Metro Line 10 begins on Cuibo Road and ends on Yisheng Road, where there are wholesale food markets packed with vendors trading the freshest fruit and vegetables from around the country.

The subway also links many attractions worth a visit. Shanghai Daily takes a look and makes recommendations.

Back in the heyday of the Qing Dynasty (1644-1911), Emperor Qianlong, the sixth emperor of the royal court, visited Hangzhou via the Grand Canal from Beijing.

Emperor Qianlong made eight southbound trips by boat disguised as a commoner. He always got off at the Maiyu Bridge dock, walking to nearby temples to venerate Buddha and inspecting nearby grain warehouses. This area is today's Dadou Road Historic Block.

However, the once-prospering watercourse declined in the 20th century. The canal turned stagnant and smelly, the temples toppled over and the dock area was in ruins.

It was not until the 21st century that the area adjacent to the canal was rejuvenated by local government, which developed the central part into a snack block with a wide range of delicacies.

Dadou Road features everything from spicy Sichuan specialties and delicate local dishes to mouth-watering hotpot and Cantonese cuisine. In addition to having great food, the street has a watertown vibe with colorful lights hung on old houses.

The district has converted the Hangzhou Iron and Steel Factory into a modern complex with creative studios, design businesses, photography workshops and cafes. It is sometimes compared to the 798 Art District in Beijing.

How to get there: Get off at Beida Bridge Station 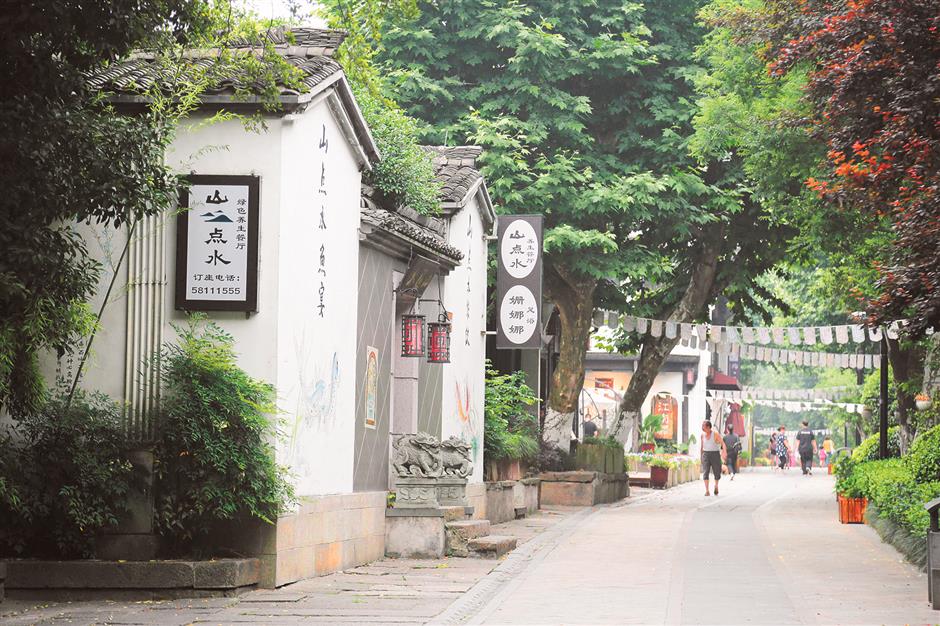 The Dadou Road Historical Block is worth a visit.

In ancient times, the canal was a thriving belt of commerce and culture. By the 1990s, however, the centuries-old waterway had lost much of its charm, as cars and high-speed trains replaced travel on rivers.

Over the years, Hangzhou has worked to revive the canal's former splendor by restoring and reconstructing many of its old buildings. Xiaohezhi Street has become emblematic of that restoration process.

The street features traditional two-story, black-and-white houses, cobblestone walkways and Oriental-style bridges and buildings that reflect the styles of the Ming (1368-1644) and Qing (1644-1911) dynasties.

Xiaohezhi Street is next to the Xiaohe River, a branch of the Grand Canal. Many residents in the area have opened small teahouses, noodle restaurants and mahjong rooms in their homes. They welcome visitors to experience authentic folk culture.

The former site of the Hangzhou Silk Dyeing Factory, which is located nearby, retains its former Soviet Union style. The factory was built along the canal but later relocated. Designers and artists have taken advantage of its distinctive architecture and industrial equipment, converting the site into a complex of modern creativity.

How to get there: Get off at Hemu Station 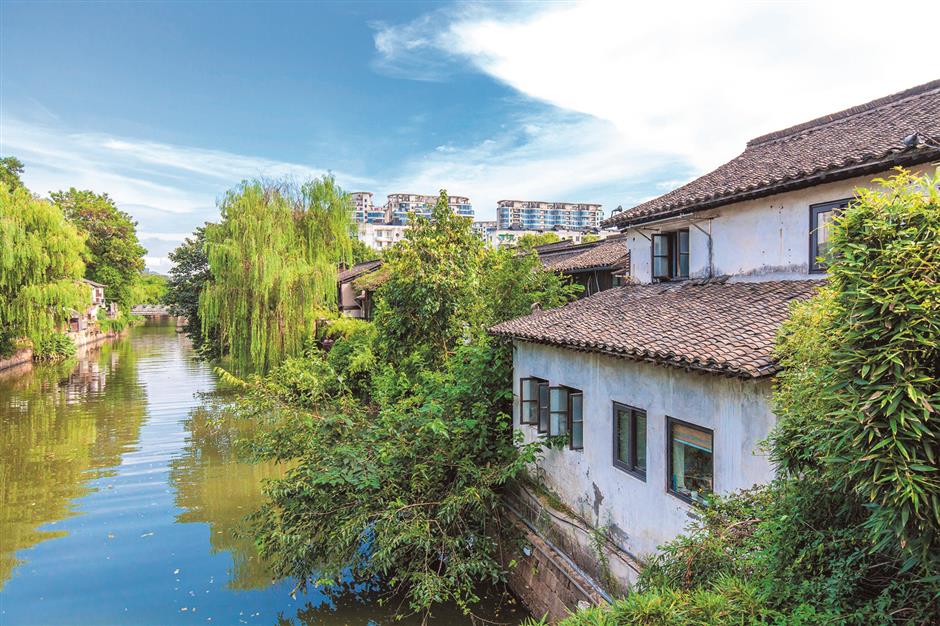 The landscape of Xiaohezhi Street

The China Knives, Scissors and Swords, Fans and Umbrella Museum

The museum nestled west of Gongchen Bridge was converted from factories and workshops, with ancient-looking exteriors and new exhibition rooms and halls. Craftspeople are invited to give lectures about fans, umbrellas, swords and other cutting tools.

Since the People's Republic of China was founded, light industry has developed and many national factories have opened in the area, including the noted Hangzhou No. 1 Cotton Mill which houses the museum.

Protected historical streets and buildings in the area maintain their original features.

How to get there: Get off at Beida Bridge Station