Run for it and be McHappy

About 5,000 children and their parents are expected to participate in this year's McHappy Run on Saturday at Shanghai Daning Park.

The event is organized by McDonald's China and supported by the China Soong Ching Ling Foundation, and runners will wear family T-shirt with sand red and white socks to support Ronald McDonald House Charities.

"This is the fifth year of the Chinese McHappy Run and its fourth year in Shanghai," said Wayne Luo, senior general manager of McDonald's Shanghai. "And this is the biggest McHappy Run of the past few years in Shanghai. The total number of participants has increased to 5,000 this year. 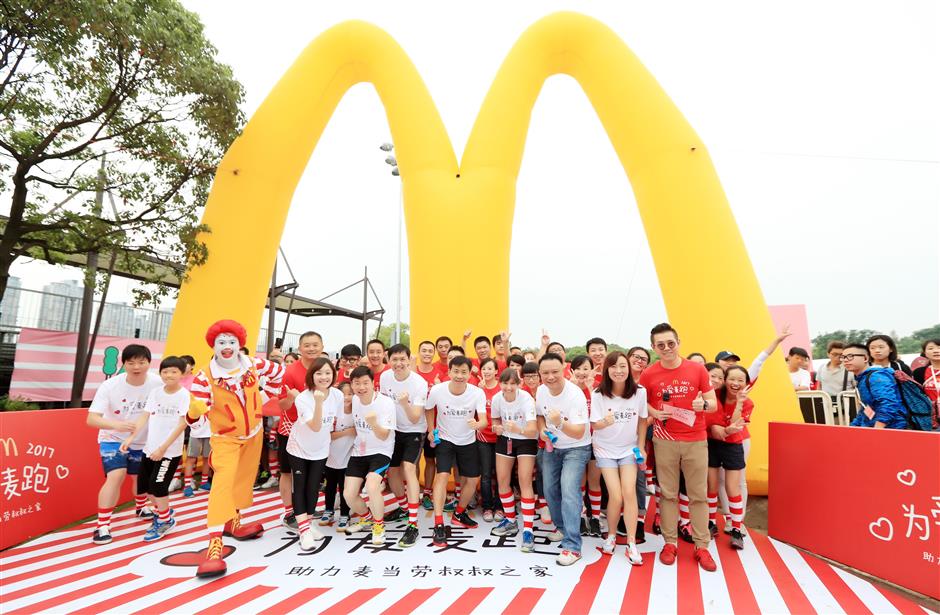 McHappy Run last year at the Century Park in Shanghai

"We are gathering more and more love to provide care and support for the families who are seeking medical care for their children in different places.

Ronald McDonald House provides free accommodation around the world for the parents of children who have to travel from their hometown for medical treatment.

The McHappy Run is a family program hosted by McDonald's that began in China in 2014 to support the daily operation and the more openings of Ronald McDonald Houses.

Only five minutes' walk from the Hu'nan Children's Hospital, it includes 17 family suites with complete facilities and had provided free accommodation and care for nearly 300 families by the end of July this year.