Leukemia doctor with the human touch 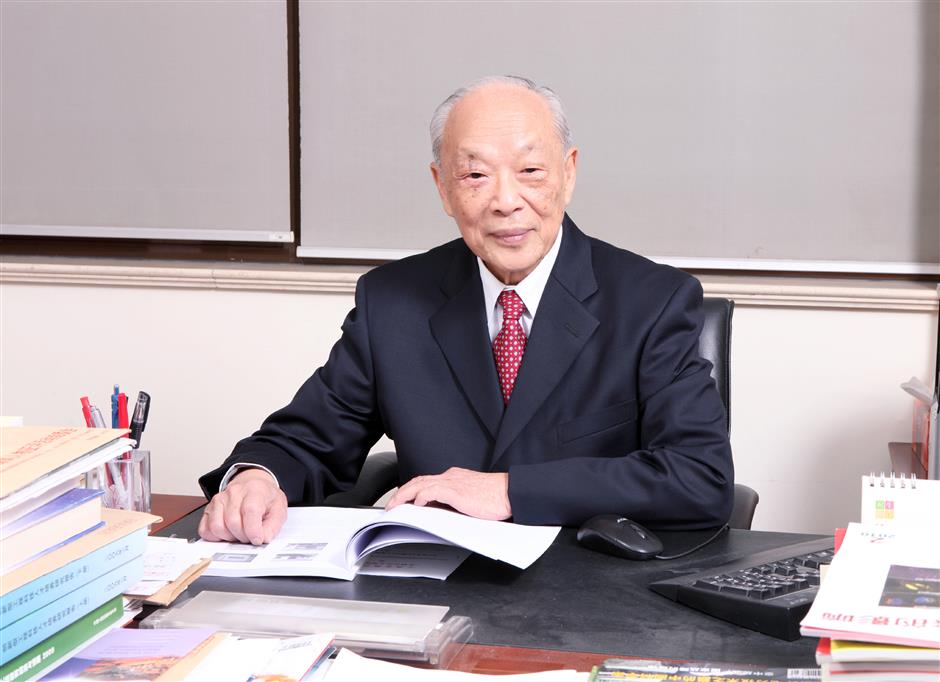 Wang Zhenyi, regarded to be “the father of the induction and differentiation of leukemia cells”

In 2015, a letter from an American woman reached professor Wang Zhenyi, a Chinese doctor known for saving the lives of patients with acute promyelocytic leukemia.

Bernadette Giandomenico, who wrote it, was a former APL patient cured with all-trans-retinoic acid, an achievement of Wang and his medical team.

APL is the most aggressive form of leukemia with the highest fatality rate. If not treated in time, 90 percent of victims die within six months.

Honored as a significant discovery in the medical field worldwide, the treatment was a great example of applying basic research results to the disease in clinical application.

“I could say ‘Thank you’ a million times,” Giandomenico wrote in the letter which also contained photos of the two babies she had after the recovery.

Wang said: “I was very touched by the letter, by her sincerity. I also wrote back to her with my best wishes.” 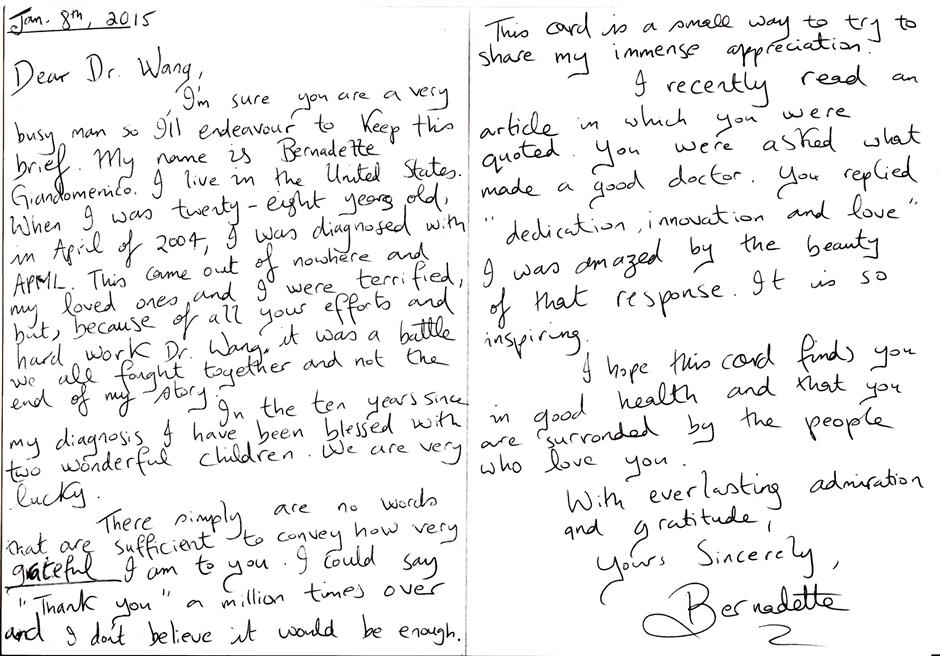 The letter from Bernadette Giandomenico

Giandomenico's two children she got after recovery from APL

He has been focusing on leukemia all his life and is honored as “the father of the induction and differentiation of leukemia cells.”

Among the first academicians at the Chinese Academy of Engineering and a recipient of the country’s highest award in science and technology in 2010, Wang is a tenured professor at Ruijin Hospital affiliated to the Shanghai Jiao Tong University’s School of Medicine.

The research results were published in the world’s top hematology journal Blood in 1988, gaining international recognition.

Reviewing his research on APL in 1978, Wang read a research paper about Israeli experts successfully testing the cellular differentiation of leukemia cells into normal cells in mice — a process where a cell changes from one type to another under certain circumstances. This paper inspired Wang to research circumstances in which leukemia cells could become normal.

But there was little progress until 1983, when Wang was inspired by another research paper which mentioned that white blood cells in patients with APL can turn into normal cells with 13-cis-retinoic acid.

However, no manufacturer in China could produce a drug with that ingredient at the time, due to the extremely high cost of importing 13-cis-retinoic acid.

A decision was made by Wang’s team to use all-trans-retinoic acid as a replacement produced by the Shanghai No. 6 Pharmaceutical Factory and later verified that it was capable of inducing leukemia cells to differentiate into normal cells.

“Different situations offered me different challenges and opportunities, but treating and curing patients is always the core,” Wang said in an interview.

In 1986, when a 5-year-old leukemia patient was sent to Shanghai Children’s Hospital, with the family crying: “Help her, please! Save her, please,” the research was still in the experimental stage.

However, after full consideration of the individual case, Wang decided to apply the treatment. The patient’s condition began to improve in one week and she was finally cured.

It is widely regarded as the first successful clinical case, and continually proven by other cases in Europe, Japan, the United States, Italy, Australia and Cuba. 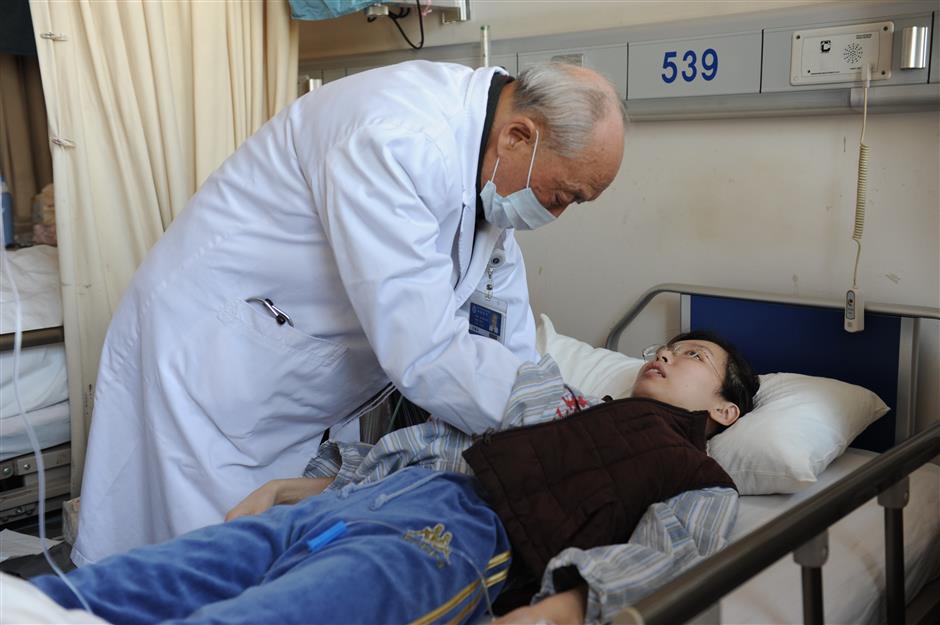 Dr Wang has a checkup of a patient.

However, to this day, Wang has yet to apply for a patent for the discovery in a bid to make the medicine affordable to all patients with APL. A box of the small yellow pills used to cost 11 yuan 30 years ago. Currently, it costs 290 yuan (US$43) and can be reimbursed via the national health insurance.

“One cannot be a real doctor if one does not possess expertise in medicine,” Wang said. “However, without a kind heart, a skilled doctor may cause harm to patients.”

One day, a young doctor reported to Wang that a patient had a good appetite. Wang was curious and asked why but the young doctor had no idea.

Wang decided to investigate and talked to family members who were feeding the patient. He learned that the family were vegetarians, and thus the patient might be lacking vitamin B12 in his diet. That was crucial to diagnosis and cure.

Making useful discoveries and helping patients are his greatest rewards, according to the doctor. Concern for patients as people, not as medical cases, is at the heart of his work.

Born in 1924 in Shanghai, Wang’s family is originally from neighboring Jiangsu Province. As a child he had a dream of a career in medicine due to the example of a family friend.

When his grandmother died of typhoid when he was 7, that only increased his determination to treat disease and save lives.

“The underdeveloped medicine could not free her from disease, and that’s when I decided to become a doctor to cure more people,” he said.

As a straight-A student, he was recruited by the Medical School of Aurora University — a preeminent Catholic university in Shanghai from 1903 to 1952, now the Jiao Tong University’s School of Medicine — in 1942. Graduating with a doctorate in 1948, Wang became a resident doctor at Hospital Sainte-Marie, today’s Ruijin Hospital.

Wang, who is fluent in French and learned English when he was in his 60s, visited the US on an academic tour in 1987. He visited top universities and medical institutes in the US, including University of Pennsylvania and St John’s University. Also during this tour, Wang met Samuel Waxman, a professor at the Icahn School of Medicine at Mount Sinai. 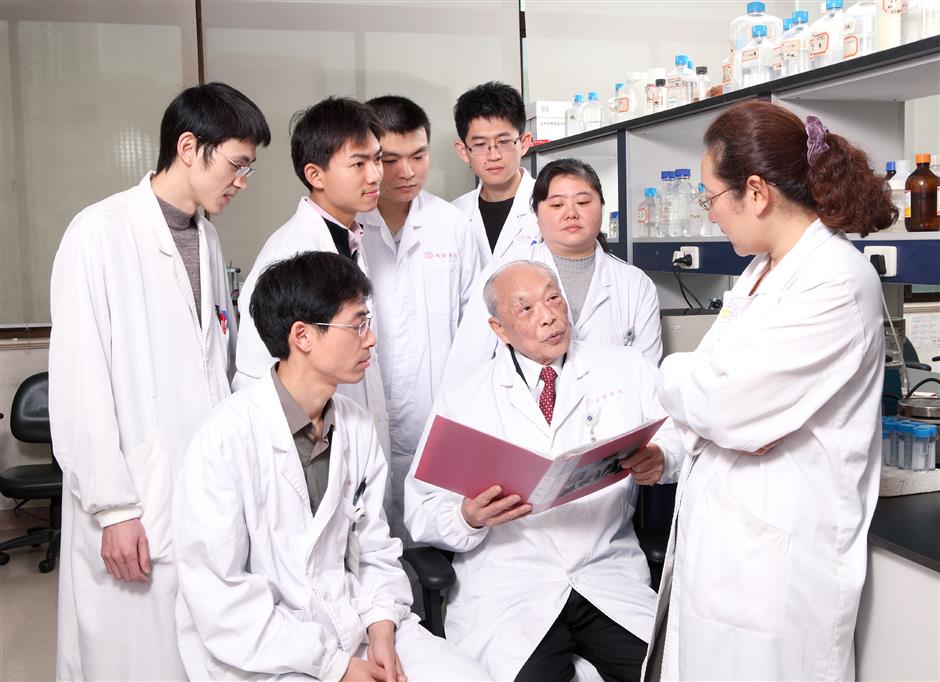 At that time Wang was director of Shanghai Institute of Hematology, which had just been founded. There wasn’t a lot of advanced equipment and Wang had to scrounge and borrow to set up a hematology laboratory.

“Conditions were very hard in the 1980s and a lot of lab equipment and materials were borrowed from other hospitals and institutes,” Wang said in an earlier interview.

“My students even had to catch rats for our experiments.”

A joint laboratory was set up in 1992 by SWCRF and the institute in 1992 and the friendship between Wang and Waxman continues to this day.

The SWCRF has provided up to US$2.5 million to the lab devoted to research on the induction and differentiation of leukemia cells.

“What’s more important is the lab opened a door and show the achievements of ours to the whole world,” said Wang.

With over 70 years of experience in hematopathology, Wang also nurtured numerous medical talents. He has also served as a lecturer at Shanghai Jiao Tong University, teaching internal medicine, hematology and pathophysiology to 21 doctoral students and 34 postgraduate students.

A number of Chinese medicine talents also benefited from the international exchanges and cooperation, including Chen Zhu, one of Wang’s students, who is also the second director of the Shanghai Institute of Hematology, and Chen Guoqiang, chancellor of the Medical School of Shanghai Jiao Tong University.