Bubbling soda elves, dancing with revived dinosaurs, immigrating to the moon with pandas ­— the vivid drawings and imagination behind the colors seem to defy the stereotypical image that Chinese children are smart but lacking in imagination and creativity.

A search for “creativity“ or “imagination” on Chinese social media platforms returns many top-click pages asking the question: “Why do our kids lack creativity/imagination?”

“The fact that we have such critical voices is an indication that our social environment is getting better in valuing the personality development of kids,” said Li Songwei, who has a PhD in psychology from Peking University and is the father of an 8-year-old.

Li said the educational environment for children is closely related to a country’s economic level and production development. As its economic level is raised, its productivity relies more on innovation and a progressive and more flexible education system will be valued instead of the classic standard one.

An increasing number of campaigns and competitions that showcase artworks and scientific innovation by children from around the country matches Li’s view.

The drawings mentioned above are among more than 12,000 paintings that McDonald’s has collected for its “Amazing Kids” campaign that began in May and will run through the end of July.

The campaign aims to encourage and showcase children’s dreams and the paintings will be taken into space when China’s Chang’e-5 probe flies to the moon later this year. 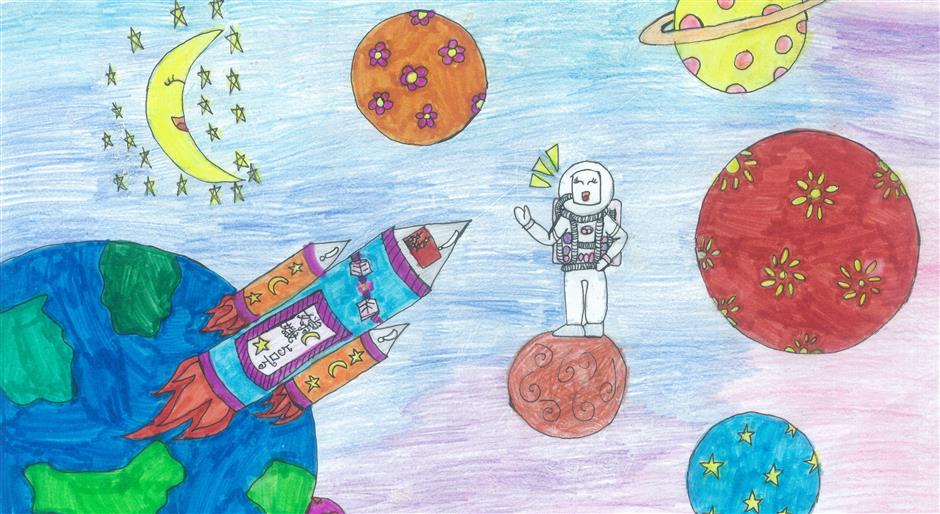 “Fly to the Universe” by 8-year-old Wang Runtong:

I want to be an astronaut, to experience a different life in the spaceship, fly around in the universe, and also enjoying the stars! 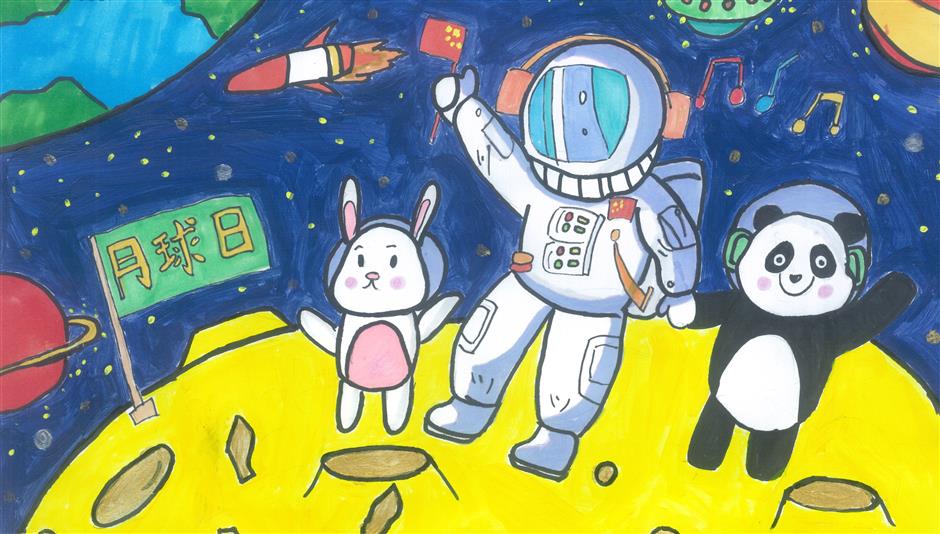 I hope one day I could immigrate with animals to the moon, including Chinese Panda, cute rabbits. I can feel free to communicate with them by then. I want to name the day we move as “The Moon Day.” Every year today we will dance to the fabulous music, and celebrate the day.

Various authorities and institutions have been running surveys and research since the early 2000s, promoting an all-round education rather than only valuing test scores.

“‘Quality education’ has been a buzzword since I was in high school in the late 1990s,” said Xu, a 35-year-old primary school Chinese teacher and mother of an 11-year-old. “There was a lot of talk about how ‘spoon-fed’ education needs to be changed and workloads for students need to be reduced, but I didn’t actually feel much as a student back then.

“I can see the changes now. In my years, it was normal to turn arts or physical education classes into Chinese, English or math classes. It’s prohibited now. There are also requirements on reducing homework, on extracurricular activities, among others. The effects are showing, gradually, but it will take years and more reforms to have even better results.”

Today’s parents are also different from their parents, indicated in top-click pages and articles about “how to nurture art skills in a kid,” “how to keep the kid curious,” or “how to make a kid more creative,” and are increasingly expanding the children’s book market.

In the first six months of this year, the best-selling children’s books on e-commerce site Dangdang.com include not only traditionally popular “educational” ones on history, classic Chinese and science, but also more fun adventure stories, cartoons and detective novels.

“There are so many choices in children’s books now, both domestic and imported ones,” said 25-year-old Lu Qian, who shares a story with his 3-year-old son every evening.

“Of course I prefer something educational in some sense, but it’s a broad definition of educational, anything that makes him curious about the world, and deepens my relationship with my son. For example, he loves dinosaurs, so we bought a lot of such books. I don’t look to him to becoming an archeologist or biologist one day, probably not necessarily a doctor or lawyer either. I want him to be successful in whatever he does. After all, there are more choices now.”

When his son is ready for primary school, the schools will be very different too, as there have been many reforms in recent years.

In January, the Shanghai Education Commission and five other government departments issued regulations to promote sports and the arts in primary and secondary schools, requiring all schools to provide classes, after-class training and other events to help develop arts and sports skills.

Each primary or middle school is required to set up at least seven sports programs and four arts programs by the end of the year, with eight sports and five arts programs in high schools.

Light up your dream 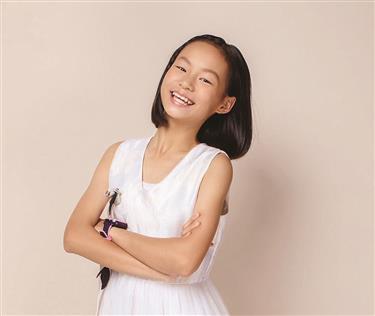 My name is Amy. My perspective of you has changed over the years.

When I was in kindergarten, I thought of you as a dream I can reach but not quite hold. I kept dreaming that one day, I’ll fly to the moon and live there. I’ll build a community and watch the Earth rise and fall like the sun.

When I was in first and second grade, I thought of you as a friend to tell my troubles to when feeling lonely. You will be there for me, no matter what. The only thing that changes because it has to, but because it wants to.

Now, I think of you as something that rarely appears in my life. But even when you appear, people hardly notice you. Now, I don’t marvel at your beauty or how faraway you are. I simply think of you when I think of you. You just fade into the background of people’s lives.

When I was in kindergarten, I used to ask my mom all the time, “Can I fly onto the moon?” She used to answer me, “Sure, remember to bring back some photos!” Now, whenever the question pops up, she just answers, “What is going on in that water-filled brain of yours? Go read a book.” Then, she goes back to her precious iPhone.

I realized that as parents, they should be encouraging, instead of diminishing their children’s hopes. This is what “Inspiring Dreams” is about — to inspire children’s curiosity. Many parents want their children to be like Elon Musk or Neil Armstrong, but the point is whether the tiger moms are as inspiring as Mrs Musk or as witty as Mrs Armstrong.

Curiosity is like the pedal to speed up the ship, whereas kindness is like the steering wheel to keep the ship in the right direction. “Youth is wasted on the young.” It’s time to keep dreaming, even if it’s a daydream.

You who shine our light.

For kids imagination can take flight.

See how a mom answers all.

Amy Niu, 11, expressed her dreams and thoughts on creativity through a letter to the moon.