Kiera Yu changed her mind about returning to her campus in the US three times in two days. The junior at the University of Chicago, who is now in Shanghai, had decided not to return to the US for the fall term and to attend online classes instead.

Suddenly, the choice was taken away from her.

Earlier this week, the Trump administration announced that students studying in the US on F-1 or M-1 visas would not be permitted to stay or reenter the country if they take only online classes. In other words, if they aren’t studying in classrooms at all, they are out.

“I’m left with the choice of facing the difficulties and stress of physically attending school during a pandemic, or the uncertainties of an unknown academic future,” Yu said. “But how would I get to the US? Where would I live? What precautions against the virus would I need to take? When would I be able to come home again?”

Yu, who had previously canceled campus housing, was anxious until she read about widespread protests against the new policy and some lawsuits against the change by many US colleges.

To her relief, the Immigration and Customs Enforcement very recently announced some modifications regarding student visas. Although the latest rules state that international students outside the US, whose schools are only offering online classes, may remain their status if they are taking remote classes and “are able to meet the normal full course of study requirements or the requirements for a reduced course of study,” Yu is still facing a hard choice as her school is practicing a hybrid mode which doesn’t fit into the new regulations.

But she became hopeful again that the decision might be reversed and she could stick to her original plan of staying in Shanghai to continue studies online.

Many international students face the same dilemma as Yu. The visa policy change poses uncertainty and difficult choices for them.

Earlier in the year, they had to choose between returning home amid a reduced number of flights and travel bans, or staying in the host country amid campus closures and lockdowns. Now, they face the choice of staying at home or returning to campus.

“It is the uncertainty that drives parents and students crazy because that makes it impossible to plan for anything,” said Felix Guan, a Shanghai-based counselor for students applying to study abroad. “For months, my colleagues and I were bombarded with questions we can’t answer with any certainty. Nobody can. Nobody knows how long these uncertainties will last.”

He added, “Technically, those who stayed in the US and wanted to do online classes may be deported. Many first-year students are not sure about their visas yet. I have had a few online sessions with parents thinking about US colleges for their children. Now they are inquiring about other countries. We just have to wait and see how this situation pans out in the next few weeks.”

There were more than 1 million international students in the US for 2018-19 academic year, about 30 percent from China. Some of them don’t have the luxury of time in deciding what to do next.

High school sophomore Maggie Xu just received another update from her school suggesting that international students planning to study in the US wait before booking plane tickets until the new rules are clarified.

Her school starts on August 29, but she needs to leave at least 28 days in advance. The US travel ban means she needs to have a 14-day quarantine, and the state of Massachusetts where she planned to study is now requiring an in-state quarantine of another 14 days. Now she is looking at third-country possibilities.

Xu may still be counted among the more fortunate. Many foreign schools have not announced their resumption dates or plans for fall semesters. Among those that have made announcements, many are setting different return dates for different grades and providing a hybrid of online and in-person classes.

The remote-lessons concept isn’t popular with all students, such as junior Linda Zhuo, who decided to take a gap year upon hearing that the majority of her classes would be held online.

“I don’t see much value in remote learning,” she said. “There are things outside of academia that I would like to explore, and the current situation provides the perfect opportunity for me to take a leave of absence and pursue other interests.”

For seniors like Ivy Liu, concern about online classes extends to job-hunting.

“It’s a serious drawback if we can’t meet with company recruiters in person,” she said. “Online interviews just can’t make up for in-person sessions.”

Grappling with a dilemma not of my own making 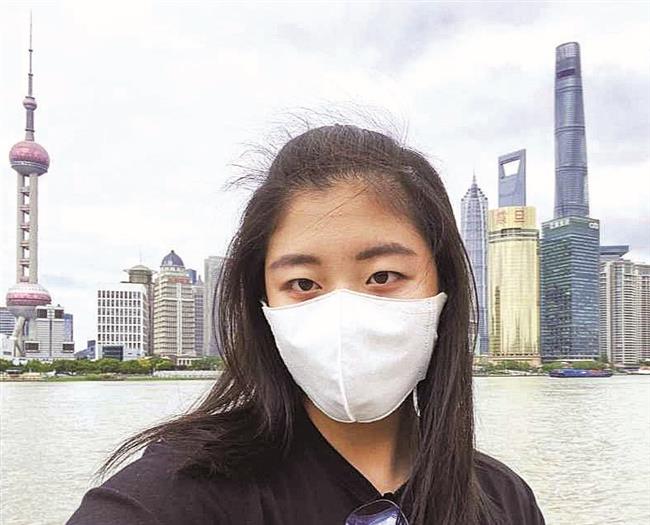 When novel coronavirus arrived in the US, most of the East Coast schools were on spring break. In early March, I read news of a case in Cape Cod, and then another article about a case in the gas station just five minutes from our school. I called my mother that night and she sent me two boxes of face masks.

In the middle of March, most of the schools in Massachusetts postponed school and required international students to return home. My friends in other schools had already bought their plane tickets, but I still hadn’t had an announcement from our school. Meanwhile, our school committee was making decisions and the campus was isolated from the outside. Our weekend activities were canceled. Domestic students could not come to campus. The gym and the sports center were closed. Food in the dining hall was contained in plastic bowls to avoid touching.

No longer than a week later, our school wrote us a letter telling us to buy a plane ticket as soon as possible. However, things didn’t go as we had hoped. Many countries enforced travel bans, which made my journey back to China much more of a problem. Finally, I transferred twice to Newark and Singapore and then back to Shanghai in late March.

I started taking virtual classes after my 14 days in quarantine. Although I lived under the same roof as my family, we were living in different time zones. I had classes from 9pm to 3am, went to sleep at 4am and woke up at around 11am. I had lunch as breakfast at the weekend and made my breakfast on weekdays. That period was a nightmare for me, so since then I’ve been looking forward to going back to campus.

As the saying goes, “The road to happiness is strewn with setbacks.” The US requires Chinese citizens to spend 14 days in quarantine in a third country before entering the country. It was a bolt of lightning for someone like me who didn’t have a visa for a third country.

The US Immigration and Customs Enforcement on Monday released new information — “Nonimmigrant F-1 and M-1 students attending schools operating entirely online may not take a full online course load and remain in the United States” and “active students currently in the United States enrolled in such programs must depart the country or take other measures.”

I couldn’t stay at home and have virtual classes for a whole year, or my I-20 (Certificate of Eligibility for Nonimmigrant Student Status) would be out of date.

Now I’m just going to wait for our next school meeting for international families to provide more support on visas and I-20 status and the school’s reaction to the ICE announcements. And there’s nothing more I can do but prepare for the next policy announced by the US government.