The bold strategies come even as the global pandemic is blamed for a decline in the nation’s vehicle exports. Prospects hang on the progression of the disease.

About 448,000 cars were exported in the first seven months of this year, down about a fifth from a year earlier, according to the China Association of Automobile Manufacturers.

"Some companies have realized that they need to further develop their overseas businesses because developed markets bring them not only sales volume but also improvement in their entire business mechanism,” said Yang Junling, director of the overseas business department at SAIC Maxus, a domestic brand wholly owned by SAIC Motor, the nation’s largest automaker.

The bright spots in the dismal seven-month export figures were green vehicles — up 141 percent — and autos that can be utilized by those fighting novel coronavirus.

In the past three to five years, Chinese car manufacturers have been eying overseas markets in order to diversify sales and rely less on a single market.

Some auto companies set firm goals for entry into developed markets such as the US and Europe in 2019 and 2020. Their targets look to long-term development rather than dwell on the short-term effects of the pandemic.

Yang said that sales and service networks and the provision of spare parts in overseas countries are very important for Chinese auto brands seeking to expand their footprints abroad.

Yu De, managing director of international business at SAIC Motor, told Shanghai Daily that the introduction of electric cars with longer driving ranges will be part of the export-expansion strategy.

Yu said that Europe is one of the principal targets for overseas exports because countries there actively promote green technologies and consumers are more receptive to switching from internal combustion vehicles. Intelligent and connected vehicles also figure prominently in the company’s export plan. 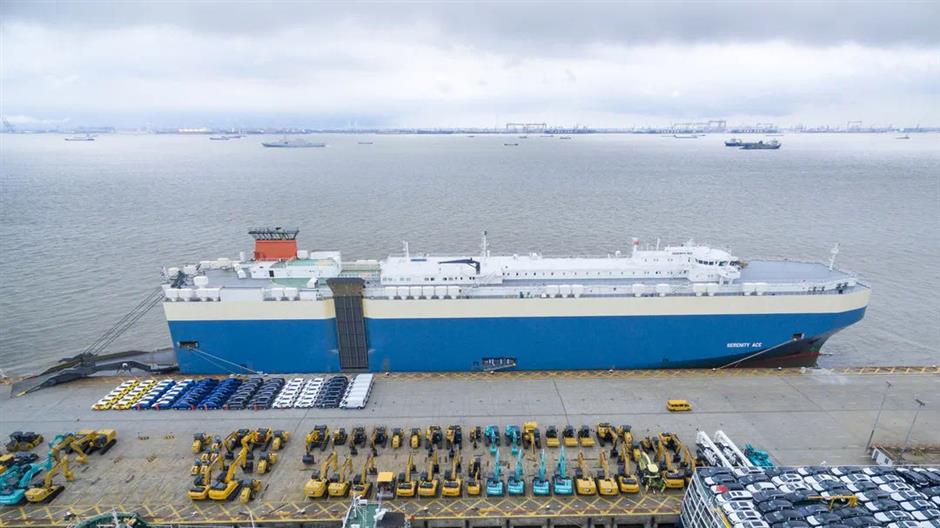 Fu Bingfeng, secretary-general of the China Association of Automobile Manufacturers, predicts that Chinese automakers will be global leaders in the export of smart and connected vehicles in five years. In a break from the past, Chinese car exports won’t rely only on low cost to attract overseas buyers, he said. They will also offer advanced technologies, designs and quality.

SAIC Motor said its market share in all overseas countries in the first half of this year increased from the same period last year. It sold 132,000 vehicles, with 79,000 of them in the company’s own brand. That was a 17 percent increase.

Aiways, a 4-year-old, Shanghai-based electric vehicle startup, exported 500 of its electric U5 sport-utility vehicles to France in May, which were put into service as rental vehicles in Mediterranean tourist spots.

The company started selling the U5 in Germany in August and plans to expand sales to Norway, Switzerland and the Netherlands in coming months. 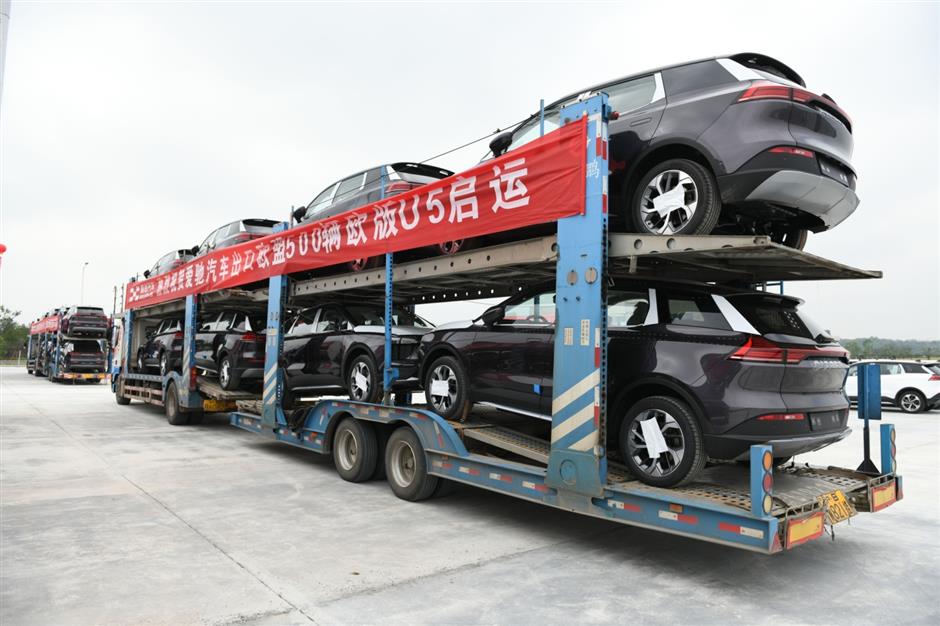 Aiways, a Shanghai-based electric vehicle startup, exports 500 of its electric U5 sport-utility vehicles to France in May.

"It proves that Chinese car companies have the strength to enter the European new-energy vehicle market," said Chen Jingyue, secretary-general of the China-Europe Association for Technical and Economic Cooperation.

The COVID-19 pandemic has opened some new opportunities.

In July, Beijing Automotive Group Co and Kuwait signed a contract for delivery 500 D20 hatchbacks designed to meet the needs of those working in the fight against the pandemic. The automaker said the vehicles can be used for medical transport and materials distribution.

Xu Heyi, chairman of Beijing Automotive, said the deal with Kuwait was signed in a short period of time. In order to ensure the vehicles can be put to use as soon as possible, the company delivered them ahead of time.

Zhang Xiaofeng, an independent market analyst, said a critical but unknown factor is the risk of second waves of the disease. France, Spain, Italy and the UK are reporting a recent resurgence of cases.

In light of that, automakers need to strengthen risk management and keep costs under control, Zhang said.