WorldSkills Museum has own history to tell 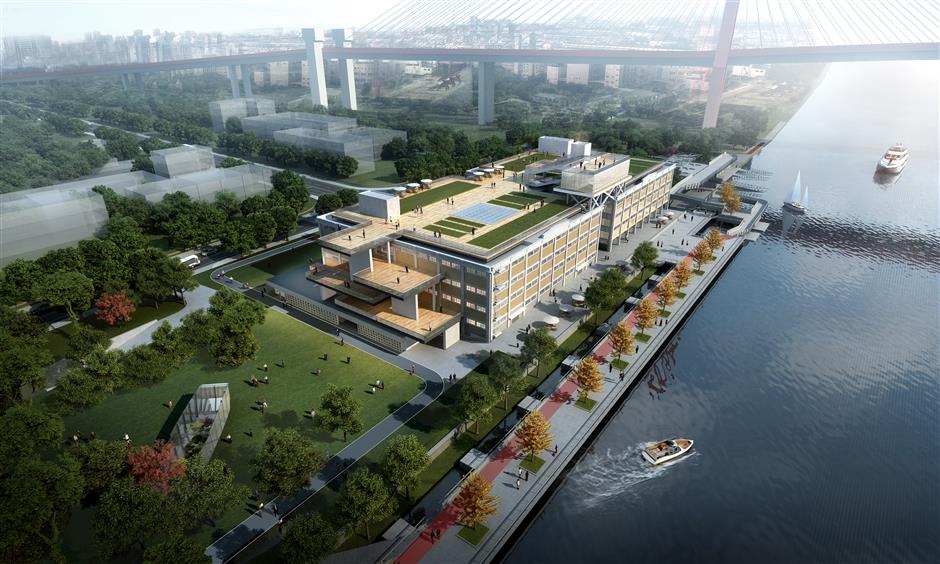 An artist's-rendition of how the new WorldSkills Museum will look when it is completed next year.

Visitors to Shanghai for the 46th WorldSkills Competition next year will also be able to enjoy a trip to a new WorldSkills Museum on Huangpu River waterfront in Yangpu District.

The location of the museum was carefully selected to demonstrate how important skills are in promoting industrial and economic development.

Yangpu is known as the cradle of modern industry in China, where a British company built the country’s first modern water plant — Yangshupu Waterworks. It was designed by British architect J.W. Hart and put into use in 1883.

The Wing On No. 1 Cotton Mill, built in 1921 by Chinese merchant brothers Kwok Lok and Kwok Chuen was one of the successful in the district.

The brothers set up the Wing On Department Store, one of the four big Chinese department stores on Nanjing Road at that time.

The roar of the 700 machines in the 40,000-square-meter mill used to be one of the live demonstrations of the city’s booming modern industry.

The twin buildings, which cover about 20,000 square meters and will be home to the museum, were the mill’s warehouse built in 1930.

The structures were unique in being supported by octagonal prism concrete reinforcing pillars without beams. Batches of goods were transported from the inconspicuous grey buildings every day, and the unremarkable wharves and warehouses were tightly linked to the flourishing national industry of the day.

The original appearance of the Wing On Warehouse

The Wing On Warehouse was occupied by the Japanese army in 1937, and Shanghai No. 29 Cotton Mill took it over after the liberation of the city.

Today, the Wing On Warehouse is one of the 64 non-movable historic relics in Yangpu under protection status.

In 2017, the 2.8-kilometer Huangpu River waterfront in south Yangpu was completed while the Wing On Warehouse under the Yangpu Bridge was also restored to its original appearance as one of the key scenic spots in the area.

The inner structure and rust remained to show its history and the water tower on top of the buildings was rebuilt according to historical photographs.

The warehouse is being renovated.

On October 14, 2017, the Chinese delegation told a news conference in Abu Dhabi in the United Arab Emirates that Shanghai, as the host city for the 46th WorldSkills Competition, would be building a WorldSkills Museum.

On May 2, 2018, the Wing On Warehouse was selected as the site for the museum.

On June 12, 2018, China’s Ministry of Human Resources and Social Security, the Shanghai government and WorldSkills International signed an agreement to jointly build the museum.

Artist's renditions of the future look of the WorldSkills Museum.