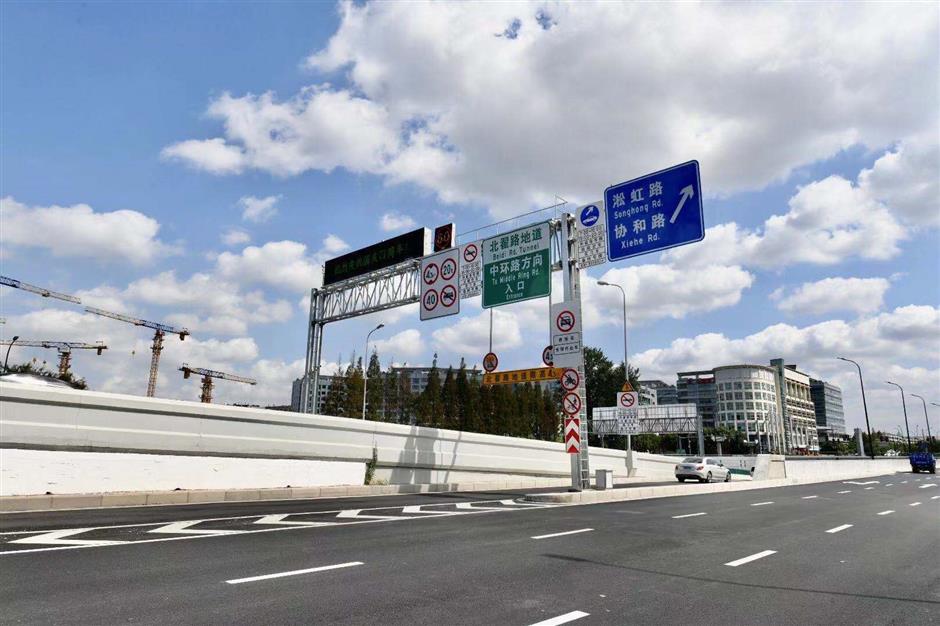 Beidi Tunnel, along with Beidi Road, is a key transport artery connecting the Outer and Middle Ring elevated roads.

A mega event such as the China International Import Expo (CIIE) is a litmus test of Shanghai’s transportation system, the smooth operation of which requires comprehensive planning.

As the import expo draws near, work around the city has entered a critical phase in preparation for a better traveling experience.

By the end of October, 29 road projects will be completed, including the already finished Beidi Road and North-South Elevated Road from the Outer Ring to Luban Overpass.

The new 2.3-kilometer Beidi Road leading to the National Convention and Exhibition Center, the main venue of the expo, also passing Hongqiao International Airport, started to relieve nearby traffic pressure during the recent National Day holiday.

According to Wu Huaqi from Chengtou Group, the project's main contractor, it's now 30 minutes faster to drive between the Outer and the Middle Ring elevated roads.

“We saw a growing number of vehicles on Beidi Road during the holidays as some closed sections have also reopened. In the next 20 days, tasks left include improving facilities alongside the road, as well as the greenery,” said Wu.

Markings and indicators on major elevated roads and around the venue will be repainted with non-slip, high-visibility materials, further enhancing the safety of driving.

According to plans, crosswalk lines on over 200 main roads will also be renovated by the end of this year. 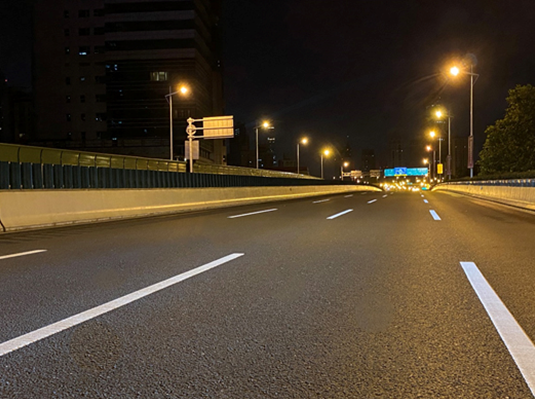 A total of 20 parking areas around the expo venue will be in service, as well as 17 near the Hongqiao Business District, together providing spaces for over 10,000 vehicles.

As the only newly built parking lot for this year’s expo, P15 is under the final process before official operation.

The mapping of parking areas was deliberately designed to avoid traffic congestion, with regard to emergency spaces for fire engines and ambulances.

“We have to figure out how to separate the entrances and exits for vehicles, by expanding pickup space for buses and setting up special paths for motor vehicles from pedestrians,” said Zhu Feng, deputy manager of Xujing Urban Construction Company.

According to the city’s road transportation center, apart from special areas requiring registration and allocation, parking spaces are open to the public through reservations.

Individual drivers can reserve beforehand through the Shanghai Parking app, to be launched soon. Special guidance and signs will also be placed along the roads and around the exhibition halls. 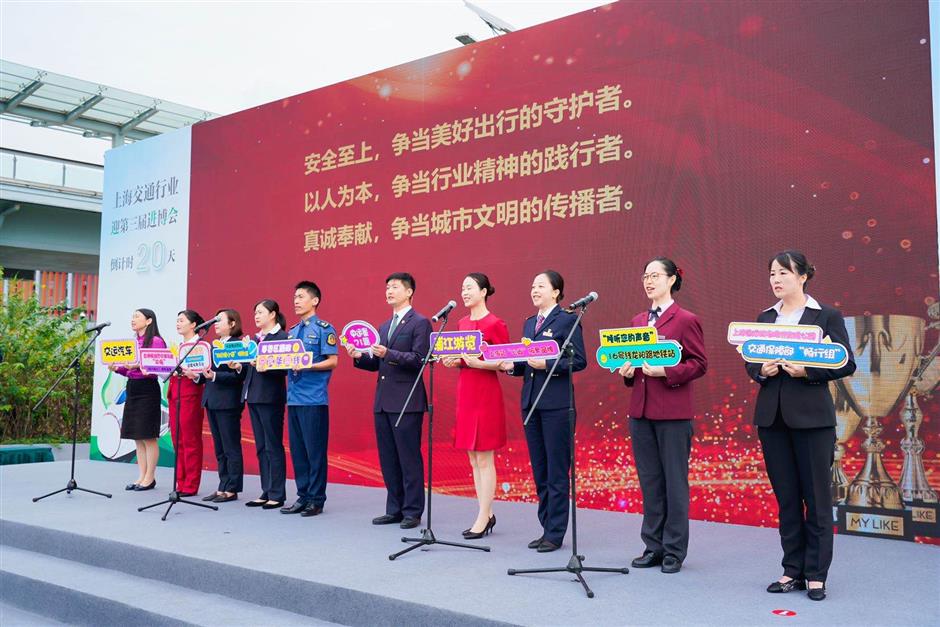 In order to promote green travel, officials encouraged passengers to take public transportation during a countdown ceremony held on Thursday by the transportation commission.

Five residents and five bus drivers were awarded as "green ambassadors" for their participation and contribution to the green initiative.

According to the commission, the CIIE is an opportunity to push forward the public transportation priority strategy and improve its service.

“With a more comfortable and convenient experience of green travel, more citizens will accept this concept and lifestyle,” said Fang Jin, a bus driver of Line 71 among the green ambassadors.

Metro lines 2, 10 and 17 have already made operation plans to cope with huge passenger flow.

A total of 113 stations have also been refurbished regarding signs, restrooms and walls.

During the six-day event, a total of 2,500 new-energy taxis and a hundred standby buses will also be provided to relieve pressure on Metro lines.

Bus route 71 will extend to the expo center, along with three extra shuttle buses traveling between the center and key Metro stations. 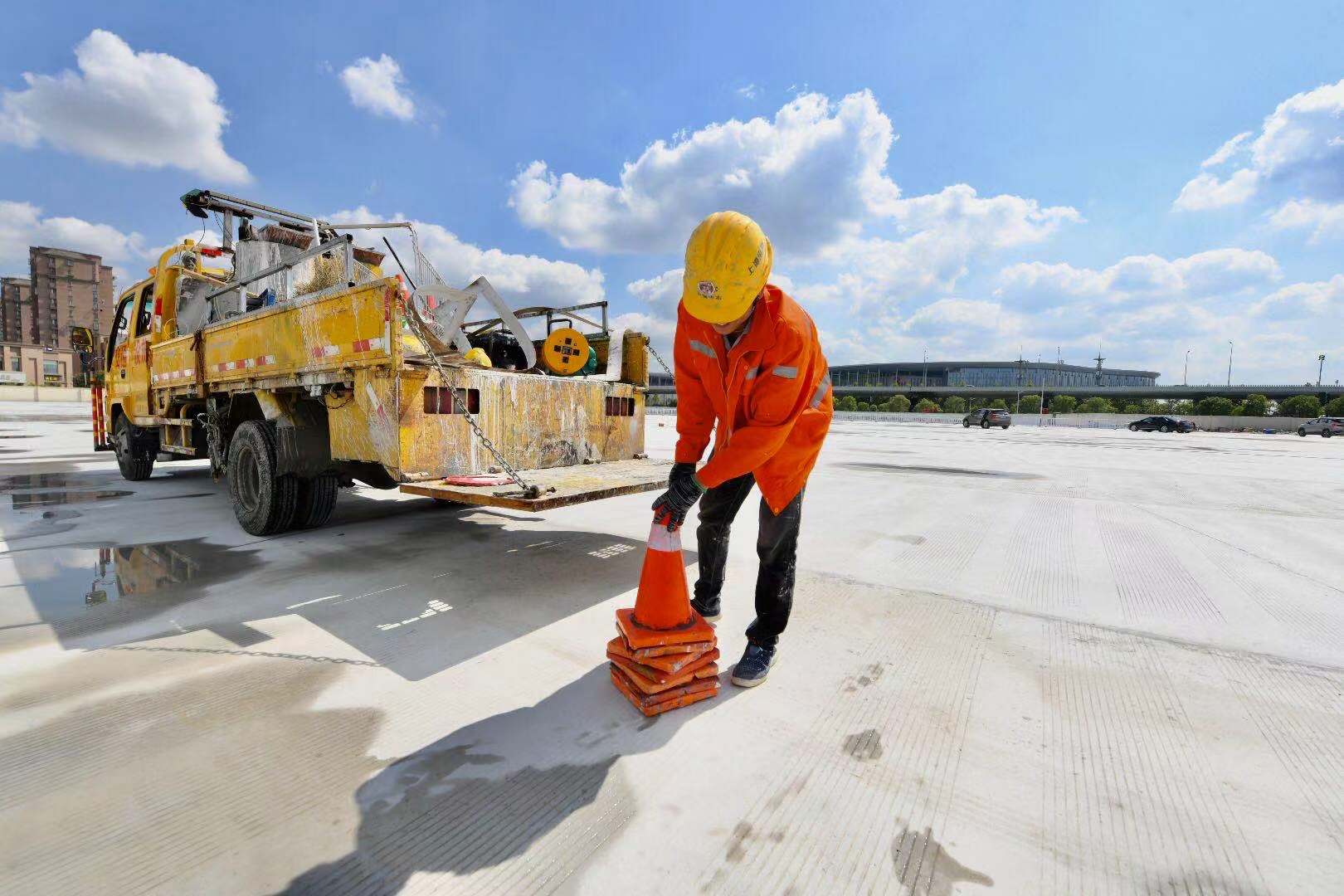 To improve health measures during the expo, a front-line bus command center has been upgraded with monitoring functions.

With backstage intelligent management systems, the mobile center aims to improve efficiency in case of emergencies.

Strict health measures should also be followed by all bus and taxi drivers regarding daily disinfection, masks and temperature check.

Passengers are encouraged to keep taxi receipts for tracing close contacts in case of infection.

Bus drivers are required to make ventilation; while in taxis, windows should be open for at least three minutes after each ride.