Cruise industry seeks to stay afloat in a pandemic-scarred world

Many cruise operators are planning a gradual return to sailing, with a watchful eye on the China market and new global outbreaks of COVID-19.

Domestic tourism in China is showing a strong recovery from the coronavirus pandemic, but its spill-over effect on the cruise industry has yet to be tested.

"Though impacted heavily by the COVID-19 outbreak, the nature of people to pursue social togetherness and the huge potential of the cruise industry will not be reversed by the pandemic,” said Liu Zinan, chairman of Royal Caribbean Cruises Asia. “Cruises are a driving force of the tourism industry."

Cruise ships around the world were the sites of the earliest clusters of infection earlier this year, forcing cruise operators to shut down operations and countries to close their ports of welcome. A new wave of novel coronavirus infections sweeping the US and Europe won’t help consumer confidence in the short run.

A recent report in Britain’s Daily Mail showed photos of five large cruise vessels from the US, Britain and Italy crammed into a dock at a Turkish break-up yard awaiting dismantling for scrap metal. Carnival Corp has announced it is removing 13 ships from its fleets this year.

Shanghai officials, however, remain upbeat about the future of the industry once the world emerges from the pandemic. China was the largest emerging cruise liner market before COVID-19 struck.

To allay consumer fears, cruise ship companies and terminals are going all out to demonstrate steps they are taking to ensure the health and safety of passengers.

However, the ultimate fate of the industry depends on consumer sentiment. Many potential cruise passengers are taking a wait-and-see attitude.

"Previous reports on COVID-19 outbreaks on cruises cast a shadow, but if safety measures are guaranteed and the cruise journey is operated within China, I may consider a cruise, but not right away,” said Shanghai resident Yang Jun.

"I am interested in ‘nowhere cruises’ that stay at sea, which would be perfect for family trips,” said Li Wenmei, another Shanghai resident. “But I need to think twice about it because of potential hazards from an indoor environment." 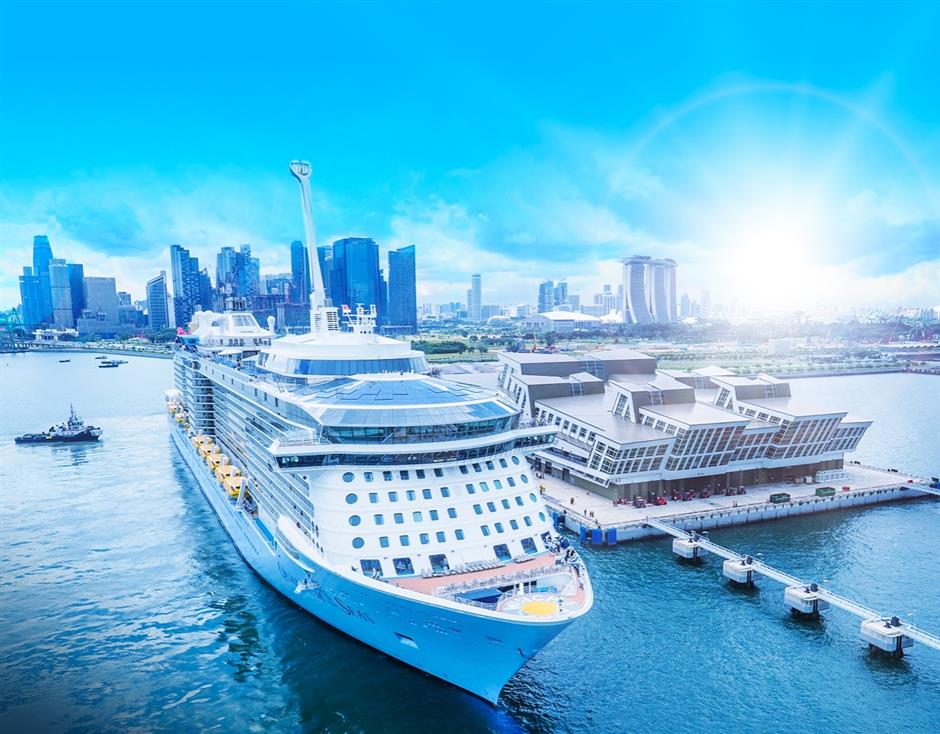 Quantum of the Sea

Liners that use Wusongkou as their home port are expected to launch onshore tourist activities to publicize their return to operation, according to the district government. Many cruise companies have expressed their hopes of restoring operations as soon as possible, it said.

"The pandemic has had a great impact on the world's cruise line industry, but this has been temporary setback and doesn’t change the long-term positive trends for the sector,” said an official in Baoshan.

The Wusongkou terminal is the busiest in Asia and the fourth-largest of its kind in the world. It can berth four luxury liners at one time.

Since its opening in October 2011, the terminal has welcomed 2,200 cruise ships carrying over 13 million passengers. Several liners from the world's top cruise liner companies — Carnival, Royal Caribbean, Norwegian, MSC and Genting — have made their maiden voyages in Asia from the Wusongkou terminal.

All cruise liners operating at the port have been suspended since January 30 to prevent the spread of the coronavirus outbreak.

The terminal received the last eight luxury cruise liners between January 22 and 29, carrying 30,595 inbound and outbound passengers, along with over 10,000 crew.

When cruises resume, ships will be allowed to berth at the port only under strict coronavirus prevention measures, with the approval of national authorities.

According to local plans, returning cruise liners will serve as "floating resorts," inviting tourists to go onboard and use their theaters, gyms and restaurants and swimming pools, all under strict COVID-19 prevention measures.

With operations of most cruise liner ports suspended during the pandemic, foreign crews have been forbidden from disembarking on foreign shores. The Wusongkou terminal allowed entry of Chinese crew members of the Quantum of the Seas liner in April, after they had been at stranded at sea for over 60 days. All of them tested negative for the virus. 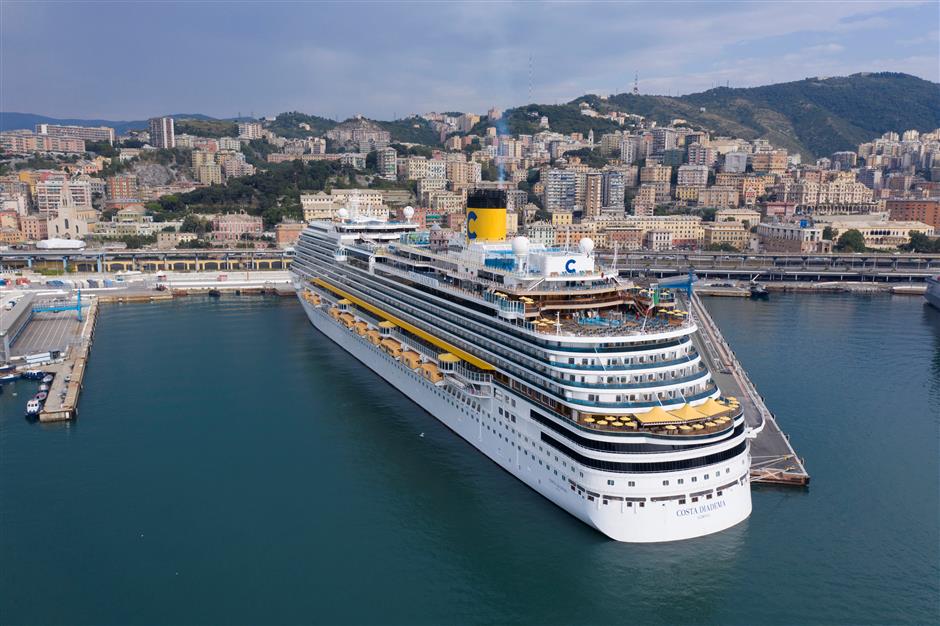 Royal Caribbean has announced it will begin operating a series of “cruises to nowhere” from Singapore, beginning on December 1.

It will offer three-to-four-night “ocean getaways” on Quantum of the Seas. The cruise ship will remain at sea for the duration of the cruises, which are planned from December through March.

The new sailings are exclusive to residents of Singapore.

"We have been actively preparing for the resumption of sailings in China, with massive efforts on a focus on ‘healthy-return’ protocols and close communications with relevant authorities regarding the resumption policies," said Liu with Royal Caribbean Cruises Asia.

Royal Caribbean said it will educate passengers about health and safety procedures before they board cruise ships. For starters, the ships will sail at 50 percent capacity, with upgraded cleaning standards and medical facilities.

Italy-based Costa Cruises restarted its operations from Italian ports in early September. Its cruise ship Costa Deliziosa departed from Trieste on a one-week cruise, with stops such as Bari, Brindisi and Catania. Costa Diadema cruises departed from Genoa in mid-September.

"We've been working together with the authorities on implementation of the new health procedures that will allow our guests to make the most of their cruise experience while ensuring maximum safety," said Michael Thamm, chief executive of Costa Group & Carnival Asia.

"Meanwhile, we're continuously monitoring the situation with a view to gradually reintroducing cruising on more ships from October, with itineraries extended to include guests from our other markets,” he said.

Passengers are also required to fill out health questionnaires. Prior to embarking, crew members are quarantined for 14 days and undergo molecular swab tests at regular intervals.

For destination stops, passengers are subject to temperature scans before leaving and rejoining the ship.

On board, performance audiences will be smaller. Buffets are out for the time being, replaced by seated dining and staggered meal times to allow for social distancing. Facilities such as spas, pools and children’s activities will be limited in number at any one time.

Costa has recently announced its 2021 itineraries. Among them, three ships will be deployed on a regular basis in the western Mediterranean, and cruising in Northern Europe will resume next summer.