The silver lining for coping with life as we get older

The problem when you get old is that services you may need and social activities you may crave can be scattered across a wide area, making it difficult to get what you need for those comfortable “golden years.”

That is changing in Shanghai, and Huayang Subdistrict Care Complex is an example of the future.

The complex, due to officially open next week, provides a “one-stop” host of services for seniors living nearby. The idea is to aggregate care and services for the elderly under one roof so they don’t have to travel around to different locations. 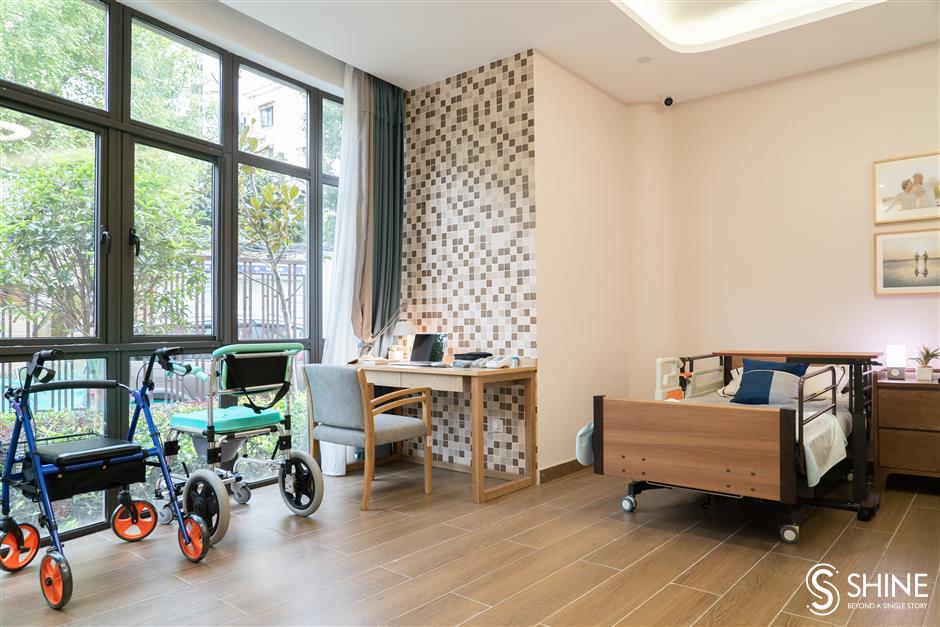 The four buildings in the new complex each target different age groups and needs. One is for long-term care and temporary care for up to three months; one is for clinical and day care; one is devoted only those suffering from Alzheimer’s; and one is for younger seniors, defined by the city’s civil bureau as “energetic elderly.”

“We surveyed 2,000 elderly people in our neighborhoods to ascertain their needs,” said Chen Ying, Party secretary of Huayang. “The absolute majority said they don’t want to leave home, family or community to go into an unfamiliar environment. Their top needs include nursing care, day care and food services. These facilities are all available in this new complex.”

Chen added that the complex also focuses on residents’ emotional needs, such as feeling connected and respected, and on the desire of many to showcase their talents.”

Although the new facility doesn’t officially open until next week, area residents have already been sampling what it has to offer. 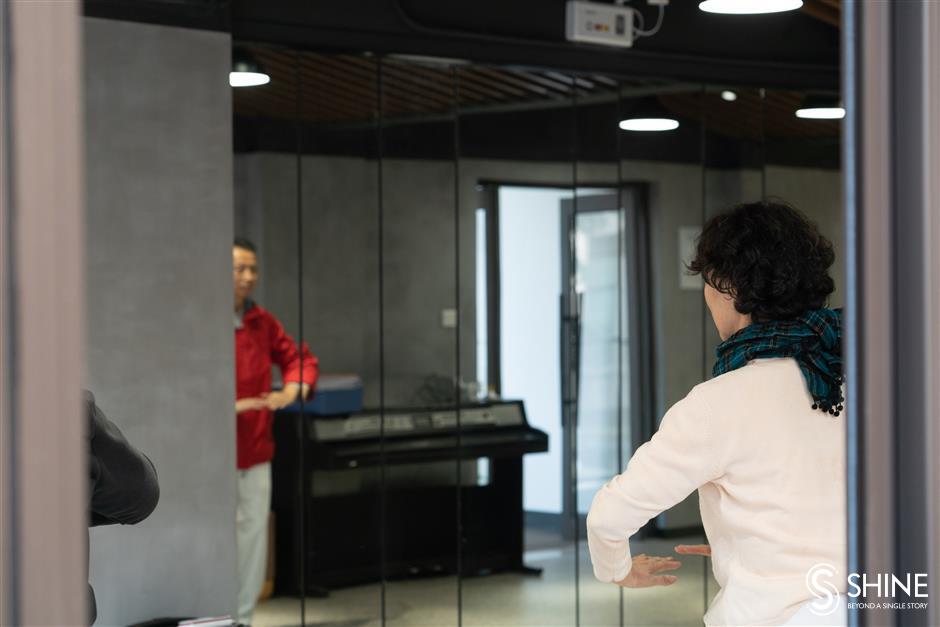 Four “energetic elderly” women gather in the first-floor cafe of Huayang for a chinwag. The coffee machine there serves up different types of drinks, priced between 5 and 8 yuan (75 US cents to US$1.20).

In a second-floor rehearsal room with an entire mirrored wall, two women and a man, all in their mid-60s, are practicing tai chi. They said they live about 10 minutes away and used to practice in a nearby park. The new venue delights them, especially the mirror that allows them to observe their movements.

The subdistrict, in the city’s western Changning District, has about 27,000 residents 60 years or older, comprising about 42 percent of the population. Among them, 18 percent are over 80, and there are 18 centenarians. The eldest is a 105-year-old calligrapher who has suffered two bouts of cancer.

Its demographics reflect the city’s rapidly aging population amid increasing life expectancy, according to Chen Yuebin, who is in charge of elderly care at the Shanghai Civil Affairs Bureau.

“Shanghai was the first city to experience the aging population in China, starting in 1979, so we have long been exploring different ways to help the elderly,” Chen said. Many of the methods we have pioneered have now been adopted nationwide.”

In 2005, Shanghai proposed the “90/7/3” program. It aims for 90 percent of the elderly population to remain in their homes, with some outside assistance, 7 percent to receive community care services and 3 percent to go into homes for the aged. 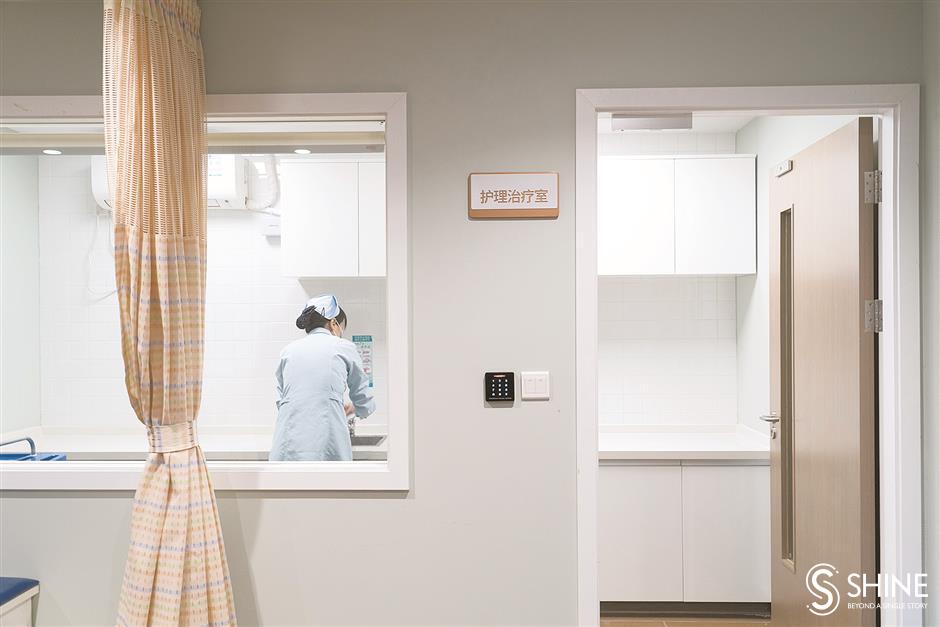 Chen Yuebin said one of the city’s innovations is the idea of integrated community care. He compared it to the“continuum of care” concept in the US, where a single facility serves a resident through the progressive stages of good health to deteriorating condition.

“Our plan is to integrate such elderly friendly communities into existing neighborhoods so they can enjoy different options nearby,” Chen explained.

Huayang was formerly a standard nursing home housing 82 elderly people. The residents were moved to a nearby care home facility while reconstruction was underway. They moved back into the renovated center last month, under strict visiting rules implemented by the city due to the coronavirus pandemic.

Shanghai somewhat surprisingly had no clusters of COVID-19 cases during the outbreak because of strict health and safety regulations. Visitors are still restricted. Staff and social workers have helped arrange video visits between patients and their families and friends.

Huayang will soon boost its user-friendly credentials, allowing for full handicapped access. For elderly still living in their homes, a subsidy of up to 3,000 yuan is available to install home improvements like ramps and guardrails.

The complex also offers leasing services for items that may be needed in homes, such as electronically adjustable beds, mirrors adjusted to wheelchair angles and alarms in bathrooms and bedrooms that can be connected to the mobile apps of relatives or institutions.

“These complexes and services are all government-subsidized, Chen Yibao said. “We also encourage social groups and private companies to participate through donations or volunteerism,”

He added, “In Shanghai, about half of the elderly care institutions are run by private companies, some of them foreign. Government-subsidized facilities are less expensive and cover the needs for many.”

No less than 60 percent of the proceeds from Shanghai’s lottery are earmarked for elderly care services.

With such an increasing focus on the elderly, the issue of staffing comes up. There aren’t enough qualified people to fill all the jobs required. The city is now building its first government-certified training center for care workers.