Yang Quanfu, 55, recently took his 89-year-old mother for an evaluation to determine her need for some level of assisted care. He is torn between sending her to an elderly care home or tapping into Shanghai’s expanding in-home care services.

Yang admitted his filial duty weighs on him.

“I’m the only son of five children, so traditionally I should be the one most responsible for her care,” he told Shanghai Daily. “It may sound a bit selfish, but I also want to enjoy my own pending retirement. I certainly don’t expect my child to take care of me someday. He simply couldn’t afford to.”

Yang’s hesitation encapsulates the country’s changing demographics and attitudes toward elderly care as the baby boom of the 1960s and 1970s retires, adding to China’s rapidly increasing aged population.

TouTiao, one of China’s most popular mobile news platforms, did a survey of online search words, broken down by age, last year. For Yang’s generation, the top search was “pension calculator.” Other platforms also found top search phrases for that age group included “health care,” “wellness” and “health food.”

Yang, who gets most of his information from the Internet, said he commonly reads articles about how to have a healthy lifestyle, how to plan for retirement and where to plan holidays. 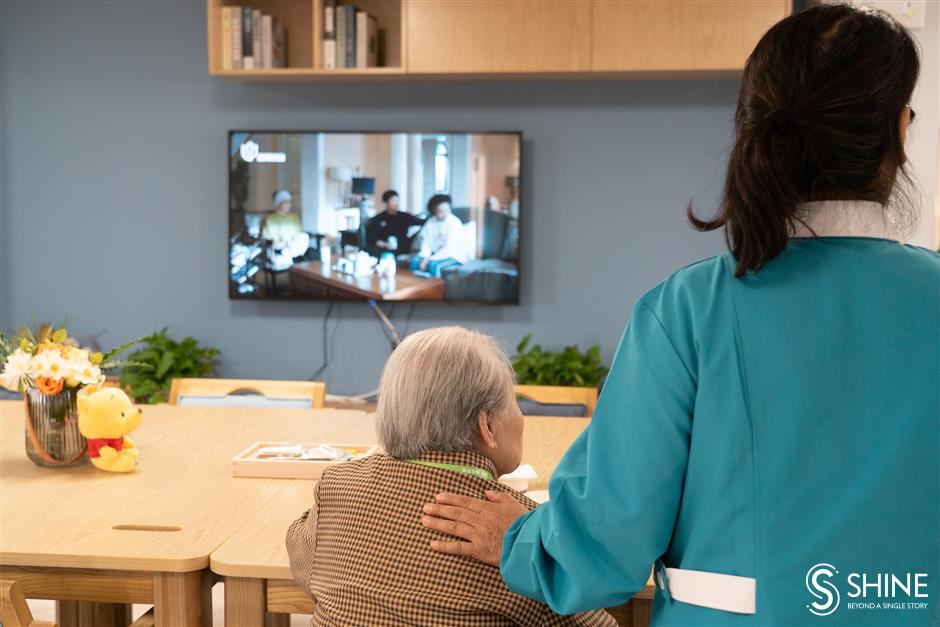 New care institutions in Shanghai also focus on the emotional needs of the elderly and their desire to feel connected and respected.

A recent Credit Suisse report estimated that about 245 million people, or about one-fifth of China’s population, will retire over the next 10 years. That’s roughly equivalent to the combined populations of South Korea, Spain, Canada, Australia, Chile and France.

Credit Suisse surveyed 1,000 of “China’s baby boomers” between the ages of 49 and 60, and compared their answers to those from 500 current retirees. The report found the boomers more willing to spend on things such as health insurance, dietary supplements and travel.

Some of these trends have already been seized by companies in those industries. Ctrip has a page earmarked for group tours targeting the elderly people. They are titled by names such as “parents tour.” Many of these packages offer a discounted price for those 55 years or older.

Alibaba’s Tmall has between 150 million to 250 million users aged over 60, according to Ji Yun, the company’s general manager for cosmetics and personal-care products.

Ji said older users formerly visited the site three to five times a month, but that frequency has now increased to up to five times a day. Some of that increase is attributed to the stay-at-home effect of the coronavirus pandemic.

“There is lack of supply in terms of product categories and products of different prices or functions,” he told a conference on the “silver economy” a few months ago. “There is great potential in this area.”

The next decade is an important window for us to respond to the rapidly aging society.

A report released by China Development Research Foundation last week said that by year 2050, nearly 500 million Chinese will be 60 years or older, comprising a third of the population. About 350 million will be over 65.

“The next decade is an important window for us to respond to the rapidly aging society,” said Feng Wenmeng, research director of the foundation.

He said regional, educational, and gender differences need to be taken into consideration when issuing new policies related to the elderly.

Chinese academics generally agree that there have been three “baby booms” since the founding of the People’s Republic of China in 1949.

The first, in the 1950s, was the result of government policies encouraging parents to have children. As a result, the average family had four or five children, with the population surging by nearly 300 percent.

The second and largest baby boom started in 1962, right after three years of natural disasters. More than 20 million annual new births were recorded in most years up to 1973.

The third wave, called the “echo baby boom,” occurred between 1986 and 1990. Under the then “one child policy,” it was the result of the first two swells of “baby boomers” having children.

I simply don’t want to retire and rot at home. After that, I will live off my pension and insurance. I have a good daughter, but I don’t want to be a burden for her.

China’s rapid growth also led to distinctive differences as each generation grew up.

“We were, and still are, very different from our older university classmates,” said a 58-year-old surnamed Xu, who just attended a reunion with some 20 old classmates.

“I was too young to remember the ‘cultural revolution’ (1966-1976),” he said, “and I was among the first to wear boot-cut jeans and aviator sunglasses, and listen to rock music on Shanghai streets in the 80s.”

When he entered college in 1980, about half of his classmates were those who had missed university during the “cultural revolution.”

“I was lucky, compared with earlier generations, to have come of age right around the time China started its reform and opening-up policies in 1978,” he said. “New ideas and fashion flooded in, and we were more than eager to absorb them. I was also lucky, compared with later generations, to buy my first apartment in my late 30s, shortly after the housing reforms of 1998.”

Xu, the deputy head of a state-owned company, has just submitted a retirement application ­— two years before the required age of 60. He wants to start his own company and begin a new journey in life.

“In some countries, 60 is not old at all,” he said. “I’m healthy, I’m tech-savvy. I feel young and energetic. I simply don’t want to retire and rot at home.”

Xu said he thinks he will work until he is 80.

“After that, I will live off my pension and insurance,” he said. “I have a good daughter, but I don’t want to be a burden for her. The 90s generation have enough on their hands.”

As a supplement to his pension, Xu bought a commercial health insurance plan five years ago and is now looking at long-term, nursing-care insurance available in Shanghai. 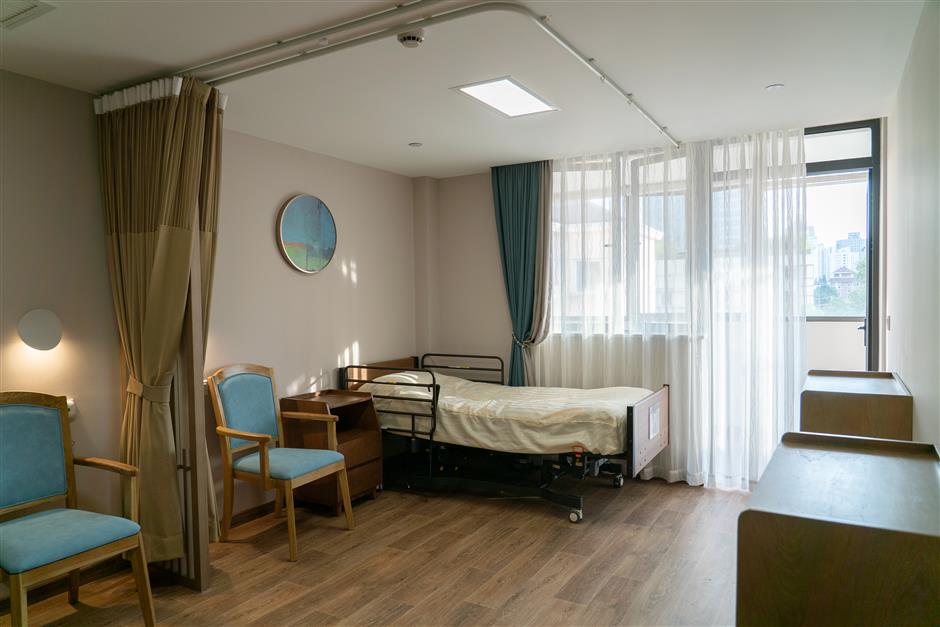 The latter program, which went citywide in 2018, benefits 391,000 senior citizens, according to city data up to September. It’s aimed at citizens 60 years and older who may need long-term care at home, in a nursing home or in a hospital at some stage, and is available if they are covered by public medical insurance.

That’s the same program that Yang is considering for his mother. It requires an evaluation of an applicant’s health and care needs, divided into six levels. Different care packages and insurance-subsidized prices for in-home helpers and medical workers are provided for those between levels two to six.

Services range from helping older residents with tasks such as washing their hair or laundering bed linen to medical services like injections and catheter maintenance.

Yang said the time he has spent on researching this program has equaled the time spent on searching for his next holiday.

“My wife and I usually travel abroad once a year, but we haven’t been able to do that this year due to the pandemic,” Yang said. “So I am preparing for a great holiday destination next year.”