One man's mission: a city awash in flowers all year-round 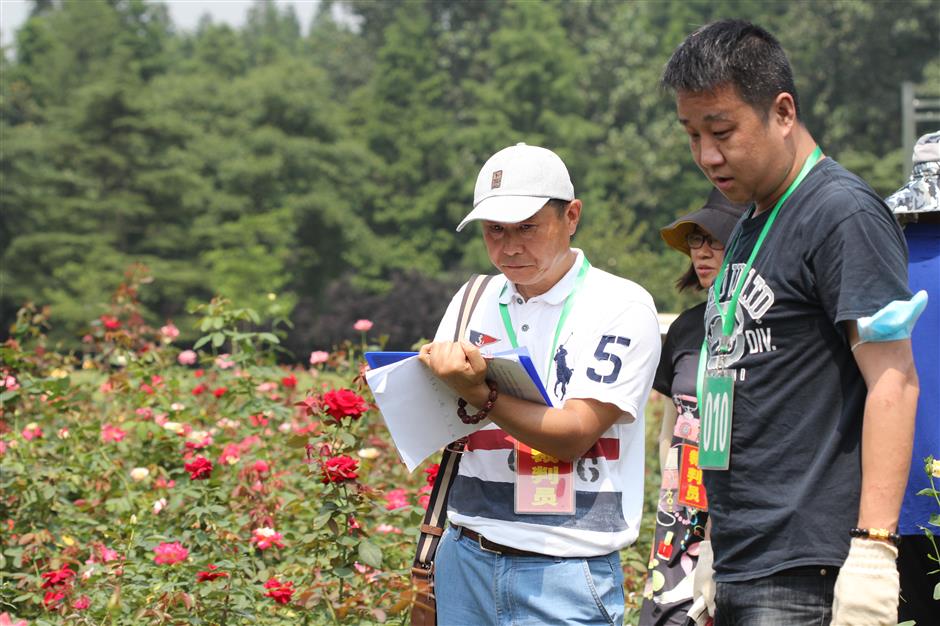 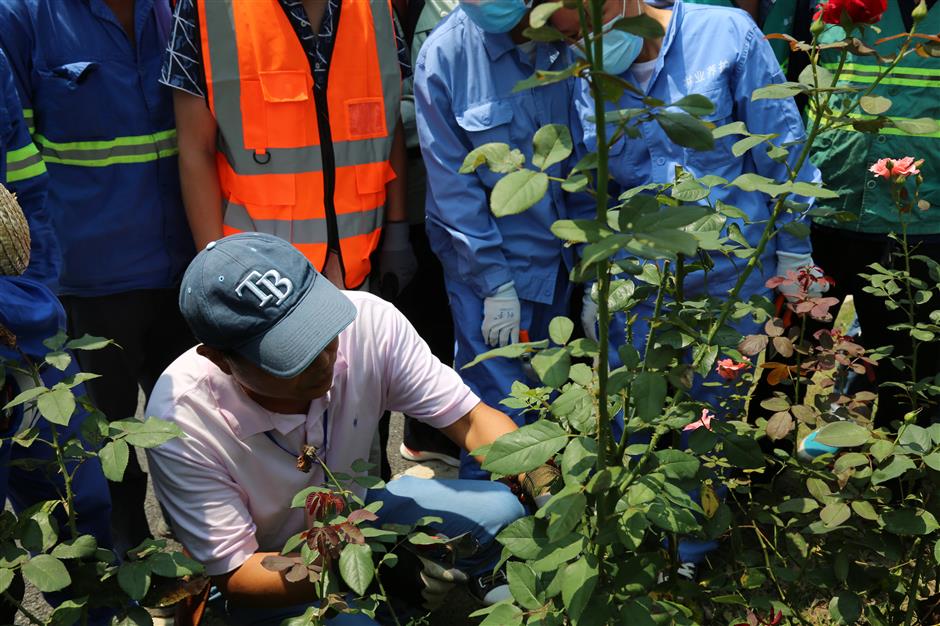 In scorching sun, freezing cold and heavy rain, horticulturist Wang Weiwei has been pursuing his dream of turning Shanghai into a garden city for 30 years.

"Shanghai has flowers blooming in three seasons and a permanent greenery landscape now,” said Wang, 57. “But the efforts to make it even more brilliant never cease."

Wang, who works at the Shanghai Greenery Management Station, has been working for more than 30 years to beautify the city.

His “green thumb,” creative thinking and perseverance have produced breakthroughs, like the cultivation of Chinese roses now resplendent around the city, and new grafting techniques that have extended the flowering duration of crape myrtle into October to add splashes of color during the National Day holiday.

Now, as the third-annual China International Import Expo looms, his contributions to that city venue again come to the forefront.

Three years ago, he looked at 11 hectares of idle plots near the National Exhibition and Convention Center, where the expo is held.

"The land had turned into refuse dumps with large amounts of construction waste,” said Wang. “They were a blight on the city's landscape.”

But beautifying the land was not without drawbacks.

"Given the high cost and slow effects of tree planting, I turned to more simple seed-sowing methods," said Wang.

He picked two species of cosmos, calliopsis and sulfur cosmos, to turn the vacant land into a sea of flowers in three months. To hasten the growing time, he greatly enriched the soil quality.

"The two species have staggered flowering times and different colors, such as orange, white and pink,” he said. “I wanted to make sure they were in full bloom for the first expo.” 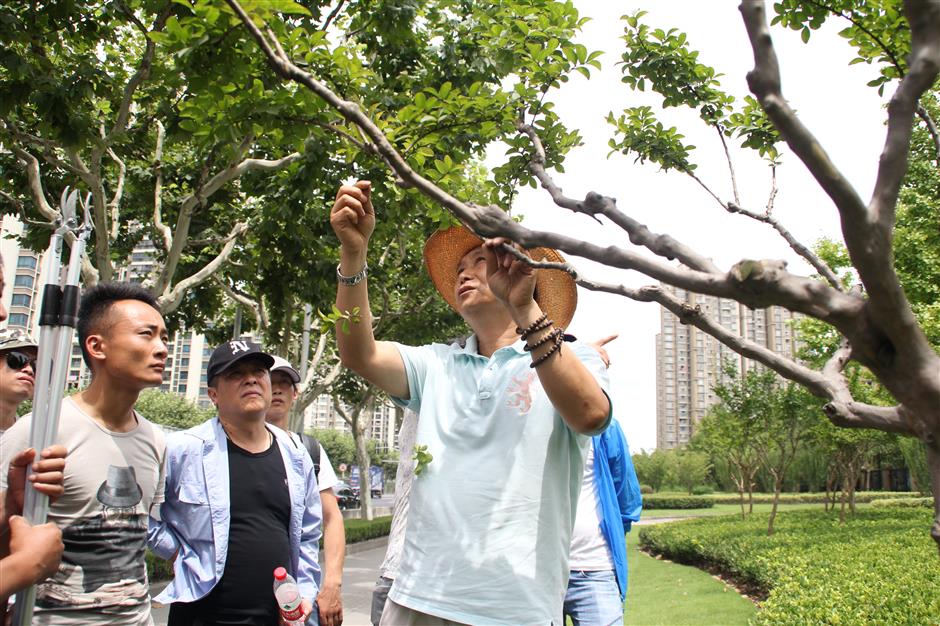 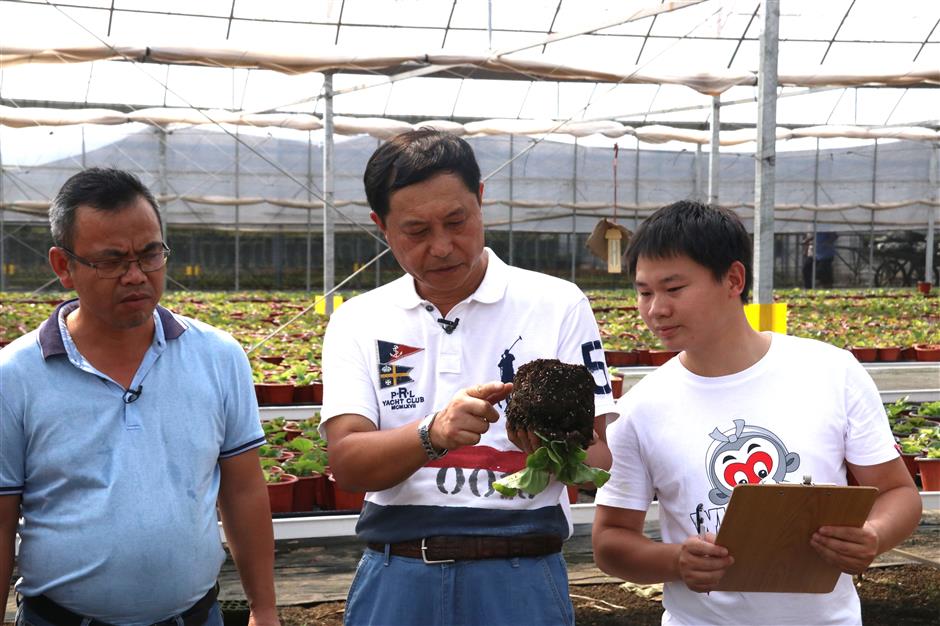 Wang’s career started in 1986, and he has since become an acknowledged expert in his field. The Greenery Management Station where he works is affiliated to the Shanghai Greenery and Public Sanitation Bureau.

As a dedicated employee, he has always risen to every occasion. Like the time he was tasked with transplanting plane tree under sizzling temperatures in the high 30s Celsius while working on a public construction project.

"It is very difficult to transplant trees in such hot weather, and the trees were quite big, which added to the challenge," he said. "To ensure survival rates, we expanded the size of the trees’ soil balls and trimmed branches to balance tree crowns and roots."

With such careful procedures, all the trees survived the transplant.

"I have been interested in plants since childhood,” Wang said. “My interest became my work. I keep thinking about how to combine my personal interest with the need to provide a green environment and a beautiful place for people to live.”

He added, "I keep learning and doing research to make better use of new species of plants. It is my pursuit to ensure healthy growth of plants, making them more beautiful and vigorous in the city. I want Shanghai to flower year-round.”

He has also devised his own methods for precise trimming of flowers and bushes. 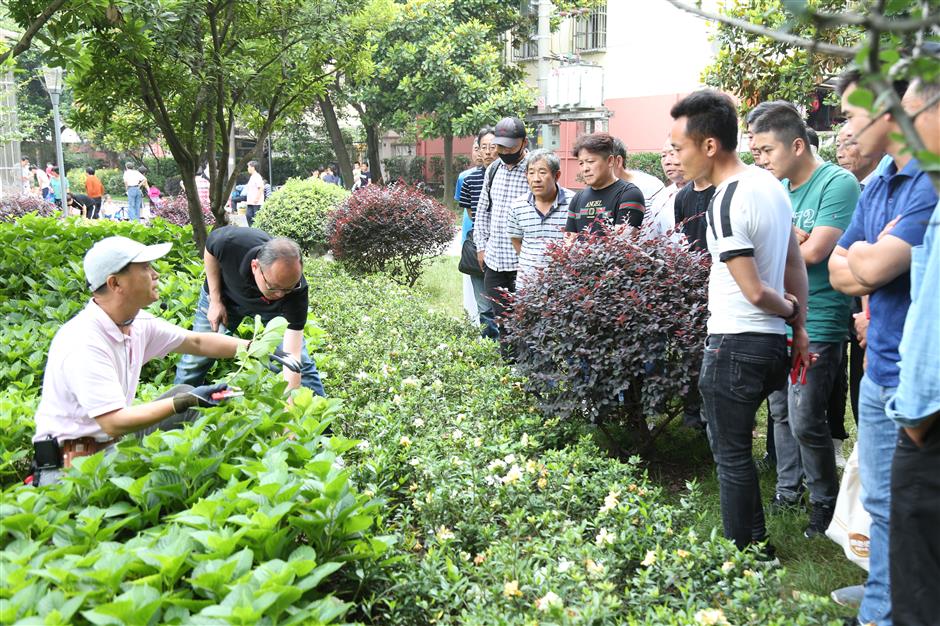 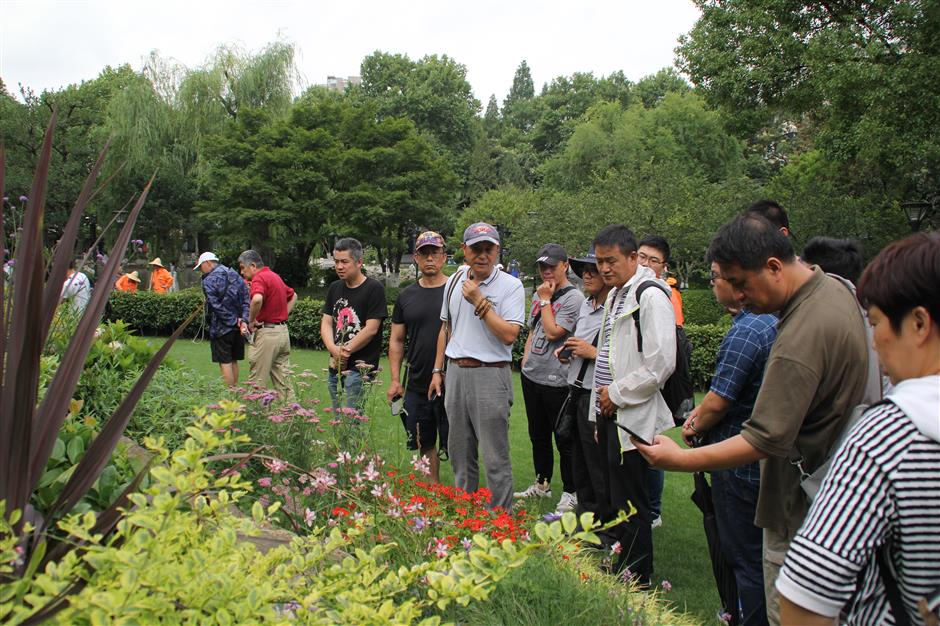 Wang spares time to educate the public about urban beautification and to train a new generation of talent to carry that out. Last year, he established a workshop for proteges learning the cultivation and maintenance of flowers and shrubs.

He also takes his knowledge and expertise to universities. residential complexes and work units. On WeChat, he answers questions from the public on the identification and maintenance of different plants.

Some 5,000 people in the Yangtze River Delta region have benefited from his educational work.

Wang is among 98 candidates put forth for the "Shanghai Craftsman" award this year. Public opinion on the selection is being solicited.

Shanghai began making serious efforts to become a garden city around 2000. By 2004, when the city's greenery efforts were on fast-track development, the focus turned to planting trees of colorful foliage, which uplifted the scenery of streets and contributed to green spaces such as those in Yanzhong and Xujiahui. 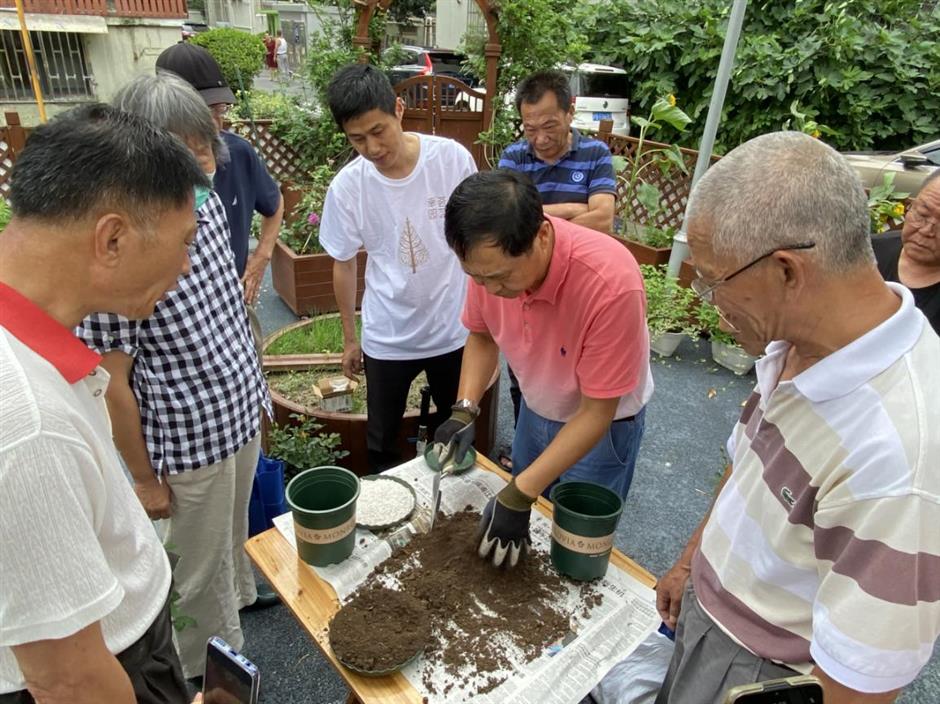 Between 2008 and 2010, the greenery campaign created new attractions for the Shanghai World Expo, including intricate floral displays.

Floral landscapes were created at Jing'an Temple, People's Square, the Bund and the Xujiahui and Lujiazui areas. The result is a city awash with color most of the year.

Since 2016, Shanghai has constructed a 1,000-kilometer greenway belt and 151 pocket parks.

"They lift the city's ecological landscape and enrich the livable spaces for the population," said Wang.

Since 2017, about 1 million Chinese roses have been planted across the city, and colorful foliage such as hydrangea, Chinese flowering crabapple, soapberry and golden rain trees have been introduced citywide.

But the job, according to Wang, isn’t done yet.

"Planting methods related to density and refined trimming must be further upgraded to improve Shanghai’s ecological environment," he said. "The refined management level of greenery in different districts, subdistricts and towns vary, and that, too, requires improvement."