Post-coronavirus: Where do we go from here? 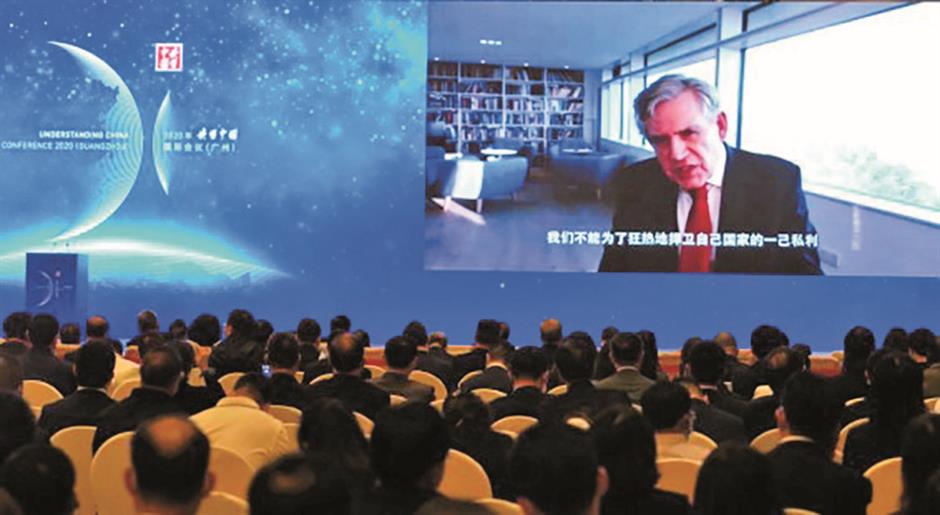 The group met in a three-day conference called Understanding China, staged both in person and by video link, in the southern city of Guangzhou.

Other topics discussed at the event were the yuan’s anticipated growing role in global trade and investment, opportunities for multinationals in the Chinese market and urban upgrading to address modern lifestyle demands.

“I want to discuss an agenda of ‘cooperation where possible,’” said former UK Prime Minister Gordon Brown. “We need hope … sending out a message that we will work together to agree on global solutions to global problems.”

Many participants expressed concern about a trend of de-globalization and noted other changes in the global dynamic wrought by the pandemic.

“COVID-19 has accelerated major changes unseen in a century,” said Wang Chao, president of the Foreign Affairs Institute and a former Chinese vice minister for both commerce and foreign affairs.

“The world economy has become unstable as uncertainties have increased,” he said. “The future of globalization is a shared concern. Pessimists see its end, while optimists consider it an irreversible trend in the development of human society.”

Wang took the optimistic stance. He said he doesn’t believe the closely connected interdependence of nations will retreat back to isolationism, but he also warned that the de-globalization trend won’t disappear overnight.

“De-globalization is likely to slow,” he said. “Economic recovery, in particular, requires international collaboration rather than isolation. Regional economic integration, which has been accelerating, will become a key driving force for a new round of globalization.”

Liu Zhiqin, a senior fellow from the Chongyang Institute for Financial Studies, said he sees it a bit differently. Globalization may take a back seat and wait for a new round, he said, with regionalization taking the main stage. 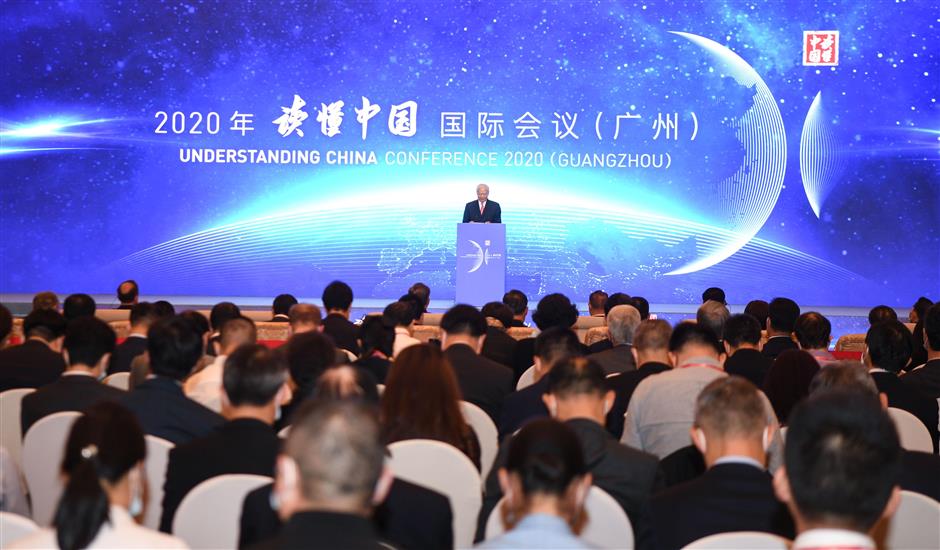 The Understanding China Conference attracts more than 600 celebrated politicians, strategists, scholars, and entrepreneurs, as well as representatives of international organizations.

Despite some differences, many participants agreed that the pandemic may serve as a catalyst to achieve goals that were previously difficult or slow to push through. They cited examples such as the increasing use of online strategies by many industries and the easier promotion of a low-carbon lifestyle amid reduced manufacturing and global trade.

Former Belgian Prime Minister Yves Leterme said he has a positive outlook on countries working in concert to take advantage of an economic reset to push more sustainable development, growth in less-developed areas and digital utilization as a key to greater productivity.

Many foreign speakers also expressed the hope that China will assume a larger role in various multilateral institutions.

Chinese officials and academics introduced some of the latest trends of development in the country.

Zhou Chengjun, head of the Financial Research Institute affiliated to the People’s Bank of China, said the international monetary system dominated by the US dollar has been undergoing profound changes, while the yuan is on the rise.

He noted that the yuan now accounts for more than half of all cross-border trade settlements in the Greater Bay Area, which comprises Hong Kong, Macau, Guangzhou, Shenzhen and other cities in the Pearl River Delta.

Zhou said the nation is committed to making the yuan a more international currency.

Ding Zhijie, the new head at the Foreign Exchange Research Center at the State Administration of Foreign Exchange, agreed with Zhou. He said about 40 percent of China’s outstanding foreign debt by end of this year will be denominated in yuan.

The currency, he added, has become a sought-after asset for global investors in the wake of the pandemic, thanks to China’s rapid economic recovery.

“The internationalization of the yuan started in 2009, and the currency has undergone unprecedented changes in the past 10 years,” Ding said. “There is more confidence in the currency, not only from within China, but also internationally.”

A big part of understanding China is to understand the country’s ongoing revolution in digitalization.

One change in the currency that has been drawing a lot of attention is the recent launch of the e-yuan, or the Digital Currency Electronic Payment. China’s central bank became the first in the world to test a digital currency in selected cities. It may well become the world’s first official digital currency, if eventually adopted countrywide.

“A big part of understanding China is to understand the country’s ongoing revolution in digitalization,” said Lei Ming, president of China Construction Bank Fintech, who was deeply involved in developing the new digital currency.

“A digitalized society requires a matching financial infrastructure,” he said. “It will not only rebuild the financial eco-system, but it will also integrate more advanced technologies to serve the onset of smart cities.”

A digitalized currency is only one of the many facets of the smart cities of the future, said Professor Fu Bojie, from the Chinese Academy of Sciences. He said those cities must embrace eco-friendly policies and lifestyles.

“Many people merely see an eco-city as a garden city or green city, but this is only one aspect of it,” he said. “There are different aspects that service specific targets, such as water conservation, flood control, temperature reduction and environmental beautification.”

Fu said one way to create an urban eco-system is to integrate cities with lakes or rivers, green fields, woods and wetlands through eco-corridors.

“When planning development of new areas, I suggest that we keep eco-elements like green fields or lakes in mind, and accommodate commerce, manufacturing, and residential areas based on eco-elements,” he said.