Not all that long ago, few people in China bought health insurance. Now the push is on to ensure that everybody does.

So-called inclusive medical health insurance plans ― generally defined as policies aimed at the unserved and underserved ― are exploding in China.

As of November, supplemental insurance has been rolled out in more than 158 cities in 21 provinces, with more than 20 million people paying more than an aggregate 1 billion yuan (US$150 million) in premiums.

The trend has now firmly rooted itself in local communities.

Beijing resident Flora Liu noticed recently that more of her neighbors in a WeChat group were discussing a new medical health insurance plan offered by AXA Tianping, Beijing Life and Yidu Cloud. One member of the group, an insurance agent, discussed both the advantages and disadvantages of the plan.

Several neighbors said they bought into the plan immediately after it was launched in October.

The plan, known as Huiminbao, or “insurance designed to improve people's wellbeing,” is crafted with the use of big data and artificial intelligence technologies.

Such plans are basically supplemental coverage to China’s national medical insurance programs. At a cost of 79 yuan a year, the plan offered by AXA Tianping, Beijing Life and Yidu Cloud guarantees medical coverage up to 2 million yuan.

There are no age or occupational restrictions, and a pre-policy physical exam isn’t required.

Ren Xue, an office worker in her 30s, said she was bombarded by social media articles on similar inclusive insurance plans.

In her hometown of Zibo, a city in Shandong Province, a local government media outlet showcased the new product and allowed people to enroll on its platform.

Reports estimated that more than 1.2 million residents, or one in every four people in Zibo, enrolled in the plan during the two-month promotional period.

Tencent’s insurance agency platform WeSure said 60 percent of enrollees were women; more than half of policyholders were aged 30-45 and nearly 40 percent bought policies for their parents.

WeSure credited the success of supplementary medical cover to strong support from local authorities and strict oversight on product design and pricing.

Inside three months, the company has helped over 30 cities across China introduce such policies. 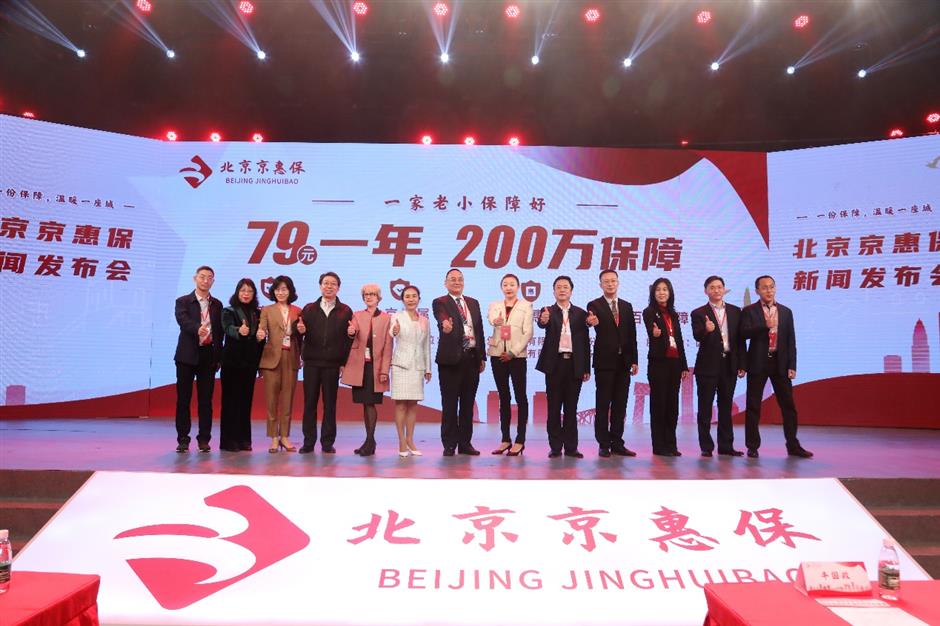 Supplemental insurance is a prong in the central government’s campaign to deepen reforms in the nation’s medical system.

At the beginning of 2020, the China Banking and Insurance Regulatory Commission called for insurance companies to improve health insurance products, services and cost controls.

The National Health Commission said that government and residents spent an estimated 6.52 trillion yuan on health care in 2019, with about 28 percent of that coming from consumer pockets.

The effort to provide affordable supplemental health insurance plays into the nation’s goal of eliminating abject poverty by the end of this year.

For Luo Mingxiang, a securities broker living in the Henan Province city of Kaifeng, paying 69 yuan a year for added protection that is customized for his area is reasonable.

“I think the price is quite competitive, and most people can afford it,” he told Shanghai Daily.

Indeed, consumers may be drawn by the low price. Most annual premiums for supplemental health insurance are usually lower than 100 yuan, with up to 3 million yuan of additional cover.

The publicly supported plans compare with top-selling private medical insurance policies that may cost in the thousands of yuan for additional coverage of 3-6 million yuan.

Deductibles for Huiminbao are set at 20,000 yuan, much higher than the private plans usually set at 10,000 yuan or even lower.

When a policyholder incurs hospitalization costs, basic national health insurance pays the first bills. Then, extra medical costs within the scope of national insurance directory are offset by deductibles of supplementary plans. The payout proportion varies from 80 percent to 100 percent in different regions.

“In this sense, the plans are much less attractive to those who are very healthy,” a senior insurance broker told Shanghai Daily, noting that they may be very beneficial for the elderly and those suffering from serious medical conditions.

Ding Wen, chief actuary at Ping An Health Insurance, said that the low premium charges of Huiminbao imply that underwriters must take a different marketing approach. The success of supplemental product relies on strong government support and high enrollment rates.

She added that cities promoting inclusive products should tailor them to the demographics and needs of their local populations.

The new trend is developing so rapidly that the China Banking and Insurance Regulatory Commission has issued a supervisory notice aimed at insuring that no irregularities occur.

Malpractice and wrongdoing by insurers ― like failing to use registered products as required, price manipulation and false advertising ― will be the focus of supervision, according to the industry watchdog.