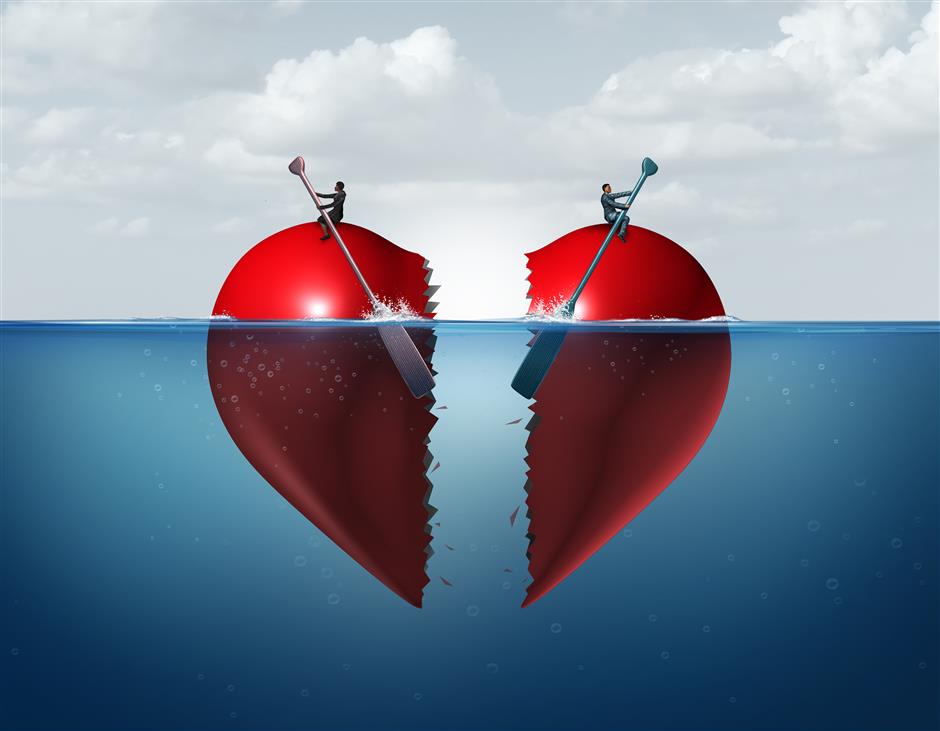 Cecilia Zhang had second thoughts — too late. She and her husband divorced last year, realized their mistake and then remarried.

They were among the 4 million Chinese couples who severed nuptial ties at civil marriage registration bureaus last year.

Come January 1, the divorce process won’t be so fast-tracked at the centers. Couples will have to undergo a 30-day “cooling-off period” before picking up their final decrees.

The waiting period, part of China’s new Civil Code, is aimed at giving people time to reconsider such an important step in their lives.

Zhang said things might have gone differently if the new rule had been in force.

“We got divorced over what started as a real silly argument about how to spend a weekend,” she said. “You know how those fights go . . . The issue quickly descended into who should respect the wishes of whom, and who makes the most sacrifices in a marriage. Before we knew it, we were at the marriage center seeking a divorce.”

She and her then ex-husband then threw a party to celebrate the divorce. Two weeks later, they remarried and threw a second wedding party.

“Later, he told me he regretted the decision to split when we were at the center,” she said. “I regretted it, too, at the time, but neither of us broke our pride to admit it. It all sounds so ridiculous now. It might have been different if someone had told us, ‘No, you can’t get divorced now. You have to go home to think about it for 30 days.’”

The divorce cooling-off period was one of the most-searched and debated provisions online when the new Civil Code was enacted last May. Further details released last week by the Ministry of Civil Affairs reignited the discussion.

Netizens debate whether the 30-day period will really turn down the heat on emotionally charged divorces or will, instead, simply make an already wrenching process even more time-consuming and difficult for those determined to separate. 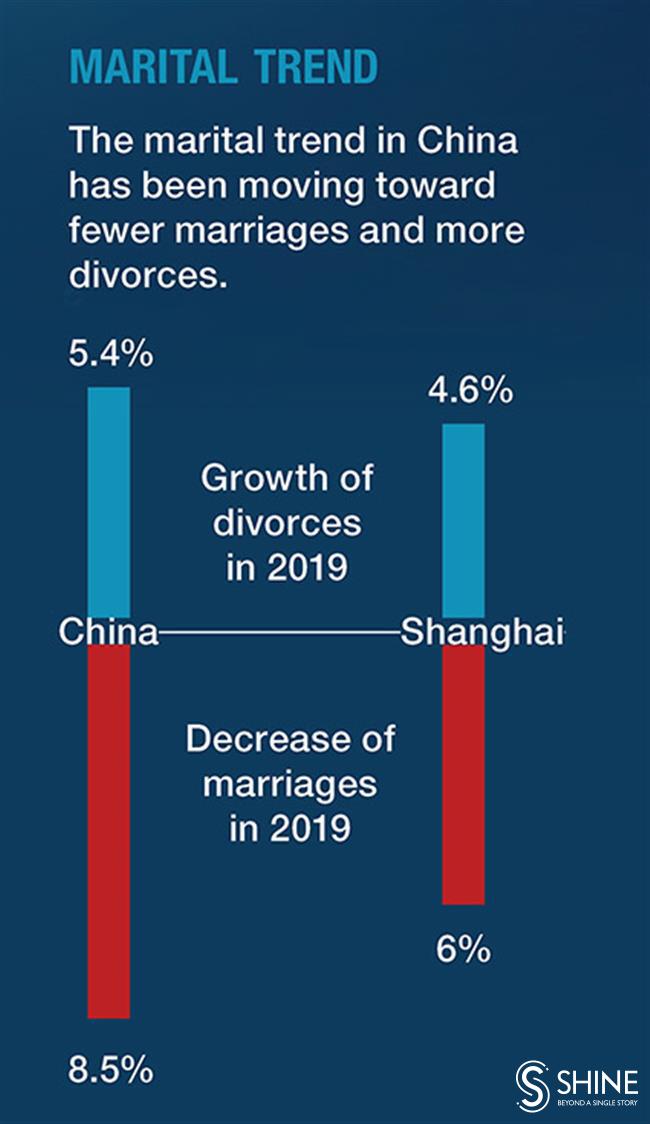 The marital trend in China has been moving toward fewer marriages and more divorces. About 4.7 million couples divorced last year, up by 5.4 percent from 2018, while the number tying the knot fell by 8.5 percent to about 9.3 million.

The new rule is aimed at promoting “the harmony and stability of marriage, social morality and family virtues,” according to Zhu Qinhao, director of the Shanghai Civil Affairs Bureau.

“You can’t imagine how difficult it is to get divorced when your husband is maliciously dragging out the process,” said a woman surnamed Shen, who is in her late 20s and seeking a legal split from her spouse.

“I have been trying to get a divorce since the start of this year, and my husband always says he can’t find the time to go to the center and file the forms,” she said. “Now, with this new cooling-off period, if I can’t get him to do it this month, I will have to get him to go to the center twice — once to make application and then to return 30 days later.”

During the cooling-off period, divorce proceedings are aborted if either spouse backs out. That concerns social workers who point to domestic-violence cases where the abusive partner usually won’t agree to divorce.

“In reality, most domestic violence-based divorce cases have to resort to judicial courts instead of civil bureaus,” Shanghai divorce lawyer George Zhu explained. “If one party doesn’t want to get divorced, he or she can find excuses not to proceed with an application, cooling-off period or not. I recommend taking such cases to court.”

Today, cases often drag on over property disputes. In more than half of my cases, the in-laws get deeply involved and often make things worse. I think they need a cooling-off period, too.

According to Zhu, some district courts in the city have introduced cooling-off periods in the last four or five years to forestall couples making hasty decisions that they come to regret.

He said the new cooling-off period mirrors similar waiting periods in other countries. In some of them, a couple seeking divorce is required to have been separated for up to a year or more. That gives them more than ample time to let cooler heads prevail.

“I think it’s quite natural for countries to have laws aimed at preventing emotionally charged divorces,” he said. “It is always a challenge for legislators to strike a balance between trying to save marriages and protecting those seeking divorces.”

Zhu said attitudes toward divorce in China have greatly changed during his 30-year career.

“Clients always complain how difficult it is to get divorced in court and how judges often ask them whether they are truly committed to divorcing each other,” he said. “But they don’t remember how divorce was almost impossible decades ago.”

When he first began his judicial career in the 1980s, many judges and certainly most Chinese considered divorce taboo — a disgrace.

“It is completely different now,” he said. “Today, cases often drag on over property disputes. In more than half of my cases, the in-laws get deeply involved and often make things worse. I think they need a cooling-off period, too.”