Music collector's legacy to the symphony 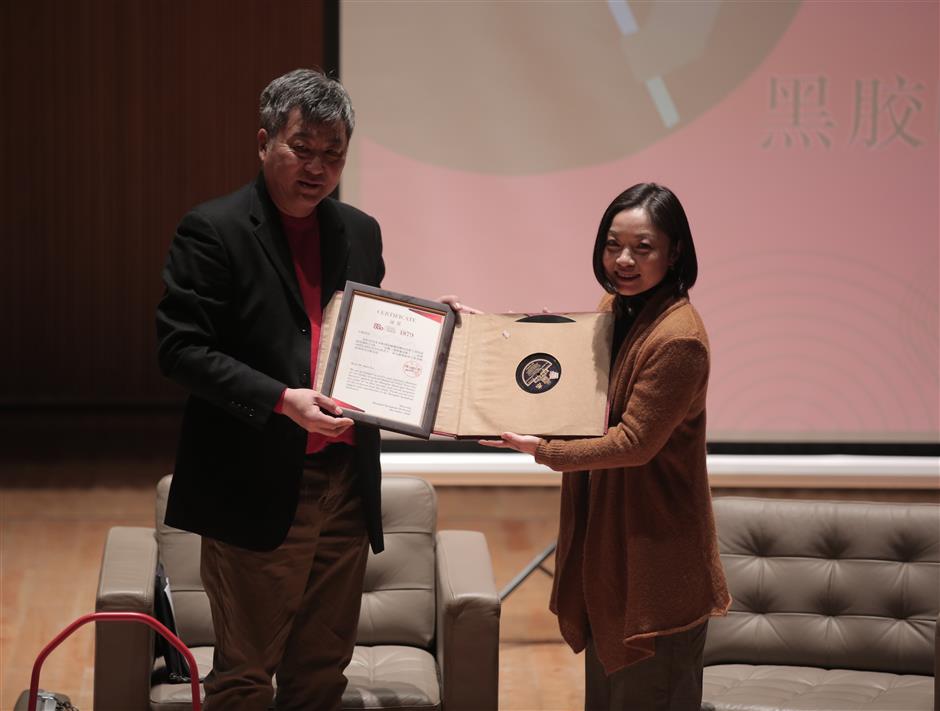 Xu Shen (left) donates the 1929 recording of the ballet “El Amor Brujo” to Zhou Ping, director of the Shanghai Symphony Orchestra, during a ceremony today. 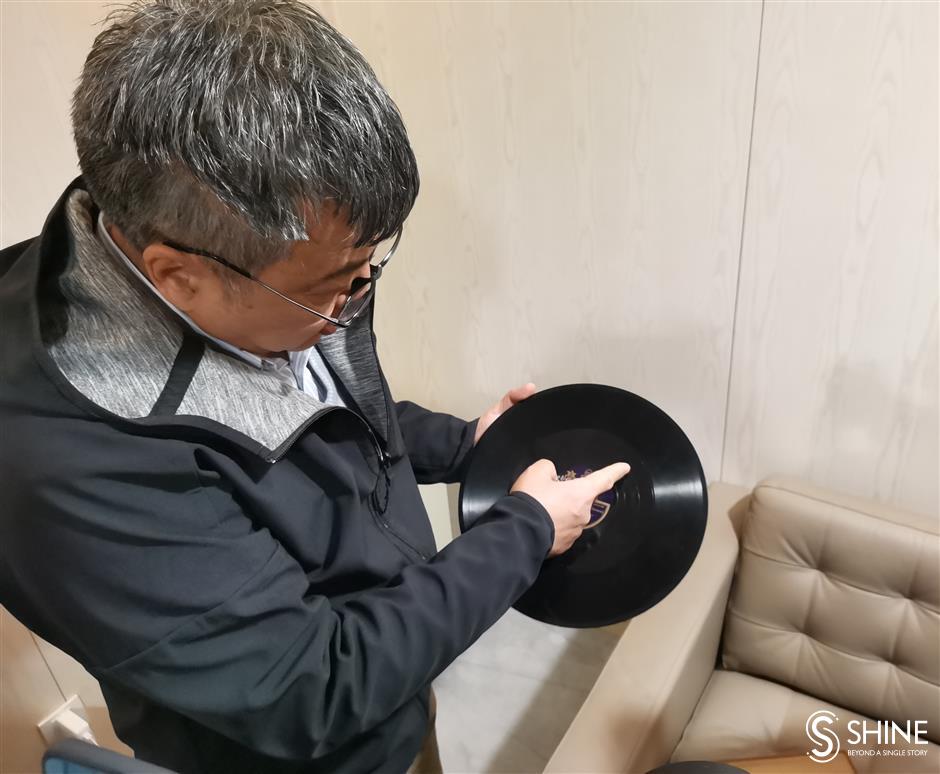 Xu shows the series number (below) on the historical music recording. 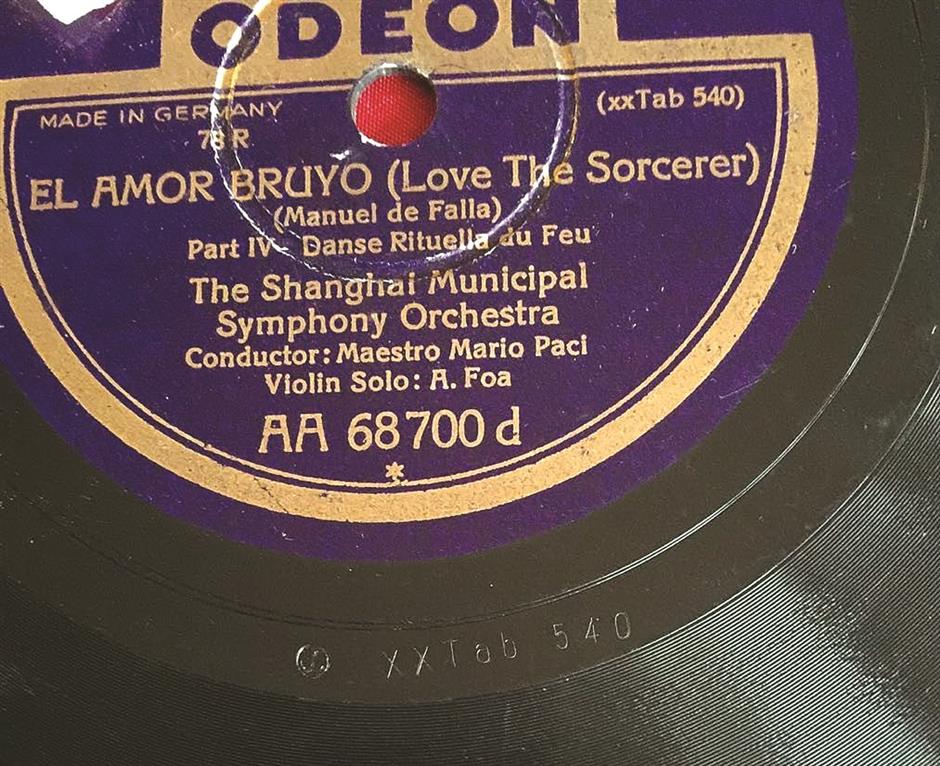 The deathbed wish of a Shanghai music lover has brought to light the earliest known recording of Western symphonic music in China.

The 1929 two-set recording of the ballet “El Amor Brujo,” or “Love, the Magician,” by Spanish composer Manuel de Falla (1876-1946), was donated to the Shanghai Symphony Orchestra last Friday by Xu Shen, per the instructions of his late father Xu Buzeng.

"It will be displayed in the orchestra's museum as the 'crown jewel' of our collection," said Zhou Ping, director of the orchestra.

Recorded by what was then known as the Shanghai Municipal Council Symphony Orchestra, it may be the world’s first complete recording of the ballet, which de Falla completed in 1914.

The council orchestra, founded in 1879, initially was comprised mainly of foreign musicians and targeted expatriate audiences. That changed in 1919, when Italian pianist Mario Paci (1878-1946) became the orchestra conductor.

Paci recruited many European musicians to replace Philippine performers and gradually added Chinese musicians and extended the orchestra’s reach to Chinese audiences. Under his baton, the orchestra also branched out to works of more contemporary composers like de Falla and even to music with Chinese elements.

Paci’s 23 years as conductor cemented the quality of the orchestra, which was hailed as “the best in the Far East.” 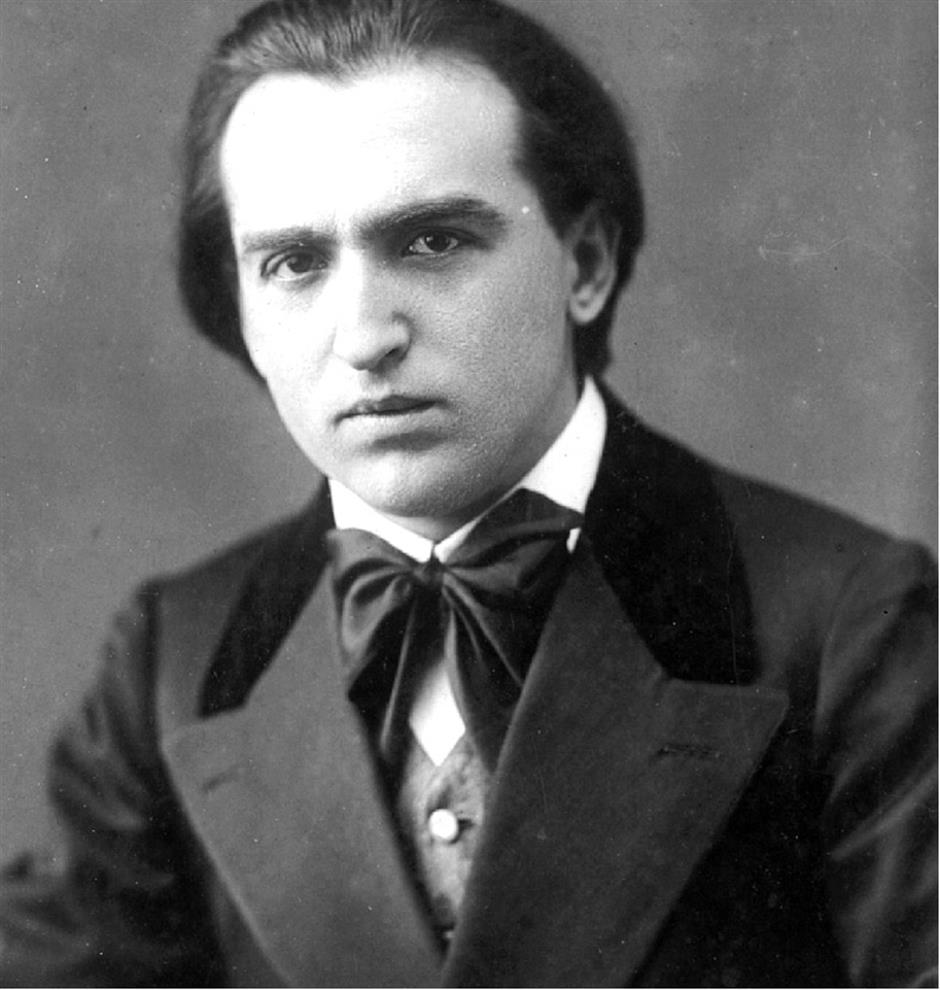 Italian pianist Mario Paci took over as conductor of the Shanghai Municipal Council Symphony Orchestra in 1919. He took classical music in the city to a new level, earning the orchestra praise as “the best in the Far East.”

The 1929 recording was one among a series of live concerts celebrating the 10th anniversary of Paci’s tenure. It was archived in the 1929 yearbook of the Shanghai Municipal Council, where it languished unknown.

“You can still hear clearly the different layers of instruments from this 1929 recording,” Xu told Shanghai Daily, as he played a part of the now-digitalized recording from his mobile phone.

“My father was a classical music lover and record collector,” he said. “He bought this recording in the 1940s and always knew it was special — perhaps the first recording of the symphony orchestra. He told me many times that it must be returned to Shanghai Symphony Orchestra after he died.”

Xu recalled a childhood filled with music, thanks to the thousands of vinyl recordings his father collected. Every summer, he would help his father place every disc between two glass shields and lay them out in the sun to help preserve them.

It took the son months to find the discs of the de Falla set. They were carefully wrapped and set aside by his father for musicologists to examine.

His father was multitalented. In addition to his music passion, he was a physicist who participated in the development of the Chinese jetliner Shanghai Y-10, and later became a music editor. After retirement in 1987, the elder Xu started research on the influence of Jewish culture in China. He translated works and wrote extensively about foreign musicians in Shanghai, including Paci and Italian violinist Arrigo Foa (1900-1981).

Foa, one of the European musicians recruited by Paci, succeeded him as conductor in 1942, when Japanese invaders took over the orchestra.

The discs’ labels had no recording dates, but did bear the names of Paci and violin soloist Foa. That was why the elder Xu considered the set so special.

“In 1929, the Shanghai Municipal Council Symphony Orchestra entered the new realm of recording and broadcasting,” according to Tang Yating, a professor at the Shanghai Conservatory of Music. 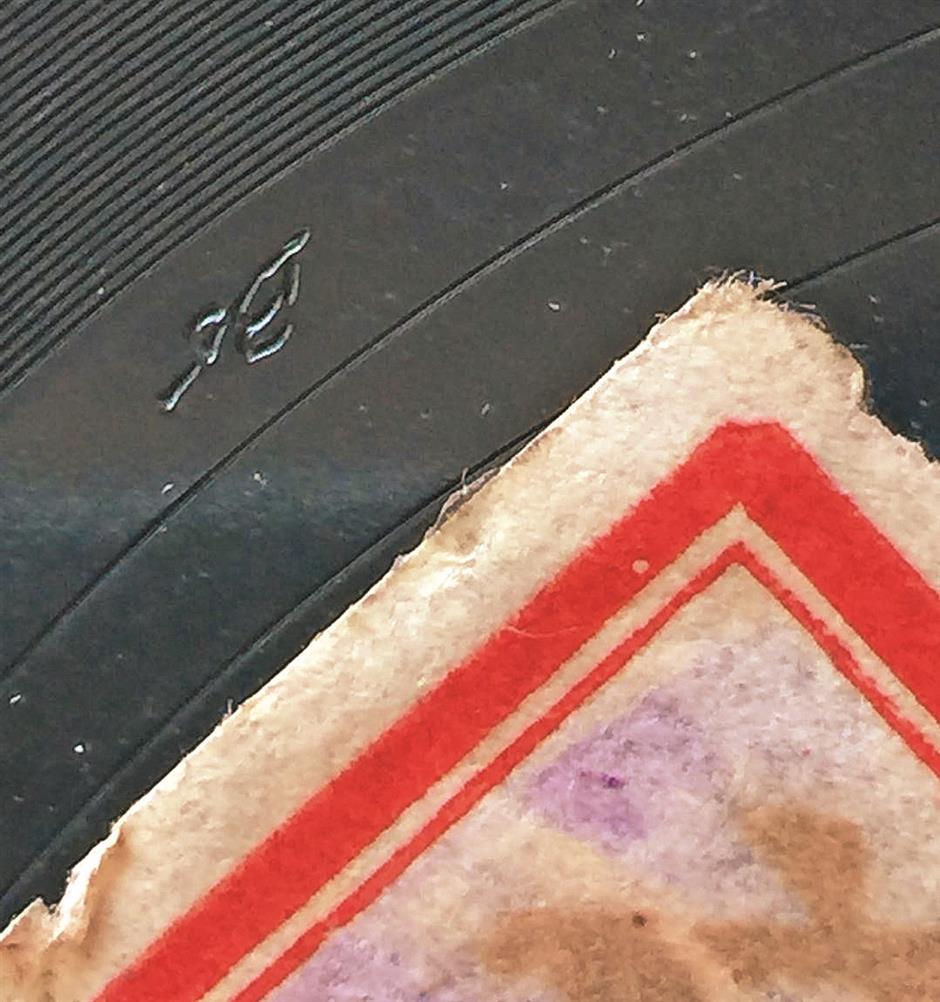 Special symbols are engraved on the discs, identifying the recording engineer.

“Germany’s Odeon Records made live recording for eight of its concerts, among which ‘Love, the Magician’ was the best received. These first records were distributed worldwide, giving the orchestra a global profile.”

Odeon Records, founded in 1903 in Berlin, was among the first record labels to expand worldwide, including to China. Many early Chinese records bore the name of Odeon or its Chinese joint venture.

The de Falla recording bore Odeon’s name on the label, and Xu said he believes the original recording was sent back to Germany to be processed.

“The special thing about the SSO recordings was that we had never encountered 12-inch records issued by Odeon in China,” he wrote. “So the discs proved not only that such records existed at the time, but also showed us the purpose of the particular block of catalogue numbers they were part of. A little ‘white space’ in our reconstructed ‘map’ of the Lindstrom production thus disappeared.”

Lindstrom was the holding company of Odeon.

Zwarg, who specializes in audio restoration and has won four Grammy nominations for Best Historical Album, said the complete de Falla set should have one more disc, now lost.

He helped Xu identify the recording engineer through special symbols engraved in particular positions on the discs — something like a painter’s signature.

“All Lindstrom records made after the Great War were signed by the engineers responsible for the recordings, usually with initials or a monogram consisting of two or three letters,” Zwarg explained.

“Most of the Lindstrom company’s paperwork was lost when Berlin was bombed in 1945,” he added. “Sometimes it requires real detective work to make sense of disjointed clues. It’s something like a big jigsaw puzzle with pieces missing.”

His “detective work” led to an engineer named Gustav Bellers, whose signature matched those on the discs. Paperwork showed that Bellers left Berlin to go on a long journey in November 1928, and returned to the domestic studio in January 1931.

“He seems to have spent the years of 1929 and 1930 in East Asia,” Zwarg explained. “Apart from various Shanghai-based recordings, we find his signature on items from such regions as Hong Kong, Japan and also India.” 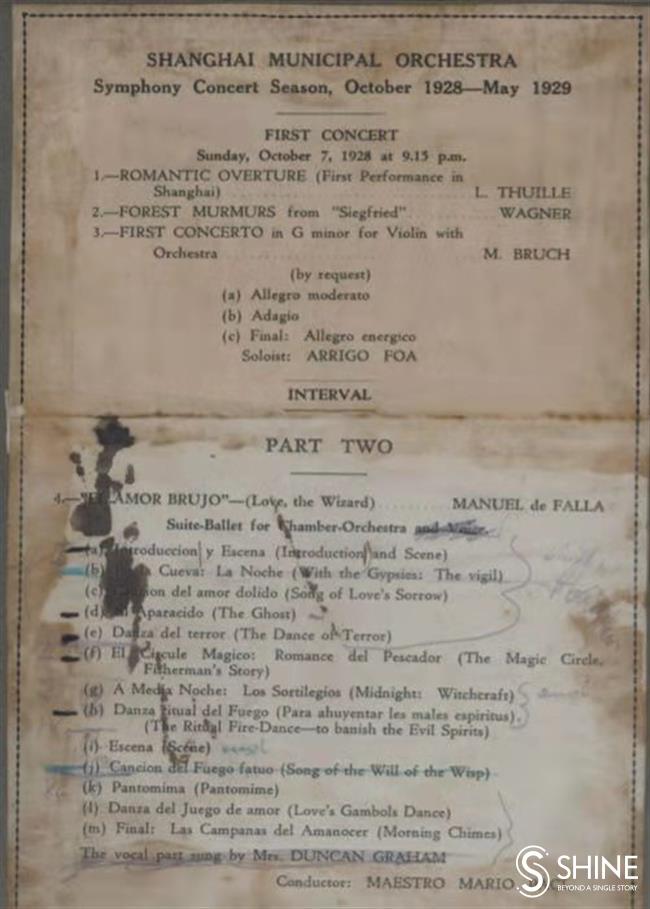