'Staycations' this Spring Festival showcase what's on our doorstep 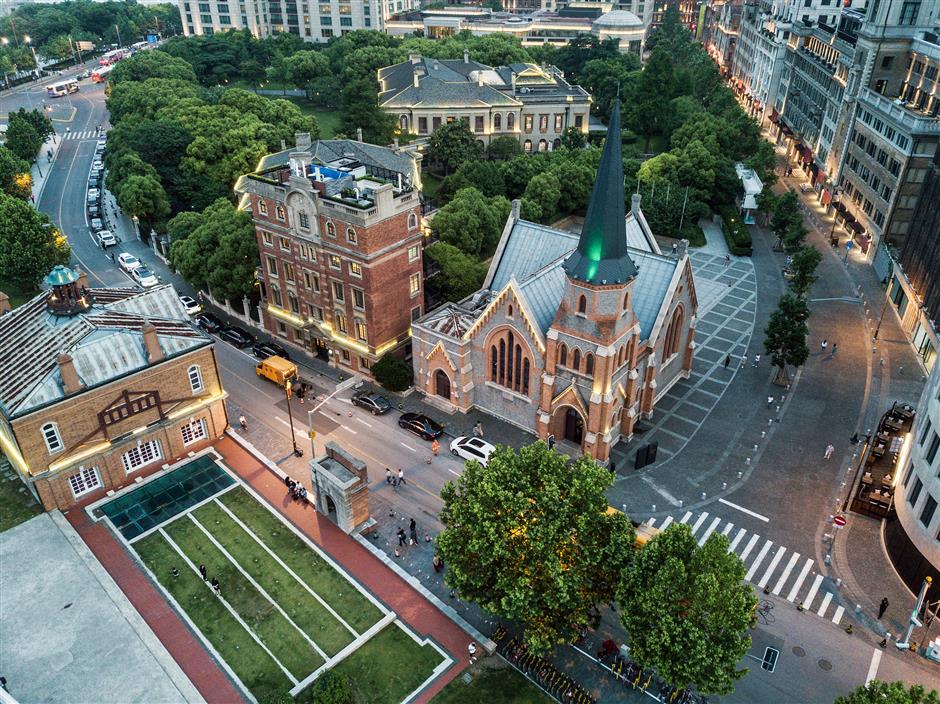 Shanghai has a lot to offer in terms of sightseeing.

Zhou Nan, a Shanghai resident in her 20s, is working on her Chinese Lunar New Year holiday itinerary, but she won’t be boarding a plane, train or intercity bus.

On her list is a walking tour with her boyfriend along Wukang Road, a visit to Qibao ancient town with her parents and a tour of Shanghai Natural History Museum with friends.

"Due to the coronavirus epidemic, I will not leave the city during the holiday,” she told Shanghai Daily.

Zhou, who works at a state-owned company, is normally a “travelholic.” On most long holidays, the travel bug takes her far from home, even overseas.

“I plan to slow down my pace this year and explore my hometown with relatives and friends," Zhou said. "I am searching for some lesser-known places in the city to visit. Although I won’t be traveling far, it will be a full holiday schedule.”

Chinese Lunar New Year — the Year of the Ox — falls on February 12 this year. The holiday period extends from February 11 to 17.

This year, like last, the coronavirus is wreaking havoc with traditional Spring Festival activities.

National and local authorities are asking people to stay put for the weeklong holiday after clusters of local cases emerged in parts of China. The usual mass exodus of urban residents back to hometowns across the country will be considerably curtailed.

Hotels and travel agencies have geared up to meet “staycation” demand.

Some residents want to break stay-at-home boredom and enjoy some of the amenities of travel by booking into local hotels for the holiday.

Amanda Sun, who is planning to take her parents to visit Zhujiajiao watertown in suburban Shanghai, went to a city hotel recently to make reservations.

To her disappointment, her top choice, the Citic Pacific Zhujiajiao Jin Jiang Hotel, said all rooms were already fully booked.

"I guess a lot of people had the same thoughts as me,” she said. “It’s regretful. I will have to check other hotels.”

She and others are finding no vacancy signs at many hotels, at least not for the first six days of the holiday. Those seeking more preferred accommodation, like lakeview rooms, villa houses or suites, may have to wait until the last day of the holiday to find vacancies.

"The majority of those making bookings are Shanghainese," said Luan Lei, general manager of Zhujiajiao Jin Jiang Hotel. "All rooms for the Chinese New Year's Eve were booked as early as late November. Many guests are big families with 10 to over 20 people, and they reserved multiple rooms." 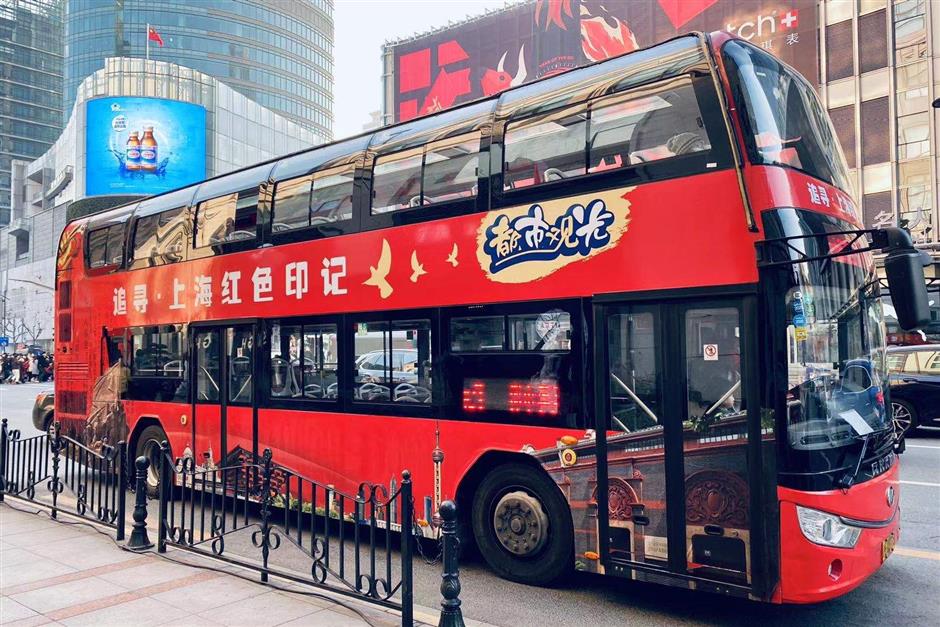 Zhang Peng, a local supermarket worker who hails from Sichuan Province, said he won’t be traveling back to his hometown for the traditional New Year’s Eve dinner, called nianyefan.

"I have been in Shanghai for three years, and this is the first time that I will miss nianyefan with my parents," he said. "I hesitated about whether I should go or not, but I needed to let my parents know as early as possible. I will go home to see them when the epidemic wanes."

Instead, Zhang said he will visit sites in Shanghai with friends who are also staying put. He lists the Bund and Lujiazui on his local itinerary.

"Even though I have been here for three years, I have never toured these iconic places, so this holiday offers me an opportunity," Zhang said.

Deluxe riverview rooms at the Oriental Riverside Bund View Hotel in the Lujiazui area of Pudong have also been fully booked.

“Chinese New Year's Eve, and the third, fourth and fifth days of the holiday are the most popular booking dates because local people will have visited their families by then and have free days to do what they want," said Zhu Yuli, an employee at the hotel.

"Many guests are families with children who plan to visit the Oriental Pearl TV Tower and riverfront areas of the Huangpu River near our hotel," she said.

A woman surnamed Wang said it just won’t feel like Spring Festival if she simply stays at home. So she made reservations at the Oriental Riverside.

"I booked two nights — one of them to celebrate my father's birthday," she said. "A sense of ritual is important for the most important holiday of the year."

Despite a limited number of cancellations, the Sheraton Shanghai Chongming Hotel said more than 80 percent of its guestrooms have been booked for the Spring Festival holiday.

The hotel on Shanghai’s “garden island” introduced family packages that include an hour's free bike-riding and complimentary admission tickets to the Dongtan Wetland Park.

Wanda Reign on the Bund said bookings this year are “moderately” higher than Spring Festival in 2019, the year before coronavirus struck.

The luxury hotel is offering special packages, like a "room+afternoon tea" deal for people seeking a holiday excursion close to home.

The Shanghai Marriott Hotel Parkview said 2021 business during Spring Festival may exceed the previous few years if the pandemic remains generally under control. 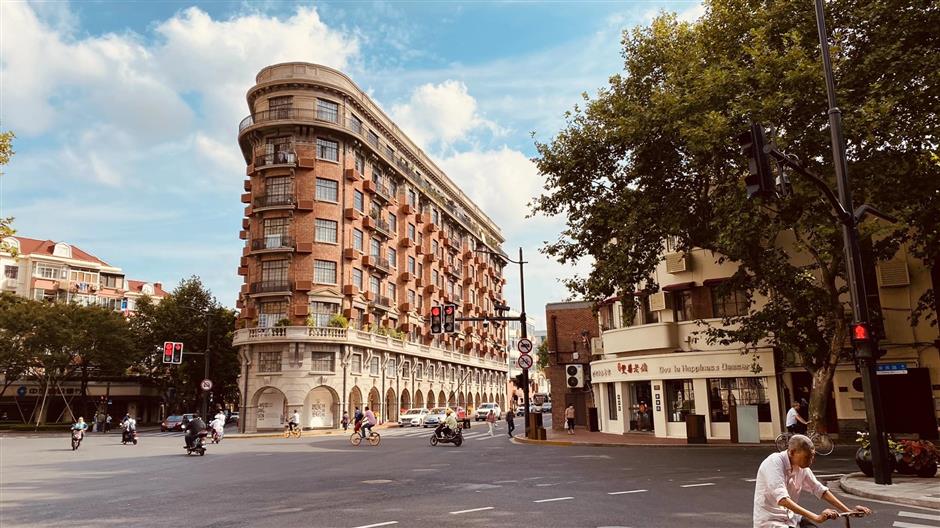 Travel agencies in Shanghai have also enhanced local offerings for those staying in the city during the holiday.

Shanghai Spring Tours has prepared a variety of packages themed on food, sightseeing, culture and fitness.

There’s something for everyone: walking tours along historical Wukang Road, cycling on Fuxing Road, hop-on, hop-off sightseeing buses along the Bund and attending modern stage plays.

"For middle-aged and senior Shanghai residents, we have designed some nostalgic outings, such as nianyefan and accommodation at time-honored hotels like the Jin Jiang,” said Zhou.

Trips to Shanghai’s rural areas have been designed for newer residents unable to return to countryside hometowns during the holiday. They include resorts and minsu, or Chinese-style B&B, in Jinshan, Songjiang and Qingpu districts, she said.

"We have received many bookings from non-locals for our suburban packages,” Zhou said.

Among them is a group of non-locals who work at the same company. They have reserved a villa in Qingpu District for four days, where they can chat, have meals and enjoy the Spring Festival ambience of a rural area.

The travel agency is offering tours of "red" sites in the city, which is marking the 100th anniversary of the founding of the Communist Party of China. 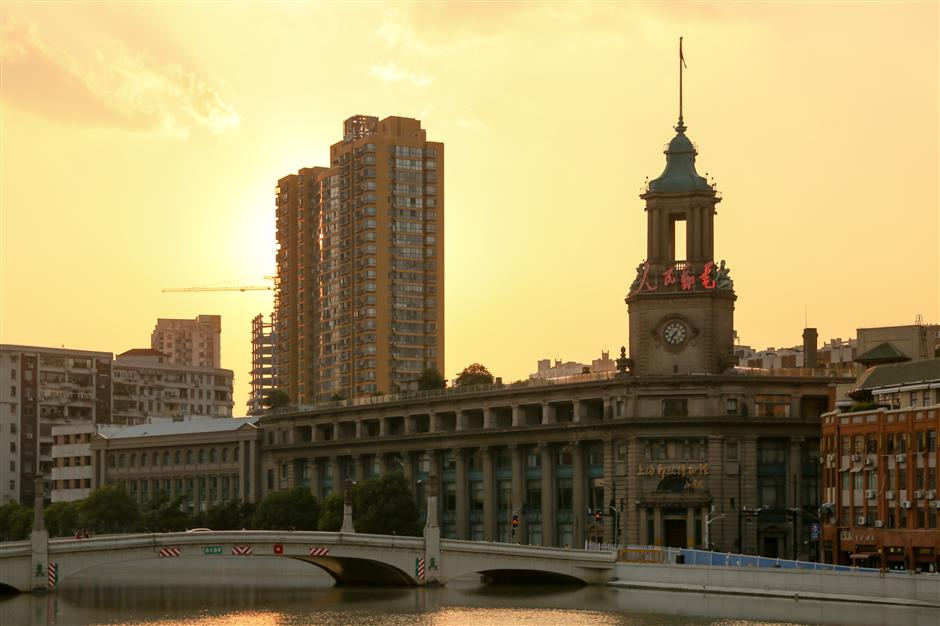 Touring one’s own hometown during the holiday is a new trend, said Trip.com.

In the city here, hotels in Lujiazui, Chongming Island and Zhujiajiao watertown are among the most popular.

Some 67 percent of hotel bookings are for four- or five-star hotels, and more than 60 percent of those making reservations are people born after 1990, according to the travel operator.

Search volume using the key words "travel around" has surged 71 percent this year, according to the travel review website Mafengwo.

"Many younger people with busy careers usually return to hometowns or spend the holiday traveling elsewhere, often ignoring the charm of the cities where they work and live," said Feng Rao, a tourism analyst with Mafengwo. "Good tourism services can give comfort to those unable to return home and show off the glamorous side of a city."

The website has launched in-depth guide services to enable people to learn the history and culture behind local tourist attractions.