Even the stinkiest of jobs doesn't stop for Spring Festival 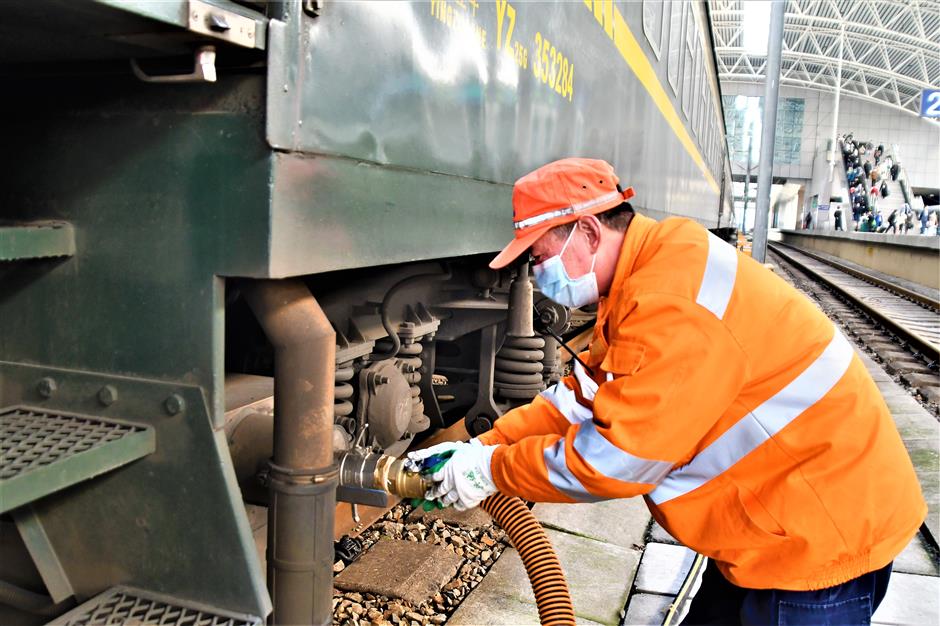 Fang Guobing pumps out excrement from a train.

Fang Guobing’s job is not the kind that most people would want to do. He drains out the toilets on railway trains.

The 54-year-old native of Anhui Province is faceless to most rail travelers, but his work ensures clean restrooms on board.

For up to 10 hours a day, with trains passing not far from him, he pumps out excrement from 33 trains a day at Shanghai Railway Station. During Spring Festival, when train travel increases, he has more work to do.

The standard train of 18 carriages collects fecal matter in 34 tanks.

Fang has to endure stink, back and arm pain, and freezing winter weather or sizzling summer temperatures.

The former security guard and canteen worker has been doing jobs in Shanghai since the 1980s. He has been at the railway post for more than 10 years.

This Spring Festival holiday, Fang was looking forward to going back to his hometown for the annual family reunion and to celebrate the first-month birth of his granddaughter. However, a resurgence of COVID-19 put paid to his plans.

"I haven't met my new-born granddaughter yet,” he said mournfully.

Fang lives alone in Shanghai since his son returned home after marriage, he told Shanghai Daily.

"My son and his wife are considerate, and they understand and support my decision to stay here," said Fang. "I plan to go home in March if the pandemic wanes. It will be a lonely holiday this year.” 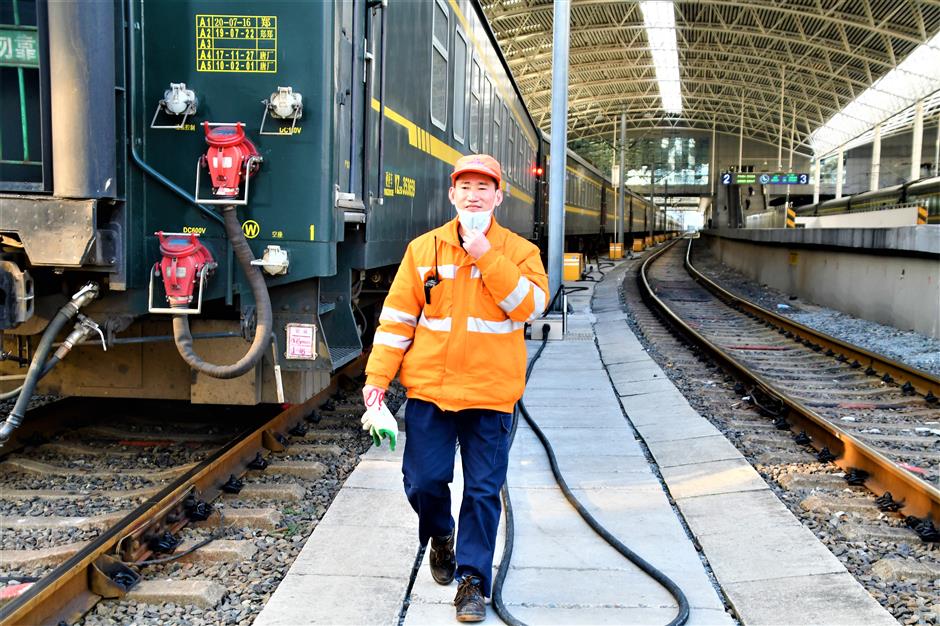 Fang will have nianyefan, the traditional Lunar New Year’s Eve dinner of dumplings and roast duck, with his colleagues, provided by his employer.

In the past 10 years, Fang has spent most of Spring Festival holiday and other holidays on the job.

"Our free time is when the travel rush abates,” he said. “I’ve become used to it.”

He starts work at about 5am, checking equipment, making repairs and doing maintenance. He leaves after the last train at the station.

His job allows him only short breaks between trains, except for meal time.

"I cannot be home watching the CCTV Spring Festival Gala because trains keep rolling on New Year’s Eve," he said. "Having a video chat with my family on the eve is the happiest moment for me."

Pumping waste is not as simple as it may sound. It's a complicated, multistep process that requires skill and practice.

"It involves 16 movements, such as disengaging pipes and opening valves, and none can be done wrong,” said Fang. "The order must be strictly observed or safety hazards could result.” 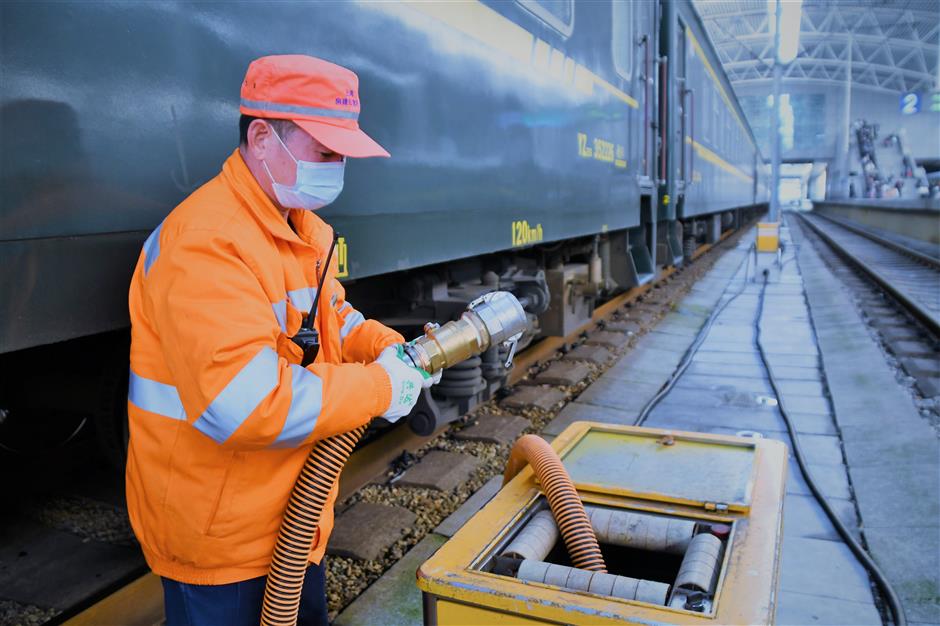 His clothing, to be sure, gets pretty dirty and smelly. Leakages can delay normal departure times. Summer heat and winter cold make the job tougher.

In summer, the temperature on the tracks can hit 58 degrees Celsius.

"The hot steaming air from the trains, mixed with the stink, makes me uncomfortable and soaks my uniform in sweat," he said.

In winter, drainage valves can freeze.

"We need to remove the frost and ice, particularly for trains from China's north where it was snowing," he explained.

Even in typhoons, snow and heavy rain, the work continues.

Sometimes passengers flush items like toweling, paper, sanitary napkins, plastic bags, and even combs down the toilet, which can clog drainage pipes.

"Sometimes, I have to remove excrement by hand," said Fang.

After a day’s work, Fang said his arms and back ache.

Despite all these hardships, Fang still sticks with his job.

"Every job requires labor no matter how tough it is," he told Shanghai Daily. "Creating a clean toilet environment for passengers is my duty."

Together, they remove about 50 tons of waste from around 2,000 tanks every day.