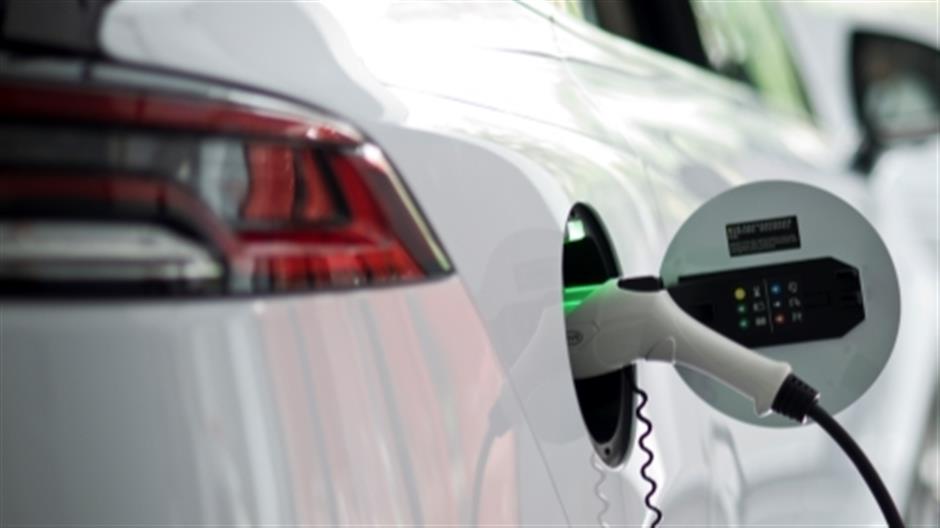 When the green movement first washed over the global auto industry, plug-in hybrids that operate on both gasoline and electricity were the vanguard of new technology in China.

Plug-in hybrid cars still find themselves wedged between the internal-combustion age and the emerging era of fully electric cars.

But even as electric cars take on a more prominent market presence, hybrids that straddle the past and future are still being manufactured and sold.

When the green movement first washed over the global auto industry, plug-in hybrids that operate on both gasoline and electricity were the vanguard of new technology.

But the question has lingered: Can hybrids ultimately survive in a zero-emission environment?

The government plays a pivotal role in the green car revolution. Its support for cars with low or no emissions is aimed at reducing pollution, cutting dependence on foreign-imported oil and setting up China as a world leader and exporter of new-energy vehicles.

The nation has certainly been a trend-setter in the field. Sales of electric cars, plug-in hybrids and fuel-cell vehicles hit a record of 179,000 last month, soaring nearly 300 percent from a year earlier, according to the China Association of Automobile Manufacturers. It was the seventh consecutive month of increases.

Electric cars accounted for a majority of those sales, with 151,000 in the month.

The association did note that the large percentage of January gains reflected the impact of COVID-19 on year-earlier sales.

Sales of all new-energy vehicles totaled 1.4 million units last year. Electric cars accounted for 82 percent of those sales, rising 11.6 percent from the year earlier. Sales of hybrid plug-in cars totaled 251,000, increasing 8.4 percent to account for 18 percent of the market. Only 1,000 fuel-cell vehicles were sold.

A fuel cell vehicle is one that runs on a fuel cell to power an electric motor. They generally use oxygen from the air and compressed hydrogen. Most are classified as zero-emission.

Sales of green vehicles in China are forecast to rise to 20 percent of overall new car sales by 2025, up from 5 percent in 2020.

A year ago, in a boost for hybrids, China reclassified gasoline-electric cars as “low-fuel consumption passenger vehicles,” which means manufacturers will accrue far fewer “negative points” than makers of gasoline-only vehicles.

Automakers in China are obliged to manufacture new-energy vehicles to offset negative points they incur when they produce internal-combustion vehicles.

Of all the solutions to eliminating auto pollution, the fully electric car sits at the forefront of China’s auto-development strategy. Multinational car manufacturers such as Volkswagen and BMW, and startups such as Tesla and NIO, have rolled out their models of electric cars, amid competition to win the hearts and pocketbooks of consumers.

And Shanghai, which has led the world in electric car sales, provided the incentives that attracted Tesla to build its first major factory outside the US in the city.

Plug-in hybrid owners have always been a rather small group of consumers, but they still persist in the market. For some, the vehicles address green consciousness while providing a safety net if, for example, charging stations are not readily available or long intercity trips are undertaken.

Li Lin, 31, who works as a fashion blogger in Shanghai, owns a Toyota seven-seat, 2.5-liter engine plug-in hybrid with an electric motor. It is fuel-efficient, at 7 liters per 100 kilometers.

A big factor in her choosing the vehicle, she said, was the free green car license plate that comes with such vehicles, avoiding the cost and hassle of getting a plate for a gasoline-powered vehicle.

Li said she is now suggesting her friends buy plug-in hybrids in advance of a city policy shift that will exclude hybrids from green plates, beginning in January 2023.

He added, however, that the policy doesn’t mean the end of plug-in hybrids.

In fact, the Chinese government has never officially stated which class of new energy vehicles it favors. It is even aiming to improve the fuel economy of traditional gasoline-powered vehicles.

Competition in China’s plug-in hybrid vehicle market is not as fierce as that of electric vehicles, though there are a multitude of manufacturers that include BYD, SAIC Motor and Li Auto. Moreover, hybrid makers are continuing to roll out new models.

Shenzhen-based electric car startup BYD has released three plug-in hybrid models equipped with its hybrid technology, which will be officially launched in March. One is a plug-in hybrid powertrain called DM-i, which is expected to reduce fuel consumption to 3.8 liters per 100 kilometers.

Chinese automaker Great Wall is unveiling its all-new Mocha sport-utility vehicle. The Mocha is the first model of the Wey brand, featuring a 48-volt, mild hybrid system that will be officially launched this year.

“Auto companies are developing plug-in hybrids and look forward to the future potential of this sector,” analyst Zhang said. “Car manufacturers are choosing to adopt a multi-path development strategy, which benefits them a lot. BYD is a great example.”

But consumers were slow to warm to the new vehicles, citing too few charging stations and limited driving ranges between charges.

To prod the strategy along, the central government a year later introduced a program subsidizing purchase of fully electric passenger vehicles. Various cities, including Shanghai, have introduced their own incentives, though some have been scaled back.

The government has also pledged to increase construction of charging stations.