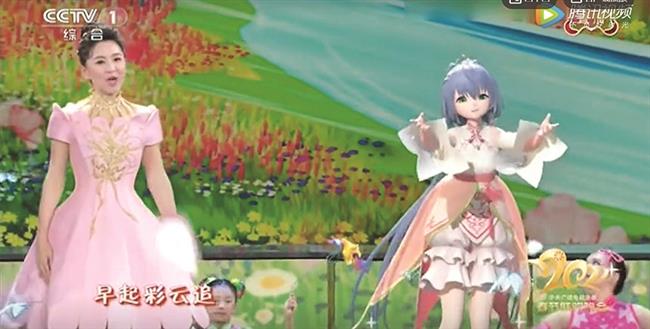 One of the hit performers during the recent China Central Television Spring Festival Gala wasn’t a real person at all.

Luo Tianyi, a “vocaloid,” is a virtual pop star popular with Chinese youth. She was created by digital technology.

Luo, dressed in a modernized version of traditional Chinese clothing and wearing her gray hair in a traditional style, too, did in a song-and-dance segment for children during the gala, which is watched by millions every Lunar New Year’s Eve.

The latest in augmented reality technology allowed Luo, designed as a 15-year-old, to dance in the air like a butterfly as she sang during a 5-minute performance. In a video clip of the performance on video-sharing site Bilibili, viewers left comments remarking how human her voice sounded.

Luo was created in 2012 by Tokyo-based Bplats Inc, an application service provider under Yamaha Corp, in collaboration with Shanghai Henian Information Technology Co. She has now been transferred to Shanghai Henian under the brand Vsinger.

Chinese voice actress Shan Xin provided the voice for Luo, and the vocals were synthesized using Yamaha’s Vocaloid software, which allows netizens to pay for access to Luo’s voice database and compose songs. 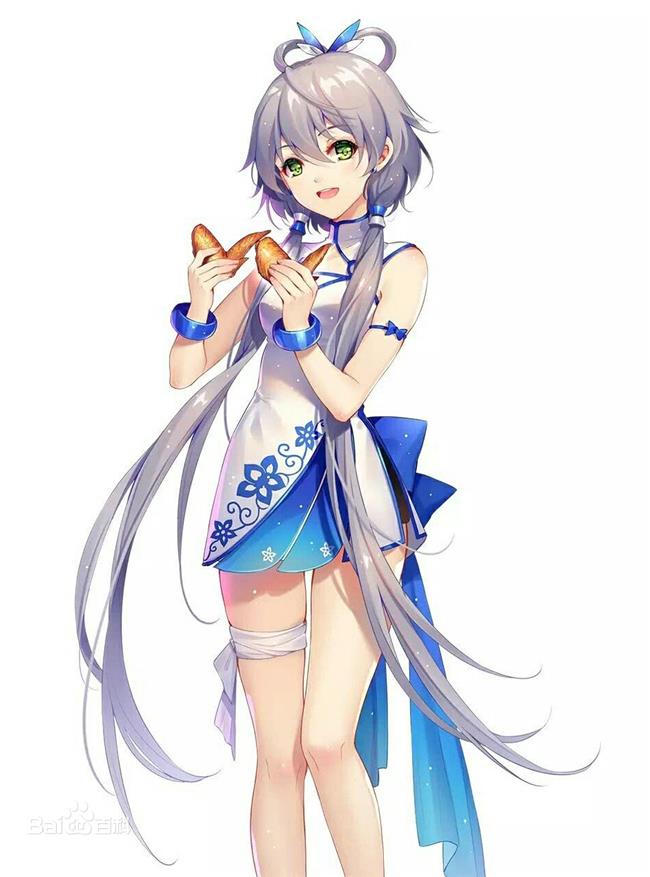 Luo Tianyi never gets tired, despite her hectic schedule.

It's not the first time that Luo has appeared on television. The night before Chinese Lunar New Year's Eve in 2016, she sang a duet with real-life singer Yang Yuying on Hunan Satellite TV. That debut made her the first virtual idol to appear on a major Chinese television channel.

She appeared in two other programs on Hunan Satellite and presented the New Year’s Eve countdown on Jiangsu Satellite TV at the end of 2017. She also sang with Peking Opera master Wang Peiyu on China Central Television in 2018.

Apart from entertainment, Luo peddles products. She has served as the brand ambassador for food chains Pizza Hut and KFC, for Chinese makeup manufacturer Pechoin, for sanitary pad supplier Whisper, for razor maker Gillette and for laundry detergent giant Tide.

That’s one benefit of a robotic creation – Luo never tires out from a hectic schedule.

Virtual idols are becoming more common in China. Through technologies like artificial intelligence, motion capture and modeling, these digital avatars and human voices can be tailored to meet idealized public perceptions. 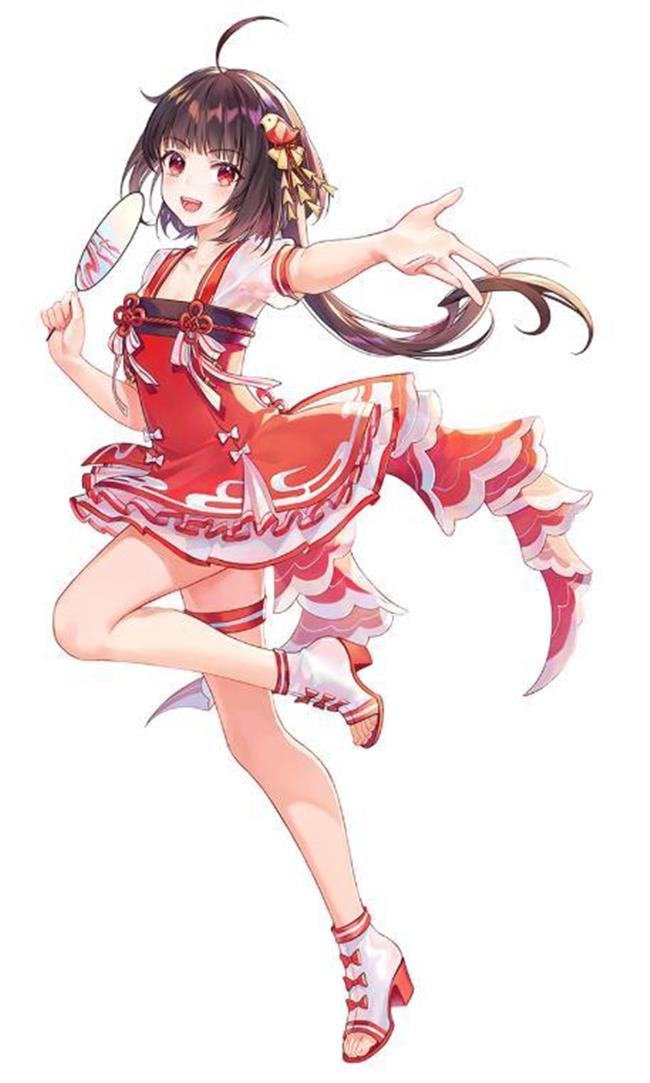 Ling Yuan yousa, a virtual idol on Bilibili, has more than 2.8 million followers.

Ling Yuan yousa is a virtual idol on Bilibili, with more than 2.8 million followers. A song she sang with several other singers in celebration of the Chinese Luna New Year was viewed nearly 4 million times on Bilibili.

But unlike Luo, Ling has a real-life female singer behind her, who also composes the songs and writes the lyrics. That singer, who doesn’t show up on camera, made herself into a virtual idol and was the first member of Bilibili's VirtuaReal Project.

Ling, too, has appeared in big events on Bilibili and in the live concert Bilibili Macro Link, which was presented on the stage of Dragon TV's New Year countdown this year. She also promoted product brands, chatted with Taiwan-based TV host Kevin Tsai and was interviewed by fashion magazine Rayli.

Domestic platforms seem only too willing to provide opportunities for these promising idols.

Last month, Bilibili held the online virtual-idols concert Vox Ultima with Shanghai Media Group. The concert designed various backdrops for each singer, including a snowfield, the deep sea, a forest and a cyberpunk city.

During the concert, domestic singer Huo Zun, who specializes in traditional Chinese- style songs, used his virtual avatar Jiuwei neko to give the performance. 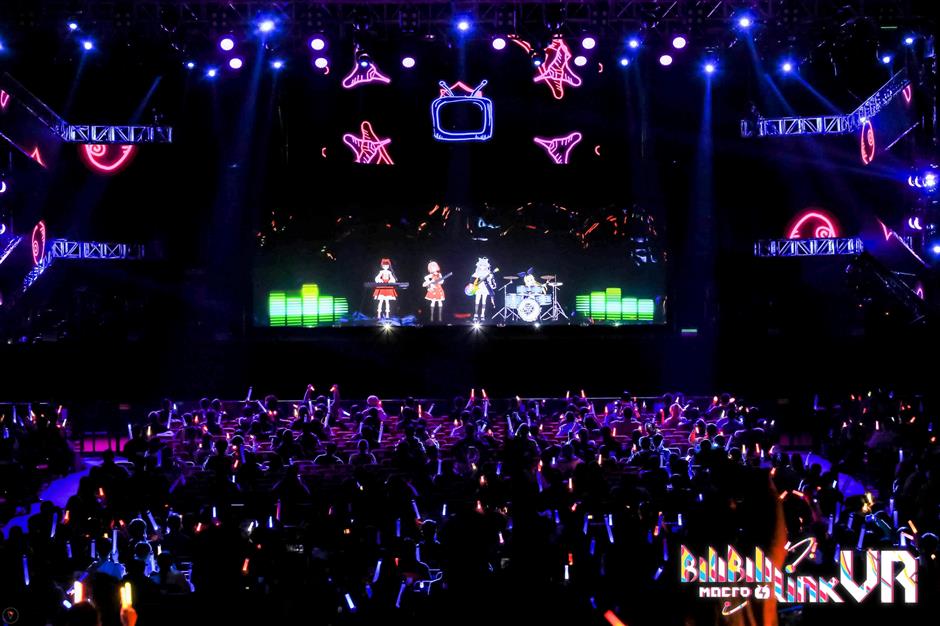 Last October, a talent show called Dimension Nova was released on streaming platform iQiyi. There, virtual entertainers created by different companies "competed" with one another.

The show did have some flops caused by technical problems. For instance, virtual entertainer Meiyu dropped his head when doing a somersault, and he kept curling up during another performance.

But the show highlighted the emergence of virtual performers on the entertainment scene. Their popularity reflects the public’s desire for the "perfect" idol or partner. These avatars can chat with you, and sing and dance for you. Some worry that obsessions could make worshipers shy away from human relationships. 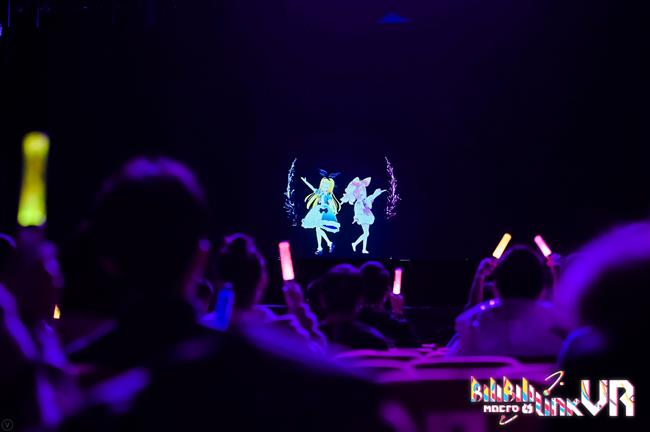 Where is this all leading?

A netizen called "FHT060" said people can love virtual idols, enjoy their works and feel the power they bring to you. People can also support an idol and try to make its songs more widely disseminated, throwing in their own musical creations.”

"With the expansion of the market for anime, comics and game lovers, the expectations of fans are getting higher,” a netizen said. “The emergence of virtual idols shortens the distance between fans and idols. Moreover, the nature of the virtual idols means they won’t do things that frustrate people’s expectations."

Yumi Fang, a local white-collar worker and a longtime Bilibili viewer, told Shanghai Daily that she feels virtual idols like Luo Tianyi give the public new space for creation.

"The presence of Luo allows some who aren’t good at singing to write songs or lyrics that may become popular with other people,” Fang said.

Bismark Li, a media professional in Guangzhou, said entertainers who used avatars as performance fronts may want listeners to focus on songs and lyrics, not looks. However popular some avatars become, he said, they won’t supplant living performers.