Everyone applauds the idea of saving the planet by creating a greener, more sustainable environment. The hard part is achieving that goal.

Shanghai has set a goal of becoming a model “green city” of carbon neutrality and sustainable lifestyle habits.

One obvious way to foster a cleaner environment is to recycle as much as possible. Shops, both online and offline, are promoting secondhand clothing, electronic gadgets, books and other items that one household may want to discard and another household may want to buy. It’s the modern version of the old idiom "one man’s trash is another man’s treasure."

Technologies such as 5G, the Internet of Things and industrial automation are playing important roles in creating an eco-friendly planet.

She said digital technology has much to contribute in helping the United Nations achieve its sustainable development goals. 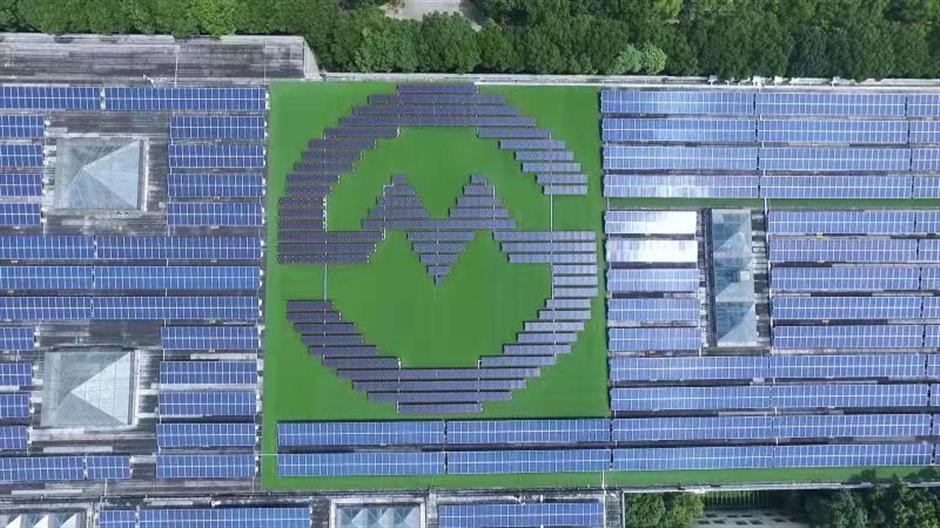 In 2020, Huawei recycled over 4,500 tons of electronic waste through multiple initiatives, including a reduction of plastics in phone packaging. It also delivered a reduction of 148 million tons of carbon dioxide emissions through the deployment of the company FusionSolar solution in more than 60 countries, equivalent to planting more than 200 million trees.

On the garage of the Longyang Road Station, 50,000 square meters of rooftop solar panels have been installed. The electricity generated is used for trains and other operations of Metro lines 2 and 7, which connect at the station in the Pudong New Area.

More than 4 million kilowatt-hours of electricity were generated last year by the solar panels, enough to power an eight-car Metro train for 200,000 kilometers.

It’s one of the 10 station solar energy projects in Shanghai, according to the Shanghai Metro Group, which founded a subsidiary called Shanghai Metro New Energy Co to support the project.

Currently, solar energy meets only about 1 percent of total energy used by the Metro system. Gao Jun, manager of Shanghai Metro New Energy, told Shanghai Daily that it leaves plenty of room for the introduction of more clean-energy resources.

The project dovetails with the Chinese government’s targets of clean air and carbon neutrality by 2060. City officials have said they expect to achieve those goals in a shorter timeframe. Digital technologies and global collaboration are essential to the emissions reduction and environment protection blueprints adopted by the UN and the Paris Accords on climate change, speakers told the Shanghai forum.

With Huawei techs, engineers control and monitor the Metro rooftop power panels remotely, “sitting in their offices with a cup of coffee,” instead of having to climb up and down several times a day to check devices, said Yan Jianfeng, who works for Huawei.

Similar smart solar plants have also been installed in Beijing Daxing International Airport and in the Xiong'an high-speed railway station in Hebei Province, according to Huawei.

Recycling electronic discards is another way of contributing to environmental protection, according to TES, a professional firm involved in e-waste recycling.

At the TES Shanghai factory in Jiading District, Ding Bo, a veteran worker, can disassemble a smartphone into four parts within only 30 seconds. The dissembled circuit boards, cases, batteries and screens are sorted and sent to different workshops for further processing.

Workers in a electronics recycle factory in Jiading District

The parts can be reused in other industries, according to TES.

Kang Junfeng, who works at TES Shanghai, said metals including gold can be extracted with professional recycling, taking advantage of an “invisible mine.”

Indeed, about 120 kilograms of gold and 87 tons of copper can be extracted from every 10 million phones. It’s enough to produce up to 190,000 Olympic Games medals.

Tech giants like Apple and Huawei have established easy, clear recycling standards and offer users coupons and discounts to turn in their used phones.

In the past four years, Huawei has recycled about 600,000 phones. At the same time, the company has been gradually reducing use of plastics in packaging.

“China must promote a range of disciplines, including engineering and finance, to fill the talent gap needed to advance sustainable development,” said Li Zhiqing, director of Fudan University's Center for Environmental Economic Studies.

Lawmakers attending this month’s National People’s Congress in Beijing will be considering proposals to establish national standards for electronics recycling, according to media reports.

Déjà Vu, a secondhand store for books and clothes opened in December, adds a trendy attraction on Anfu Road, besides fancy old buildings, cafes and the Shanghai Dramatic Arts Center. The idea seems to be welcomed by people in Shanghai, including those fashion and tech-savvy visitors in the stores in the recent weekends.

Deja Vu also collects and resells used electronics including Kindle online. They will be traded in its online platform, which breaks space and opening hour limitations of brick-and-mortar stores.

Sometimes, saving the planet comes in the smallest of steps. The Déjà Vu store in Shanghai not only promotes reusing goods but even bundles up book purchases with recycled string to avoid using paper or plastic. 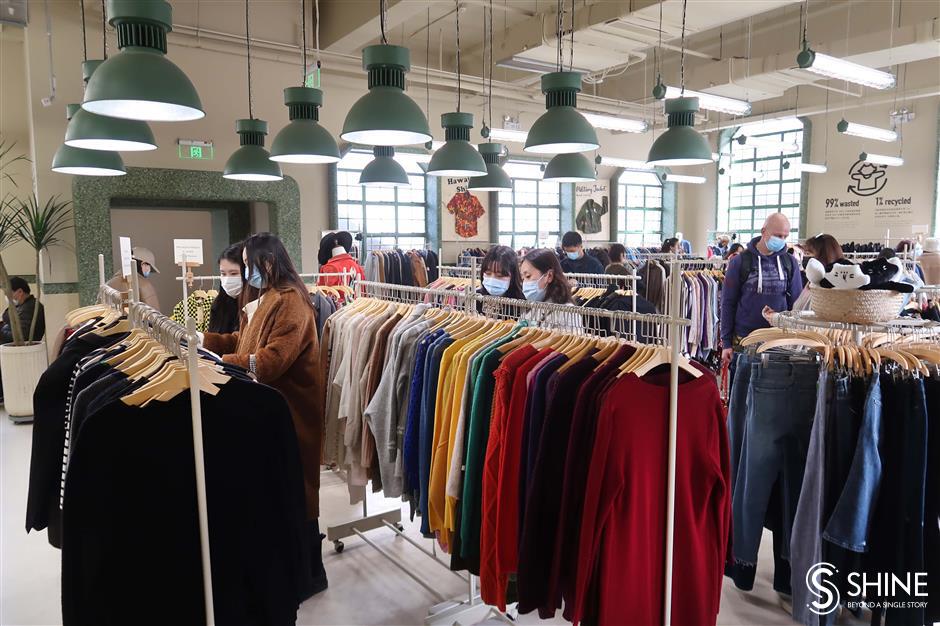 A secondhand store for books and clothes on Anfu Road