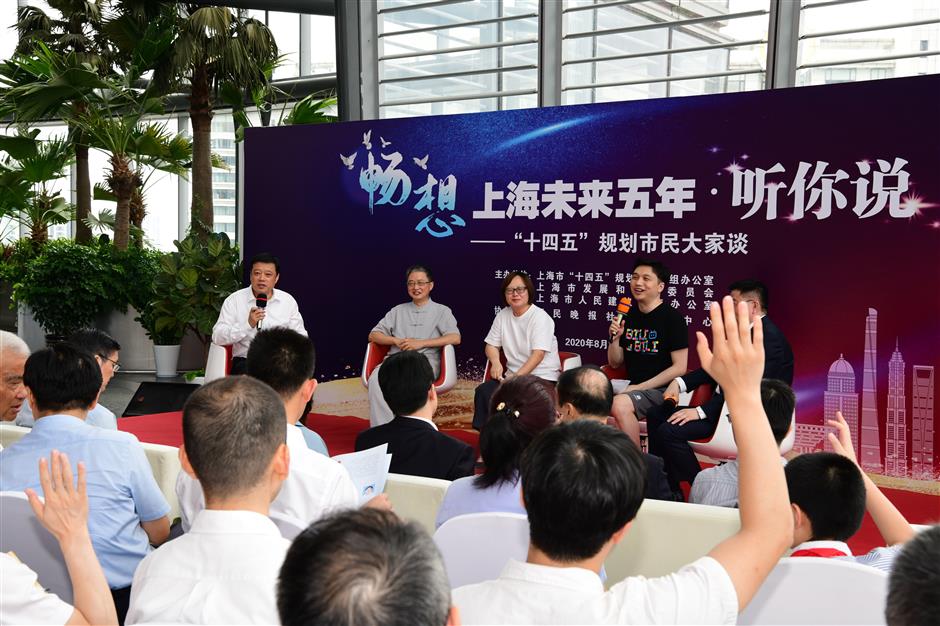 Residents offer their opinions on Shanghai’s development during an event organized by the local advice collection office for soliciting ideas for the 14th Five-Year Plan (2021-2025).

People often come up with new ideas. When stuck in a long line on the highway, you might think about how to raise the efficiency of transport. When you have driven a long way to take your sick baby to hospital, you might seek better family doctor services or online diagnosis.

You wish your voice could be heard by policymakers but wonder how that can be achieved.

The Shanghai government says you can use the xinfang, or public complaint and proposal system, through which the city can better hear the voice of every citizen.

Tang Xiaotian, a 71-year-old retired professor from the Shanghai University of Political Science and Law and a Communist Party member, is an adviser who has been involved in the construction of Shanghai’s xinfang system and keeps coming up with ideas.

Tomorrow, the annual plenary sessions of the nation’s top legislature and political advisory body concluded in Beijing after collecting proposals and advice from National People’s Congress deputies and members of the National Committee of the Chinese People’s Political Consultative Conference.

But Tang believes that outside the conference halls, ordinary people can offer their opinions on cities’ development via the xinfang system.

In most cities, the public complaints and proposals office and its branches collect public opinion from residents and pass it to related government departments for a response.

Tang told Shanghai Daily that although China had its own representative systems — the People’s Congress and the People’s Political Consultative Conference — he believed there should be an open channel to allow people to express their opinions and advice directly. 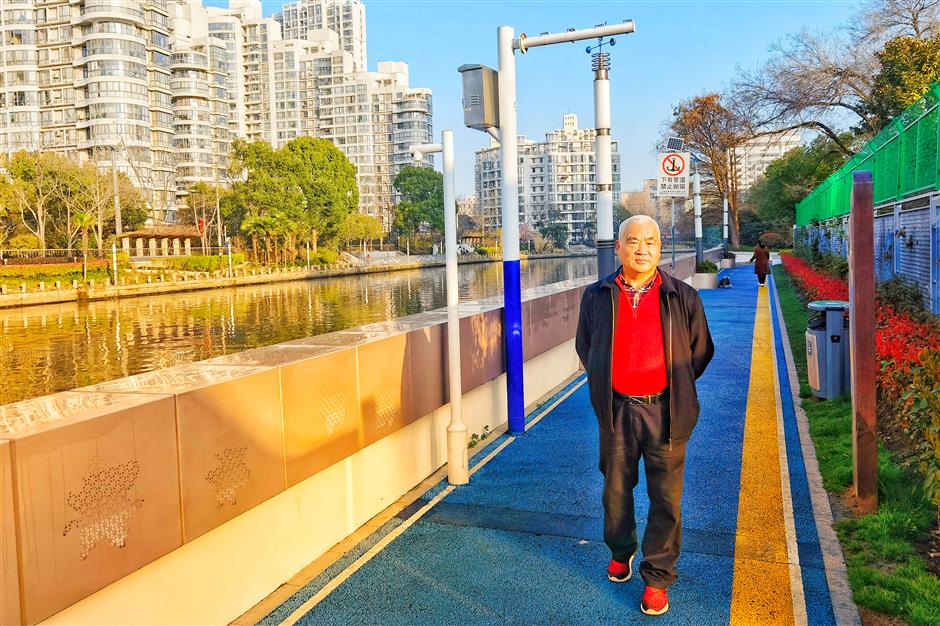 Tang Xiaotian is an active adviser who has been long involved in the construction of Shanghai’s xinfang system.

The xinfang system allows residents to communicate with the government every day when they want. “It’s an important supplement to the representative systems,” he said.

The local public complaints and proposals office set up a center to collect public advice in October 2011. The next year, Tang proposed some improvements.

In the past, the system mainly received complaints.

However, the xinfang mechanism is not just for complaints, Tang said, but a way for the government to learn about social conditions, gather wisdom from the public and safeguard the widest possible public rights.

Although some government departments have their own special platforms for residents’ advice, such as the environmental protection hotline, the xinfang system could be more comprehensive and efficient. Besides taking individual complaints as usual, it solicits public opinion and lets people think about more than themselves — about the city and the interests of others.

The city government paid attention to this issue and gave instructions on Tang’s proposal for further institutional arrangements, according to Tang.

Tang said he was familiar with the first group of people collecting public advice at the city’s public complaints and proposals office. “At the very beginning, there were only three people doing this. And some government departments didn’t place much emphasis on the advice transferred to them.”

Currently, both issues have improved a lot. The advice-collecting team has more members and the authorities are treating public advice much more seriously.

Tang has made several proposals which had been taken into consideration by the local government.

Last year, he focused on the management of public areas along Huangpu River and Suzhou Creek.

“It’s a monumental project for local government to construct the waterfront areas of the river and the creek, which belong to all citizens rather than a company or a community,” Tang said. “But now I find the key point of this project should shift from construction to management after renovation.”

He said residents should be guided to cultivate good behavior when visiting the riverside areas. “If the visitors don’t have civilized habits, the beautiful scenes along the riverbank may face damage and trigger some complaints,” said Tang, who jogs beside Suzhou Creek every day. “For instance, many pet owners walk their dogs there without picking up the poop, ignoring the signs which ban dog walking in these places.”

Earlier in 2018, Tang started to research the management of the riverside areas to figure out which activities were appropriate and which were not. He later proposed legislation on the administration of the banks of Huangpu River and Suzhou Creek.

If the channel for people to express their thoughts is blocked, then there will be no more good ideas but just complaints.

This year this issue is listed in the legislation plan of the Shanghai People’s Congress and is scheduled to receive its first review in September.

“An old saying goes, ‘Do unto others as you would have them do unto you.’ But I think one also should not impose on others what he or she loves,” said Tang. “Some love dogs, but others don’t. Your joy should never be built on others’ pain.”

He thinks a city should seek benefits for its people. But the city also needs its people to contribute their own creative ideas.

“If the channel for people to express their thoughts is blocked, then there will be no more good ideas but just complaints. And the government should also guide its people to care about the development and operation of the city.”

He cited an example of how public advice can change lives.

“Now you can see the zebra crossings on some streets are not totally flat and slippery as they were. That came from a resident’s advice,” Tang said. “The person said the white paint on tarred roads made the latter slippery, especially on rainy days, which could cause passersby to fall down. So he suggested via the xinfang system that the zebra crossings be made rough to increase friction.”

Although it seemed a petty matter, Tang said, it did benefit people and let them know that the government cared about them. That’s why he believes the xinfang system is important for both.

Sometimes the realization of a proposal will be a bit different from what had been envisaged.

When Tang noticed the increasing longevity of Shanghai residents, he thought showing the lives of local centenarians could be a good way to encourage healthy lifestyles as well as promoting the city’s health care and elderly care.

So he suggested a “wall of centenarians” be built in a downtown park with pictures and introductions. The city’s Party secretary told the bureau of civil affairs to follow up this idea.

But due to geographical restrictions, they were unable to build a real wall and after several discussions with Tang, a “wall of centenarians” was started online. Tang was still satisfied with this result. 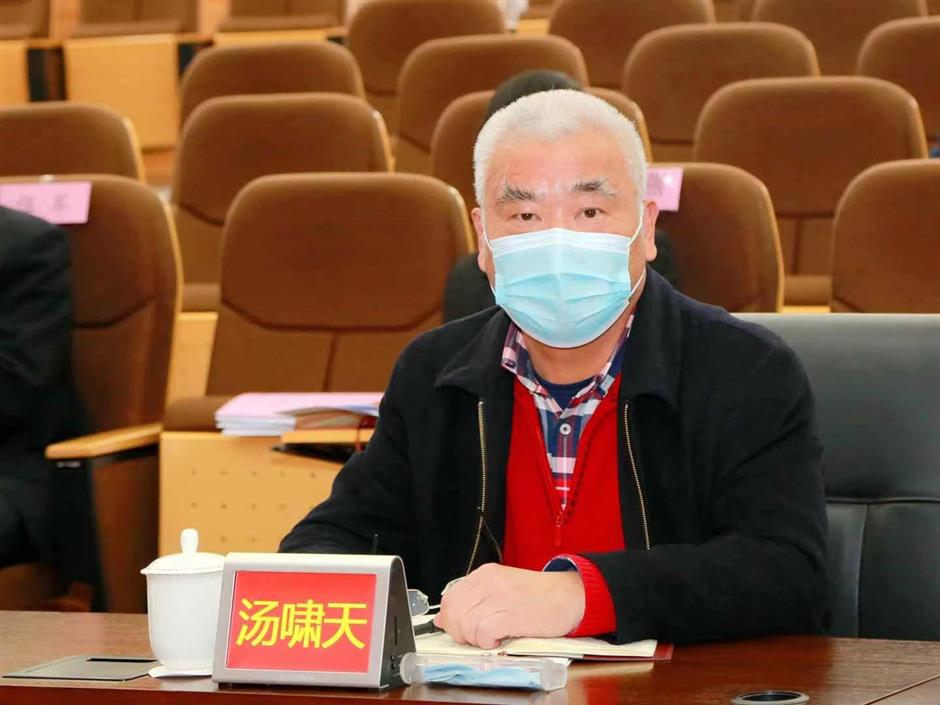 In his previous proposals, Tang paid attention to hot topics such as Metro ticket prices, premarital checkups and securing shop signs that could fall and hurt people.

He also proposed ideas such as applying the latest blockchain technology into the city’s governance and medical record sharing between different hospitals.

Last year, during the coronavirus pandemic, he put forward more than 10 proposals on pandemic prevention and control.

Currently, he is keeping his eye on the construction of five “new cities” in Shanghai’s outlying areas.

By 2025, it has been estimated that the five new cities — Jiading, Qingpu, Songjiang, Fengxian and Nanhui — will have attracted 3.6 million permanent residents with the overall gross domestic product volume of the five districts hosting them reaching about 1.1 trillion yuan (US$169.6 billion).

“I just submitted a proposal about that. I think a key point in the five areas’ construction is giving equal public services in these places as in downtown,” Tang said.

In his opinion, medical care and education are the two priorities for the new cities.

In July, the city’s advice collection office was unveiled to take all kinds of advice covering everything about the city. Last month, a hundred pieces of public advice it collected were deemed outstanding by the local government.

Last year the office received and handled more than 20,000 opinions and suggestions from the public and launched several advice collecting events on specialized topics.

The adoption rate of the advice it handed to relevant departments reached more than 98 percent.

Now all 16 districts of Shanghai have their own branches of the office.

Wang Jianhua, director of both the city’s public complaints and proposals office and the advice collection office, said: “Besides Shanghai residents, people from other provinces or travelers can give us advice as well.” The office also welcomes advice from foreigners.

People can submit their advice on official government sites, by mail or by scanning a QR code on WeChat.

Advisers who have helped improve Shanghai

Wu Mingxin, an employee with Japanese paper manufacturer Oji, found it was hard for a foreigner to apply for a health code after the system was launched in the city during the coronavirus pandemic.

Wu said that as work resumed after the pandemic waned, an increasing number of foreigners had returned to the city. As a foreign firm, Oji has many foreign employees but they were not familiar with the health code system. Some were not used to using Alipay or WeChat.

The health code system also lacked basic information on foreigners such as identity and entry and exit records.

He proposed to advice collection office about providing a health code service to foreigners with a database of their basic information, better online and hotline services and promotion in different languages.

His advice was adopted by the city’s health commission and big data center, which helped foreigners register and obtain the health code service. 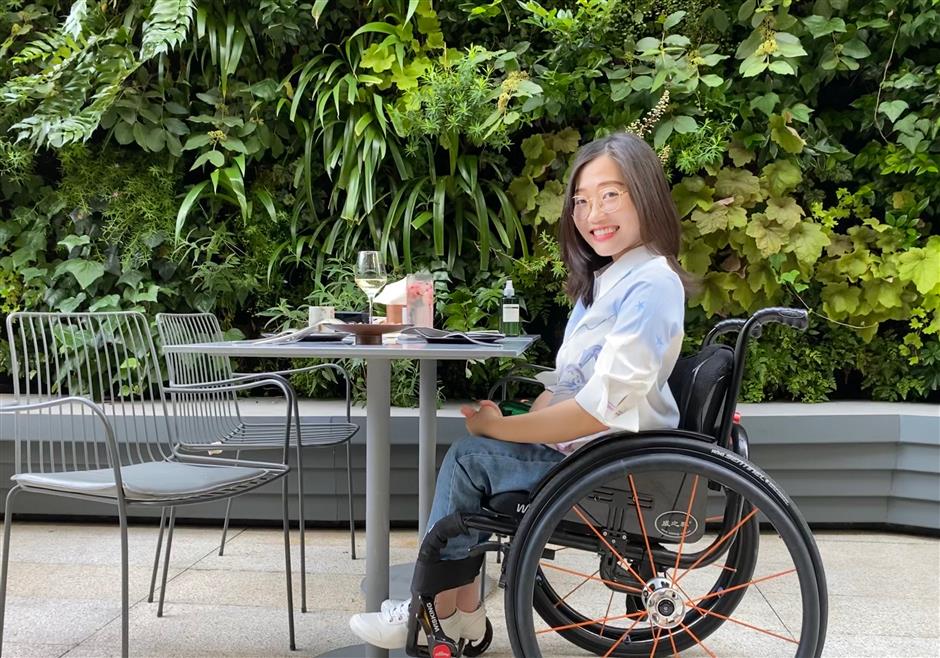 Zhao Hongcheng, an uploader with video-sharing site Bilibili, is a wheelchair user. She focused on barrier-free facilities on public transport such as the Metro and buses and has made several videos about that.

Although Shanghai had done well in building a barrier-free environment for those in need, she still felt nervous when taking a bus and faced a few difficulties.

On one occasion, a driver didn’t use a ramp to allow her on the bus and just asked her to seek help from other passengers. Zhao insisted, however, but then found the slope of the ramp was too steep and finally had to rely on other passengers’ help.

When in the spot for a wheelchair, she noticed there was no button to press when she wanted to get off and found it impossible to pay with coins or her transport card. She had to asked another passenger to do it for her.

She made a proposal to the advice collection office about this and received a response from the road transport authority. It promised her that the bus company would be required to tell their drivers to ask about the destination of anyone in a wheelchair in advance and help them with the barrier-free facilities. The authority will further regulate barrier-free buses and improve their services.