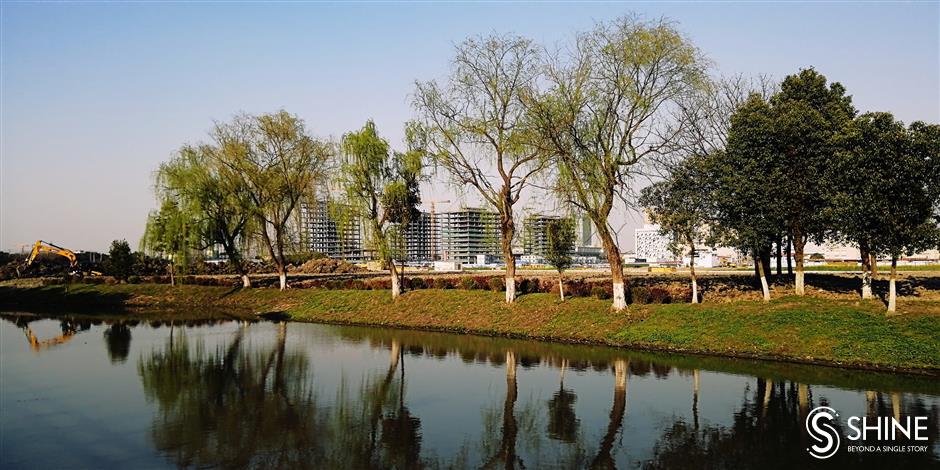 A high-profile software park in the making. It's about 20 minutes' walk from rustic rural apartments in a village in Qingpu District of west Shanghai.

Imagine you can walk about 20 minutes from your village apartment to your urban office – or the other way round. Does it sound like a fairy tale?It does for many modern urbanites who often find themselves haplessly locked in long commutes on most weekdays.For the imagination to come true, at least two things need to be put in place: First, you work within walking distance from where your live; second, the idyllic countryside where you live lies at the doorstep of the downtown business district in which you work.Working close to home is difficult enough for many urbanites, but even more difficult is to bring the city proper and the countryside within walking distance of each other. It requires nothing less than creating a countryside at the foot of a cluster of downtown high-rise office buildings, or vice versa.A downtown business district in the bosom of rustic villages? How can that be done? 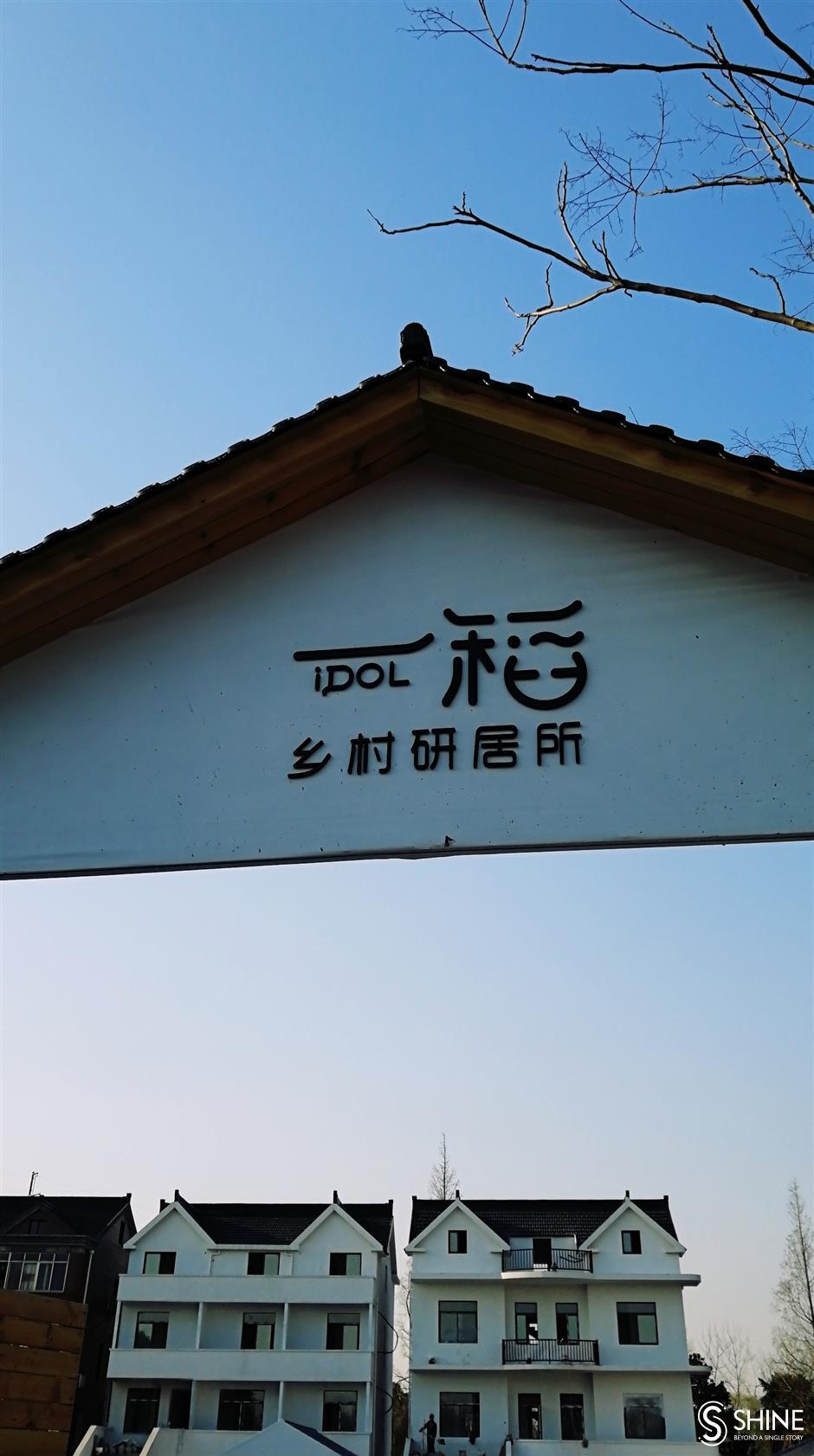 Vacant farmers' houses are being converted into apartments to attract software engineers who work nearby.

An answer presented itself when I had a casual walk in a "new city" at the weekend. I was walking in a riverside village where cropland had been newly tilled, ready for growing spring vegetables. Looking across the river to the east, I saw a number of low-rise office buildings in the making. A village official with whom I was walking told me the buildings are parts of a high-profile software development zone being built in west Shanghai.The Shixi software zone in Qingpu District will become a part of the city's west wing of high-tech development, the east wing being one that's already taken off in Zhangjiang in the Pudong New Area. Shixi literally means "west Shanghai."I gathered it would take me less than half an hour to walk to the future office buildings in the Shixi software zone, which in turn will be part of a new business district in the making. Not far to the north and northeast of the zone, a number of other high-calibre software development zones are also under construction. Together, these high-tech zones, featuring research in such areas as semiconductors and artificial intelligence, will form a new downtown business district in a new-concept city being developed in Qingpu.Such a new-concept city is inclined to integrate urban and rural landscapes, and put employees in a working environment that's close to where they live. 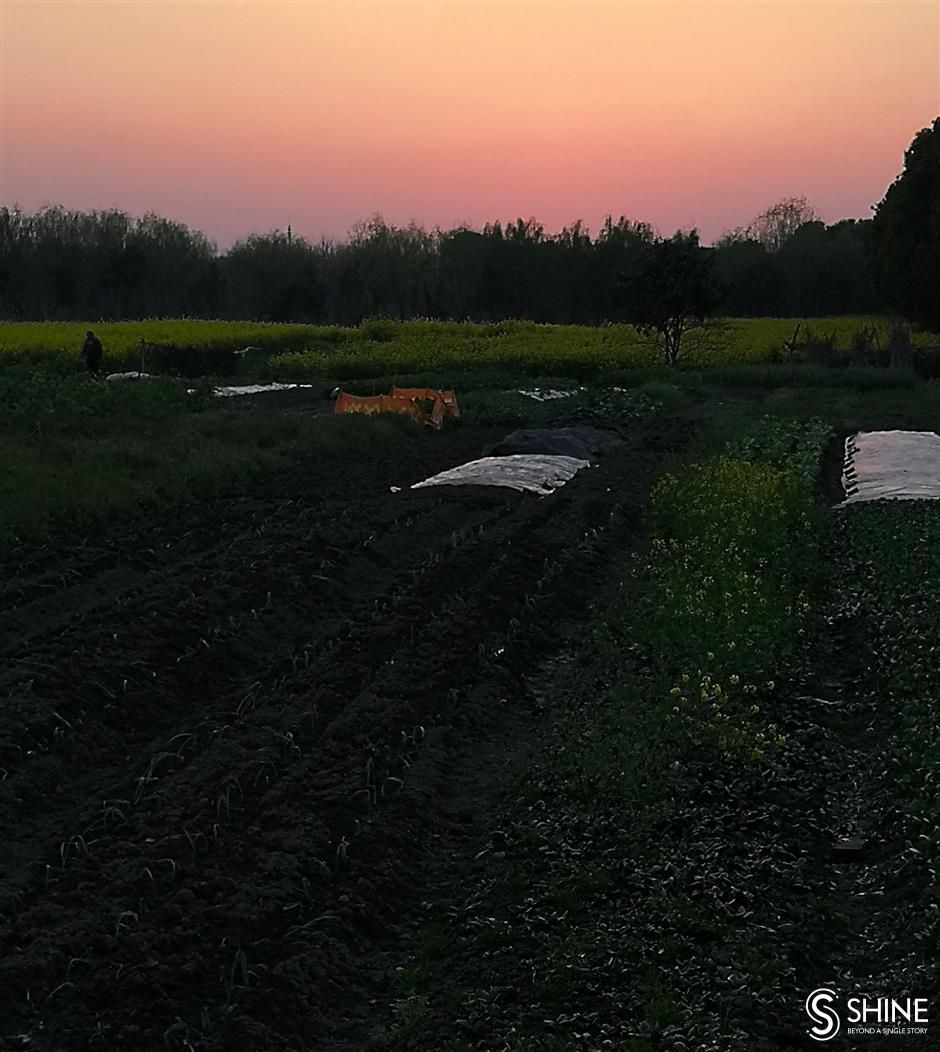 Vast stretches of cropland are preserved near a high-profile software development zone.

On March 19, the Shanghai government announced it will turn its five suburban districts into future cities that are "most dynamic, convenient and environmentally friendly." Although the five new cities – Jiading, Songjiang, Qingpu, Fengxian and Nanhui – will focus on different areas of business development, they have a common task of fostering an ecologically sustainable environment for both work and living. They will become such new cities as conducive to the symbiotic growth of the city and the countryside, effectively putting an end to the modern Western style of urbanization that has so often destroyed and debilitated farmland and its attendant rural life.As we sauntered through well-cultivated cropland and groves, the village official pointed to two adjacent farmers' houses with white walls and black tiles. He said they are now being converted into standard apartments suitable for software engineers either as their rental homes or as their workshops. As local villagers diversify their business beyond simply farming, he explained, some of them have more than one house to live in, and they're willing to rent part of their properties to nearby software developers.Imagine you are a software engineer. After a day's work – sometimes extended work – you just walk about 20 minutes and get home. Or, you and your colleagues have a brainstorming workshop at your well-shaded rural home by a river. Won't you feel more inspired?In a famous dialogue recorded by Plato, Phaedrus, a young student of physics and rhetoric, told Socrates that "it is much more refreshing to walk in the open than to be shut up in a cloister." Phaedrus made the remark while accompanying Socrates in a walk to the countryside for reflection on philosophical issues. So amazed by the refreshing power of the rural landscape, Socrates thanked Phaedrus for having "found a spell with which to draw me out of the city into the country, like a hungry cow before whom a bough or a bunch of fruit is waved."In Socrates' time, one could still easily walk between a city and the countryside. But for too long since the Industrial Revolution, many urbanites the world over seem to have forgotten how an idyllic countryside can inspire thinking out of the box. 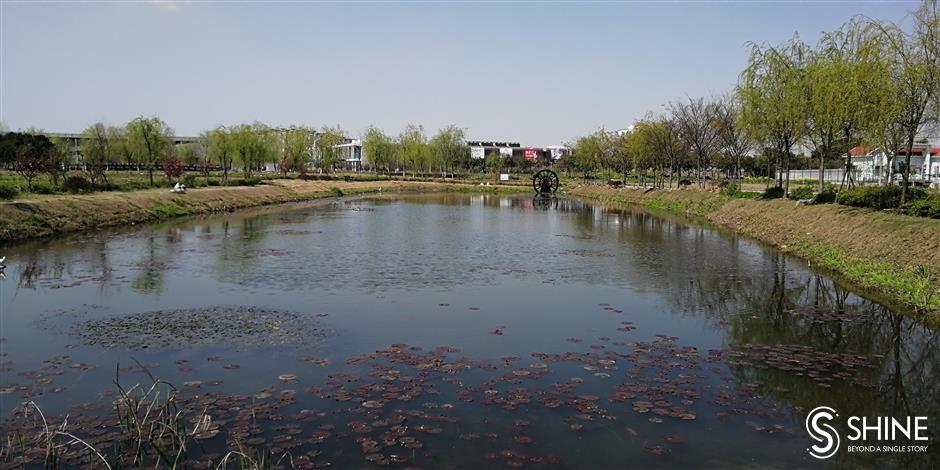 A lotus lake in Hemu Village. It's near a riverfront commercial street being built as part of a plan to integrate urban consumption with rural landscapes.

Fangxia Village I visited is home to the ancient Liuxia Culture which dates back over 2,500 years. Part of it remains pristine, with vast stretches of farmland and tall trees and zigzag rivers, including the 46-kilometer-long Dianpu River that flows from Dianshan Lake in the west to Huangpu River in the east.Dianshan Lake, which encompasses Qingpu, is about the size of 11 West Lakes of Hangzhou combined. Working by walking in this ancient village can help extend our vision beyond the here and now, benefiting us with historical nourishment.About five minutes' drive from Fangxia is another village which is introducing urban elements into its rural landscape in another way. Hemu (Harmony) Village has agreed with a private enterprise from nearby Jiangsu Province to convert a number of riverfront farmers' houses into cafes and other commercial outlets. When the project is completed, around this summer, people from nearby shopping centers and software zones are expected to come here for rest and refreshment. This riverfront commercial street will be one of the first of its kind in the sense that it "grows" in a village on the verge of a future downtown business district. Netease, a leading Internet firm, will build a creative industry park within walking distance of the village.In the past, industrial development worldwide often came at the cost of agriculture and rustic life. Now, Shanghai's five new cities are poised to pilot a new way of urbanization, which introduces a city neatly into a countryside, rather than creating a sprawling city at the expense of rural vitality. In a way, it's a local answer to a global problem in which unbridled urbanization can hurt the dynamics of nature herself. 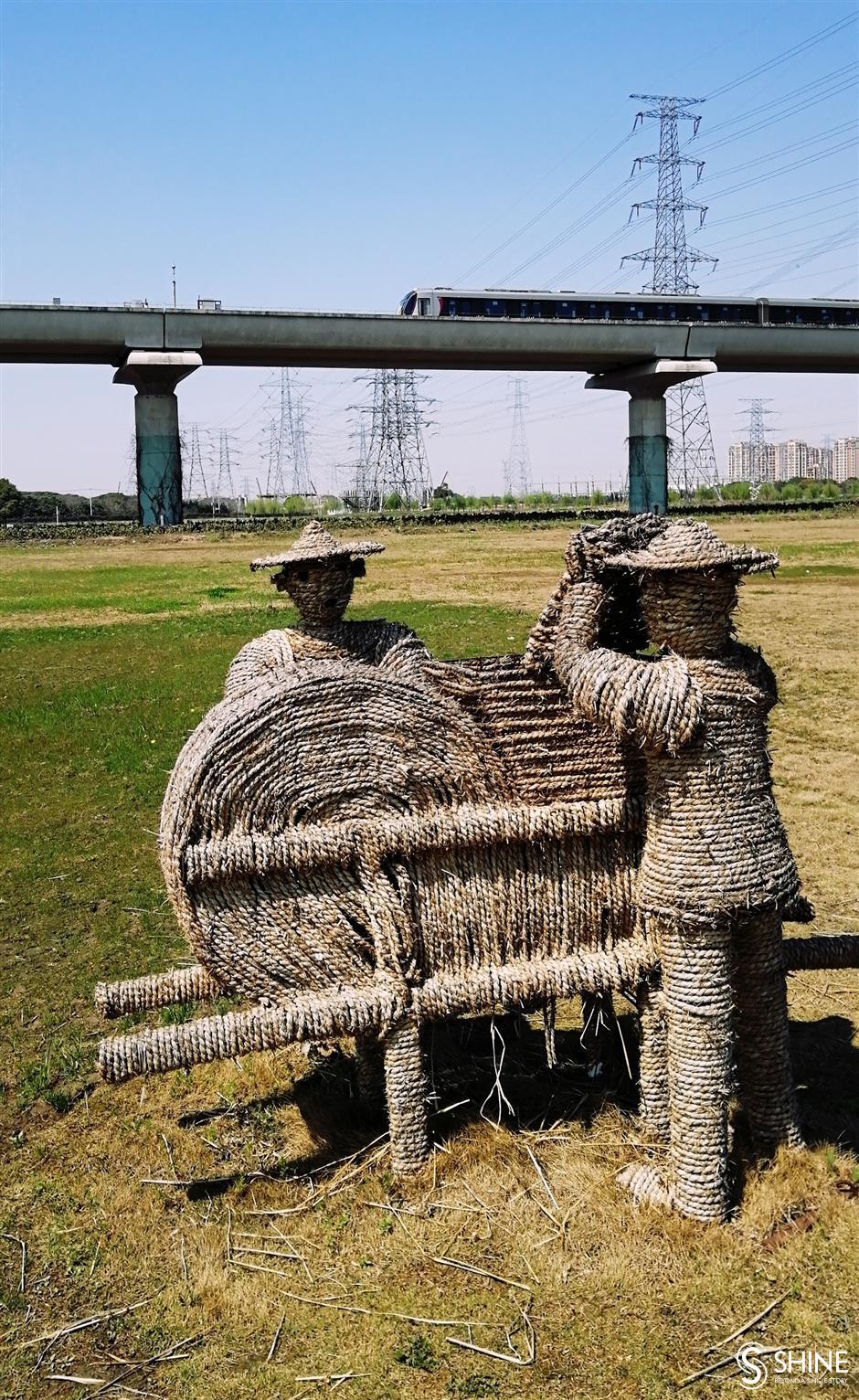 A "secret urban cropland" under a Metro line

If you visit Qingpu New City by subway (Line 17), you will see from your train passing over an elevated bridge about 66 hectares of high-quality rice field which is slated for permanent agricultural use. The field belongs to Hemu Village. In a harvest season, say October, you can bring your children here and they will learn how to harvest rice and make a meal out of what they can collect from the field.If you get on Line 17 at Hongqiao Railway Station, it takes about four or five stops to get to this "secret urban cropland." I was once afraid that this cropland might give way to real estate development, but a village official assured me over the weekend that this land will be permanently for agriculture.Well, let's stop imagining for a while. Why not come and see for yourself how a city in the bosom of villages can look like? A city  doesn't have to be aloof from the countryside.