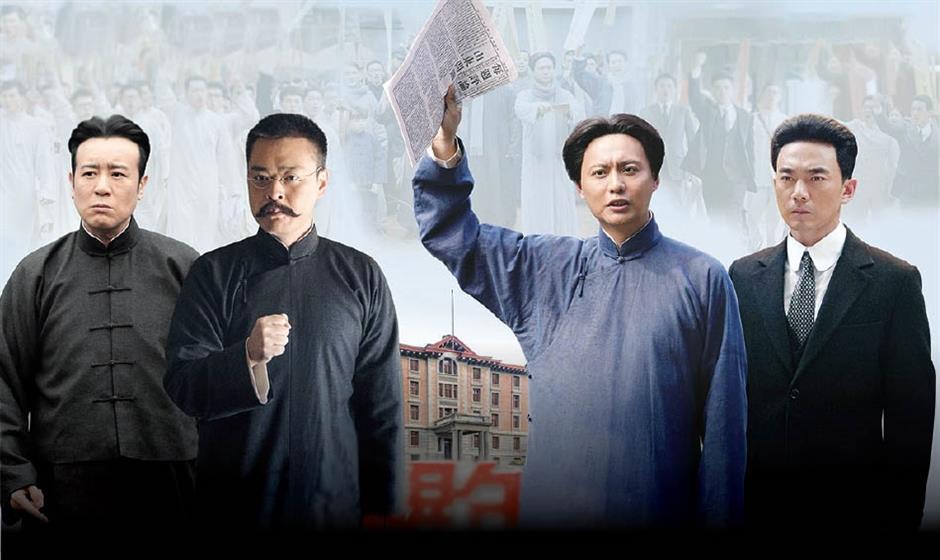 The TV drama series “The Age of Awakening” is a tribute to the Party’s centenary.

“What Chinese youth should swear most solemnly to the world is not the tireless argument that the old China will not perish, but the untiring efforts to foster the rebirth of a youthful new China.”

Li Dazhao (1889-1927) wrote these lines in 1916, at the age of 27, in an essay entitled “Youth.” Drawing on traditional Chinese and Western philosophies, Li’s outlook on the world appealed to a young generation anxious about the destiny of the country after the fall of the Qing Dynasty (1644-1911).

Despite the intervening century, Li’s words resonate with many of today’s younger generation after a recent 43-episode TV drama that catapulted him and other intellectuals of his time to public attention.

The series, entitled “Juexing Niandai,” or “The Age of Awakening,” is state broadcaster CCTV’s tribute to this year’s centenary of the Chinese Communist Party.

Instead of focusing on the usual chronology of people and events leading up to the Party’s founding in Shanghai in 1921, the drama tells the story from the standpoint of the fierce debates among intellectuals between 1915 and 1921.

The drama scored a 9.2 out of 10 on Chinese movie review site Douban.

The main characters in the show include both the Party’s major co-founders, Li and Chen Duxiu (1879-1942), and people who never joined the Party. To today’s younger generation, figures like Chen and Li are only vague references in textbooks.

“I wanted to write a TV drama that was comprehensive, objective, in-depth, and romantic, with vivid plots and a panoramic scene that reflects how the Party went from seed to birth,” said scriptwriter Long Pingping, who worked at the Party’s archives.

He added, “The drama was aimed at answering questions. Where did the Chinese Communist Party come from? Who were the principal people behind its founding? Why did we choose the road of Russia’s October Revolution? Why did we choose socialism? Did that choice turn out to be correct?” 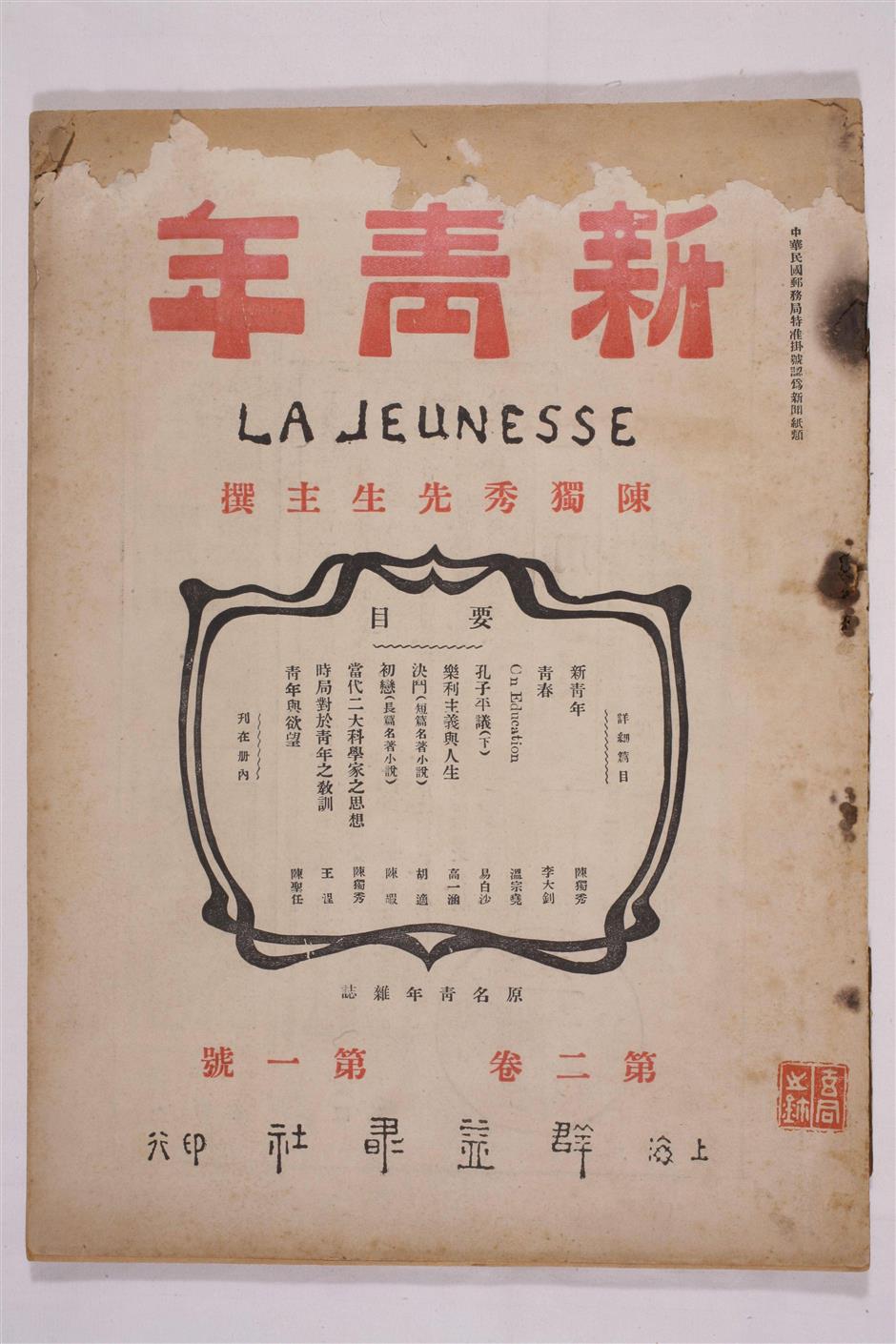 “La Jeunesse,” or “New Youth,” a journal launched by Chen Duxiu in September 1915 in Shanghai

Long said the answers to the questions are often diffuse. For example, Chen is a famous Party co-founder in textbooks, but his contributions have never received attention in movies or previous dramas. As a springboard, Long looked at “La Jeunesse,” or “New Youth,” a journal launched by Chen in September 1915 in Shanghai. It served as the major platform of the New Culture Movement that challenged traditional values. Some call it “China’s Enlightenment.”

“Some of the debates about the new versus the old are out of date now, so I decided to present a long scroll of clashes of different ideologies,” he said. “I didn’t label them ‘new’ or ‘old’ politically, but rather, I presented them as intellectual debates. They were all looking for solutions. There are no heroes or villains in the traditional sense.”

“Most young people today can’t imagine that the words they rote learned from political textbooks were once true-to-life testaments from young people of an earlier generation, who fought and sacrificed,” said a Weibo review among the most quoted.

“The best part is that the drama didn’t simply pit ‘new culture’ against ‘old culture,’ but showcased the different prescriptions of those intellectuals, including those who clung to the Qing Dynasty and those opposing it,” said a popular explanation on Zhihu, China’s version of Quora.

“China was desperately sick, and they were all looking at different remedies,” it said. “It showed the challenges confronting the generation that ‘woke up first.’”

The approaches were diverse. Some seem strange today, like maintaining a monarchy or completely abolishing the Chinese language in favor of Esperanto.

The intellectuals behind these concepts included one who had translated more than 180 Western novels without understanding a foreign word; one fluent in four languages and conversational in another six, who insisted on the superiority of Chinese culture; and one who wrote the first modern vernacular Chinese novel and went on to become the most important figure in modern Chinese literature.