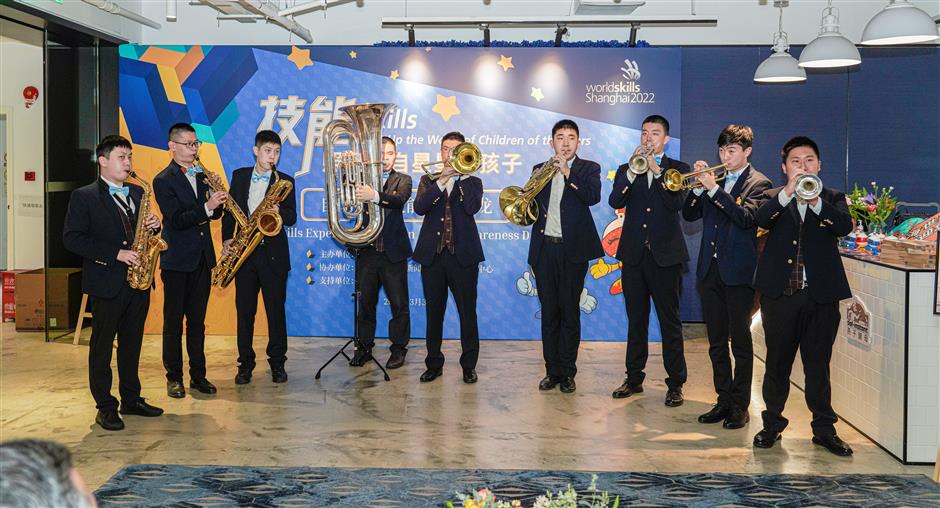 Autistic children perform at a training event before the World Autism Awareness Day.

Several autistic children received training for baking, coffee making and flower arranging at an activity organized by the WorldSkills Shanghai 2022 Executive Bureau ahead of the World Autism Awareness Day, which falls on April 2.

At the event themed “Skills Light Up the World of Children of the Stars,” Wang Li, the chief coach of the Chinese team who won a championship at the 2020 Bakery World Cup, gave a lesson about baking. Wang also served as judge of the bakery category at the first Chinese Vocational Skills Competition in Guangzhou last December.

At the skills experience event, the children kneaded dough and made bread and cookies, including cookies in the shape of the two mascots for the 46th WorldSkills Competition set to take place in Shanghai on October 12-17, 2022.

Wu Yu, a champion in the restaurant service category at the first Chinese Vocational Skills Competition who is training to represent China in the 46th WorldSkills Competition, gave a coffee-making lesson where the children made different shapes for latte including a heart.

Wu said he was surprised to see how quickly they caught on.

The children also used the training venue as a café and served parents, teachers, officials from the executive bureau and other staffers, taking orders and recommending bread and cookies they made.

“Would you like some coffee? Latte, Americano or cappuccino?” “Do you want some bread?” Seeing their proficient communication and service skills, people may not have believed that several years ago, many of them did not talk at all. 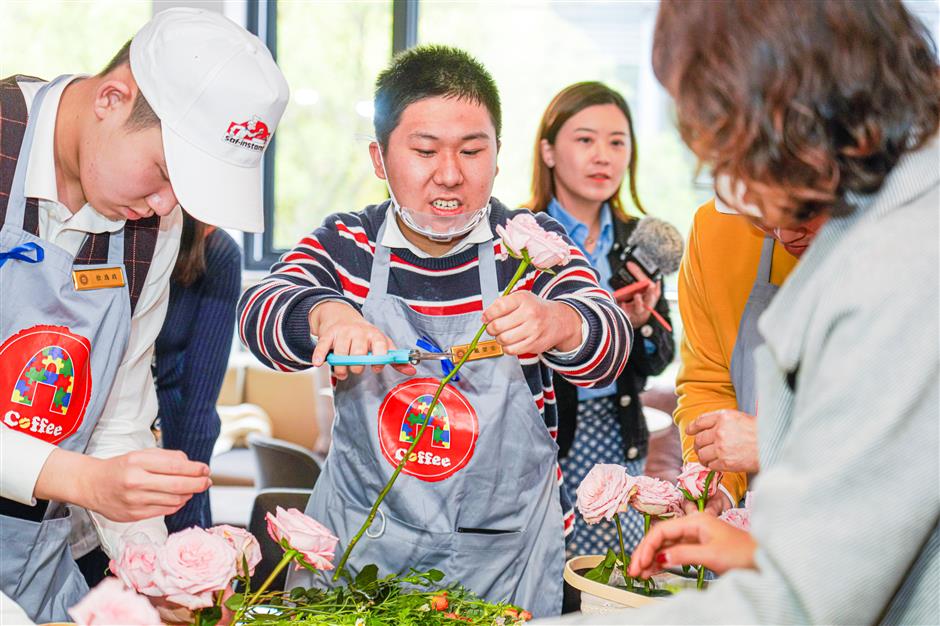 Children suffering from autism receive training for baking, coffee making and flower arranging at an event organized by the WorldSkills Shanghai 2022 Executive Bureau.

Zhai Xiaoyu, an expert in the floristry skill category at the 46th WorldSkills Competition, guided them through flower arranging, while the children staged musical and dance performances.

The performances were part of a music salon set up by charity advocate Cao Xiaoxia and her father, conductor Cao Peng, providing the children with a platform to gain confidence and express themselves through music. They were also trained in a project set up by Cao Xiaoxia that helps autistic teenagers adapt to society by becoming baristas in coffee shops.

About 13 years ago, when Cao read a news report about a therapy to treat autism through music, she was inspired to launch a project to help autistic children at her father’s music center — the Shanghai Caopeng Music Center — which spawned the Angel Music Salon where children are taught to play musical instruments, dance and perform. Seven of them have joined the City Young Symphony Orchestra and perform abroad frequently.

“We should not treat autistic children like fools just because they have shut their ears to the outside world,” she said. “We’ve used music to open their ears and are helping them learn skills so they can live independently.” 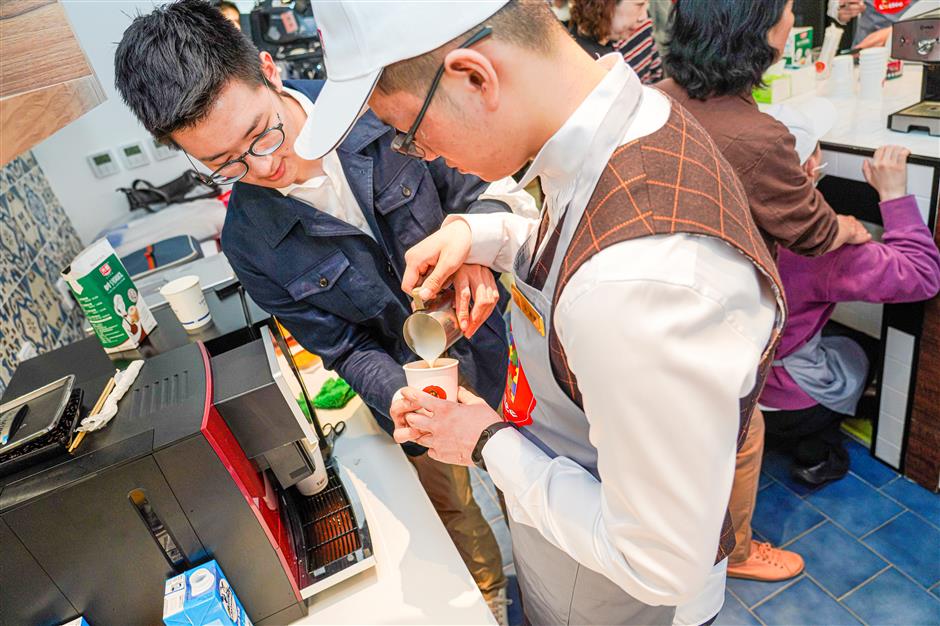 In 2016, she contacted a local vocational school to provide skills training for the children, including computer programming, etiquette and baking. Later, she received support from other organizations, including French yeast manufacturer Lesaffre.

Wang, a bakery coach for the company, taught autistic children for the first time in 2019.

“Frankly speaking, I wasn’t sure whether the lesson would go smoothly, but I decided to give it a try,” she said.

To her surprise, the children listened intently to her instructions for making bread and even gave feedback.

“At certain moments, I felt like they were normal people,” she said. “For children with more severe conditions, I had to be more patient, speak slowly and repeat my instructions.”

After several sessions, they could make simple bread independently.

“I can feel their happiness and sense of achievement from the smiles on their faces and reactions when giving bread and cookies they’ve baked to parents, teachers and peers,” Wang said. “It’s true they are different from other children, but the bread they made weighed exactly the same with the same requirements, which is difficult even for normal people.”

Wang said that she hopes more people will pay attention to autistic children, refrain from stereotyping them and realize they have potential and can prove their value by learning new skills.

“I think if we give them enough training, one day they will be able to make a living by themselves,” she said.

During the skills experience event, the WorldSkills Shanghai 2022 Executive Bureau invited the Shanghai Caopeng Music Center to be a promotional team for the 46th WorldSkills Competition. 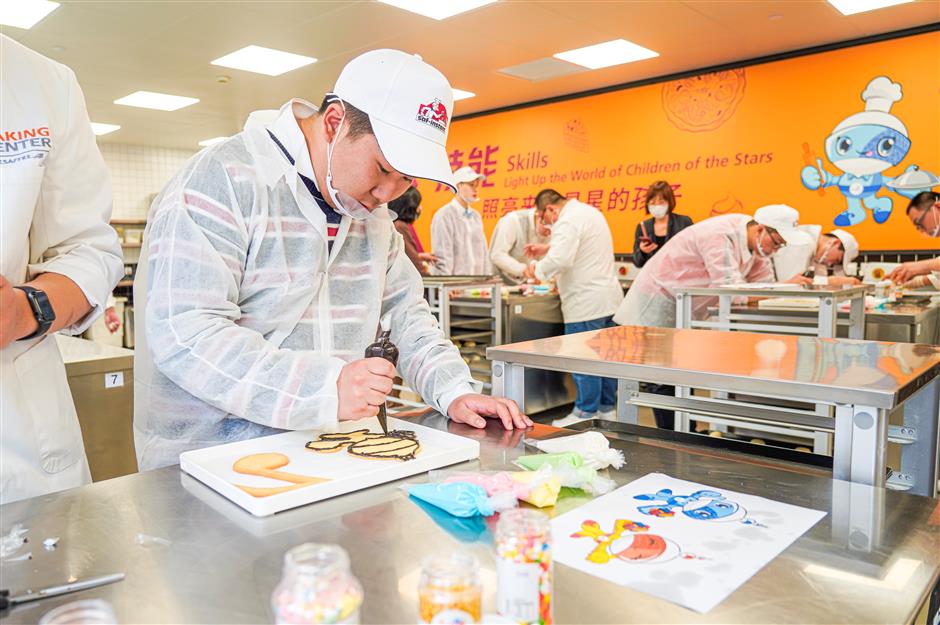 An official from the executive bureau said the center has been training autistic children in areas such as music, painting, coffee making and baking to help them adapt to society, and its efforts have proved that learning new skills can play an important role in developing independent living abilities and confidence while inspiring their potential.

He also said the bureau will carry forward the concept of “Master Skills, Change the World,” the mantra of the 46th WorldSkills Competition, to inspire career dreams for special groups and help them excel and make their dreams come true.

The Worldskills Competition will take place on the Chinese mainland for the first time at the National Exhibition and Convention Center in Shanghai. It will feature more than 1,400 participants from over 60 countries and regions competing in over 60 skills categories. The WorldSkills Conference will take place on October 13 and 14, 2022.

Preparations for the event are well underway, including a conversion of the century-old Yong’an Warehouse in Yangpu District into the WorldSkills Museum, which will tell the stories of how different skills have changed people’s lives and societies around the world as well as the efforts of the WorldSkills global community. 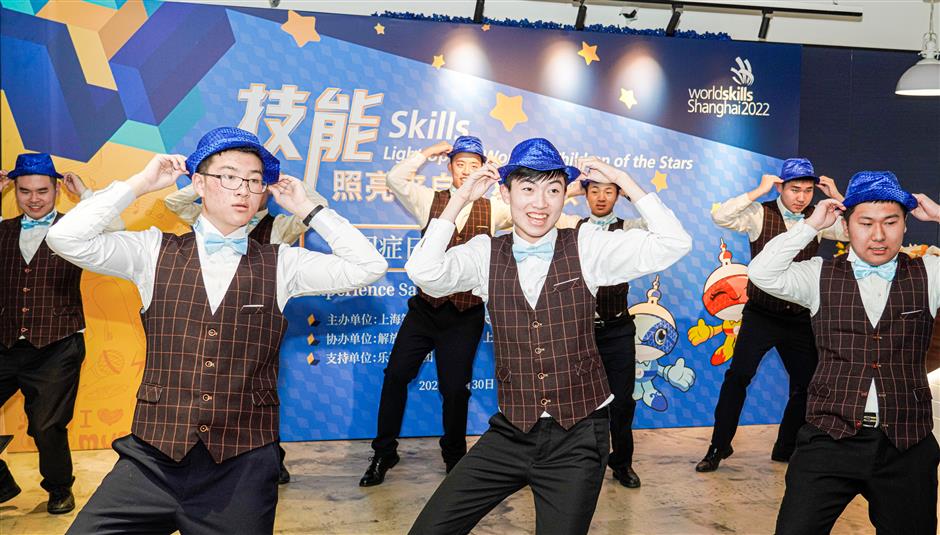