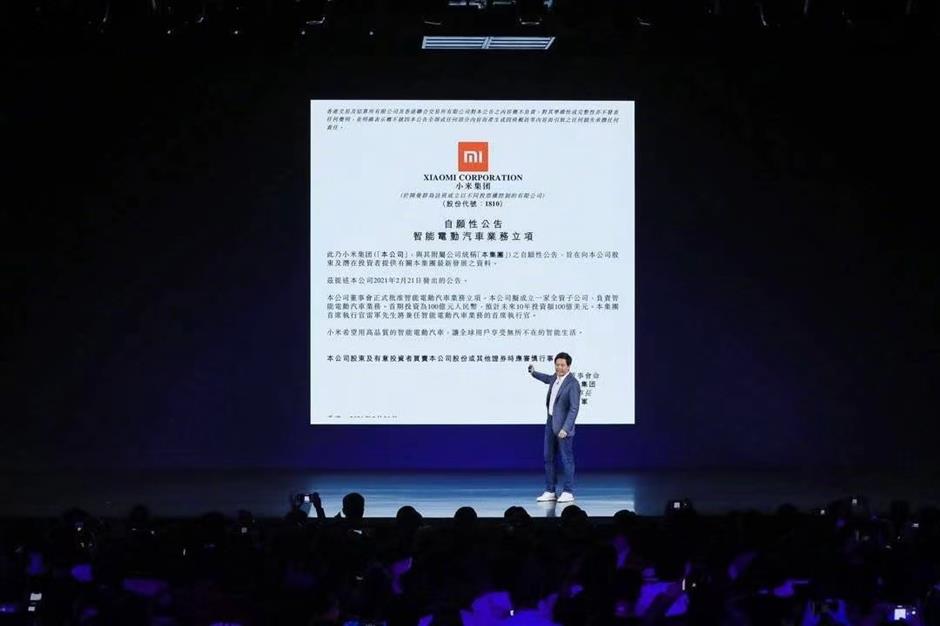 Xiaomi founder and CEO Lei Jun said the Beijing-based maker of smartphones and other consumer electronics is investing about US$10 billion over the next decade to join the somewhat crowded ranks of electric-car manufacturers.

Xiaomi, the Beijing-based maker of smartphones and other consumer electronics, is investing about US$10 billion over the next decade to join the somewhat crowded ranks of electric-car manufacturers.

Xiaomi will face fierce competition from the likes of US-based Tesla, Shanghai-based electric carmakers NIO and Xpeng, and multinational Chinese technology companies. Search-engine giant Baidu and Geely Automobile Holdings Ltd are said to be teaming up to build electric cars. Other smartphone companies, including Apple and Huawei, are reportedly taking a serious look at the electric-car market.

The bandwagon of players involved or thinking about becoming involved in the sector are encouraged by China’s determination to be a global leader in green vehicles and the development of “smart” automotive systems.

“The key to future vehicles,” said independent market analyst Zhang Xiaofeng, “will be intelligent software and systems, much like the brain of the human body. Internet and tech giants are increasingly involved in the industry. No one wants to be left behind in the race.”

The move is a bit of a gamble for Xiaomi. Company founder and Chief Executive Lei Jun said the decision to enter the electric-car market took only 75 days of research and discussion. He revealed that he ran the idea past friends in January, and some of them warned him it was too risky. Lei was undeterred. The market is too tempting.

China’s electric-car market is in full throttle, with a government target of non-polluting cars comprising 20 percent of all vehicle sales by 2025.

Last year, sales of green vehicles accounted for about 6.3 percent of China’s market. Sales rose almost 11 percent from 2019 to 1.8 million vehicles, aided by government support and rising consumer interest in eco-friendly transport. Sales of electric cars are reported to have been brisk in the first quarter of this year.

Electric-vehicle pioneers like Tesla and Chinese manufacturer BYD, which is backed by US billionaire Warren Buffett, have already established a firm foothold in the market. Foreign carmakers like Volkswagen, Ford, BMW, Hyundai and Toyota are accelerating the pace of their electric-vehicle development.

Xiaomi competitors will also include companies that design and make software and connectivity systems used in “intelligent” vehicles. 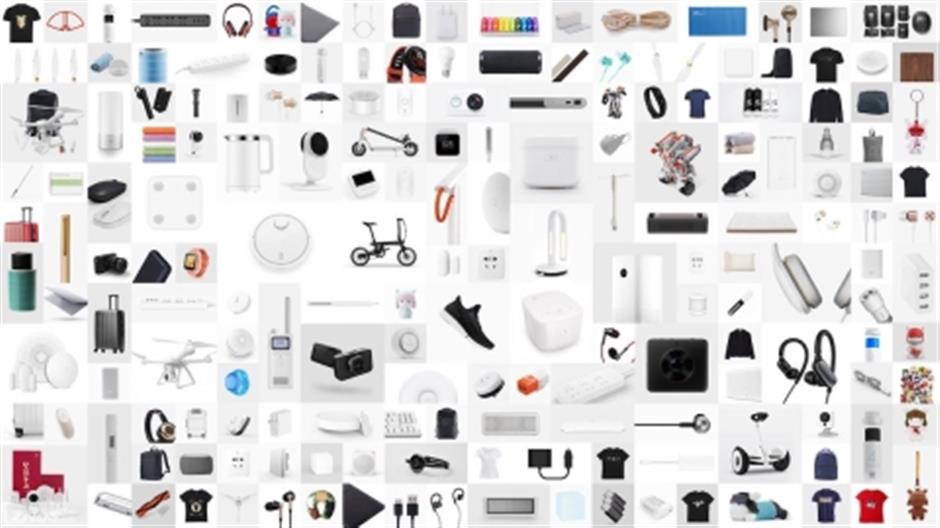 Xiaomi was founded in 2010. The business started with mobile phones costing 1,999 yuan (US$305) and aimed at the penny-pinching end of the market. That success enabled the company to expand into new realms, including home appliances and smart hardware connected by the Internet of Things.

Xiaomi was founded in 2010. The business started with mobile phones costing 1,999 yuan (US$305) and aimed at the penny-pinching end of the market. Sold only online, the phones were an instant hit and led Xiaomi to become the third-largest seller of smartphones in the world.

That success enabled the company to expand into new realms, including home appliances and smart hardware connected by the Internet of Things. More recently, the company reportedly has entered a partnership with China phone maker Oppo to make their own in-house chips for fifth-generation smartphones.

Lei said the new stand-alone Xiaomi division dedicated to electric vehicles will be his final major entrepreneurial project. He also noted that Xiaomi has cash reserves of 108 billion yuan to cushion the new venture.

Unlike the cheaper mobile phones that first catapulted the company to success, the first Xiaomi electric cars won’t be budget vehicles, thanks to a poll Lei conducted on the social media platform Weibo. More than 10,000 netizens responded when asked about their model preferences and price ranges for a Xiaomi’s electric vehicle.

The current electric-car market in China ranges from top-of-the line Teslas that sell for about 370,000 yuan down to budget vehicles like the 28,800-yuan Wuling Hongguang Mini EV, produced by Shanghai-based SAIC Motor.

Two-thirds of Weibo poll participants said they wanted a car that cost at least 100,000 yuan. Only 8 percent of respondents said they could afford a vehicle beyond 300,000 yuan.

Current state subsidies on purchases of electric vehicles are available only on passenger cars priced at 300,000 yuan or less.

During a video session on the Douyin livestreaming platform, Lei revealed, “The first car will definitely not be a sports car or a motorhome. It will be either a sedan or an SUV.”

That decision was line with results of the online poll. Around 45 percent of participants voted for Xiaomi to produce a sedan; 40 percent chose an SUV.

In 2015 and 2016, Lei personally invested in two Chinese electric-vehicle startups: NIO and Xpeng, which have become two main industry players in China.

Details of whether Xiaomi will produce its own cars from scratch or will contract to use some already-established technologies have not been made public. Nor is it clear whether the company will build a new manufacturing facility for production of the cars or seek an existing factory line.

In his live-streamed comments, Lei did say the vehicles would incorporate the company’s core smart technologies, including in-car air purifiers.

Industry insiders see challenges ahead. Starting such a big venture in a new sector requires a large and long investment cycle.

Lei pointed out that he started his smartphone business from scratch, building it into a global company with years of hard work. He said he will build Xiaomi’s electric vehicle business with the same dedication and determination.

“I am willing to put all my personal reputation on the line and fight for the future of our smart electric vehicle,” he said.