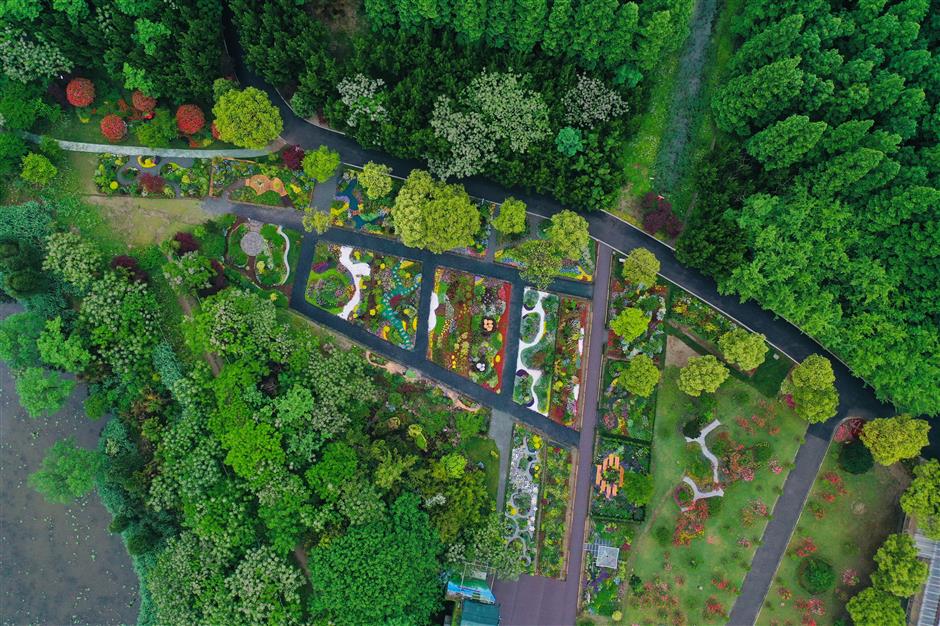 The 10th China Flower Expo consists of “one center, one axis, six pavilions and six gardens” to show the pattern of “blooming flowers in prosperous times and glorifying China.”

Master photographer Wang Hua has been capturing the evolution of the 10th China Flower Expo since the day construction began.

From sunrise and sunset, he has collected many thousands of images.

The photographer, or rather visual artist, has been working with the expo since September 2019. The 44-year-old Chongming native is official photographer for the national event which occurs once every four years.

From the first day, he has taken his camera and operated a drone to record the growth of the park day by day.

From a paddy field beside the sea to a brand new modern park, from cement columns embedded in mud to six stadiums, and then the precious flowers and plants “settling in” one after another. “Since my first aerial photograph here, I have collected nearly five terabytes of image data,” Wang said.

“As part of the flower expo construction, I am very honored to participate in this great project. I hope to let more people know about the magnificence of this flower island on the sea through my lens.

There are many highlights in the flower expo park, among them a 100-meter wisteria corridor, cherry blossom forest and chrysanthemum, orchid and lotus gardens.

At the beginning of construction, facing a large area of land being developed, Wang had no idea where the future highlights would be.

He has been staying in the park at least 12 hours almost every day, clarifying the distribution of the venues, finding the right angle and observing the changes of light and shadow.

As time went on, the outline of the flower expo park became clearer, resembling the shape of a beautiful peony. The Century Pavilion is like a butterfly spreading its wings. Fuxing Hall, Baihua Hall and Huaqi Hall are gradually taking shape.

Wang works with two SLR cameras on his shoulder, a telephoto lens and a wide-angle lens, and five batteries in his pocket. He wears a cap, white T-shirt, beach pants and sports shoes as he takes his pictures.

“Just take what you need to use and go to the front without any burden,” he said. “It’s comfortable to wear things like that, and when you take a picture you can stretch out and feel more.

“The pictures that can make you calm down and remember after viewing are good works,” he said.

In order to photograph the “Dream Garden” core area at 5am and seize fleeting opportunities for aerial photography, Wang has spent many nights in the flower expo park over the past two years.

“On several occasions, I drove to the park the night before aerial photography, parked my car in the right place and slept in it for the night,” Wang said.

It’s not only sunny days that make good pictures, Wang also likes to shoot some scenes in bad weather.

Several days ago, there was heavy rain in Chongming, along with thunder and lightning. Wang, who was in the park, used up one battery trying to capture a satisfactory picture of a lightning flash breaking through the sky above the Century Pavilion.

Many members of the Chongming Photographers Association have been at the flower expo park to shoot images. Wang said his teachers Cui Yijun and Jin He and other colleagues were often there to capture the scenery.

Wang said he felt proud and lucky to be able to make some little contribution to his hometown through his career. “I hope to use my best photography to contribute to the construction of my hometown and the promotion of the flower expo,” he said. 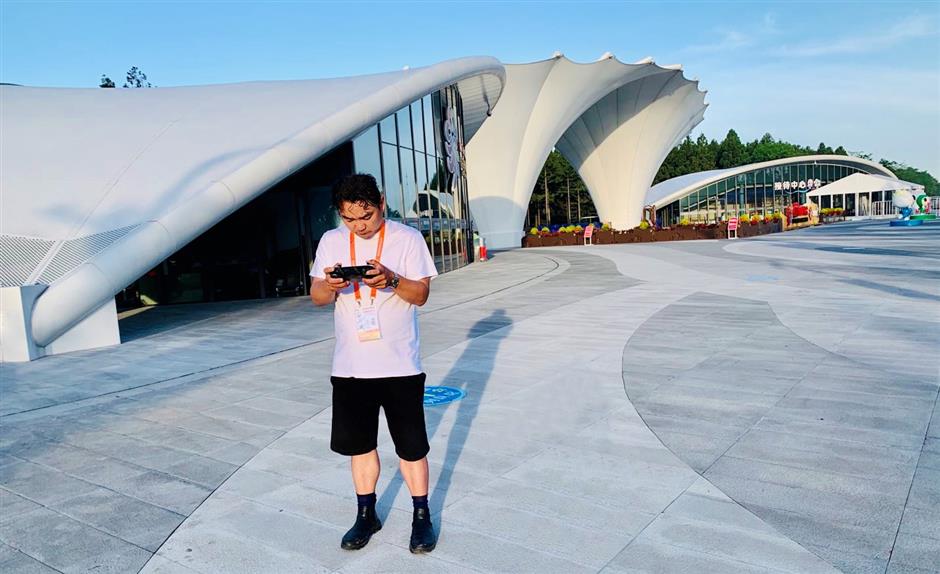 The 10th China Flower Expo will be unveiled on Friday morning. Held on the island for the first time, the event consists of “one center, one axis, six pavilions and six gardens” to show the pattern of “blooming flowers in prosperous times and glorifying China.”

“One center” is the core area of a “Dream Garden,” with peony as the composition element. Through flower beds, a flower path, flower stream and flower valley, a beautiful landscape of “peony blooming, welcome the flourishing age” is created, according to organizers. 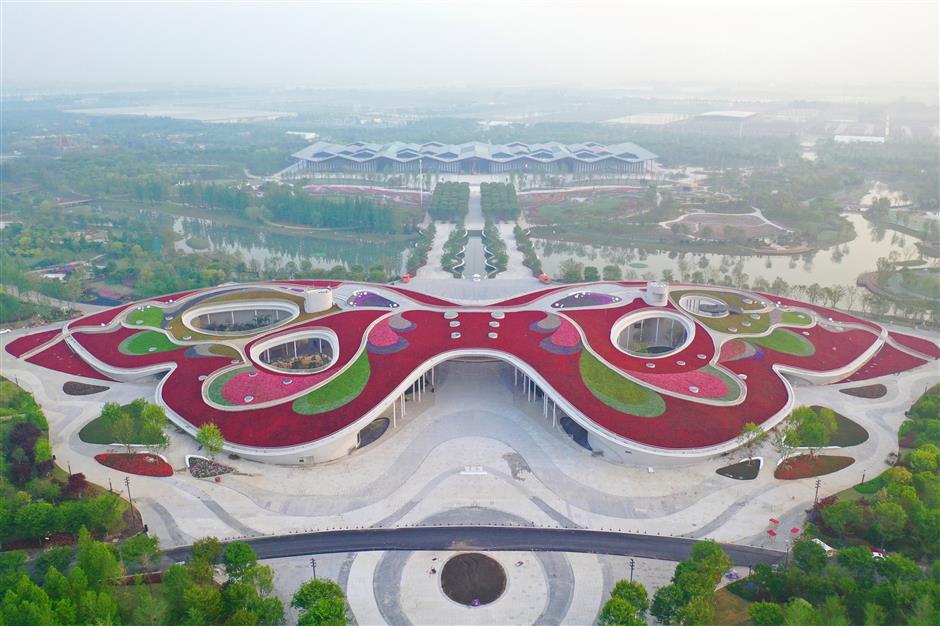 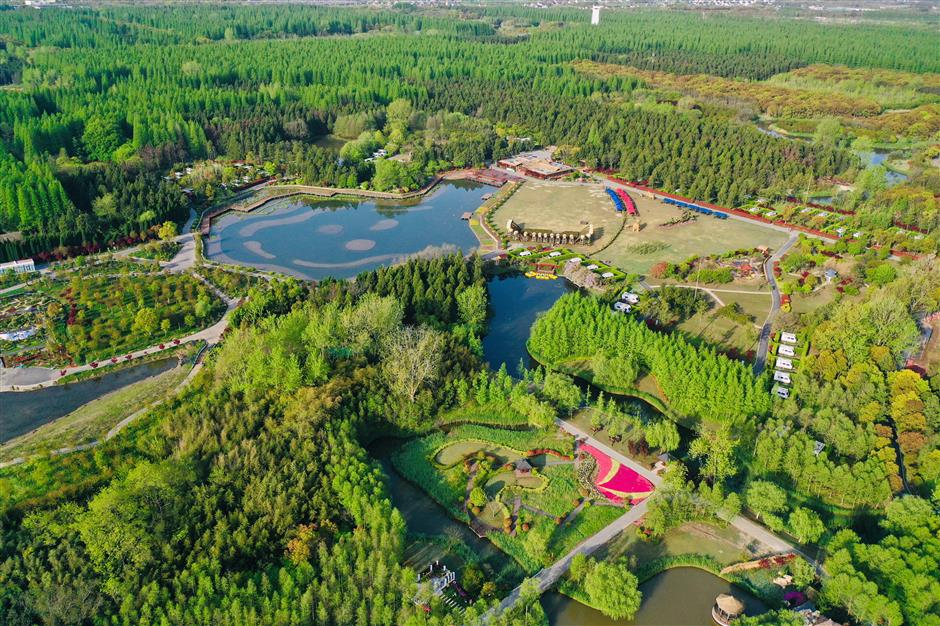 An outdoor exhibition area will have around 200 gardens on display. The east part houses gardens from China’s provinces, Shenzhen, Hong Kong, Macau and Taiwan.

The west part features the gardens of subsidiaries of the China Flower Association, sister cities around the world, international designers, Chinese and foreign flower enterprises, and those showcasing new species and vegetables. 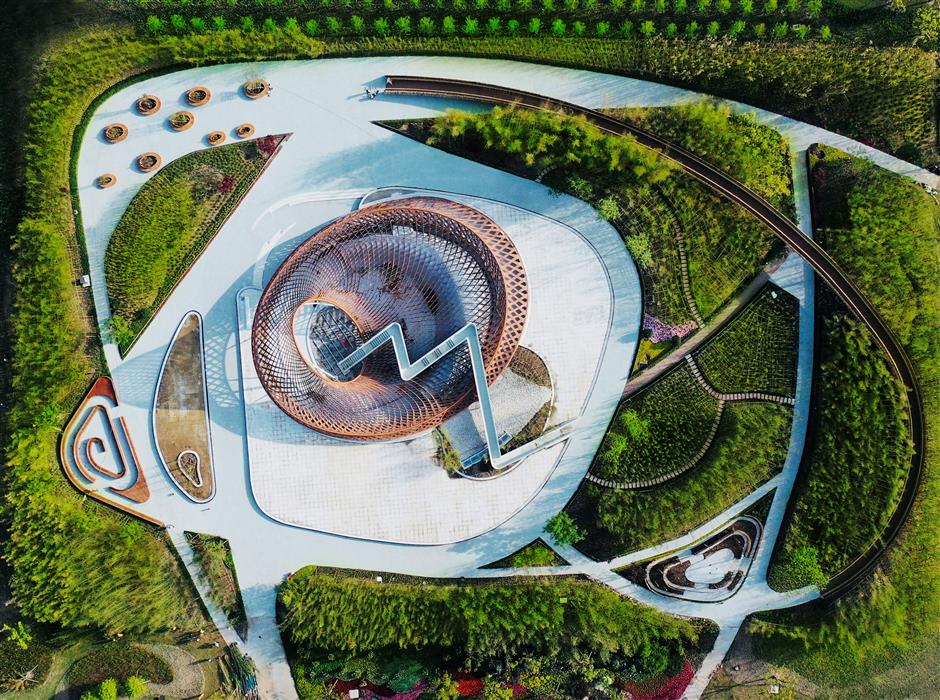 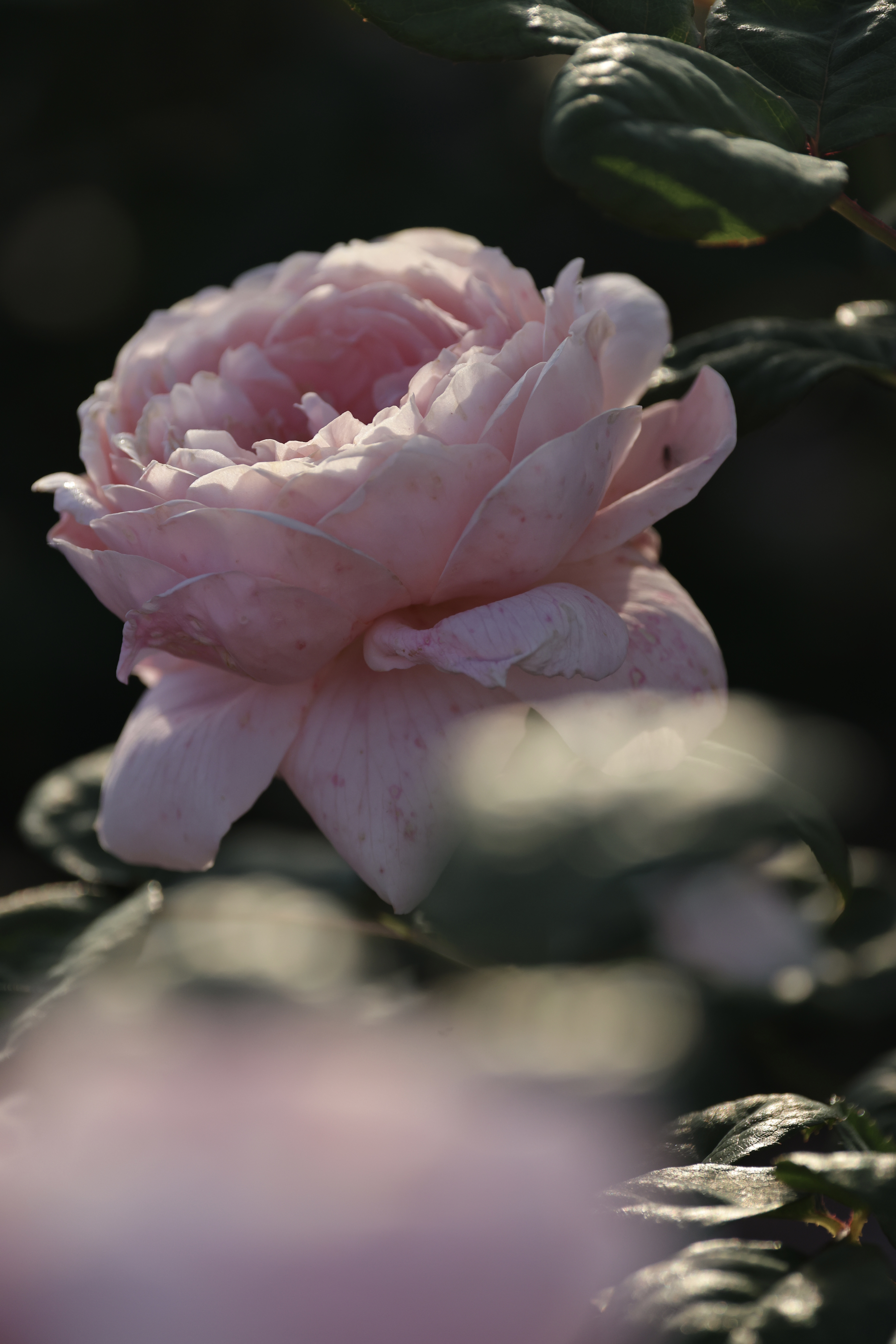