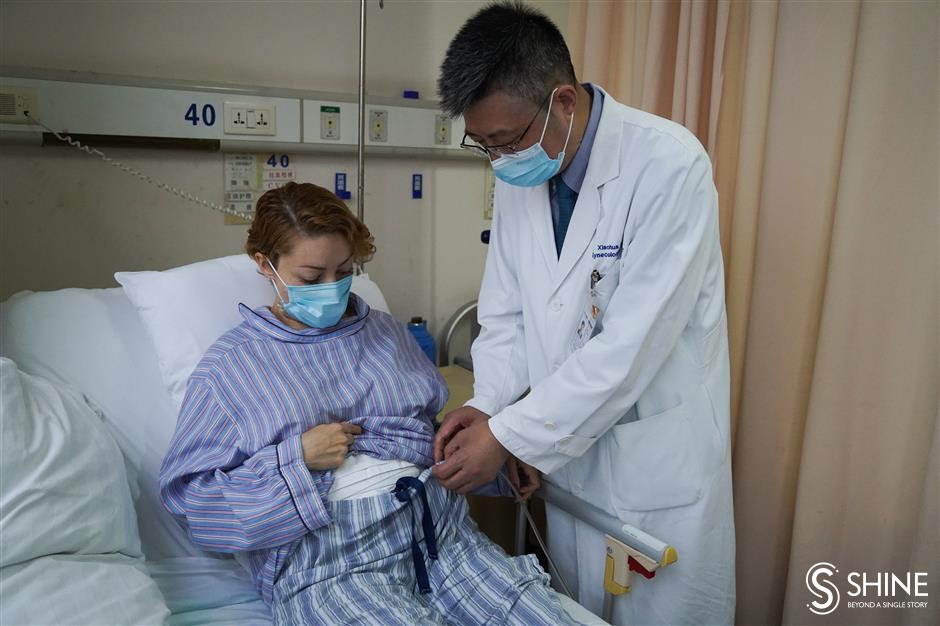 A 33-year-old woman from the Republic of Colombia who underwent surgery for cervical cancer showed great appreciation to doctors at Shanghai Cancer Center.

"I am so grateful to all the Chinese doctors and nurses who saved my life and gave me a chance to be a mother one day," said the patient identified as Monica.

The cancer was found during a health check in Dalian, Liaoning Province, about a month ago. 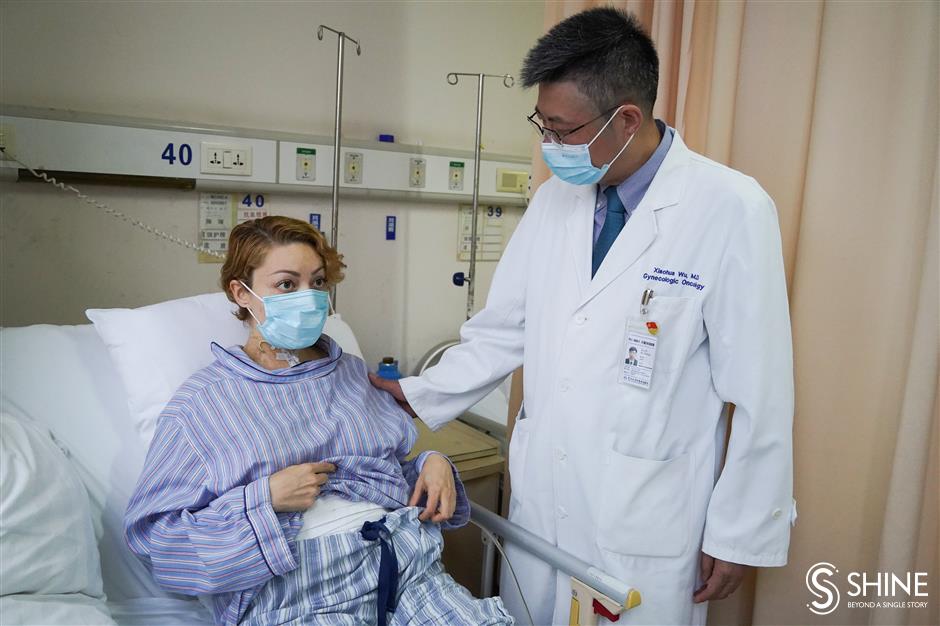 "The awareness for regular checks is still low in China," Wu said. "Only 30 percent of women in urban areas and 20 percent women in rural areas have regular screenings.

"In the past, cervical cancer was usually found in women in their 50s and 60s, but there's an increasing number of women between the ages of 25 and 45 afflicted with the disease, which is caused by repeated high-risk HPV infection," he added. "It's related to early sexual experience and having more than one sex partner. Many young and middle-aged women want to remain fertile, in addition to having their disease treated."

The surgery, which is called abdominal radical trachelectomy, or ART, was first performed by Dr Wu's team in China in 2004. He is also the first doctor in the world to expand eligible patients from the traditional concept of cancer smaller than 2 centimeters to 2-4 centimeters, which gives more young and middle-aged women the chance to have children.

"Monica's cancer was 3 centimeters. Under traditional standards, she wouldn't have undergone surgery. However, she is eligible for ART under our standard. So many patients who want to retain their fertility are referred to our hospital," Wu said.

So far, Wu's team has performed ART on 452 women. About 10 percent of them have achieved the dream of becoming mothers. 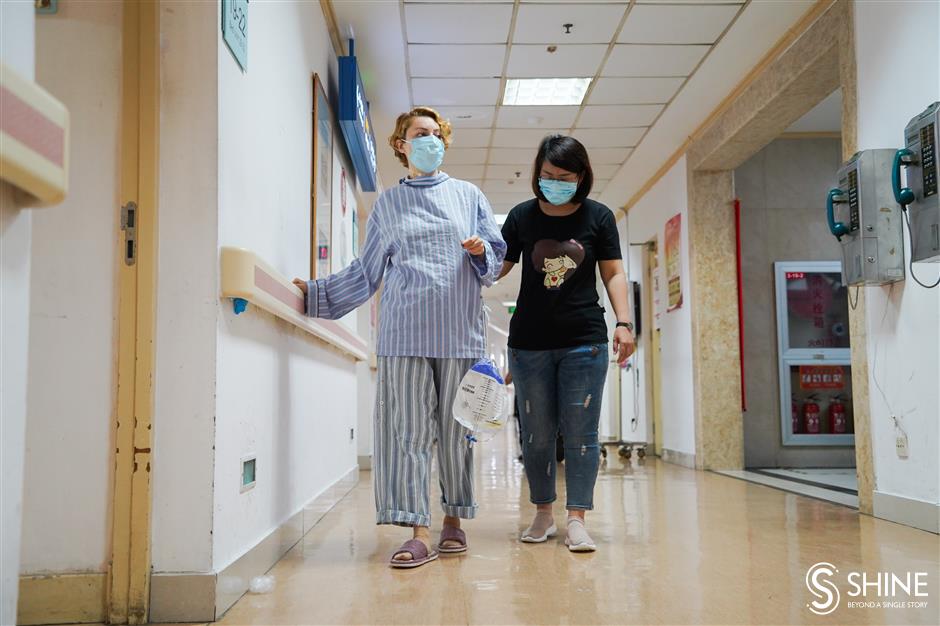 Monica (left) walks with a friend after surgery at the Shanghai Cancer Center. 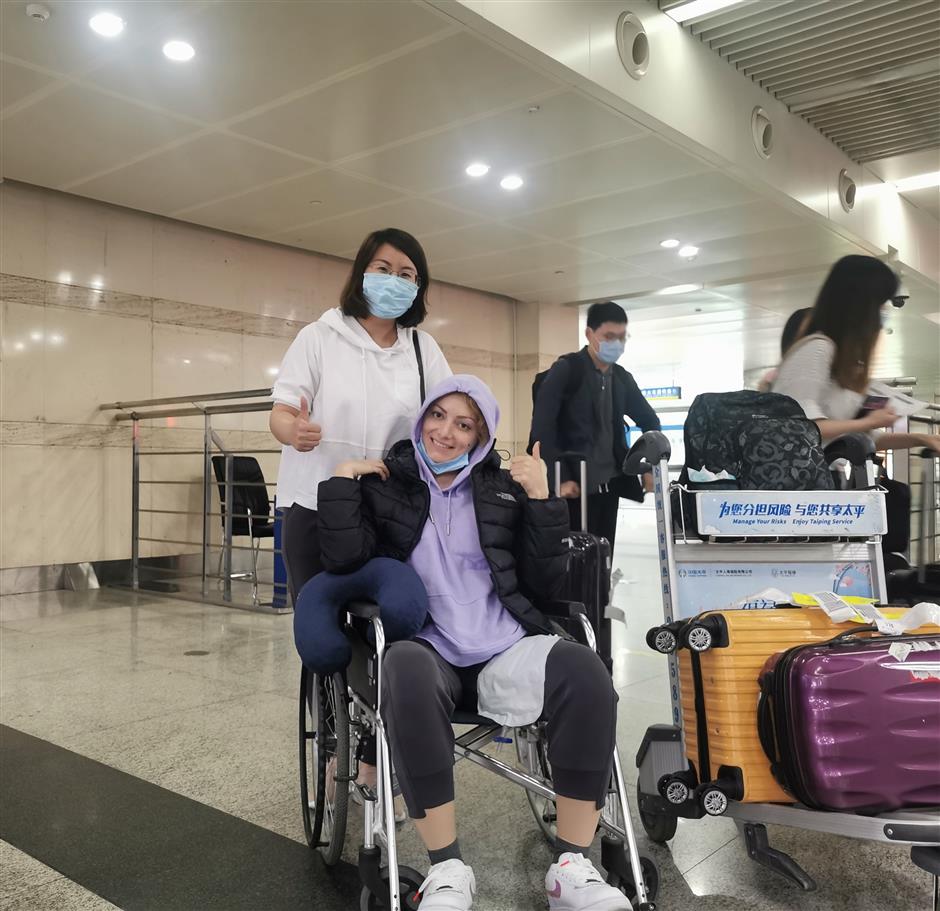 Monica is all smiles as she waits to return to Dalian.