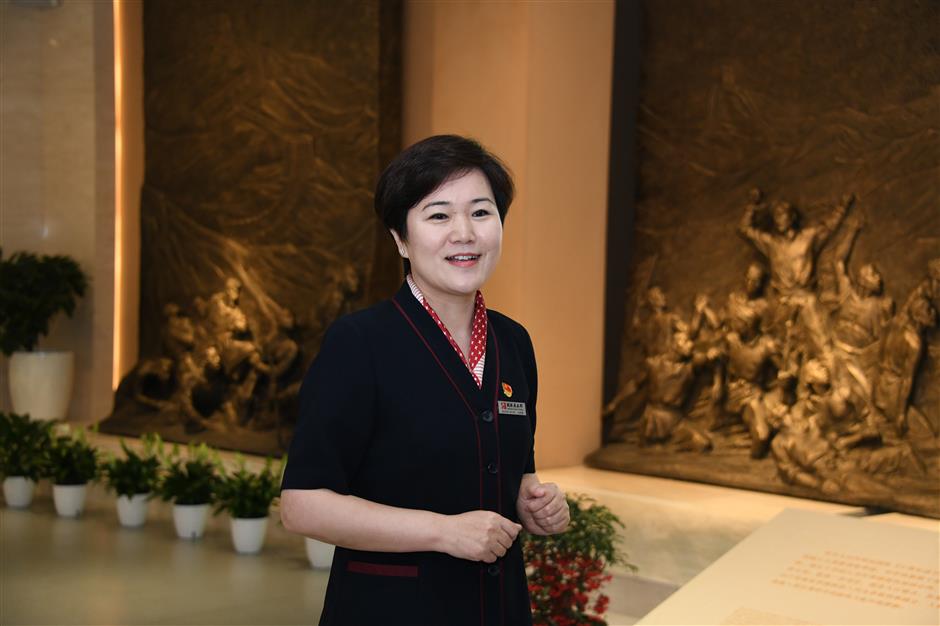 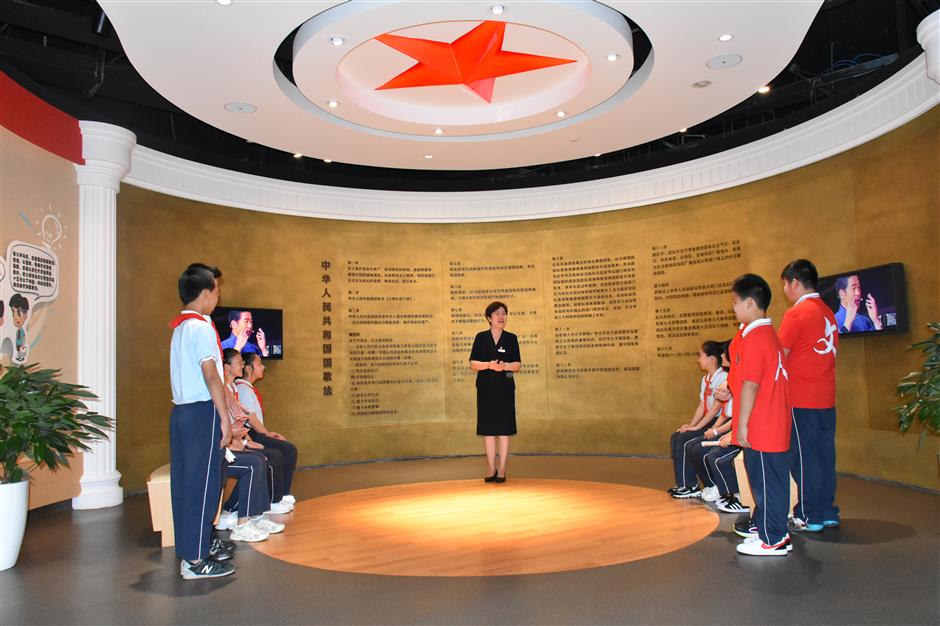 Yang Chunxia, director of the National Anthem Gallery, has played multiple roles in the development of revolutionary culture. A veteran in the industry, Yang started her career at the Memorial of the War to Resist US Aggression and Aid Korea in Dandong, Liaoning Province, in 1994 after graduating from the department of history at Liaoning University with a degree in museology.

The museum opened on July 27, 1993 to commemorate the 40th anniversary of the signing of the Armistice Agreement in Panmunjom (the Korean War ceasefire agreement).

A straight-A student during her academic years, Yang's first job was museum docent. Since then, she has made an oath in her heart: "I am a narrator of history, and I want to tell the story of the Party well."

It took her a week to memorize the 30,000-word explanation of the items displayed in the museum. She was always seen in the exhibition area of 20,000 square meters, climbing 350 steps every day throughout her entire pregnancy.

Faced with more than 2,600 historical items, she knew she must keep learning, because only in this way could she tell the stories behind the events.

Yang joined the Communist Party of China in 1996. From then on, she set up her own original aspiration and mission as a Party member: "I will tell the story of the Party, and I will follow the spirit of the Party."

In 1999, she was honored an "excellent commentator on patriotism in Liaoning" by the publicity department of the Communist Party of China Liaoning Committee and Liaoning provincial department of culture.

Born in a military family, Yang was brought from her hometown in central China's Henan Province to Dandong when she was a baby. A military wife, she moved from the border city Dandong to Shanghai in 2003 and continued her career in the birthplace of the Communist Party of China.

Her job with the National Anthem Gallery commenced in 2009. In 2014, Yang was appointed gallery director. She is determined to lead the team to carefully plan the permanent exhibition "National Anthem Sung From Here" and promote the exhibition "We Unite as One."

She initiated national programs such as "Bring National Anthem Story into the Classroom" to tell the Party story and promote patriotism among people.

As the leader of the National Anthem Gallery, one of the most popular cultural landmarks in Yangpu as well as whole Shanghai, Yang took root in the front line and won the respect of the people for her professionalism and perseverance.

In 2019, when the gallery was renovated, she led the team to work day and night. After six months, the gallery reopened on the eve of the National Day. 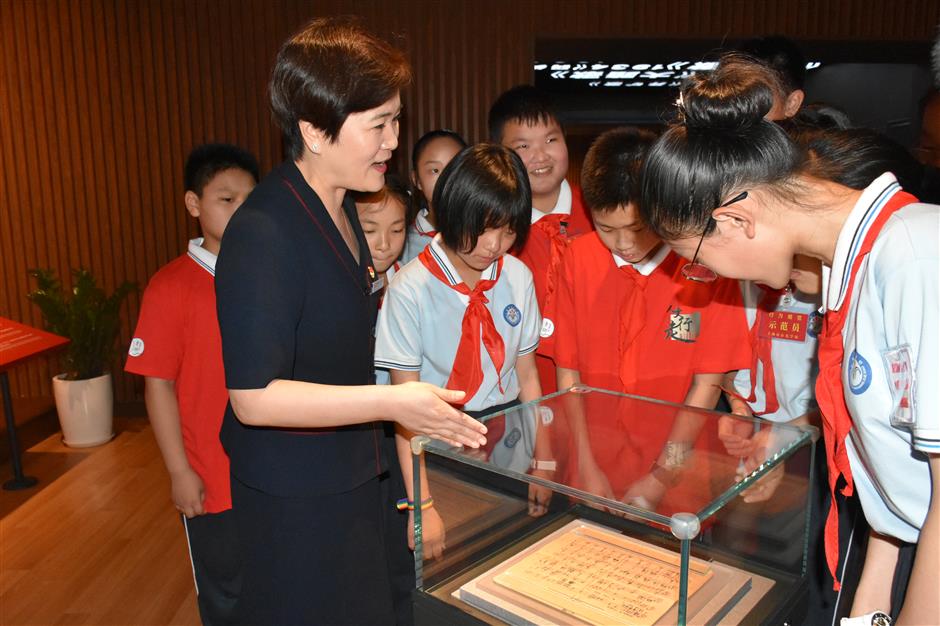 Yang Chunxia introduces to students a script in the National Anthem Gallery. 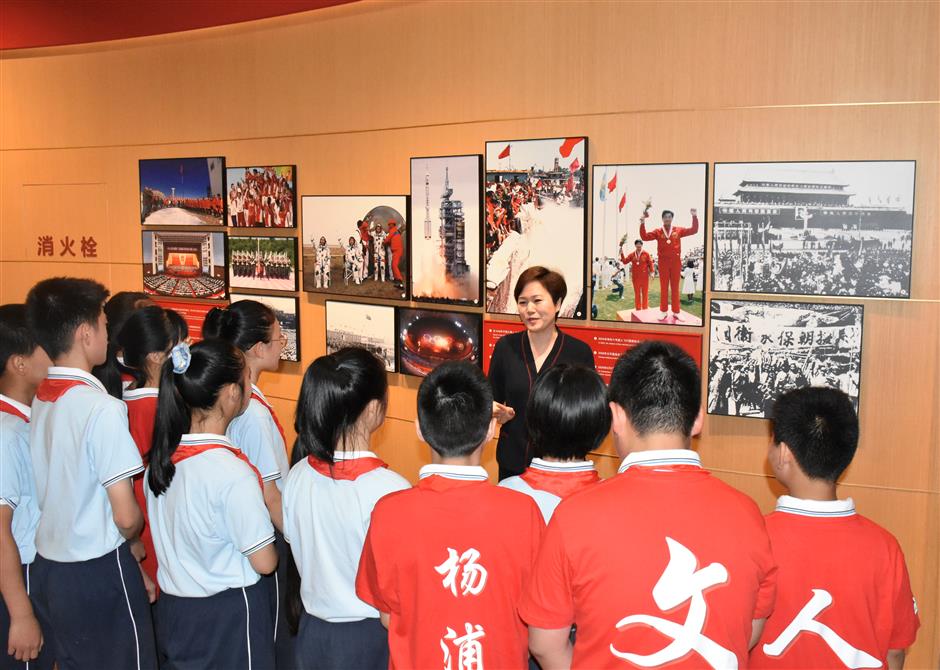 Yang Chunxia introduces great moments since the founding of the People's Republic of China.

Since its reopening, the National Anthem Gallery has become one of the revolutionary culture venues with the largest number of visitors in Shanghai.

Last year, it ranked in the top 10 in visitor volume among all the museums in Shanghai, and is listed as an education base by more than 60 Party organizations, schools, enterprises and institutions.

Yang led the team to complete many important reception tasks. Her audiences include state leaders and top city officials. The museum has served 167,000 visitors in three months since it reopened. 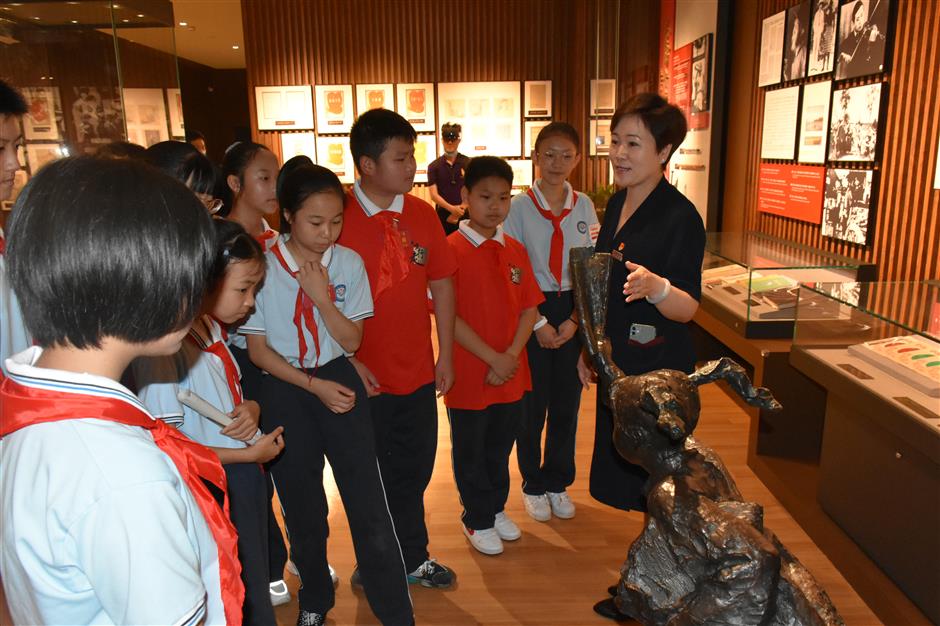 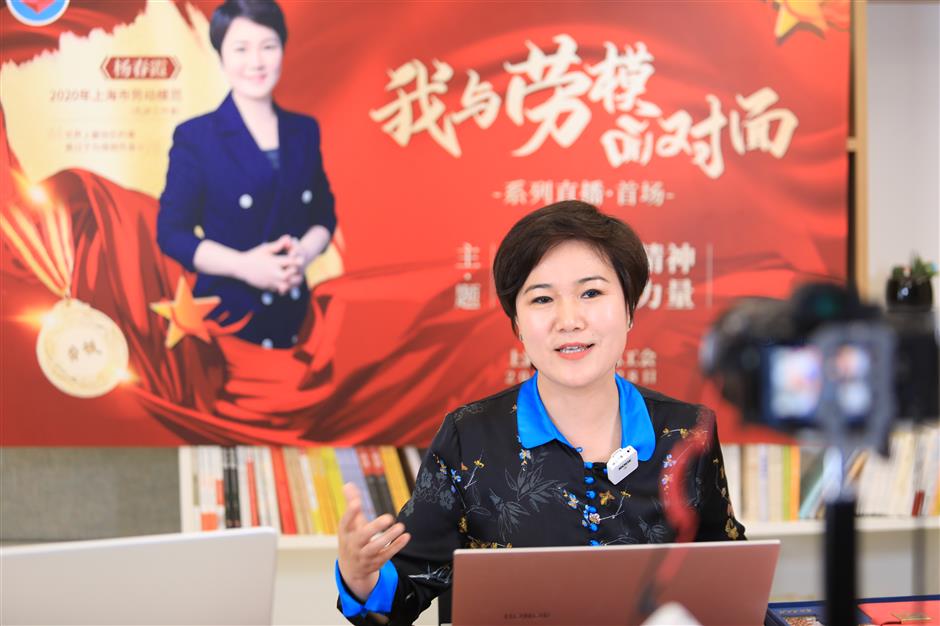 Education plays a key role in Yang's mission, and she created a new form of spreading revolutionary spirit by launching an O2O platform and through an online class, museum, livestreaming, immersive visit and a digital map of revolutionary heritage sites.

The gallery has been included in the 111 patriotism education demonstration bases throughout the country.

In addition to carrying forward revolutionary culture, Yang is also the "guardian" of Yangpu cultural heritage.

Because of her professional advice and insistence, an old house on Jiangpu Road was preserved as a historical site and spared from demolition in the construction of Metro Line 18 and a tunnel across Huangpu River. 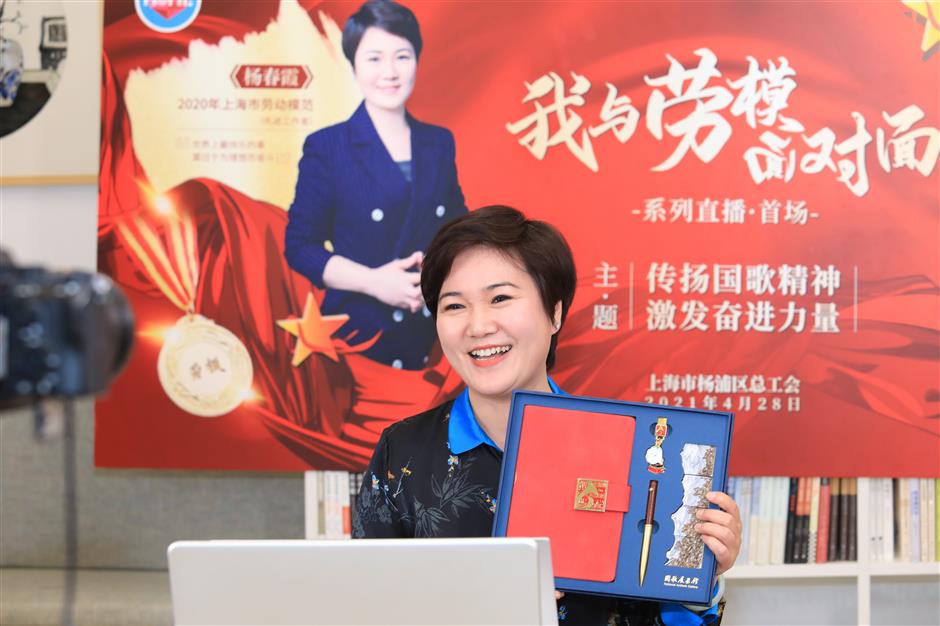 Yang Chunxia introduces a souvenir from the National Anthem Gallery during a livestream show. 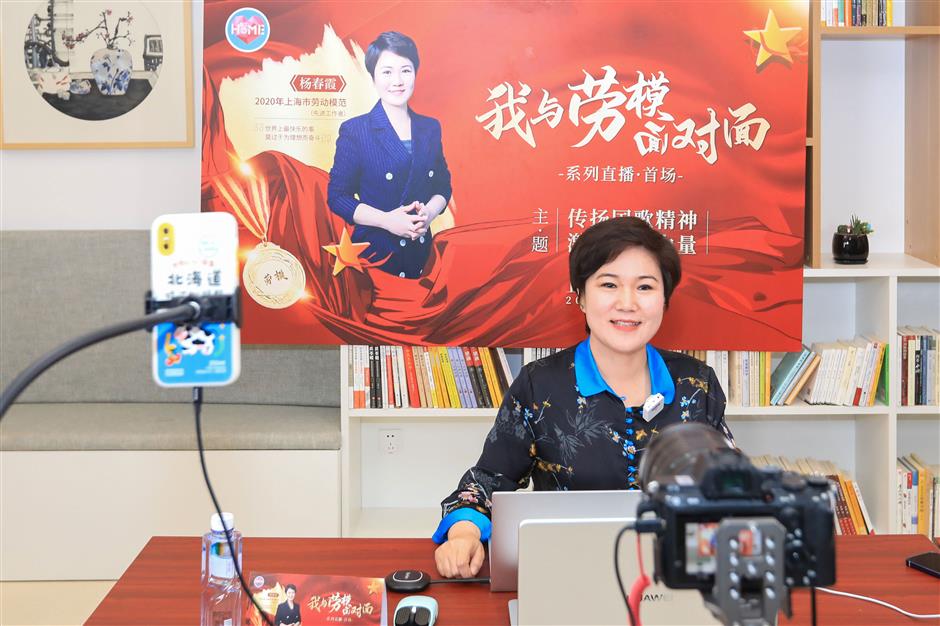 Yang Chunxia in a livestream show