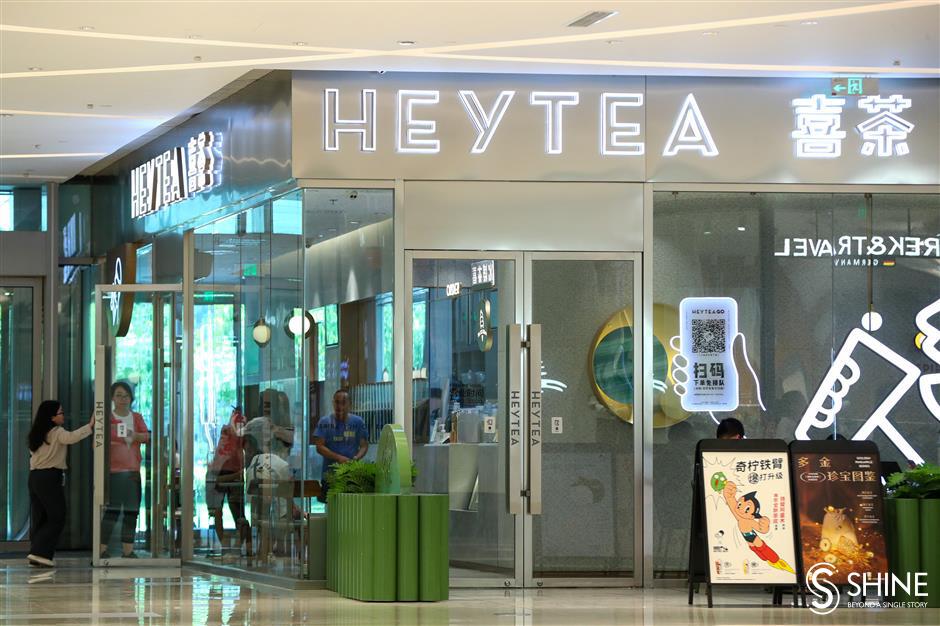 A HeyTea store is seen in Shanghai. The Shenzhen-based tea beverage chain, founded in 2012, is known for innovation in blending tea with fruit and other ingredients.

Tea drinking is a national cultural heritage in China, but that doesn't mean it sticks to its traditional roots.

On the contrary, blending premium tea with fruit and other ingredients has become big business.

"It tastes like a traditional herbal drink at first, but then has an agreeable sugary taste after a few sips," Jiang said. "I might try another new drink from HeyTea in the future. It's a change from traditional fruit teas made from grapes, strawberries and oranges."

Wampi are grown in Guangdong Province and the Guangxi Zhuang Autonomous Region, and the fruit has shot to nationwide fame since late June as HeyTea and other teashops explore new flavors based on lesser-known fruits.

The number of search queries for wampi on China's largest search engine Baidu soared 12-fold in the past 30 days.

HeyTea has also been marketing three sweet-and-sour tea drinks based on Indian gooseberry since May. It sources the fruit from Guangxi and Yunnan Province. 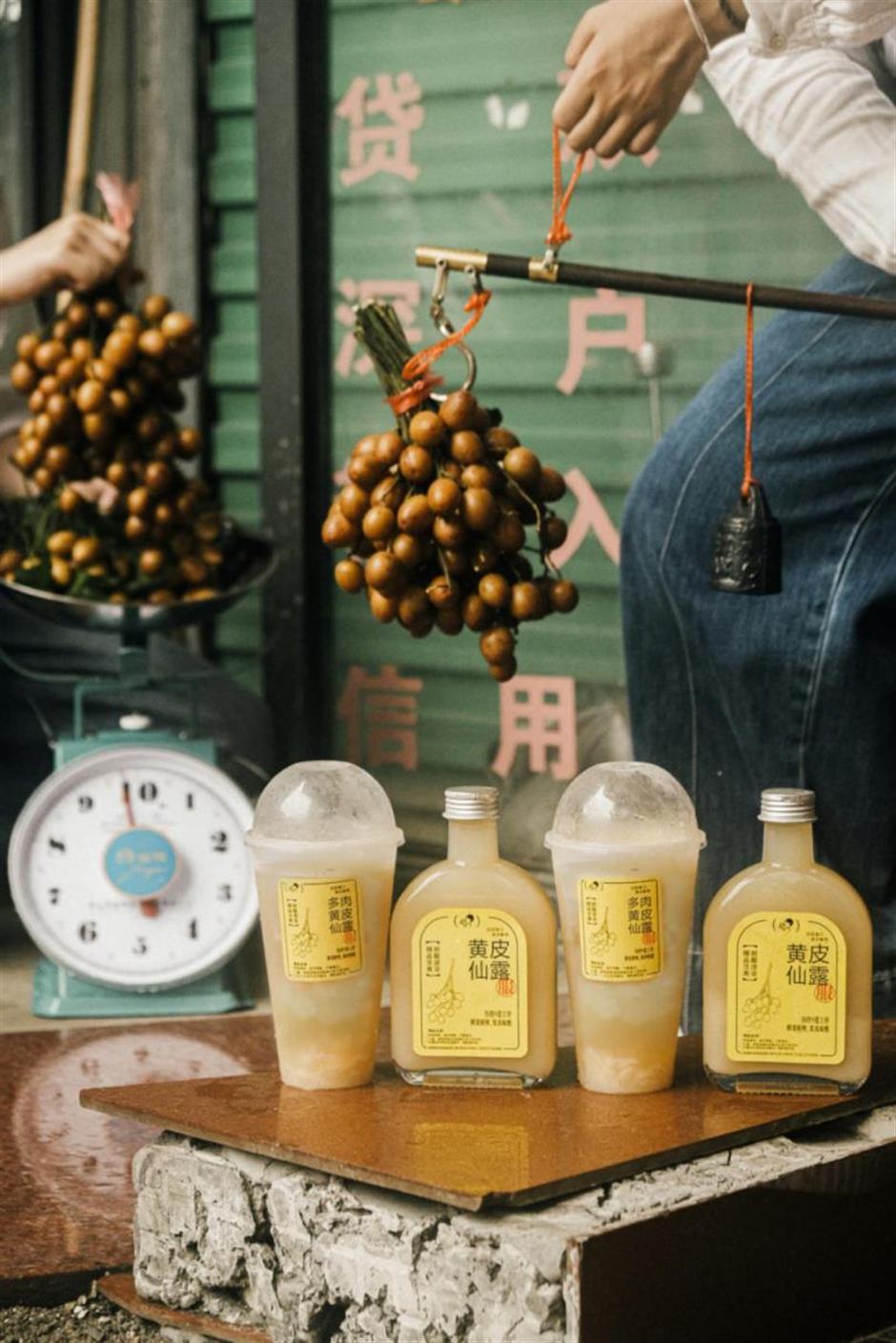 Grape-size wampi has shot to nationwide fame since late June as HeyTea and other teahouses explore new flavors based on lesser-known fruits.

HeyTea is a Shenzhen-based tea drink chain founded in 2012 on the idea of mixing salt cheese with tea. Its subsequent success is largely based on its photogenic packaging, expansion into fruit tea drinks and online cachet with millennials.

The chain store operator said its 40 million-plus registered members and over 800 outlets nationwide keep the business plugged into the latest taste trends. It spent over half a year to aggregate suitable Indian gooseberry sources and a recipe to balance sweet and sour tastes.

At least a dozen tea drink vendors are turning to lesser-known regional fruits to make seasonal drinks, filling a demand from consumers no longer satisfied with traditional fruit flavors.

Heated competition is pushing vendors to speed up the search for new flavors and adopt new gimmicks to woo consumers away from habitual caffeine fixes in a city saturated with coffee shops.

They are after consumers like Valen Cao, an accountant who works in downtown Shanghai's Xujiahui. She said she usually grabs a coffee on her way to work every morning, costing about 19 yuan (US$2.9).

"I buy fruit-based fresh tea about once or twice a month when I eat out with friends over the weekend," she said. "But I still prefer coffee as my daily beverage, and there're so many boutique coffees to choose from."

Shanghai already has more coffee houses than any other city in the world, but that hasn't stopped the expansion of tea-drink business. 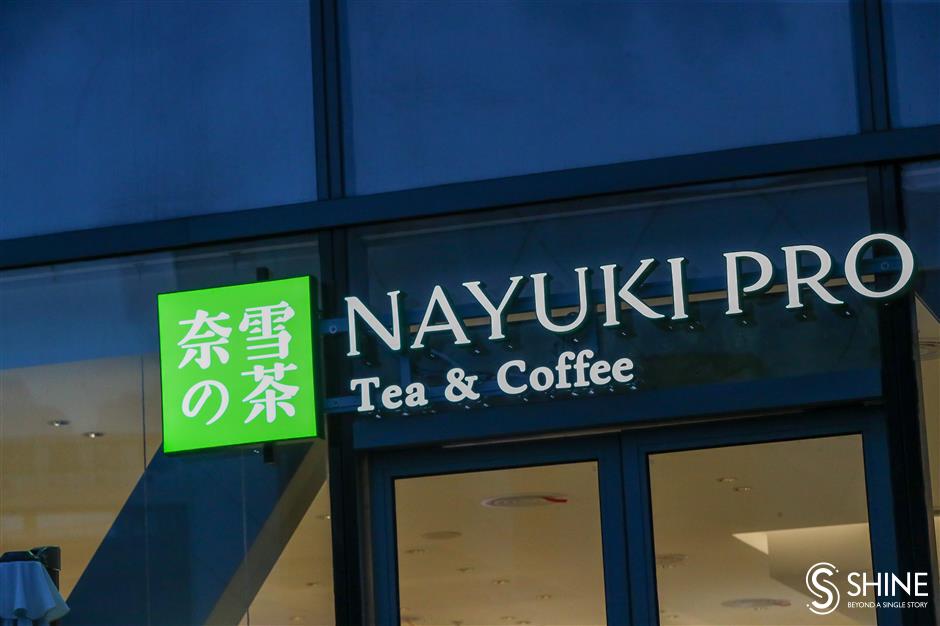 High-end tea brand Nayuki, one of the earliest vendors to popularize bubble tea and dominating the market for several years, went public on the Hong Kong stock exchange in June.

Retail consumption of tea beverages in China is projected to expand at an annual pace of 14.6 percent to about 810.2 billion yuan by 2025, according to domestic consultancy CIC Research.

Freshly made tea drinks in China were valued at about 113.6 billion yuan in 2020 and are expected to grow at an annual pace of nearly 25 percent, reaching 340 billion yuan by 2025.

With figures like that, it's small wonder that investors are seeking a piece of the action.

HeyTea is reported to have completed a US$500 million round of financing this month from investors IDG, Hillhouse Capital, Coatue Management and Meituan's venture capital arm as investors bet on the next "unicorn," a term used to describe a private startup company with market valuation over US$1 billion.

High-end tea brand Nayuki, which is one of the earliest vendors to popularize bubble tea and dominated the market for several years, went public on the Hong Kong stock exchange in June.

However, it has since then been trading below its offer price of HK$19.80 as investors size up its profit outlook in such a crowded market.

But that may be temporary. Some brokerages are estimating that Nayuki to be trading at more than HK$20 (US$2.57) compared with about HK$14 currently.

The company, which has an estimated 19 percent market share, sells fresh fruit and milk teas, with orders averaging 43 yuan. Guosen Securities expects Nayuki to have as many as 1,800 stores in three or four years, nearly triple the current number. 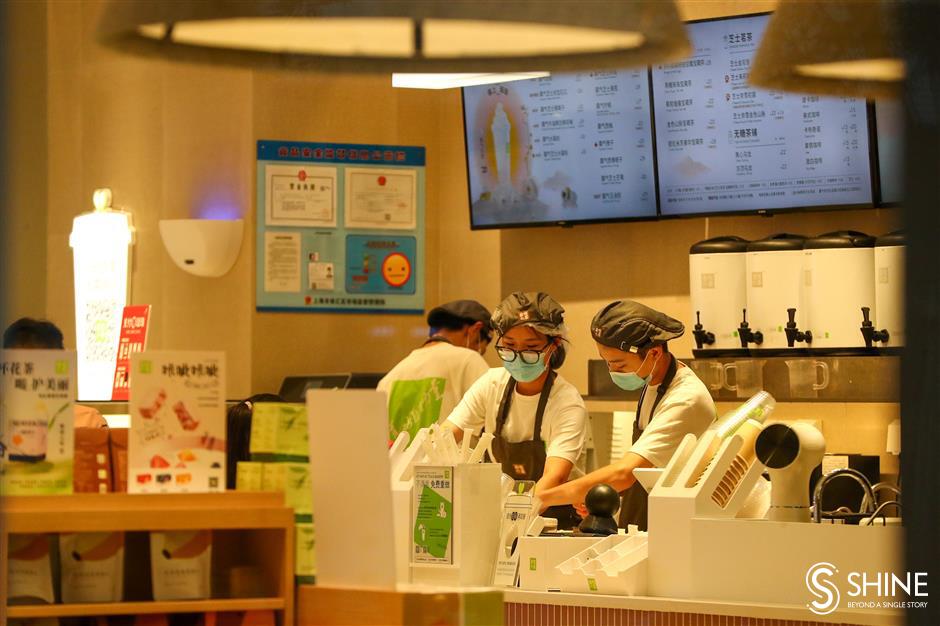 Shopping assistants are busy working in a Nayuki store.

Coffee chains and vendors selling alternative food additives are also being chased by investors betting on a shit in consumer habits.

Market watchers aren't surprised by HeyTea's taking stakes in boutique coffee vendors. It helps the chain solidify its footprint in the middle to high-end beverage sector as a complement to its tea drinks.

Erythritol is widely used in low-sugar beverages and fresh-made tea drinks in response to the public's calorie-control trend.

Although over 70 percent of the company's sales are overseas, it counts established beverage bottlers like Nongfu Spring, Coca-Cola and fresh-made tea drinks like HeyTea as important domestic customers.

According to its preliminary prospectus, Sanyuan Biotech reported a 119 percent increase in revenue in the first half.

Chinese consumers remain ever fickle. They are willing to shift from established brands to try new products, either from the mainland or from overseas.

Market watchers say it's too early to decide who will come out on top, given the vast market landscape and ever-changing consumer habits.

TF Securities' analyst Liu Zhangming said he expects offline expansion of tea shops to continue, drawing a comparison with how Starbucks coffee shops took the market by storm years ago.

﻿
Special Reports
﻿
Shanghai dining: the thrill and challenge of finding a place to dine out
Livestreamers on the carpet: Be careful what you do and say
Tight job market doesn't daunt a new force in the workforce
F&B entrepreneurs try to regain foothold post-lockdown
Pudong Expo shifts to metaverse tech to attract Gen Z visitors
Pudong exhibition hall one of the hottest shows in town
Snip! A burgeoning business is nipped in the bud by coronavirus
Your voices heard: Grassroots liaison in lawmaking proves its value
Shanghai online shoppers lead nation in 618 spree
Pudong's futuristic 'City Brain' can foresee the future
EXPLORE SHINE