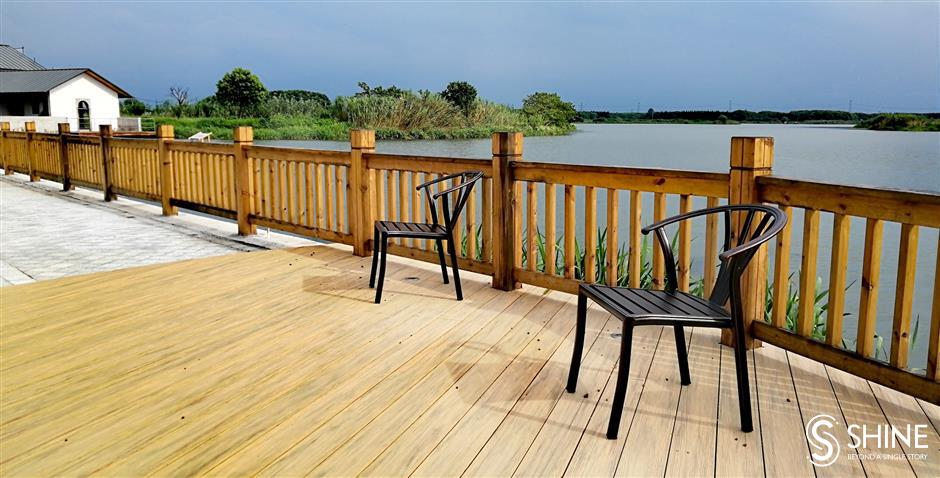 A garden-like walking space by a big lake in Dongxi Village of western Shanghai. 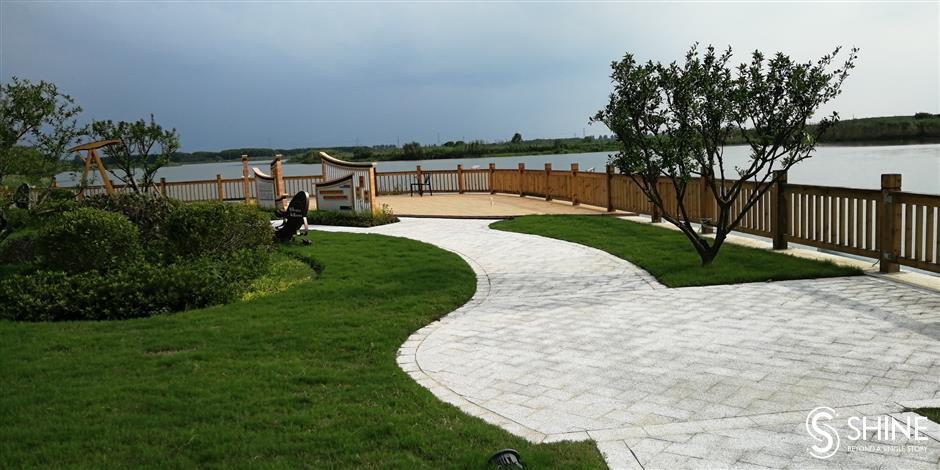 The lakefront walking space in Dongxi Village is suitable for recreational purposes, including sailing a boat.

Dongxi Village – which literally means "east-west village" in Chinese – is pioneering a symbiotic urban/rural space as part of the city's latest strategy to boost its "soft power" by sprucing up the countryside.

The village is located in Qingpu District and close to neighboring Zhejiang and Jiangsu provinces. 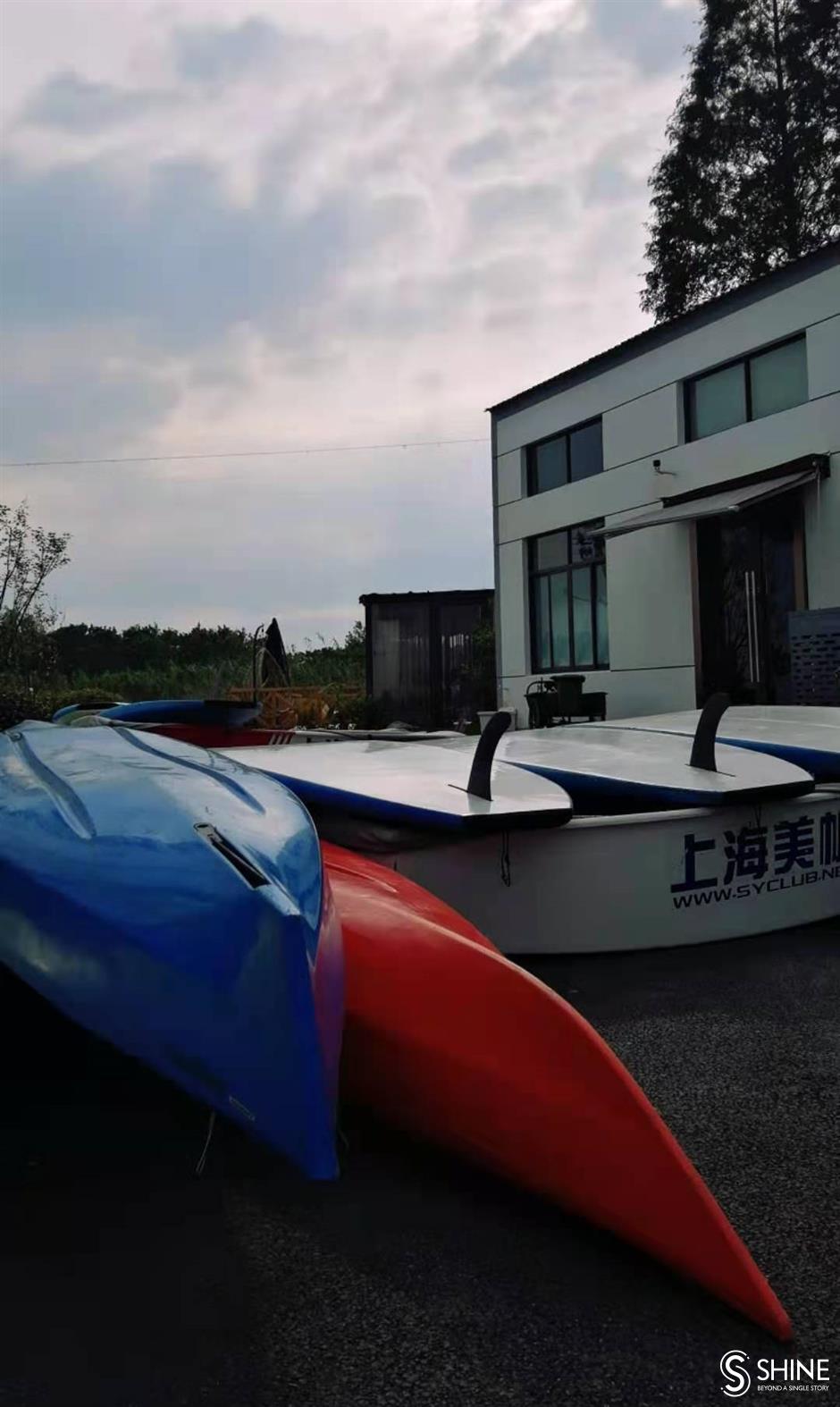 When I visited the village yesterday for the first time, what I saw first at the entrance was a newly built lakefront walking space designed like a garden. A few yachts were piled on the ground. I felt like sauntering in an urban recreation center.

As I ventured a few steps further into the village, however, I was surprised to find many old fishing boats made of cement lining the banks built along riverlets and vast lakes that either cross or circle the village.

The image of so many fishing boats, apparently time-worn but still in use, brought my wandering thoughts to the ground. This is a rustic village that has preserved its ancient waterways and traditional agricultural landscapes, while converting part of its riverfronts for the recreational purposes of urban visitors.

In other words, Dongxi Village is merging the best of urban and rural elements to make it more attractive to both villagers and urbanites who cherish working or living in the brace of nature. 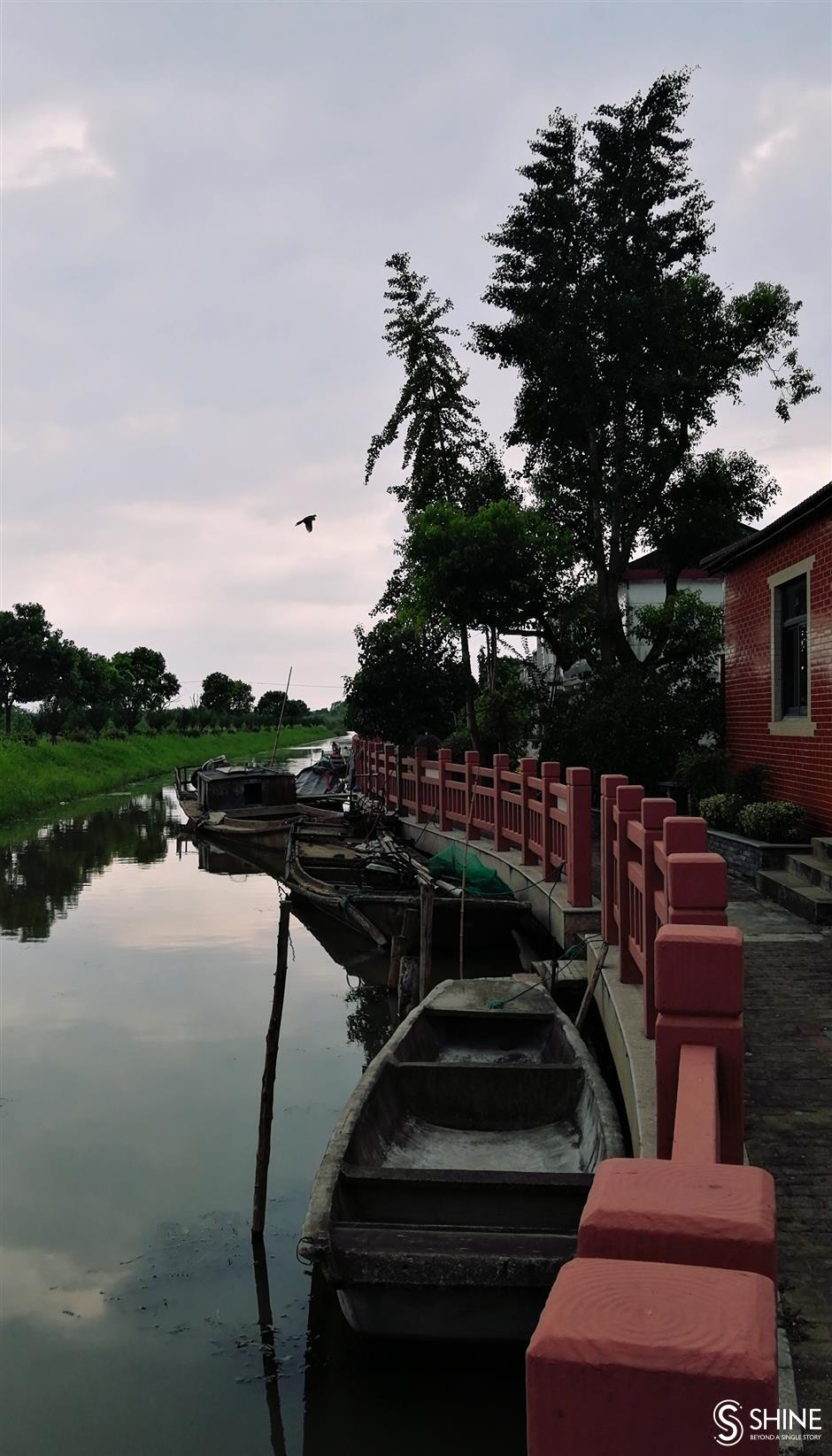 There's a fishing boat in front of almost every rural house in Dongxi Village. 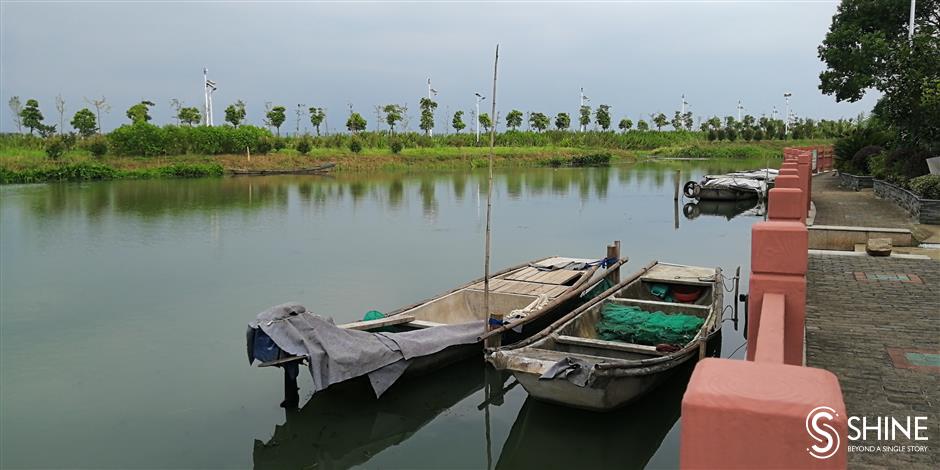 Fishing boats on a lake in Dongxi Village

"A nice village," I said to an old villager who was fixing his fishing and kitchen stuff on his cement boat.

"Is it?" he asked, a scantly detected smile crossing his lips.

"Well, that's true," he said, with a broader smile. "No industry here. The water is clean and there's plenty of fish and shrimp."

He said he now lives on a retirement pension, and his children work in nearby towns. "Life is quiet here – if you like tranquility."

As we chatted, I found there was a fishing boat in front of almost every rural house. Another old man was cleaning his shrimp net as I went up. He said he was self-sufficient through fishing and cultivating a small vegetable garden.

"Life is slow but healthy," he said, looking at me for a while and then far into the vast lakes and green islets.

The village spans less than 1 square kilometer, surrounded on three sides by natural lakes and rivers, which are part and parcel of a vast water body collectively dubbed "Blue Pearls." Huawei's new research and development base, which is under construction, is located in this rustic water area dotted by well-planted islets. 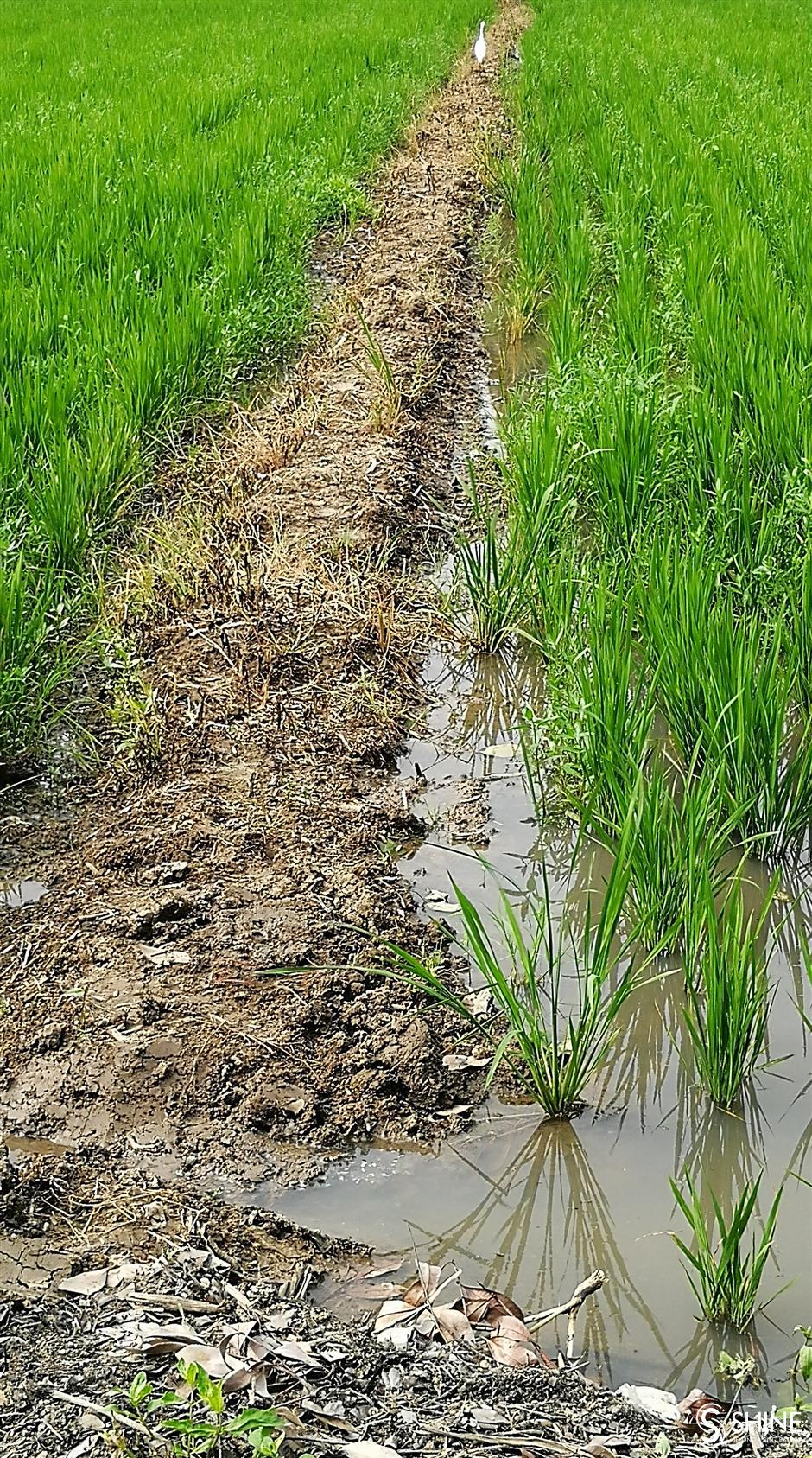 A heron walks in a rice field in Dongxi Village, signaling a sound natural environment.

If you hope to understand future Shanghai beyond the Bund, Dongxi Village is a place you should probably visit. It lies in the heart of the Yangtze River Delta region's integrated development demonstration zone, and within the core radius of Huawei's new R&D base. According to official news reports, Huawei chose this area of "Blue Pearls" for a number of reasons, one of which is the well-preserved natural environment.

Wait a few more years, and you'll see the rise of a new kind of working-living space – "new" in the sense that a tech whiz may not have to confine himself or herself to a "concrete forest." Instead, he or she can walk into the woods and fields for refreshment. At the same time, a villager will be able to keep his or her rural way of life while serving urban visitors or workers on the sideline.

Earlier this month, Shanghai released a high-profile plan to revive its countryside, which covers more than 2 million mu (133,333 hectares) of arable land. By keeping its rural charm that exudes from ancient waterways and traditional architecture such as farmers' houses, the city expects to receive 25 million visitors to the countryside per year by 2025, up from around 15 million last year.

Ultimately, it's more than just rural tourism. A symbiotic urban/rural space will fundamentally help foster a new way of human life, away from an obsession with urban sprawl at the cost of the planet's precious land and water resources.

Late last month, the Shanghai government called for building the city's countryside into "a poetic place to be," and creating a new trend in which people would "cherish, return to, and build" the villages. 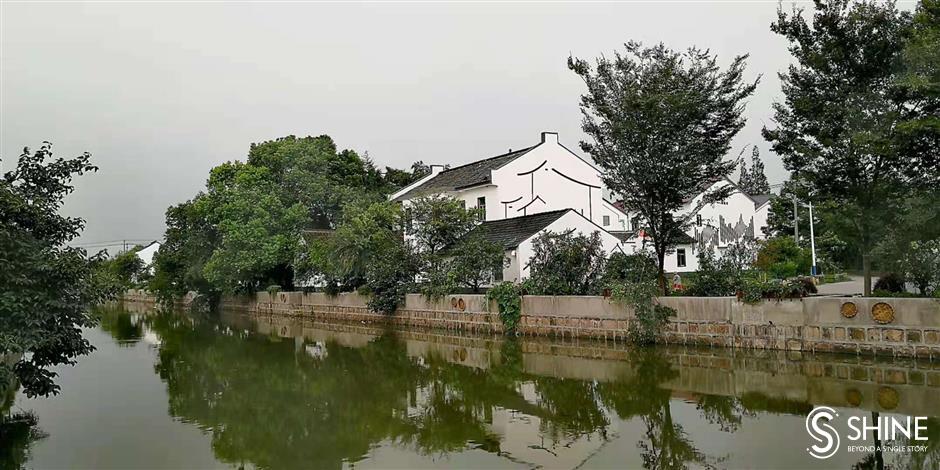 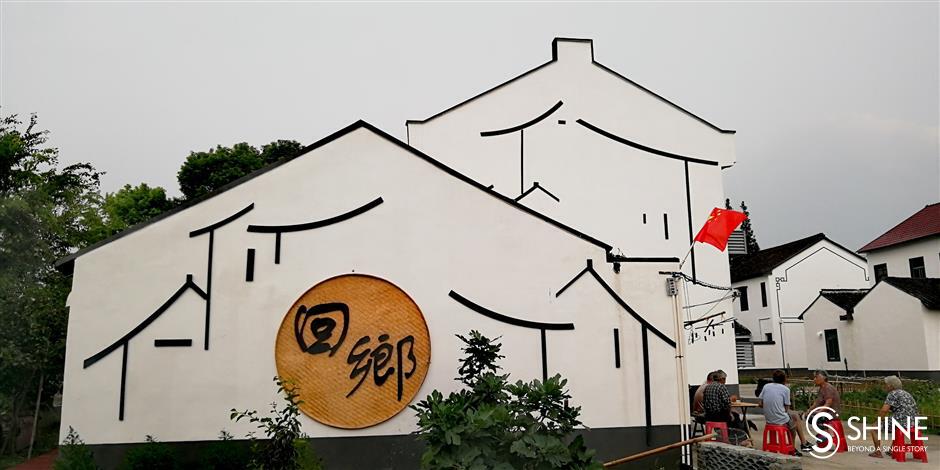 Farmers relax and chat by their homes in Xulian Village.

Dongxi Village provides an initial "visual effect" of what such a "poetic place" will be like. You might as well visit Xulian Village to its east to further explore how the countryside can become a forefront of life in Shanghai – not just a backyard for occasional sightseeing. 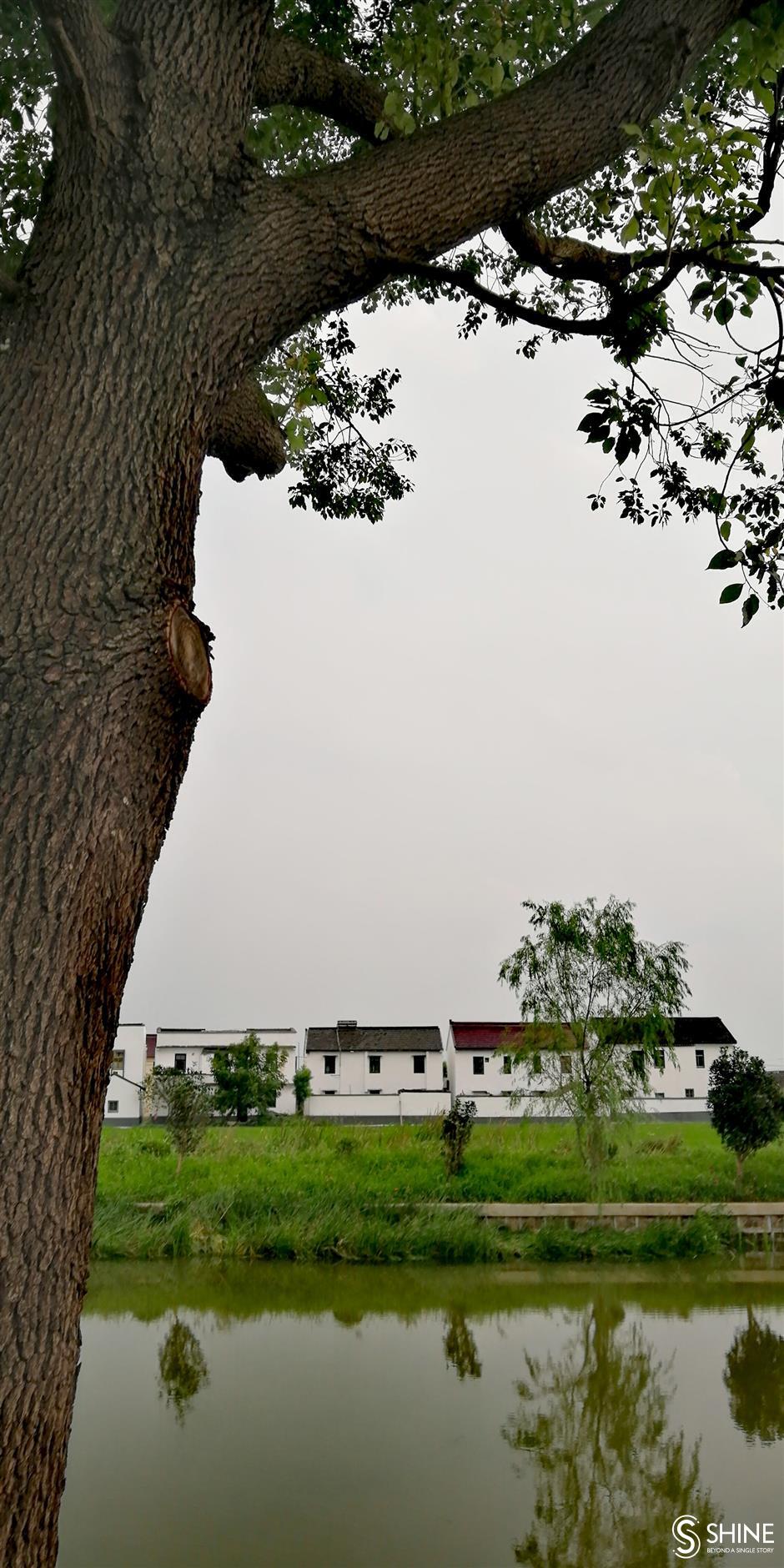 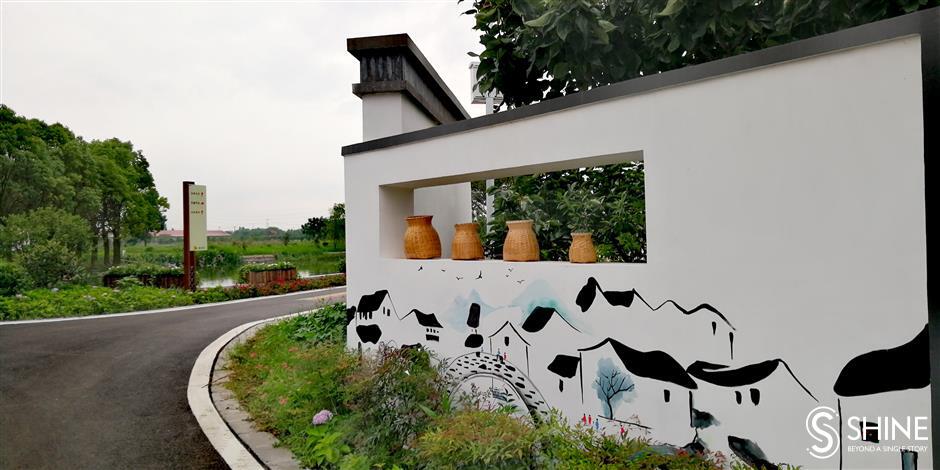 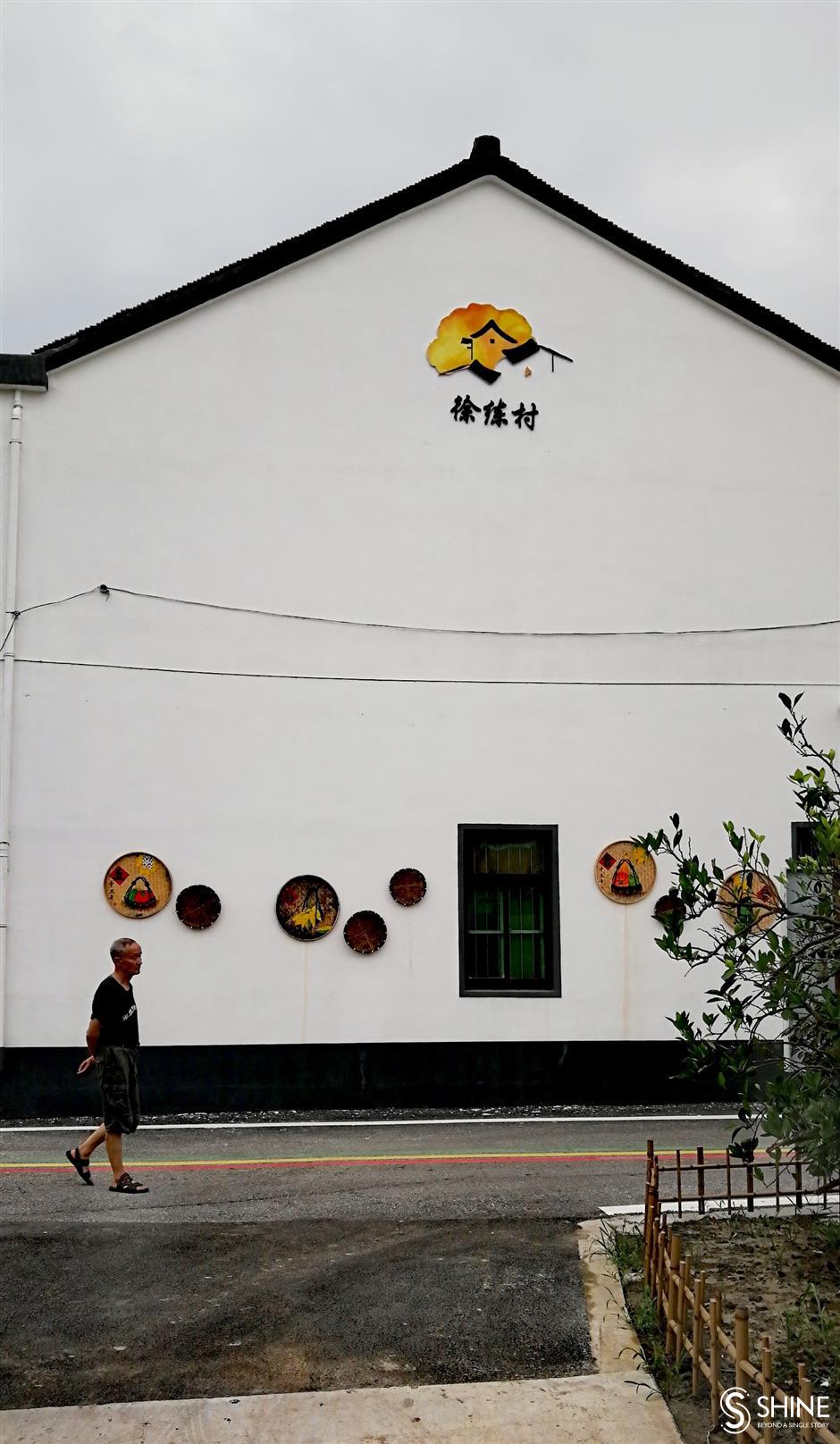 A farmer walks past a painted farmer's house in Xulian Village. 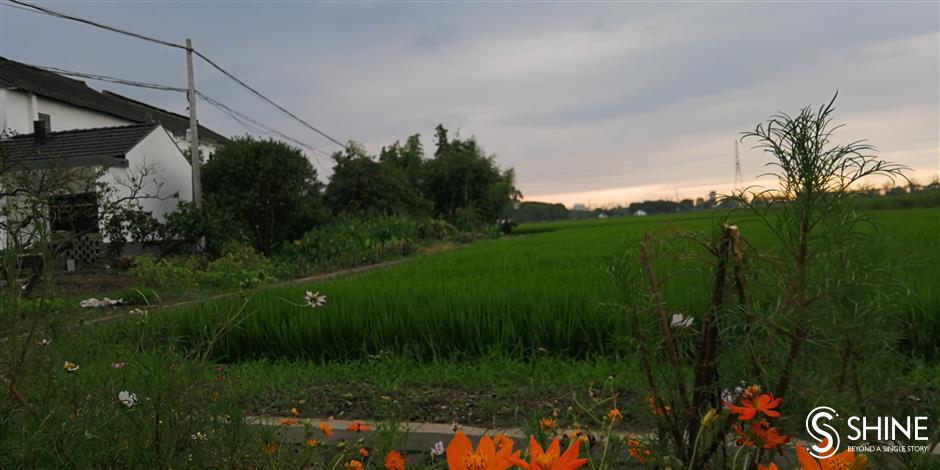 A vast crop field in Xulian Village, which is part of a key, massive agricultural project in Qingpu District.