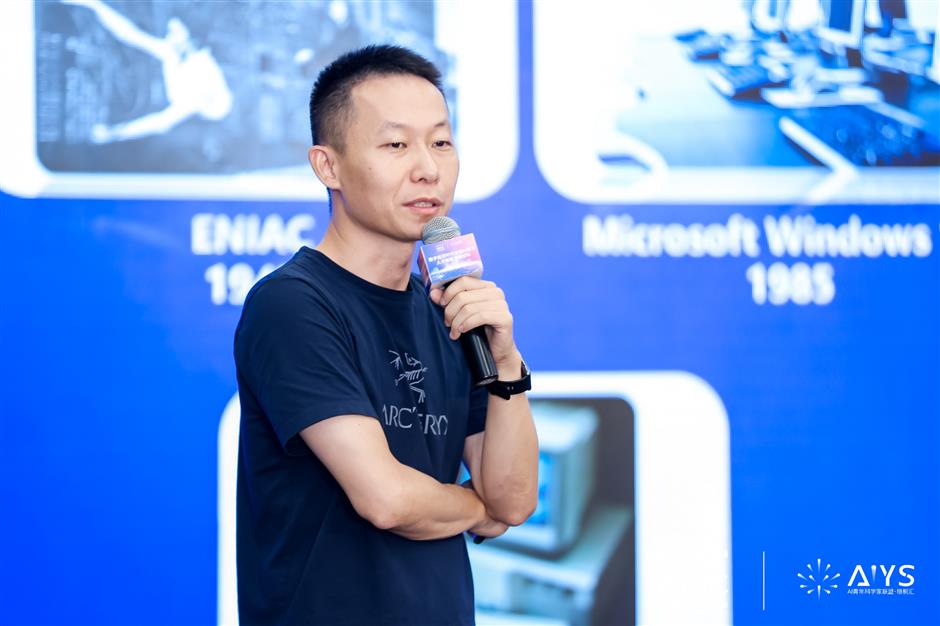 Zhu Mingjie, founder and chief executive officer of CraiditX, gives a speech at the World Artificial Intelligence Conference in Shanghai in 2021.

Zhu Mingjie shares the common dream of every scientist – to change the world with knowledge.

The founder and chief executive officer of CraiditX, a leading artificial intelligence (AI) startup, is realizing his dream step by step.

As a graduate of the Youth Class of the University of Science and Technology of China, a special class for gifted children, Zhu is determined to empower traditional industries with AI.

He is among the first batch of PhD holders jointly cultivated by the university and Microsoft Research Asia, as well as one of the leading Chinese AI scientists shifting to entrepreneurship.

The company he founded in 2015 aims to drive the digital transformation of domestic companies with AI. It has become the first of its kind to widely apply machine learning to various financial scenarios.

With the help of CraiditX, which features self-developed AI engines and more than 60 patents, the loan scale of a single financial institution can be increased by over 100 million times. Tens of millions of clients and financial institutions have been benefited from the smart technologies.

Zhu has won multiple top awards from the city and district governments for his contribution to achieving Shanghai's ambition to become a scientific innovation center with global influence and the world's financial center.

The awards granted to him include "Outstanding Young Professional" of Shanghai and Changning District as well as the city's "Outstanding CPC member." The company has won the top scientific award from the China Computer Federation.

"We aim to solve the most painful and difficult problems with 'API,' or AI Engineering, Professional Knowledge and Integration," said Zhu. 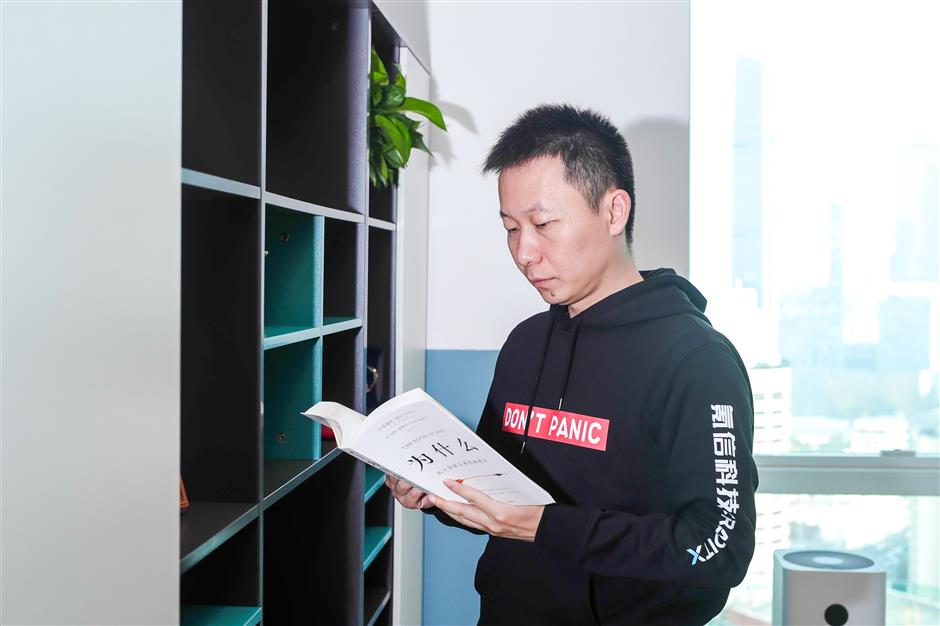 Zhu Mingjie reads a book at his company.

In the era when mathematics and physics prevailed, Zhu's choice of AI was inseparable from his early experience at the university, one of China's top seats of learning.

He was initially inspired by "Roaring across the Horizon," a movie shown to all freshmen at the university, about China's scientific research for atomic bombs, missiles and satellites in the 1960s.

Zhu was impressed by the older generation of Chinese scientists who lived in the desert with poor conditions and simple apparatuses such as the abacus for scientific research. Their invincible spirit and achievements inspired Zhu to contemplate the future of scientific and technological development.

The decisive motivation for him to choose AI came from a short conversation with academician Shen Xiangyang, former vice executive president of Microsoft. Shen told Zhu that "informatization will impose the biggest impact on mankind."

He later became the first batch of doctors jointly cultivated by the university and Microsoft Research Asia, and went to the Max Planck Institute in Germany for post-doctoral studies on AI.

He sticks to his original aspiration: to benefit society with science and technology.

"From a technician to an entrepreneur, I feel extra responsibility," said Zhu.

"As a technician, I only need to care about the results of each algorithm. Now, I have to consider how to use technology to solve the problem and commercialize it." 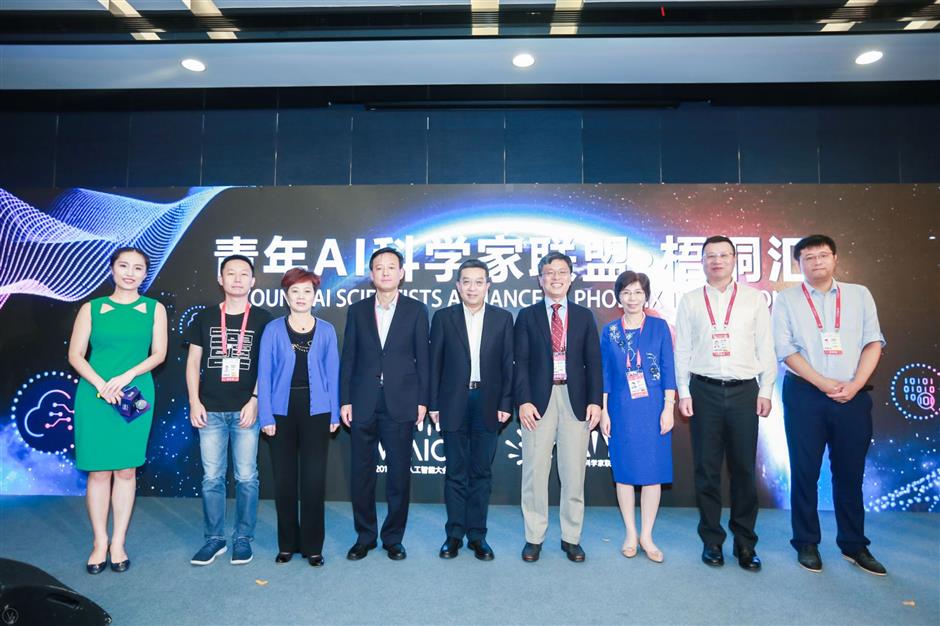 Since the establishment of the CraiditX, the company has been striving to meet the nation's economic development demands and promote the spirit of scientists.

The company has been listed as a key project for the city's AI development. The intelligent engine developed by the company has won the top AI award of the country.

"Our basic task is to convert the algorithm from the lab into useful and reliable tools," Zhu said.

"The public has great expectations on the future of AI because of its strong learning ability. AI is just a tool, which needs to learn human wisdom to serve mankind in return."

During the opening ceremony of the 2021 World Artificial Intelligence Conference in Shanghai, a thesis jointly written by CraiditX and other leading AI companies won the top award. The thesis was also published on the sub-journal of the world's top scientific magazine Nature.

The article, which aims to guide the development of AI in various industries, was mainly created by the AI Young Scientists Alliance (AIYS) of which Zhu serves as a main founder. 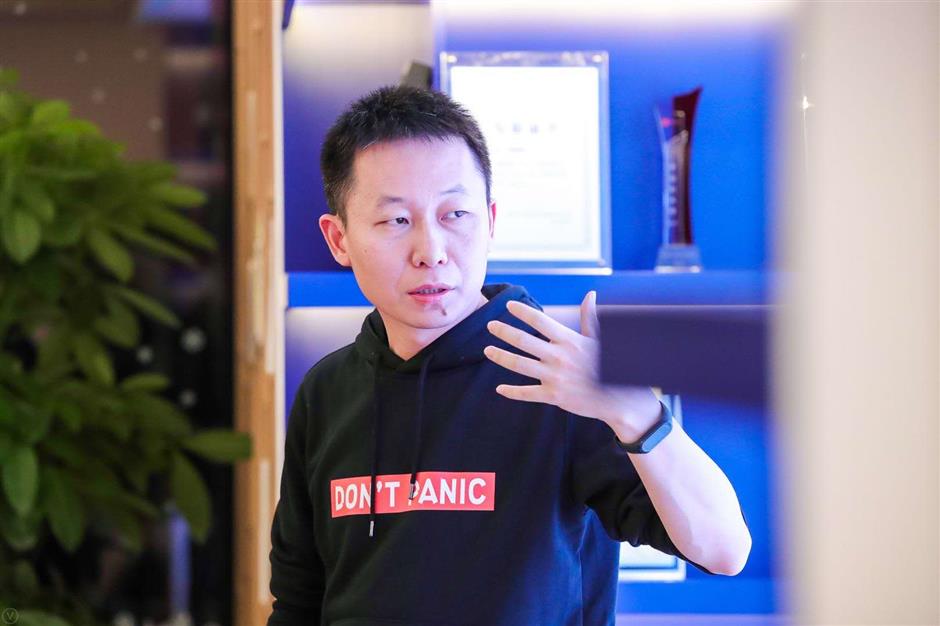 Zhu Mingjie talks with colleagues at his company.

Zhu said he hopes to establish an "AI community" to attract top professionals to Shanghai, and become the new driving force in the construction of Shanghai's AI highland.

The alliance, founded at the World Artificial Intelligence Conference in 2018, has become an incubation platform to support young scientists' success in academia and business.

It has supported 50 AI talent aged 26 on average. Half of them have doctorates from world-renowned colleges including MIT and Stanford, scholarships or funds from tech giants like Baidu, as well as several rounds of financing from venture capitalists.

The alliance committee consists of industry experts like Shen Xiangyang and business leaders from Amazon and SenseTime.

To celebrate the fifth anniversary of the founding of the company, Zhu took all his employees to the former residence of the missile and space scientist Qian Xuesen (1911-2009) on Yuyuan Road in Changning.

The technicians read the letters, manuscripts and stories of Qian in the villa in Qishan Village community.

"Learning the spirit of the renowned scientists can help us reaffirm our original aspiration to serve the country with science and knowledge," said Zhu. 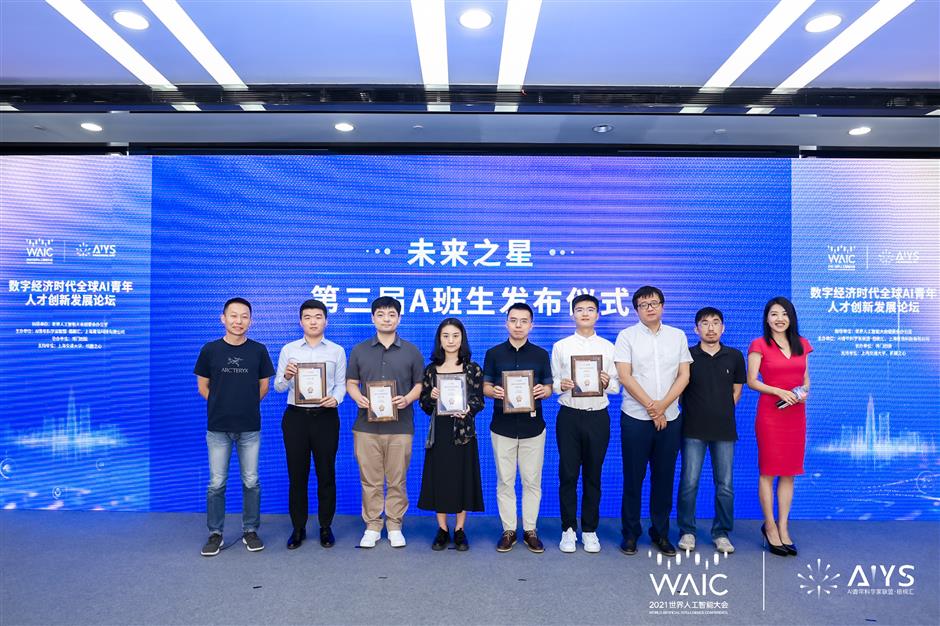