The 'laughing policeman' is no joke on the job 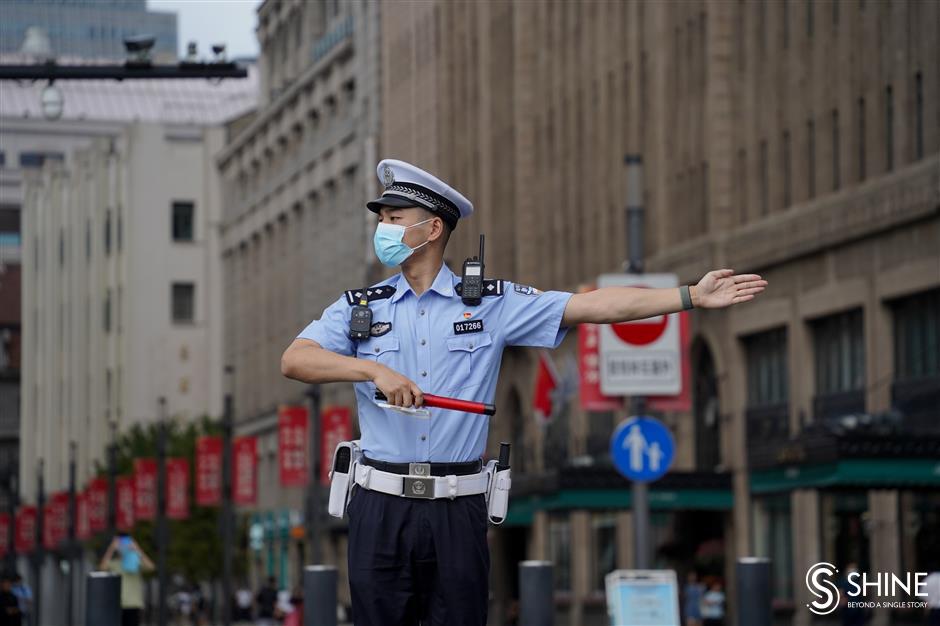 "That doesn't work on me because I happen to have majored in English at university," Huang Jun, a traffic policeman in Huangpu District, said on the stand-up comedy TV show "Rock and Roast."

That drew a big round of laughter.

Huang, 32, has patrolled the waterfront Bund area for years, winning citations for the excellence of his work. He appeared on the comedy show, he said, to project a more humane face of the police force.

"As law enforcers, we are unequivocal in dealing with offenses and crimes, but we're also humans who try to deal with work with good humor," he said.

Before starting with the police force in August 2013, Huang was a bank clerk, a job that didn't suit his temperament.

"I love the open air, so sitting behind a window all day long was too much for me," he said.

Following in the steps of a cousin who is a police officer, he signed up for the police college.

He was assigned to work on the Bund, one of the most popular tourist spots in Shanghai, but found that the job wasn't as easy as it looked.

"I felt more like a failed tour guide than a police officer because so many people stopped me and asked for directions," he said. "And in many cases, I couldn't help them."

He started on the beat at the height of the tourist season in Shanghai, when the Bund was filled with holiday visitors.

Huang's routine on "Rock and Roast" included true stories from his job.

"Once, a little boy asked me which building on the Bund housed the China Merchants Steamship Navigation Co, the first ship business in modern China, but I didn't know," he said. "So I stopped a taxi and asked the driver if he knew the answer."

"Sorry," the driver replied. "I have no idea, and it's not because I'm drunk."

Huang said he has also been asked where the first-ever KFC in Shanghai was and where the iron bridge from which the lead actress in a popular Chinese TV series jumped was. 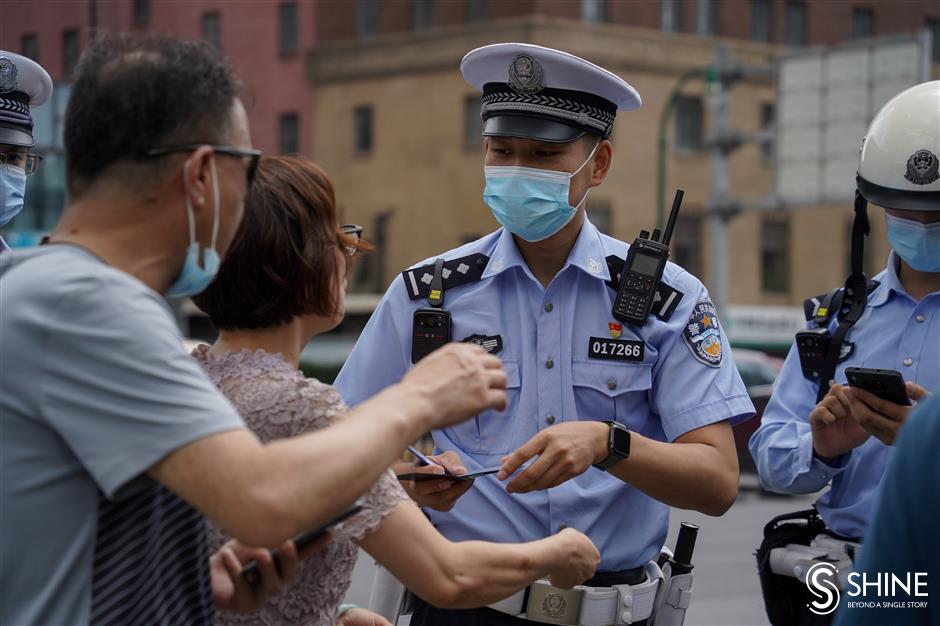 "Every day after work, I looked up answers to questions I had failed to answer during the day, only to be shamed by new questions the next day," he said. "People were in disbelief that a Shanghai local like me knew so little about the city."

Huang finally decided he needed to delve more deeply into the history and culture of the Bund. His efforts finally paid off.

"Once a tourist asked me where the nearest WC is. I told him that he needed to first turn left and then turn right, and there was a restroom in the building in front of him, which once housed the China Merchants Steamship Navigation Co."

Being fluent in English is a plus.

"When a foreigner asks me where to find a taxi, I ask him where he's going, and if it's better for him to take the Metro, I point out the way," he said.

Huang has also learned some basic phrases in Japanese, French, German and Italian. On one National Day, he gave precise directions to about 200 people on the Bund, he said.

Helping people is part of police duties, but law enforcement on the Bund extends far beyond that.

"When traffic accidents happen, we must secure the scene as soon as we can to prevent serious congestion in the Bund area," Huang said.

To maintain a good traffic environment, he and his colleagues proactively address illegal parking and even make recommendations about improving traffic fixtures to enable pedestrians to cross the busy streets more safely.

Huang's engagement with the comedy show started at the end of last year, when producer Shanghai Xiaoguo Culture Media Co was invited by Huangpu police to plan a talk show for their annual gala.

Huang and a few of his fellow amateur performers were given the opportunity to stage their gala in a talk show theater run by the company.

Huang did careful preparations. He prepared the script, took advice from an experienced comedy screenwriter and rehearsed in front of his wife.

"For about a week, I made her my audience for an hour every day," he said. "I tried a million ways to make her laugh, changing tempo and tone. Every time she laughed, I grew more confident."

His first performance at the theater caught the attention of Li Dan, the mastermind behind "Rock and Roast." Huang was invited to compete in the show – a move sanctioned by Huangpu police.

After a last editing of his script, Huang found himself recording his first-ever TV talk show appearance in the studio on June 30. 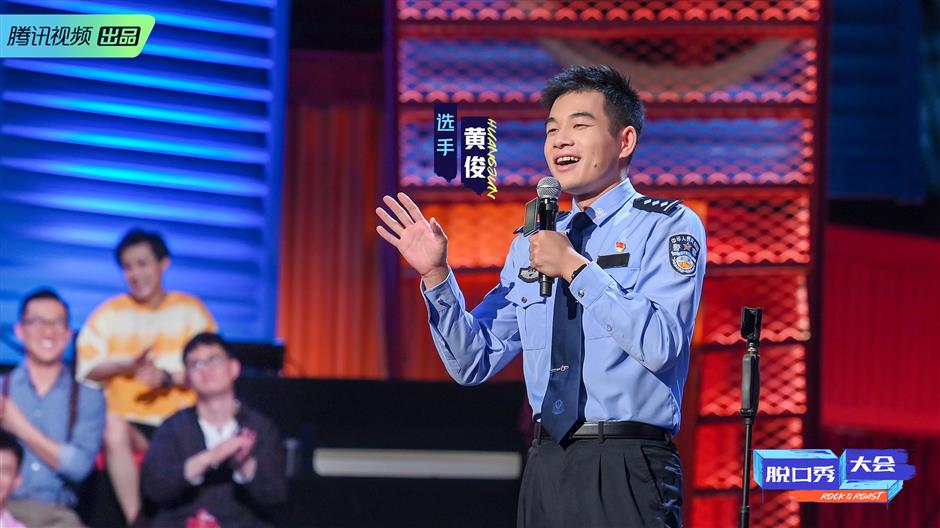 Huang Jun performs on the first episode of the new season of the comedy show "Rock and Roast."

"When I first went on the stage, I was quite nervous, but when the audience started to laugh, I started to relax and enjoy myself," he said.

He even improvised some punchlines. When he came into the spotlight, wearing his police uniform, he turned to the audience and asked, "Have you got your ID cards with you?"

Huang got high ratings from the jury on the first round of the show and qualified for the next round, but he decided to withdraw due to his busy work schedule.

He is currently the vice head of the mobile squad of Huangpu traffic police, overseeing a larger area around People's Square bordering the Bund.

His job becomes very demanding when large public events are held in the Bund area. During public holidays, all police officers of the district are rostered on duty to ensure the safety of visitors to the area. Huang hasn't enjoyed the traditional reunion dinner with his family on Chinese New Year's Eve since he started to work in the police.

"I hope my appearance on the show will help people better understand the role of police and really get to know us," he said.