Wei Meng, 32, principal of venture capital firm DCM and mother of two, fainted at an executive training workshop on self-development in mid-August and died in hospital two days later.

The death of the young entrepreneur focused public attention on Legacy, the consulting company that operates the course. The firm, with offices in Hong Kong, Beijing and Shenzhen, was accused of running a "mental pyramid scheme."

According to Sina Finance, Wei may have buckled under harsh rebuke from several others in the course about matters such as working too hard and neglecting her children.

For its part, Legacy released an announcement on its WeChat account, acknowledging Wei's death, thanking the doctors at Beijing's Chaoyang Hospital for her emergency treatment and expressing appreciation for all those who provided support for her family.

Wei's husband Li Bo called her death an accident and said she was not subject to any kind of brainwashing. He said any speculation to the contrary was hurtful to the family.

Such management training courses, which are similar to "human potential" operators Erhard Seminars Training and Lifespring in the US, are said to use tactics that crush a trainee's psychological defenses and then seek to rebuild a better persona. 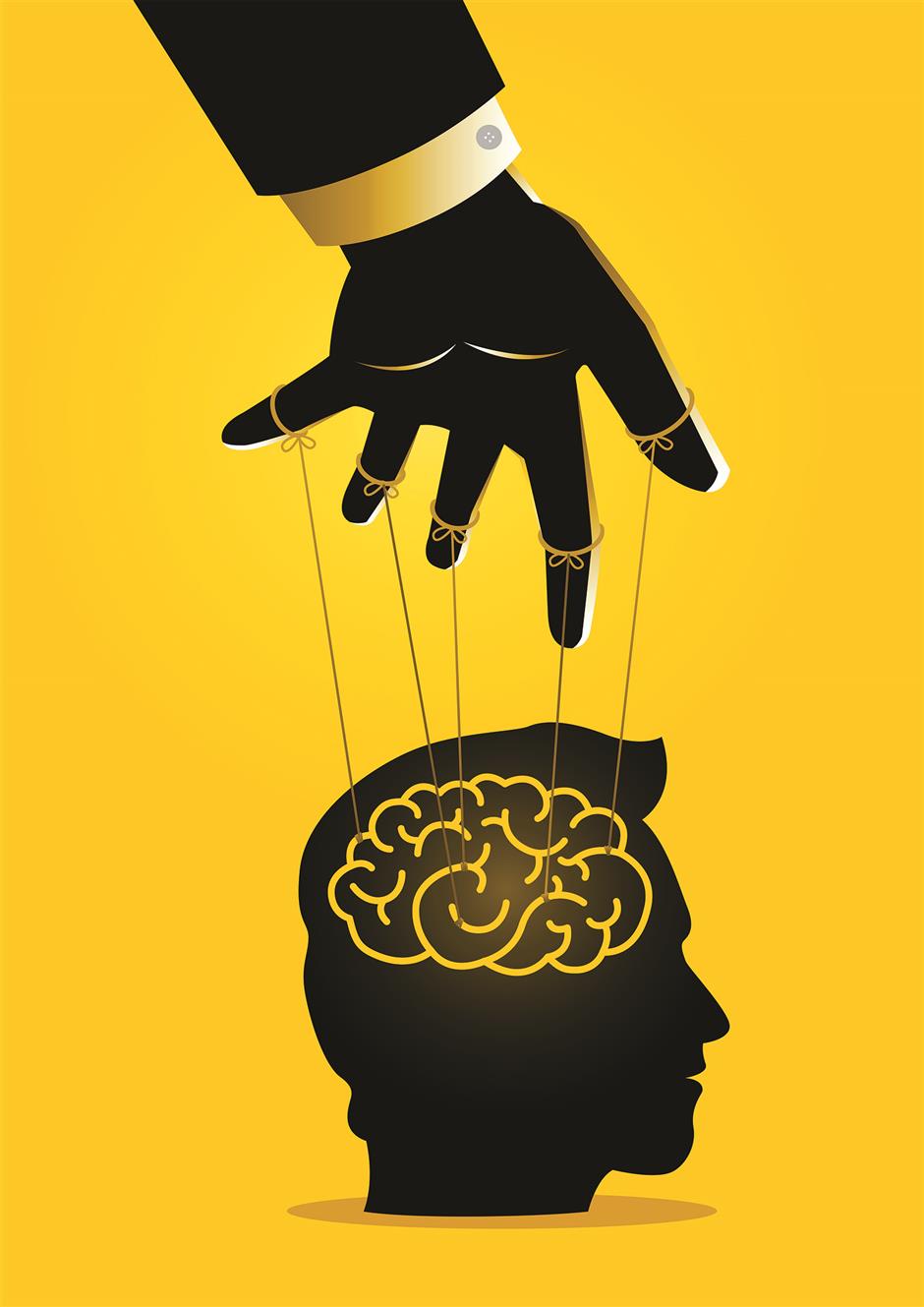 That's not to say that all self-development courses for workers are tainted. Many programs run through business schools or privately are designed to improve worker's self-esteem, nurture leadership, build team spirit and help executives deal with stress. Some consulting companies provide psychology courses so that employers can better oversee the mental well-being of employees.

Shang Xiaoxin, 28, who works for an Internet company and is a user of Zhihu, a Quora-style Q&A platform in China, told Shanghai Daily that he once attended a workshop operated by Legacy Shenzhen to "explore himself." It was recommended by colleagues.

"The trainees in my class included entrepreneurs, salesmen, insurance workers and business executives," he said. "Those who had problems with the course mostly quit, while the majority of those who completed the course believed it works."

He told Shanghai Daily that some people did seem better after the course, more at ease with themselves and more confident.

Shang was not one of them. He quit the course halfway through because he came to believe that trainees were being brainwashed. Those who proved very "loyal" to the operator were rewarded by appointment as class group leaders or even went on to become Legacy employees.

On his Zhihu posting, Shang detailed his experiences at the workshop.

He said the whole courses can be divided into four stages. He finished the first stage and enrolled in the second stage, called Powerleap – the one in which Wei died.

During the first stage, which consisted of five classes, the workshop was headed by a woman from California, with an interpreter from Taiwan.

At first, Shang said, the classes were inspiring. Trainees were told not to complain about problems but rather to look at how their own behavior might be creating problems. It was enough to convince him to enroll in the second stage, but that's when he said the course became weirder.

On the third day of the second leg, trainees were asked to reflect on the promises they failed to keep with family, friends and themselves.

"The whole process was aimed at telling you to deny yourself," Shang said. 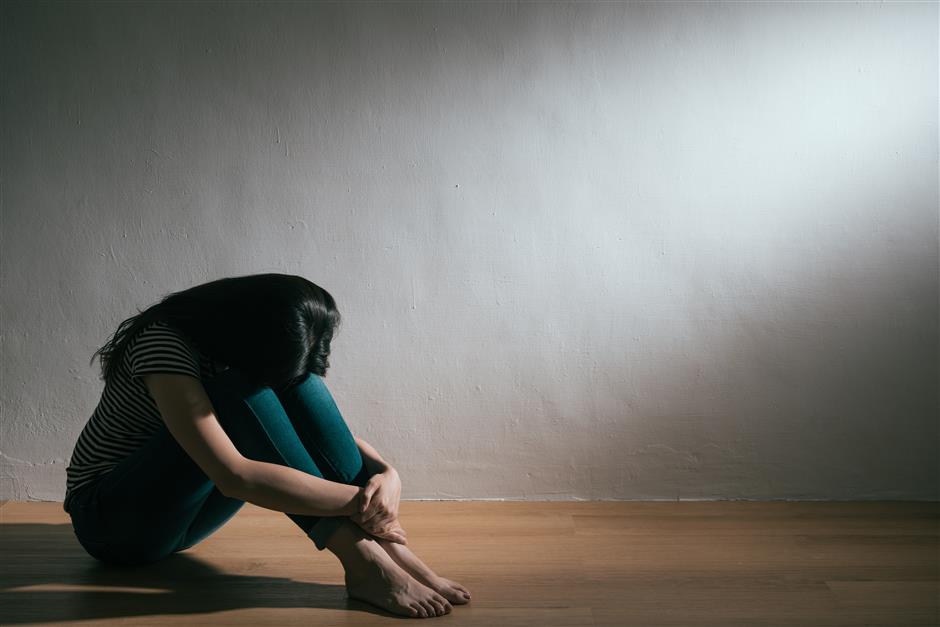 Shang said he experienced the feelings that must have driven Wei to despair. Trainees were encouraged to "attack" one another for things like cowardice and selfishness, he said.

On the fifth and last days of the class, the workshop leader cited a Hawaiian parable from "Half the Sky: Turning Oppression into Opportunity for Women Worldwide," a book by US journalists Nicholas Kristof and Sheryl WuDunn:

A boy on a beach picks up starfish one by one, and throws each back into the ocean. A nearby man, perplexed, tells the boy there are too many starfish to save and that he'll never make a difference. The boy responds, "It sure made a difference to that one."

The trainees were then asked to "save more starfishes" by encouraging other people to attend the courses, Shang said. That's how the organization grows.

"At that time, my girlfriend wanted me to stop attending the workshop, so I quit," Shang told Shanghai Daily. "Later, I read some books on the subject and started to suspect a trap. The classes hold you back from thinking independently. I strongly advise people to keep away from them."

Not all people who attend self-development workshops have bad experiences. Many find that discovering themselves even amid often alarming circumstances is a rewarding experience.

According to Lifeweek magazine, a trainee named Yang Yang felt uncomfortable after taking one of these courses and said some colleagues in the class seemed to lose their objectivity in making decisions, reverting to snap judgments.

However, being objective herself, she said some people did benefit from the experience. One woman who was forced to unburden her private frustrations with her husband and child seemed to emerge more positive and became involved in charity activities with other trainees.

Li Yaling, an author and scriptwriter, said she did an undercover investigation of a similar personal development operator in 2007 when she was a journalist.

In the article she wrote, Li claimed that 99.9 percent of the people who have attended such "mental experience game" classes suffered psychological trauma to varying degrees.

"This is a group of professionals who master mental attack skills and work with family members, friends and other students to oppress you," she wrote. "They will find 'flaws' in your family background, childhood experiences, business practices and love life to strike with precision. You lose sleep and bear the pain of being attacked over all the unpleasant things in your life."

Li reported that Fujian Province resident He Youcheng committed suicide after taking the course in the city of Chengdu in 2005. His wife Chen Zhuying told media that he once called her to say the class was weird and he was going mad.

In 2013, an entrepreneur Huang drowned after being held underwater by his classmates as part of a process to "reinvent" himself.

They are achievers, afraid of failure. Some want to advance themselves with career breakthroughs in a short period. They fail to understand that real growth requires time and steps.

The Shanghai Morning Post interviewed a former teacher of such a training workshop, who went under the nickname Uncle Qiao. He was introduced to the course called Coaching Skill by a friend about eight years ago.

He spent nearly half a year in the course and thought it was so inspiring that he became an instructor because he wanted to share the experience with others. But then the problems began.

Qiao told the morning post that he began to notice how the classes were having an adverse effect on male-female relationships, often resulting in divorce.

Once a woman from northeastern China said her fiance had an affair with another trainee and married her after the course was completed.

Moreover, many trainees found their business acumen didn't improve from the course and their interpersonal relationships worsened.

"One part of the lessons is to point out one's defects in an aggressive way," Qiao said. "In that environment, it's easy to feel you can attack anyone who irritates you."

Qiao has since been involved with organizations trying to save trainees from mind control workshops. On a community forum on Baidu Tieba, a group called "Anti-Coaching-Skill" attracts former trainees, family members and friends.

Discussion posts suggest companies like Legacy exist in cities all over China. The group shares information about these agencies with the public, aiming to prevent more people from becoming entrapped.

Government, too, is keeping an eye on the sector.

In 2018, Shenzhen police detained 85 people from an agency calling itself Apex Institute of Business. It was the nation's first case involving illegal or harmful training lessons operating under the guise of "coaching skills."

Some of them are blind to the repercussions of workshops that practice mind control, Yan said.

"They are achievers, afraid of failure," he said. "Some want to advance themselves with career breakthroughs in a short period. They fail to understand that real growth requires time and steps."

Receiving a "mental bombardment" could cause these people great damage, he added.

Courses in seduction are often lessons in subjugation of women

Courses aimed at improving the personal skills and development of career people aren't the only workshops that deploy psychology to try to bend those who enroll.

One example causing concern is pick-up artist (PUA) course. It's aimed at men who lack the charm and social skills to attract women, but its content suggests lessons in sexual conquests and controlling women to fleece them for money.

Four months ago, Shenzhen's Luohu District People's Court ordered a man to pay nearly 400,000 yuan (US$60,108) in compensation to the parents of his girlfriend, who committed suicide after the man manipulated her emotions.

Media investigations into courses for "pick-up artists" are linked in the public mind with cases involving men who subjugate women.

According to a report on the Luohu District court case in the Hunan-based Morning Herald, the woman Zhu Qin and the man Li Jun started a relationship in February 2021.

Everything went well at first, until Li began preying on Zhu's emotions. He told her to sever relations with her divorced parents, the report said. Zhu developed a psychological dependence on Li and needed his permission to go out alone. He monitored her movements by mobile GPS and beat her if she disobeyed him.

Last August, Zhu killed herself by jumping out of a window. Police later found messages Li had sent her on WeChat threatening to kill her and urging her to commit suicide.

One year earlier, Bao Li, a Peking University student, died after taking 200 sleeping pills after being subjected to mind control and physical violence from her boyfriend.

A journalist from The Paper digital newspaper did an undercover investigation of a "pick-up artist" course. Videos of the coaching sessions showed instruction in how to dress smartly, take selfies in upmarket settings to post on social platforms and pick up women in bars.

Texts used in the courses cover subjects like how to destroy self-esteem, how to administer emotional abuse, how to fleece women and even how to convince women to kill themselves.

As a last step, the coach of the course recommended "students" sign up for more expensive courses and pay to gain admission to the "fraternity" of successful course graduates.

Authorities have begun cracking down hard on such activities.

In 2019, a man was detained for creating a website that sold illegal "pick-up artist" courses and for disseminating illegal information involving fraud and pornography.

It was cited as the nation's first such criminal case and has led to further arrests.