Cruise companies planning to come back for international trips

However, operators are keeping a watchful eye on the China market, with the recent outbreak starting from Nanjing and the emergence of scattered cases still casting uncertainties.

The good news is that domestic inland cruise tours disrupted for a while have resumed with the gradual elimination of medium- and high-risk areas.

An eight-day trip traveling from Shenzhen in Guangdong Province to Sanya on Hainan Island will be operated on cruise ship China Merchants Idun during the weeklong National Day holiday which begins on October 1.

Shanghai has made great progress and seen soaring growth in the past decade in developing the international cruise economy.

The Wusongkou terminal in northern Baoshan District is the busiest in Asia and the fourth-largest of its kind in the world. It can berth four luxury liners at one time.

Since its opening in October 2011, the terminal has welcomed 2,200 cruise ships carrying over 13 million passengers. All cruise liners operating at the port have been suspended since January 30 last year to curb the spread of the coronavirus outbreak. 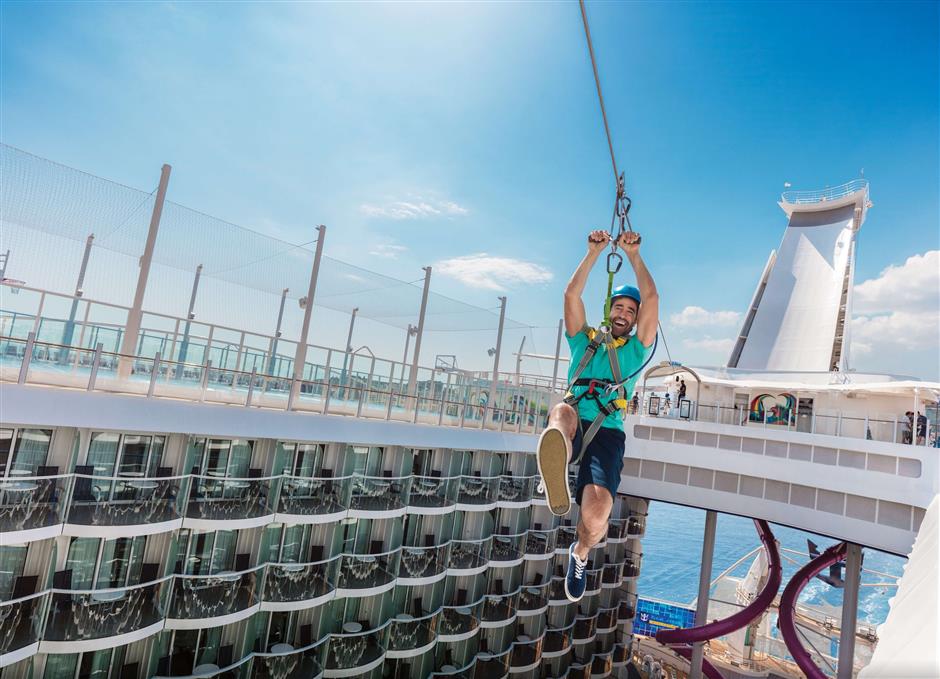 The onboard thrills of a cruise experience

Royal Caribbean China announced earlier that it plans to launch a new deluxe cruise liner, Wonder of the Seas, in Shanghai in 2022, eying the resumption of service in the Chinese market.

With a gross tonnage of 236,857, Wonder of the Seas will be the world's largest cruise ship when completed in Saint-Nazaire, France, and will accommodate almost 7,000 people. It will be delivered in January.

As an alternative and backup solution, Royal Caribbean China said recently it is exploring the possibility of cruise-to-nowhere options. Negotiations with authorities are underway.

The operator has started cruises in Europe, Singapore and the United States. Recently, it also announced it will be sailing its full fleet of 25 world-class cruise ships once again by the spring of 2022.

In October, Spectrum of the Seas will resume sailings from Hong Kong in the cruise-to-nowhere style, the first Royal Caribbean cruise ship to resume operations in China.

"We can see that the demand is very strong," said Bert Hernandez, president of Royal Caribbean International China.

"Quantum of the Seas has resumed in Singapore since last December in the way of cruise-to-nowhere. Till now, it has welcomed nearly 100,000 guests onboard safely. What we see in Singapore is hopefully the model that we want to introduce to China before the world reopens," he said.

He admitted that "it's very complicated to restart a cruise ship once it has been dormant for a year."

"All crew members have been fully quarantined, vaccinated and gone through rounds of tests before conducting their duties," he said.

"Royal Caribbean has implemented layers of health protocols such as vaccine and testing requirements, enhanced cleaning and sanitation to safeguard the well-being of all guests, crew members and communities at each port of call." 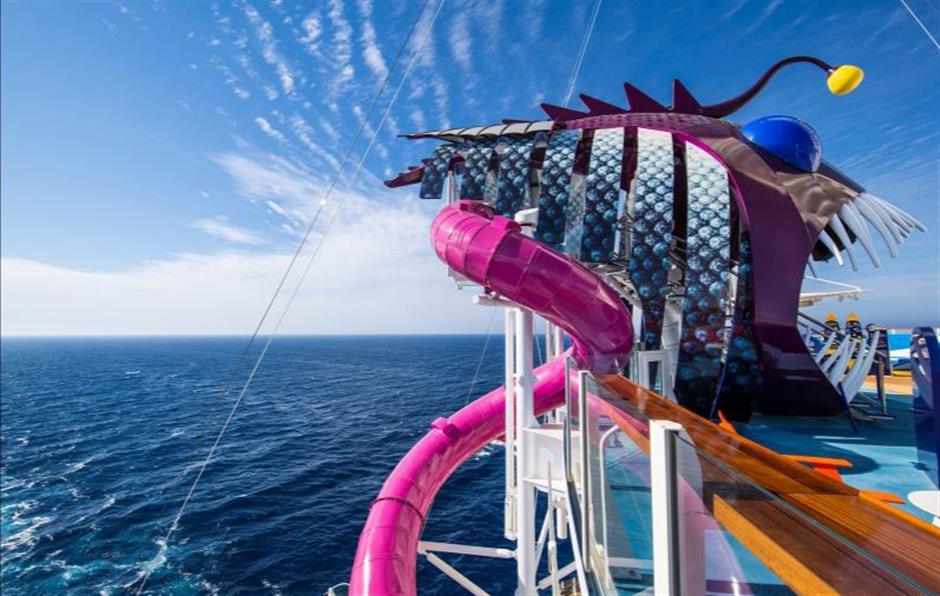 COVID-19 has delivered a huge blow to the tourism market and the cruise industry has been hit most severely.

But Hernandez said China is still an important market for the company and has strong long-term potential.

"The launch of Wonder of the Seas is the result of years of joint efforts made by this market. We're looking to the day that Wonder will sail out from Shanghai safely," he added.

"Research shows that people are very interested in getting back on cruise trips. Obviously, there was a period of hesitation, and now it's becoming far less hesitant. Once the cruises resume, we expect that consumer confidence will bounce up."

Because of the summer vacation, the domestic cruise market had a booming start.

Shanghai-based online travel operator Trip.com said a Yangtze River chartered ship cruise tour it organized in late June had all 378 seats reserved one week prior to its departure.

Booking orders for Yangtze River cruise trips around mid-July have resumed to levels of 2019, and some routes had even better performance than that, according to Trip.com.

Travel operators such as Trip.com said they are fully prepared for the resumption of international cruise tours.

Many cruise companies have expressed hopes to restore operations as soon as possible, officials said.

"The pandemic has had a great impact on the world's cruise line industry, but this has been a temporary setback and doesn't change the long-term positive trends for the sector," said an official in Baoshan District.

Wonder of the Seas

Experts called for solutions dealing with virus prevention and relevant issues on domestic cruise operations in a recent seminar.

"Temporary measures and regulations for new operation modes such as cruise-to-nowhere and inland river cruise tours should be released by city authorities during this special period," said Li Xiaonian, director of the Maritime Silk Road Research Center of Shanghai Academy of Social Sciences.

"Much more than just relying on cruise companies, an efficient plan amid the pandemic should especially focus on the industry chain," Zhao said.

He suggested that a system of shared risks which involves a shared insurance claims system for cruise firms and home ports should be established quickly.

Experts also called for the early establishment of a prevention and control system for the cruise industry chain to boost recovery of the market.