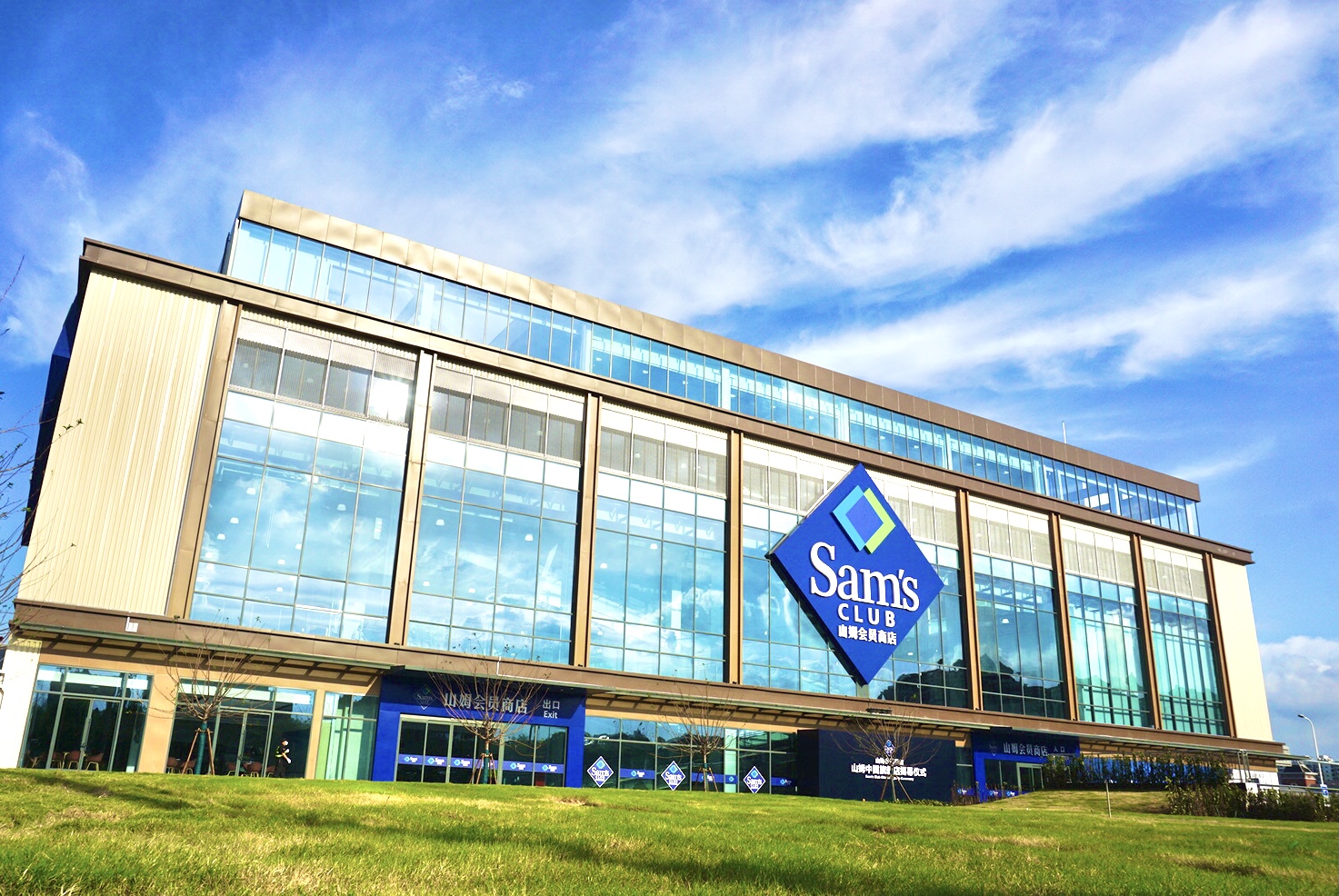 Consumer brands are encouraged by the favorable shopping sentiment, while the China International Import Expo continues to be an important window for brand debuts.

Shiseido's luxury brand THE GINZA opened its first China boutique store at the Shanghai IFC Mall in September, after making an appearance at last year's CIIE.

The first outside of its home market Japan, it is underpinned by evolving demand for new skincare offerings and a upbeat shopping environment. 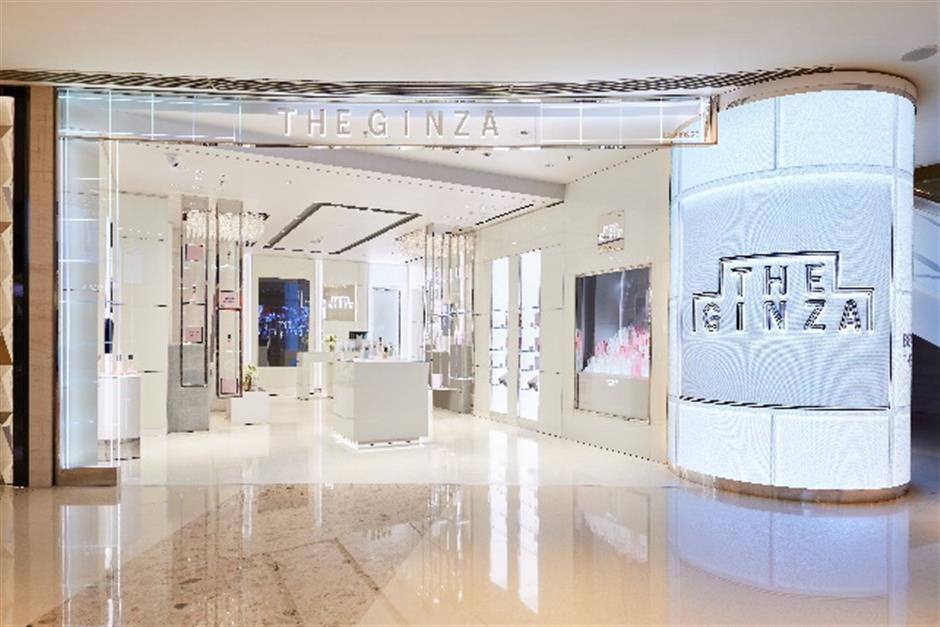 Shiseido's luxury brand THE GINZA opened its first China boutique store at the Shanghai IFC Mall in September, after making an appearance at last year's CIIE.

L'Oréal Group's Valentino Beauty, which also came to China for the first time through the CIIE, opened its online flagship store on Tmall in July showcasing its couture makeup segment.

Retailers are taking note of the booming beauty and skincare sector, which recorded a 9.5 percent annual sales increase last year, against an overall drop of 3.9 percent for consumer goods spending.

In the first half of this year, a total of 513 brands and retailers made their debut in Shanghai and the number of debut stores and flagship stores continued to rank first among domestic cities.

About 15 percent of these openings are by overseas brands with Japan, USA, France and South Korea the top countries.

The total of new store openings is expected to hit 1,000 by the end of this year, as Shanghai gears up to become a global trendsetter for consumption and a prime destination for global debuts.

Shanghai is already home to the headquarters of about 60 multinational skincare and beauty products, and has also attracted research facilities of different size and functions.

The Shanghai Commission of Commerce has set a goal for retail sales of consumer goods in the city to reach more than 1.8 trillion yuan (US$277 billion) a year by 2023, while the turnover of online shopping is expected to top 1.6 trillion yuan.

Shanghai's latest action plan aims to accelerate the development of the international consumption hub, a significant part of the city's efforts to transform the economic growth pattern and answer people's aspirations for a better life. 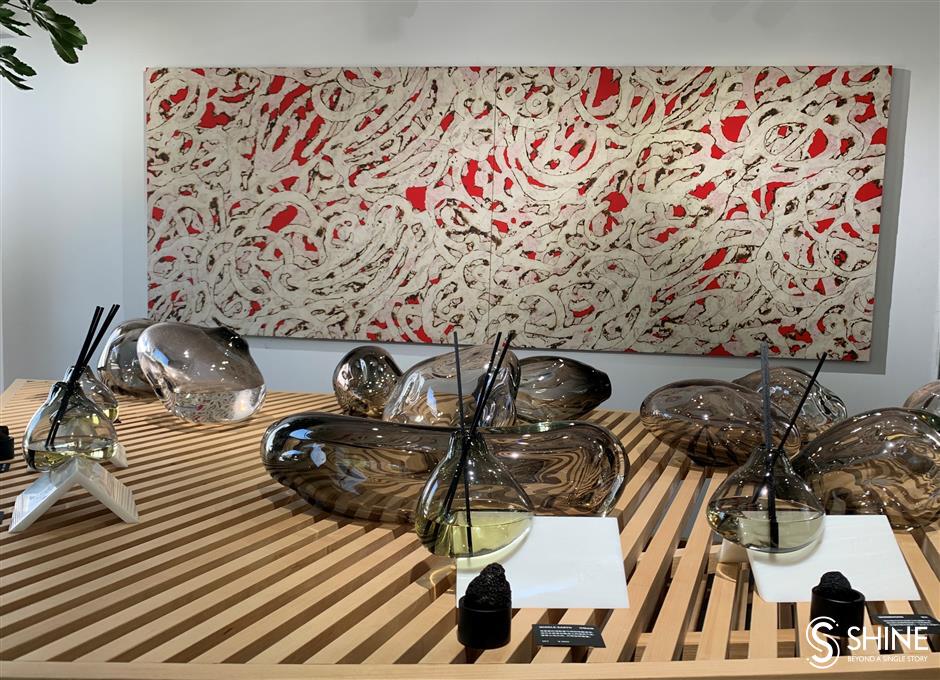 Tamburins' perfumes are seen in display in Shanghai. Previously only available through overseas shopping sites and online stores, they are now showcased at the latest HAUS Shanghai shopping and art space on Huaihai Road Middle.

Fashion and alternative shopping experience seekers will be thrilled to read that the first Tamburins physical store is now open at the latest HAUS Shanghai shopping and art space on Huaihai Road M.

Tamburins' handcreams and perfumes were previously only available through overseas shopping sites and online stores.

The four-story building on Huaihai Road M. is the new home to the concept store, the first of its kind outside its home country South Korea, that brings art installations, cyberspace decorative elements, food and beverage as well as fashion apparel under one roof.

Apart from the Gentle Monster eyeware lines, it will also host the first Tamburins Flagship store in the country and NUDAKE desert and beverage offering on the ground floor.

The company credits the city reputation as an international hub for fashion design as an important factor for the establishment of the new store.

"Haus Shanghai is a bold trial for next generation retail space, and China remains a very important market for us," added Hankook Kim, founder and chief executive officer of Gentle Monster.

Alibaba's cross-border import sector Tmall Global has seen more than 200 import fragrance and perfume new brands launch their online market presence in the past year, with sales surging more than 70 percent. Accumulative sales of salon perfume since the beginning of this year has more than doubled.

According to a latest Mintel study, fragrance spending in China is set to grow 17 percent annually and reach 15.4 billion yuan sales by 2025.

Deputy research director of China beauty and personal care at Mintel, Li Yumei, said fragrance has been an essential category to respond to consumers' emotional demands and to reflect individual taste.

"Brands are using as many sensory formats as visual and audio to appeal to shoppers," she noted. 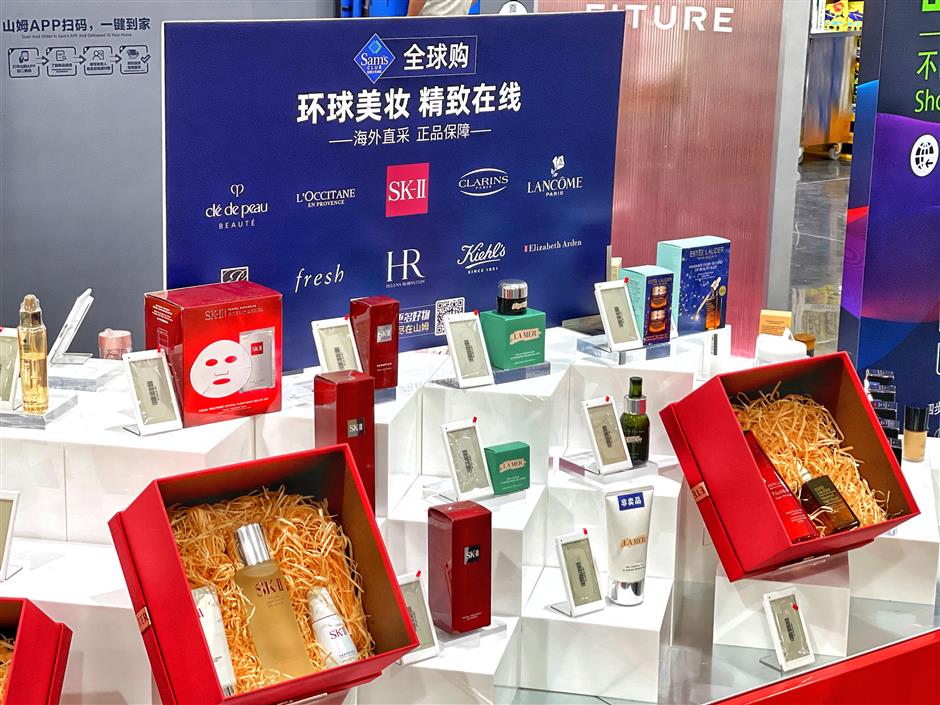 Skin-care products are displayed at the newly opened Sam's Club in the Pudong New Area, which was the largest in the world in terms of floor space.

The opening of a flagship Sam's Club store in the Pudong New Area is the latest testament to Shanghai's fast adoption of new retail formats. Local authorities have also actively responded to link consumers' demand for new shopping experience and retailers' original offerings.

The 70,000 square meter complex hosts the world's biggest Sam's Club in terms of single floor space, and it also has the largest dining bar area for Sam's Club in China.

It took only 16 months from the start of construction to the official unveiling of the membership-fee-based store, which normally needs two to three years.

The flagship store is hosting more than 100 products that are available for Chinese shoppers for the first time. It will be a testing ground for original products and also offers the latest interactive occasions for shoppers.

Miles noted: "A spacious shopping area, rich experience and rich events are important factors for us when setting up a physical presence".