Pushing the boundaries of microsatellite technology 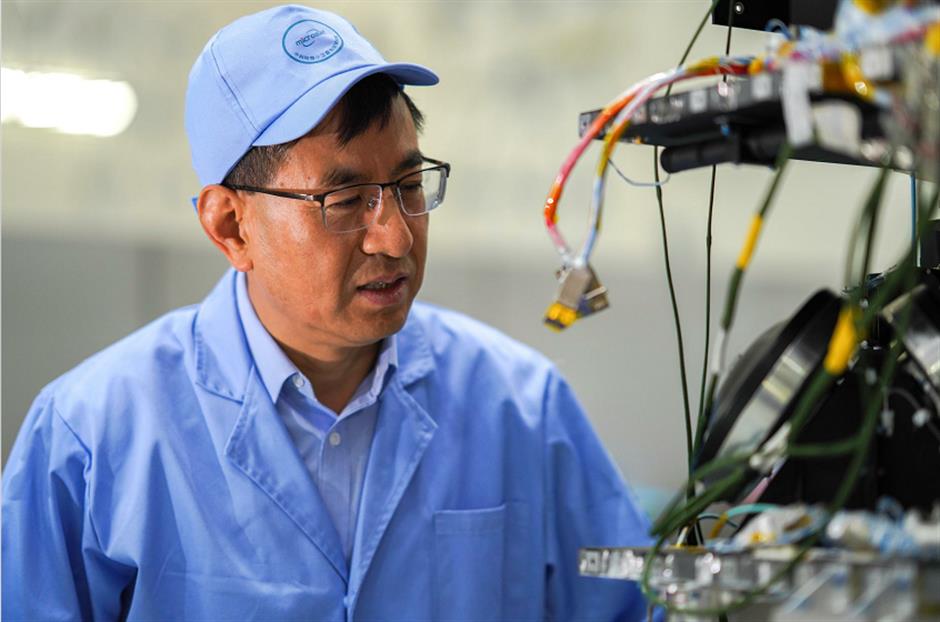 In recognition of his contributions, Zhu Zhencai is among 10 people who were honored among this year's "most beautiful scientific and technological workers" in Shanghai.

Extensive travel back and forth from Shanghai to Shanxi has hardened him and at the same time strengthened his resolve regarding microsatellite design.

Like many others, he vacillated between working in the corporate sector and pursuing scientific research. But he didn't hesitate for long before he plunged into the realm of science. He has a nose for scientific wonders.

"Today, we are not just developing microsatellites to cater to the needs of national defense or economic interests. Scientific research is for the betterment of mankind. It helps us have a better understanding of human beings and the whole universe," he said.

He described today as "quite a good time to be born" for scientific researchers. "To our peers in the past, they would say it's remarkable to have designed just one or two satellites in their careers. Nowadays, we can make one in just two to three years," he said.

To date, the Innovation Academy for Microsatellites of the Chinese Academy of Sciences (IAMCAS), based in Zhangjiang in the Pudong New Area, has sent 72 satellites into space, mostly led by Zhu.

In recognition of his contributions, he was among 10 people who were honored among this year's listing of the "most beautiful scientific and technological workers" in Shanghai.

Satellites are largely categorized into three types by weights: microsatellites under 0.5 tons, small satellites from 0.5 to 1 ton, and large satellites over 1 ton.

Back then, the 34-year-old Zhu had risen to prominence in the realm of optoelectronic information technology. He received his undergraduate degree in precision instrumentation at Tsinghua University, and earned his doctoral degree in optoelectronics at Zhejiang University.

He remembers that when he was examining optoelectronic machines, he was suddenly compelled to take part in the microsatellite program.

"I learnt about optical devices, which are just payloads of satellites. Aerospace is much more difficult, but microsatellites lowers the threshold," he said. "This is a new field where I can be challenged and for me to serve my best interest."

At that time, all of the team members were novices in the realm of satellites. Due to their lack of hands-on experience, they tried to figure out how to make a microsatellite just from basic theoretical principles.

Even after extensive research and formula derivation, Zhu was still lost. So he wrote a long list of questions and visited experts in the aerospace field. "I was determined to find a solution," he said.

He found it, eventually. Chuangxin-1 was sent into space in October 2003, becoming the country's first satellite weighing less than 100kg. 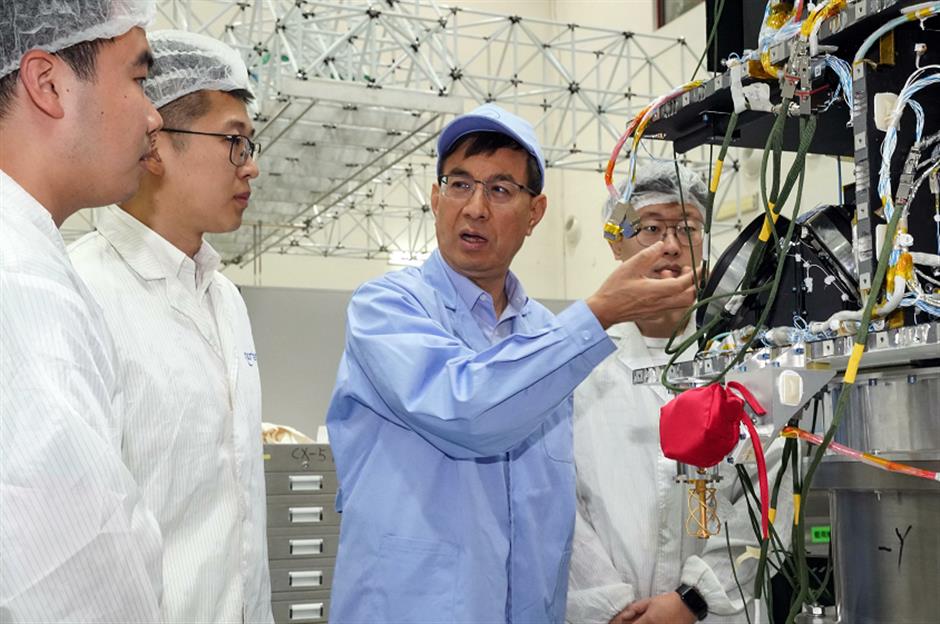 Zhu could have never imagined that his accidental transition from optical devices to microsatellites would turn out to be the right path. After Chuangxin-1, he developed a companion satellite to circle the manned spacecraft Shenzhou-7, and it captured the first picture of the Shenzhou spaceship flying in space.

"Our job was to design a small satellite weighing about 40 kilograms to circle the spaceship to capture images of the ship with its on-board cameras. It serves not only as a technical advancement to achieve companion flight, but also as an escort to monitor the safety of the astronauts," Zhu said.

It was the first time a Li-ion battery had been used in a companion satellite in space. To ensure its safety, Zhu and his colleagues conducted countless experiments, once even blowing it up in the laboratory. Their efforts paid off, and now Li-ion batteries are widely used in spacecrafts in China.

"We turned the theories into reality," Zhu said.

In 2011, China launched a program to send satellites into space for major scientific discoveries. They included the first dark matter detection satellite Wukong, or Monkey King.

Among dark matter particle detection satellites, Wukong has the best detector and the most intricate design. Experts said the detector has to be equipped with about 80,000 signal dictating pathways, meaning that the effective payload of the satellite weighs no less than 1.2 tons.

Traditionally, payloads take 30 percent of a satellite's total weight. So, experts estimated that Wukong should have weighed 3 tons.

However, the heavier the satellite is, the more it costs.

Facing this dilemma, everyone hesitated, except Zhu.

"We started with Chuangxin-1, and we succeeded with our first attempt. There is no reason to back off this time," he said. "Let's start from the draft again and make it work. I'll lead."

After years of laborious hypothesizing and experimentation, his team managed to lower the weight of Wukong to 1.9 tons, while also curtailing the expenses for the carriage rocket to tens of millions of yuan.

Wukong was sent into space in December 2015, helping scientists lift the "cloak of invisibility" from dark matter. In the 18 months following its launch, it captured the world's most precise high-energy cosmic ray influx in space.

Wukong was originally designed with a lifespan of 3 years. Now, after over 5 years in space, 2 years beyond its expected lifespan, it is still working properly in orbit. Its findings on dark matter and electronic rays mark China's transitional role in dark matter exploration – from "shadowing" to "leading." 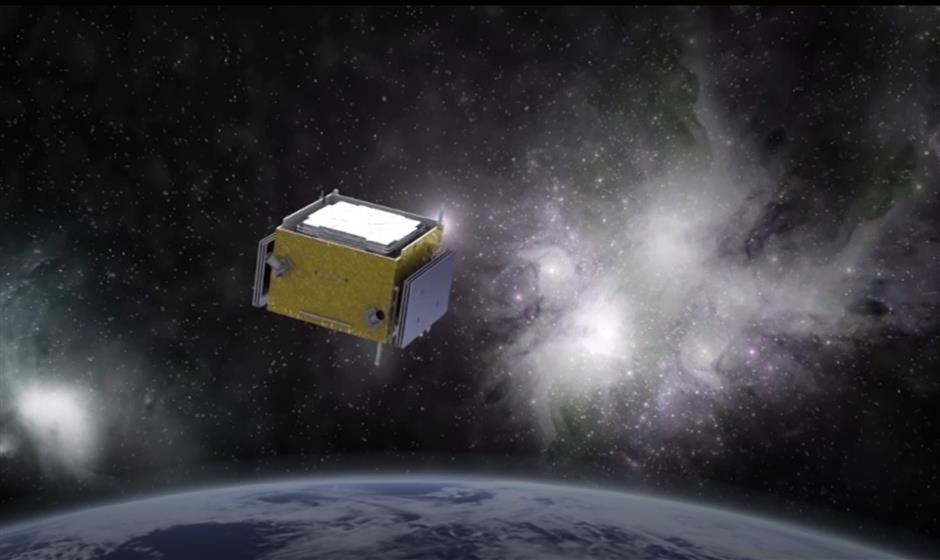 "Don't forget to look up to the stars, but we must take it step by step." Zhu says this frequently, and he lives by his words.

He comes to the office very early and stays late. He even maintains his personal parking spot at the IAMCAS, since it is routine for him to park his car in the same spot day after day.

Zhu is also called the "central cylinder." The central cylinder is the primary supporting part of a satellite. He got this nickname for his constant and eminent presence on the team. His members jokingly said that "even meals are more delicious when he's around."

Back in 2011, there were only about 200 members, but now the number has tripled or quadrupled.

"We were just worried about whether or not we could make it in the very beginning. Now, we hope to make something catering to domestic and international needs," he said.

According to Zhu, they are focusing more on projects that can have a significant impact on this field in the next five to 10 years.

"I reach the stars step by step," he said. "I'll never forget that stars can only be reached one step at a time."

(Yan Jiayin contributes to this story.)