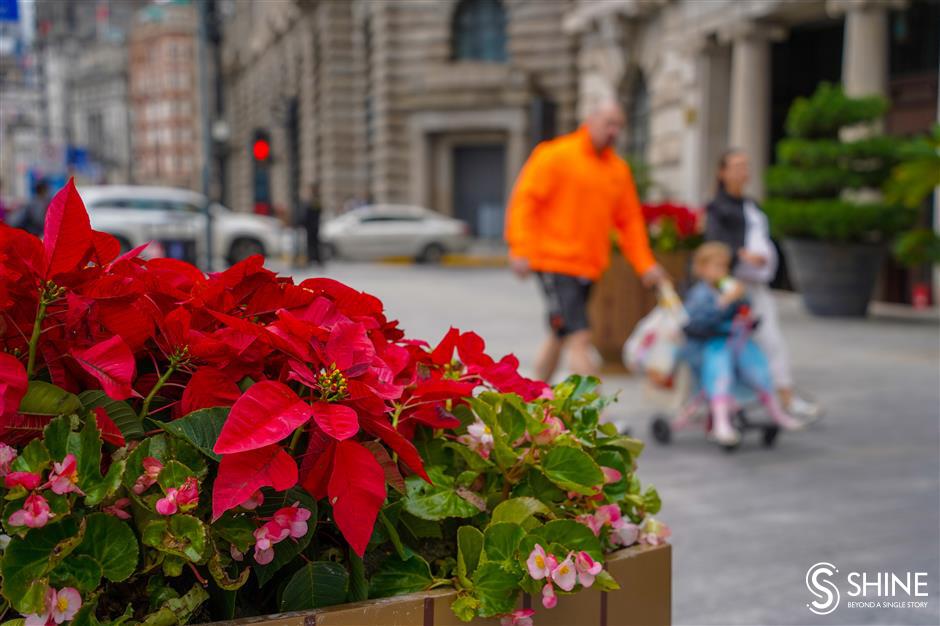 Flowers in full bloom on the Bund. 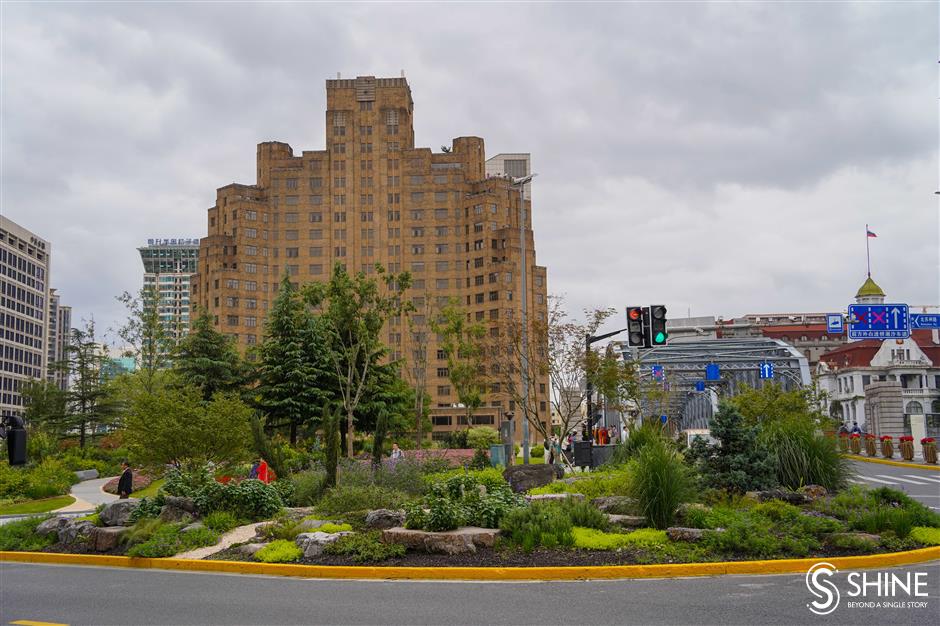 A floral landscape on the Bund.

Shanghai will become a floral city during the upcoming China International Import Expo.

Flowers will bloom at 175 landscapes across the city, according to the Shanghai Greenery and Public Sanitation Bureau.

There will be 118 floral streets, and some marginal areas such as those along the elevated roads will also be colored and beautified by flowers.

Behind the scenes is the hard work of the city's gardening staff.

Bushes and other greenery are included as well. 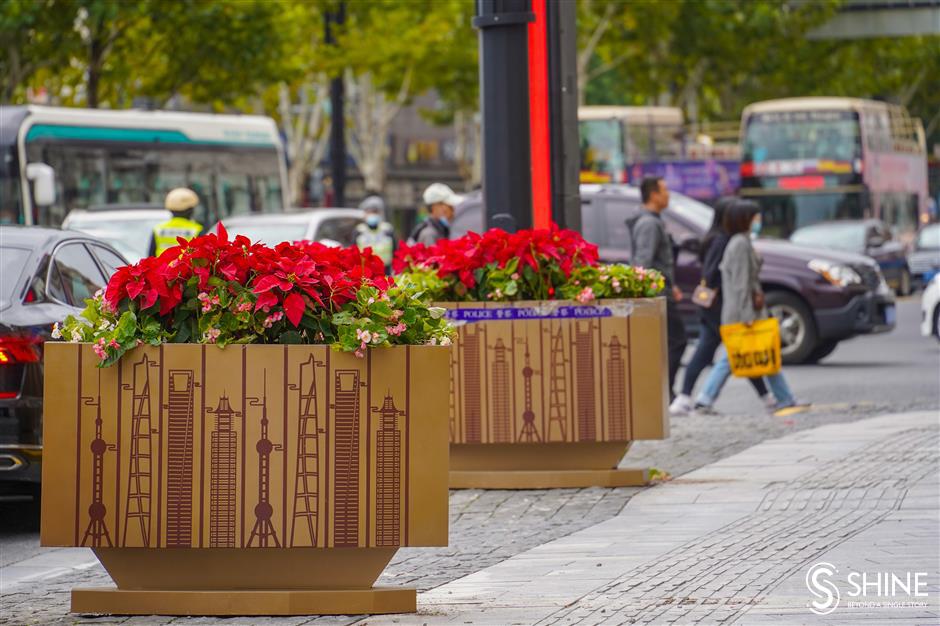 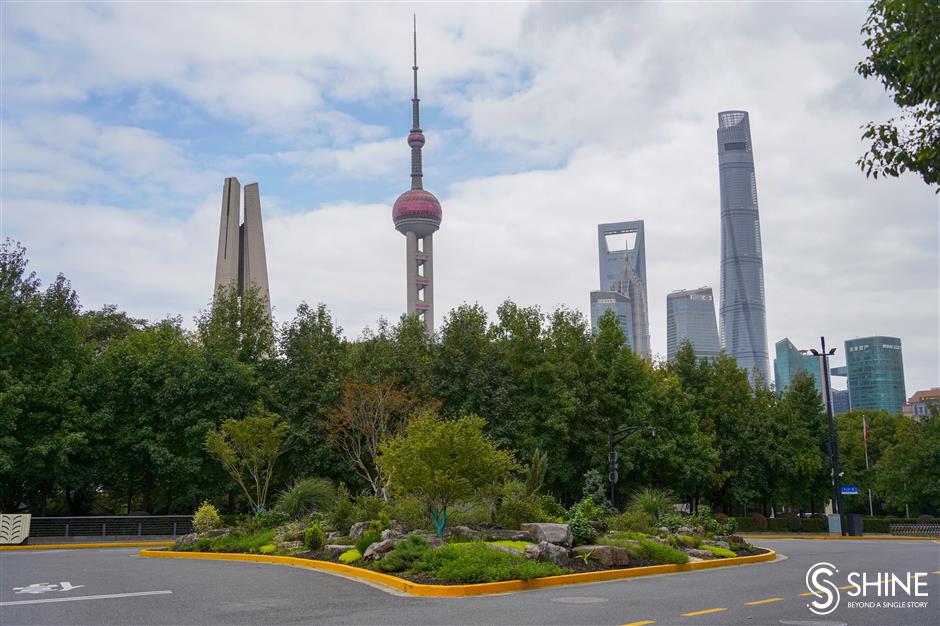 A green landscape in downtown Shanghai.

"They expect that flowers can be seen in the city all year long instead of seasonal scenery."

Refined cleaning is also imposed to create a tidy environment for CIIE.

Some special tools are used on major streets in the city such as People's Avenue, Zhongshan Road E1 and Yan'an Road E as "secret weapons."

Sweeping machines imported from Italy targeting large pieces of trash, vacuum sweepers that can even tackle tiny particles such as PM2.5, road sprinklers, high pressure flushers and ground washing machines introduced from the United States are being used.

The purifying rate of common street garbage plus PM2.5 can reach over 97 percent under the combined cleaning efforts.

The combined use of these tools cuts the cleaning time to half an hour compared with traditional means, which usually takes more than one hour, the Shanghai Greenery and Public Sanitation Bureau said.

By the end of August, 6,969 faulty outdoor advertisement signboards across the city had been fixed.

And 110 public toilets had been built or upgraded.

More than 910,000 square meters of green spaces had been created.

All these efforts have significantly improved the city's environment, the bureau said.