Adventurer Wang Longxiang, a Shanghai native, completed his latest trek – consummating a 13,000-kilometer journey through seven provinces during which he traversed Lop Nur in the Xinjiang Uygur Autonomous Region on a made-in-China motorcycle.

Wang's previous visit to Lop Nur was two decades ago when he became the first man to ride a motorcycle across the Taklimakan Desert and Lop Nur in 2002 and achieved a Guinness World Record. 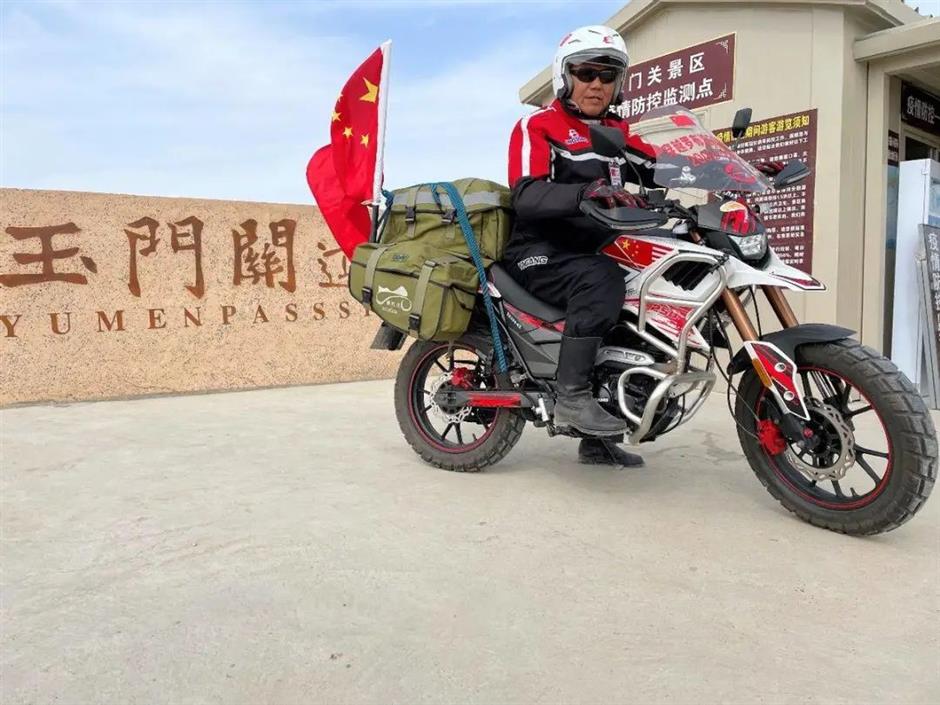 Wang Longxiang riding at the Yumenguan Pass of the Great Wall

Repeating the legendary and dangerous trip after 20 years, the 64-year-old said the latest effort was to commemorate the first challenge and to pay tribute to another two Shanghai-based challengers Peng Jiamu (1925-1980) and Yu Chunshun (1951-1996).

Peng, a scientist, disappeared while doing research in the Lop Nur, a no man's land, in 1980 and was never found. Sixteen years later, Yu, an explorer, died of dehydration while trying to traverse Lop Nur on foot. 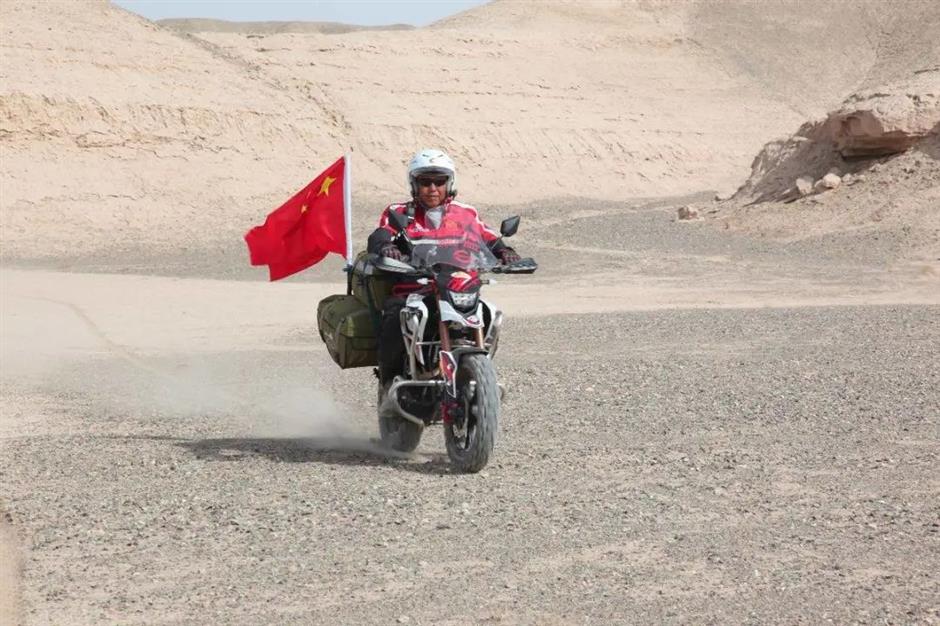 Lop Nur, a Mongolian name meaning Lop Lake, is a former salt lake that is now largely dried up. It is located on the eastern fringe of the Tarim Basin between the Taklimakan and Kumtag deserts in the southeastern portion of Xinjiang. The area is known for its harsh natural environment.

China established the Lop Nur Nuclear Test Base in 1959. The first Chinese nuclear bomb test occurred at Lop Nur in 1964, which enhanced the country's international status.

Wang said the achievement was also one of the reasons he decided to explore the mysterious area. 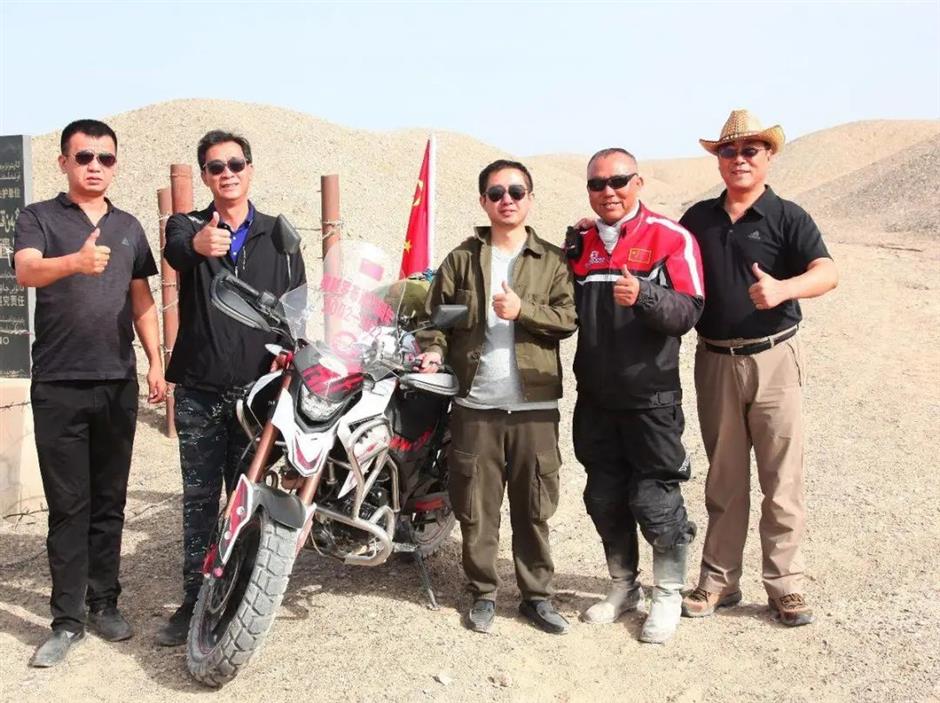 Wang (second from right) poses for a picture with his friends in Lop Nur.

His latest trek started from Shanghai on September 8. He crossed 30 cities in seven provinces and traversed Lop Nur in the opposite direction from 20 years ago – entering the area from Yumenguan in Dunhuang, Gansu Province, and exiting from Xinjiang's Weili County. He returned to Shanghai on October 17. A welcoming ceremony was held in Jiading District.

"Mentally, I feel less burdened this time," said Wang. "I already knew about the challenge of its natural condition from the first trip. This second trip was like paying a visit to an old friend."

He added, "I also witnessed a lot of changes and development in the area this time, including improved infrastructure and facilities, as well as an increased number of hotels and restaurants, which helped to make the trip easier compared to 20 years ago."