Shells and bones capture slice of life of an abandoned capital People visit the museum of Yinxu, or the Yin Ruins, one of China's oldest archeological sites, in Anyang, central China's Henan Province.

Yinxu, or the ruins of a capital city of the late Shang Dynasty (c 1600-1100 BC), became the first capital that has been documented and then substantiated by archeological findings.

Prior to this, there was disagreement among scholars as to the existence of the dynasty.

According to records, the Shang Dynasty relocated their capital multiple times. Some blamed this on the flooding of the Yellow River, and internecine feuds. The last capital for the dynasty, Yin, was located in northernmost Henan Province near the modern city of Anyang, bordering Hebei and Shanxi provinces. According to Shang Shu (The Book of History), King Pan Geng moved the capital from present-day Qufu, in Shandong, to Yin, after overcoming strong resistance from aristocrats and the people.

After Shang was overthrown and replaced by the Zhou Dynasty (c. 1100-221 BC), which established its capital at what was near modern-day Xi'an, Shaanxi, and after a failed coup, Yin was abandoned and forgotten until the final years of the Qing Dynasty (1644-1911), when a growing population repopulated the Xiaotun Village in Anyang.

Peasants occasionally dug up fragments of jiagu, or shells and bones, while they were tilling. The scripts on the oracle bones excavated from Yinxu are among the most ancient Chinese characters discovered so far.

At first such shells and bones were believed to be longgu (dragon bones) with therapeutic potency, until a scholar named Wang Yirong in Beijing, of an archeologist cast of mind, concluded that the strange carvings on these articles could be samples of an ancient form of Chinese writing that was even earlier than the characters in the Han Dynasty (206 BC-AD 220).

There was a breakthrough in 1917 when Wang Guowei (1877-1927) managed to decipher the names of a number of Shang Dynasty kings, and construct a complete Shang genealogy. This confirmed the authenticity of Sima Qian's relevant description in "The Records of the Historian."

There have been older forms of writing systems found elsewhere in the world, but the one remarkable thing about the Chinese writing system is its uninterrupted currency, with at least 1,000 modern Chinese characters still bearing resemblance to their carved counterparts on shells and bones. 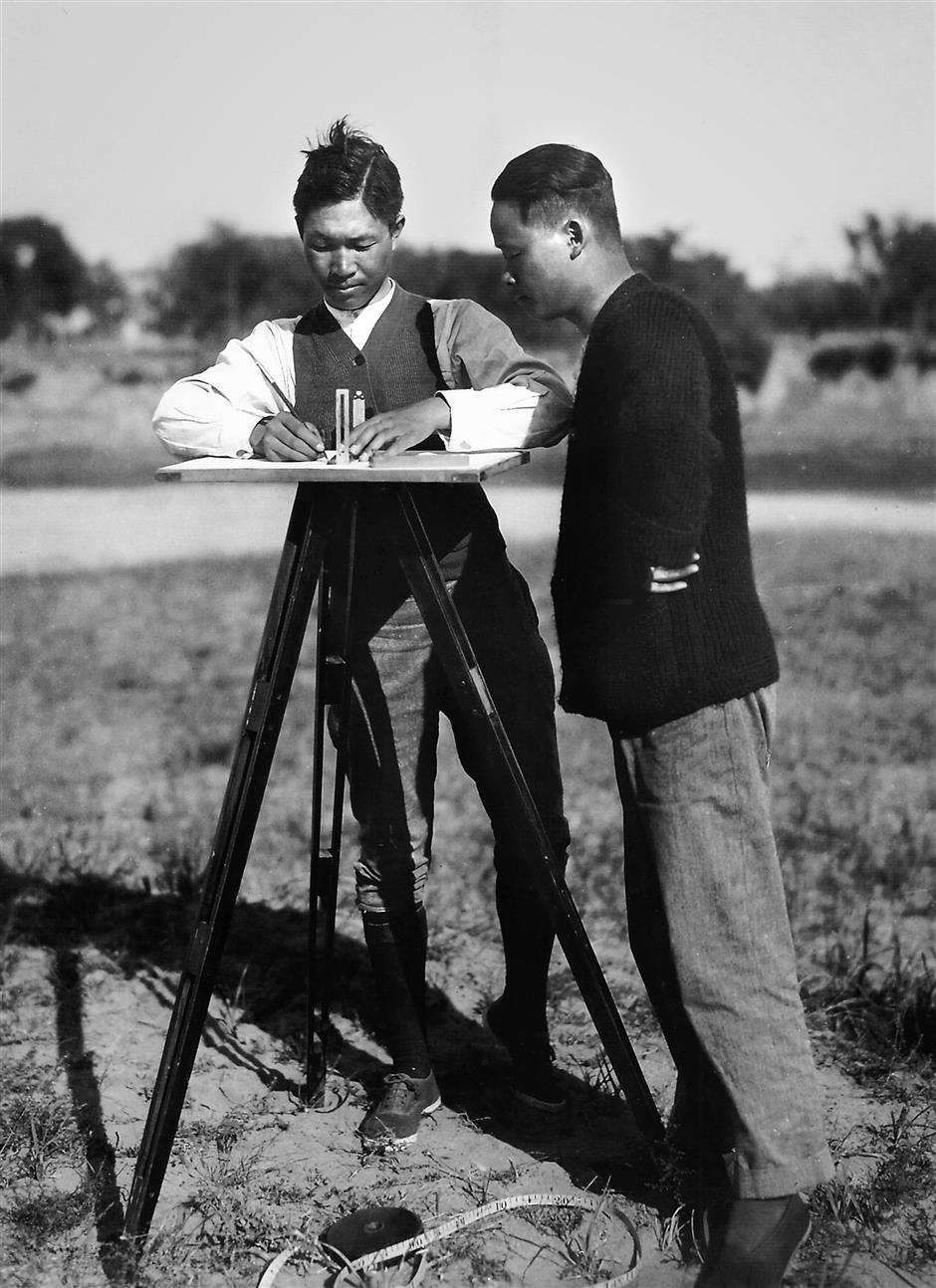 A file photo of archeologists Dong Zuobin (right) and Li Chunyu working at the first excavation of Yinxu.

In 1928 archeologist Dong Zuobin was sent to Anyang, and he confirmed the place to be the source of the oracle shells and bones. Excavations at the site continue to this day.

Those carved characters on shells and bones were used in divination, with jia referring to tortoise shells (mostly the shell on the underside), and gu suggesting ox scapulas. When used for divination, small holes would be first drilled onto the objects, and then heated on fire. Cracks will emerge, which would be then interpreted as signs of good or bad omens.

The Yins tended to consult oracle in all matters of importance they were about to engage: Sacrificial offerings, hunting, war, whether the next ten days would be auspicious, or if there would be rain soon – a huge number of divinations concerned harvest.

A complete set of divination will consist of: Its time; identity of he/she who summons the divination; the divined question, and the reply. All would be inscribed onto the shells or bones.

Actually the Chinese character for divination, or bu, is telltale, made up of two cracks lying at an angle with each other. The divination occurred mostly in palaces and temples, and after the divination, the shells and bones would be consigned to the pits nearby.

One of the largest and oldest sites in China's modern archeological explorations, excavations here have laid the foundation for later work across the country. A long-handled ax, a weapon believed to be of Fu Hao, at the museum in Anyang. Fu was the wife of King Wu Ding, who led the Shang Dynasty to its zenith. Her tomb, discovered in 1976 near Anyang, is the only tomb of a member of the royal family of the Shang Dynasty to have remained intact. Characters on an artifact unearthed in Fu Hao's tomb at the museum in Anyang.

Other relics unearthed at the site, chiefly bronze and jade, also testified to the artisan sophistication of the period.

The event is a milestone in terms of the rise of modern archeology, combining as it did traditional epigraphy, the study of inscriptions on ancient bronzes and stone tablets, and Western archeological field studies.

The excavations also proved to be crucible of archeological talent, turning out some of the most accomplished archeologists, among whom are Li Ji, Dong Zuobin, Liang Siyong, Yin Da, and Xia Nai.

The findings also provide a timely antidote to historical scepticism prevailing during the early 20th century about the earliest Chinese historical documents. With the Shang Dynasty established archeologically, there ensued similar efforts for the Xia Dynasty (c. 2100-1600 BC), which preceded Shang. First round of excavations: 1928