Trade with China a boon for developing nations, despite politicization and scaremongering 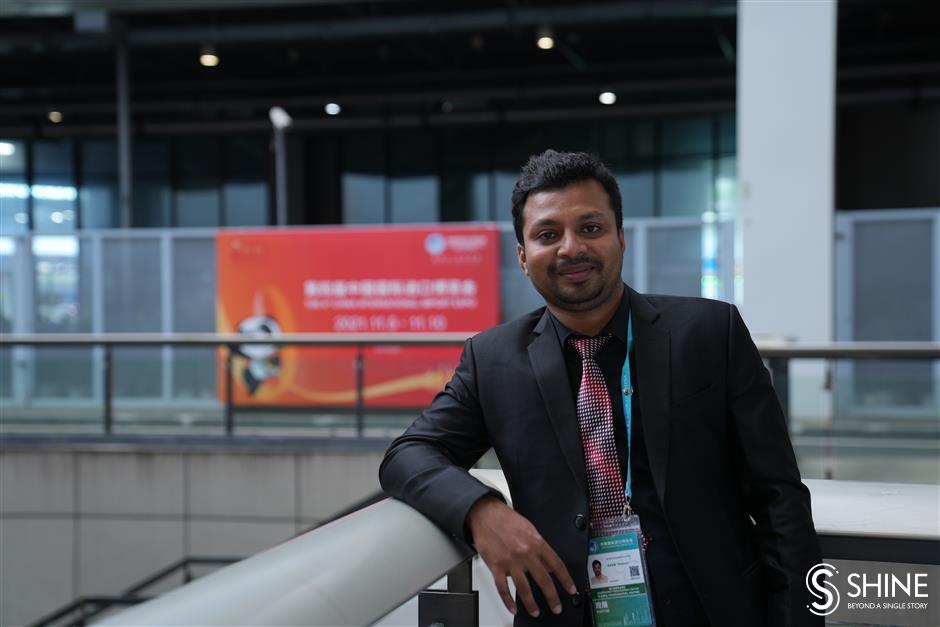 Mohammad Saiyedul Islam from Bangladesh, a doctoral student studying international trade who has been living in China for three years.

Mohammad Saiyedul Islam first came to China as a master's student in 2018. He's from Bangladesh, and was the recipient of a Chinese scholarship which allowed him to move here and further his education in international trade.

Now he already calls this place his second home and, while still a student, has become the China correspondent for numerous media outlets back in his home country. He's also just opened his own company aiming to trade between the two countries.

Bangladesh is a developing country in South Asia, landlocked almost completely by India with a part of the border connecting to Myanmar. It's relatively small, covering just 148,560 square kilometers – for reference, that's about 1.6 times smaller than the UK.

But despite its small geographical size, Bangladesh is the eighth most populous nation in the world, with 160 million citizens.

"It's a very beautiful and green country based on agriculture," he told me at the CIIE site. "There are good prospects and a future in my country, I think."

As some governments around the world work to politicize international trade and limit cooperation with certain countries based on ideological lines, Mohammad is hoping the world will continue to work together, allowing joint prosperity for all. And that includes trade with China.

This year there are three Bangladeshi companies at the CIIE among the nearly 3,000 participants from 127 countries and regions around the world.

"My country is a developing country, and mostly we import goods from China so there is a trade imbalance, so if we can do more export to China it would bring a balance which could help my country to become more developed and help our GDP increase also," he said. 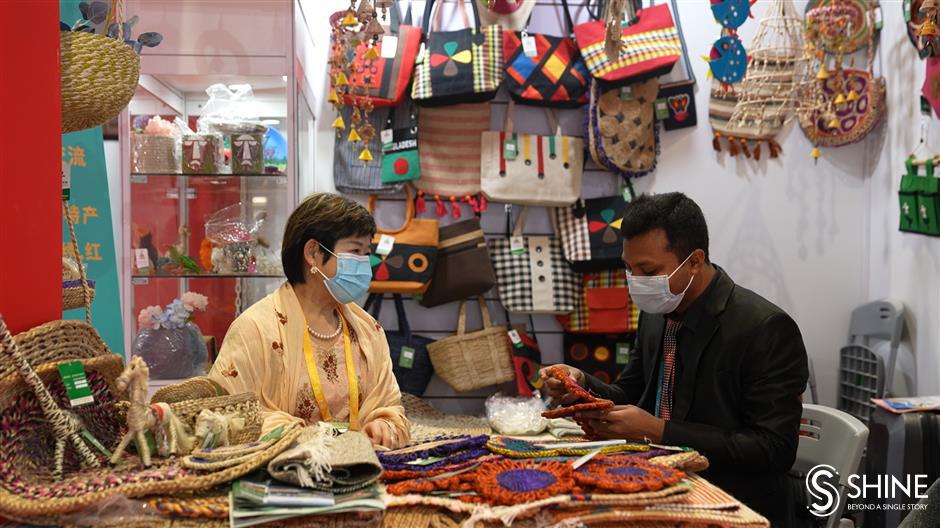 Mohammad Saiyedul Islam (right) visits Dada Bangla, one of three stalls from Bangladesh at the CIIE this year.

Last year, the GDP per capita in Bangladesh was just US$1,969, but it is growing quickly year-on-year, in part thanks to international trade. Last year that growth sat around 6 percent.

What China is doing with the import expo is unique and valuable, Mohammad said. "Here you can promote, you can explore, you expand your goods to the huge Chinese market."

Mohammad said that he has found, as China has developed at an astronomical pace of the past 40 years since reform and opening up began under Deng Xiaoping in 1978, so too have the living standards and expectations of ordinary Chinese people.

"China has 1.4 billion people, and their standard of living is very high," he explained. "Chinese people are very much interested in imported products, and I think in order to promote our country's goods and our country's products in China, the CIIE is a really good platform."

He believes that trade and shared prosperity are key to making the world a much friendlier, much safer place for everyone.

"If countries work together and share their opportunities with others, the business environment will become more friendly and both countries will receive benefits from globalization," he added. "It's a win-win." 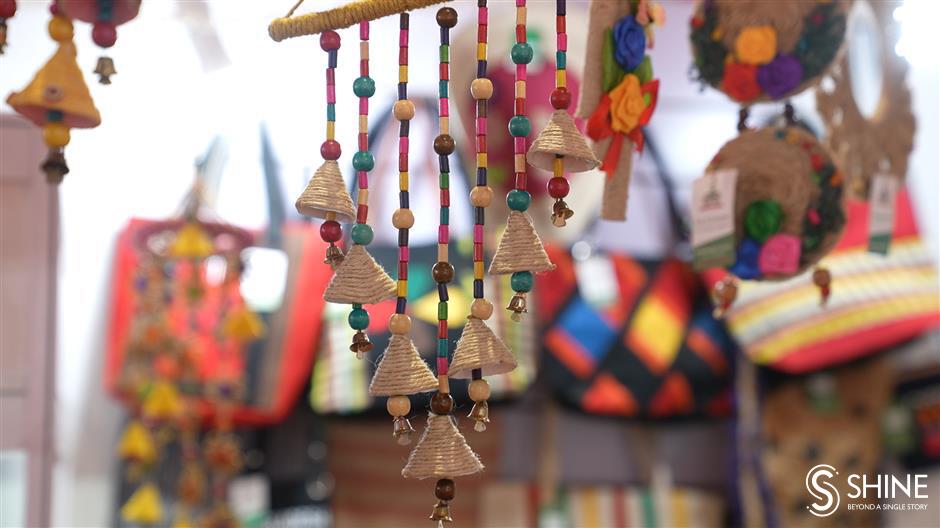 Some of the traditional Bangladeshi handicrafts on display.

Despite still being a doctoral student, Mohammad finds the time to research and write numerous news articles for the media back home.

"When I came to China I didn't find many other Bangladeshi people doing journalism here, so as I have experience I started writing to make a better relationship between China and Bangladesh," he told me. "Journalism is a way to perform cultural exchange and also to make better relationships, to share information, to share opportunities, so that's why I started."

He writes in Bengali as well as English, which helps to give his articles an even wider readership.

"I have written many articles about China and Bangladesh and the relationship as well as future prospects, future trading relationships. But it's not my profession, it's my passion."

Mohammad is aware that many around the world hold misunderstandings about China, and that some are worried about trade with the country as well as its growing influence in the world.

"I think those people don't know China, they don't understand it," he argued. "China is a good country, they are cooperating, helping and supporting other countries, especially developing countries."

The world is interconnected and every country is reliant on others, he said, and he thinks that is a good thing.

"During the pandemic we all got panicked, especially business people, and most things shut down during that time," Mohammad recalled. "China didn't stop supplying raw materials to my country, China kept up the supply."

"China is Bangladesh's largest trading partner, and if they decided to stop sending raw materials I think most of the factories in my country would not be able to produce their goods," he added. "We are not independent, we are dependent on each other. We have to share, we have to cooperate in order to make the world more peaceful."