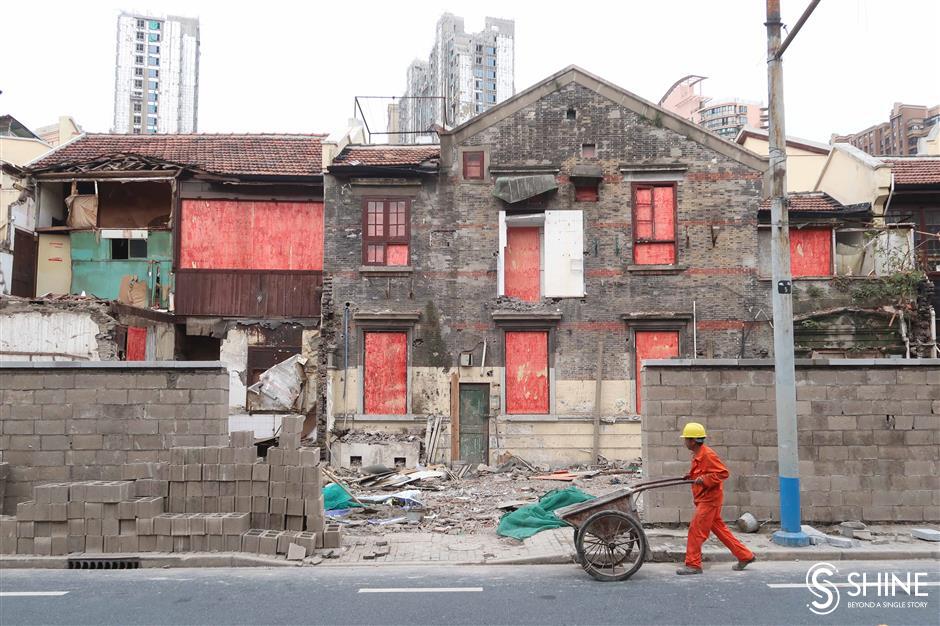 An old residential community on Shunchang Road in Huangpu District where inhabitants have been relocated.

It is an advanced completion of the target set for the end of 2021.

The city finished renovating 727,000 square meters of old residential communities in poor condition by the end of October, according to the city's Housing and Urban-Rural Development Commission. Many structures have been preserved to restore the city's traditional ambiance.

According to the plan, all large-scale dilapidated residential houses in downtown will be renovated, or residents relocated, by 2022.

"The jiugai campaign is related to the well-being of citizens and the long-term development of Shanghai," said Yao Kai, director of the commission.

Jiugai has become the primary solution to improve living conditions, remove shantytowns and redevelop the region to help spur the city's economic growth.

Residents have a choice of moving to designated housing on the outskirts of the city, or purchasing their own properties with subsidies from the government. 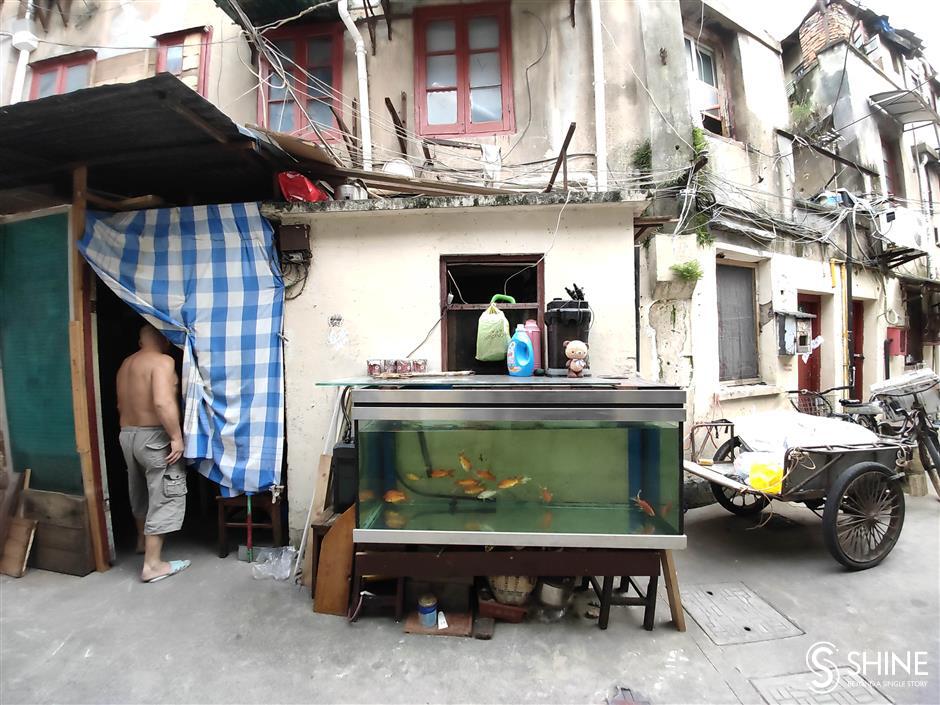 The new round of development on the North Bund in Hongkou District has become a demonstration of the jiugai campaign for older residents to live a far better life.

Residents from more than 6,000 households have begun relocating from the last remaining massive derelict neighborhood on the Huangpu River waterfront. It will be transformed into a "global sitting room" of the city.

Cai Xiulin, 67, said he had been waiting for the relocation for more than three decades. After receiving cash compensation for his 25-square-meter apartment, he can finally move to live near his son's family in north Baoshan District.

"I used to spend four hours on a return trip to cook for my grandson several times a week," said Cai.

For the remaining neighborhoods which are scattered around downtown areas, the city government has launched another campaign, making the elimination of the use of chamber pots the primary target. 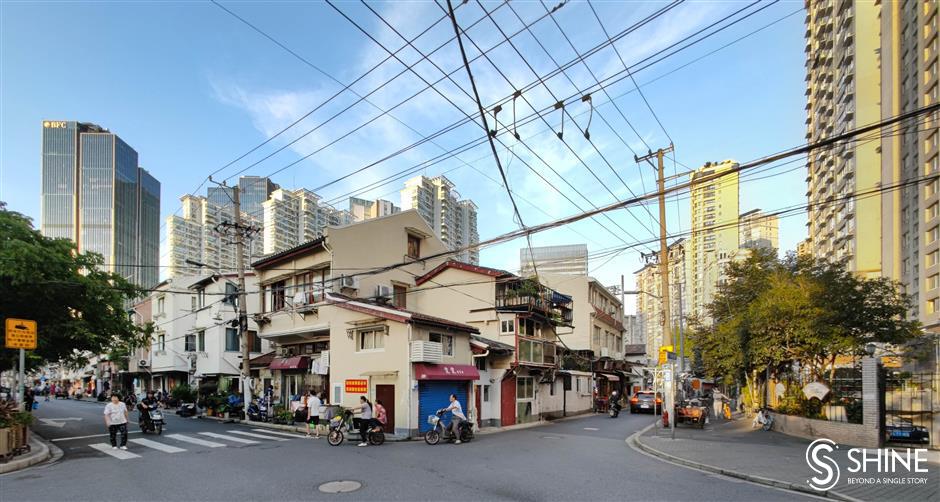 A community in Shanghai's old town marked for residents' relocation.

"Some subtle and gradual urban renewal projects are being conducted to improve the living conditions of those excluded from the relocation plans," said Yao.

After a new toilet shared by two households was installed and a public kitchen renovated, Zhang Li, 59, said she preferred to stay in her current apartment along the Suzhou Creek in downtown Huangpu District.

"Walk southward, I can shop at the Nanjing Road Pedestrian Mall, eastward I can easily reach the Bund, and the Suzhou Creek waterfront is right behind my backyard," Zhang said. She has lived in a 17-square-meter apartment with her parents and two sisters for decades.

Another 484,000 square meters of old neighborhoods will be renovated before the end of 2025 to benefit another 17,000 households, said Yao.

By then, the iconic shikumen (stone-gate) neighborhoods will be preserved and converted with new uses, while the residents living in the remaining old lane-style communities will enjoy a better traditional lifestyle. 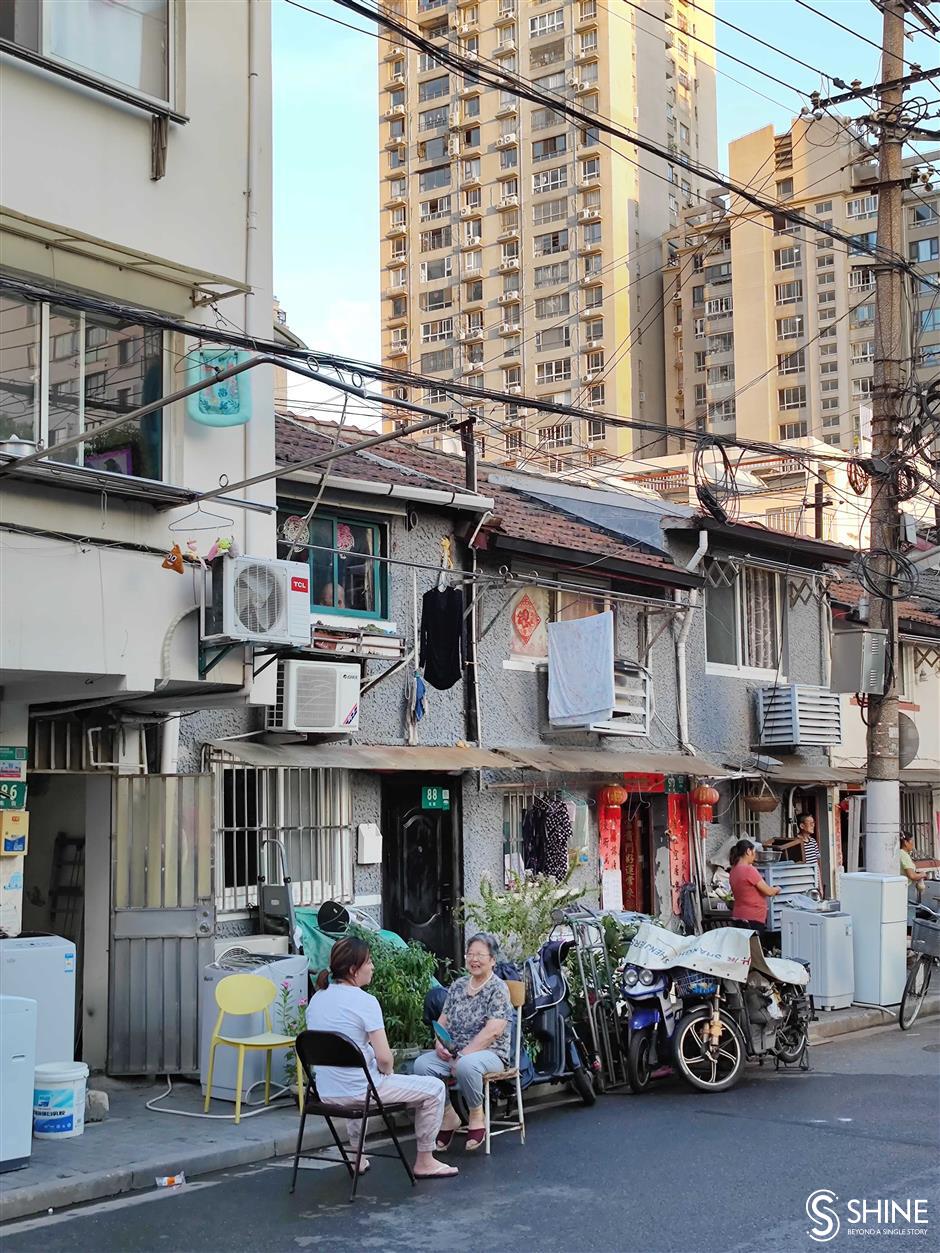 Residents chat in a community in the city's old town.