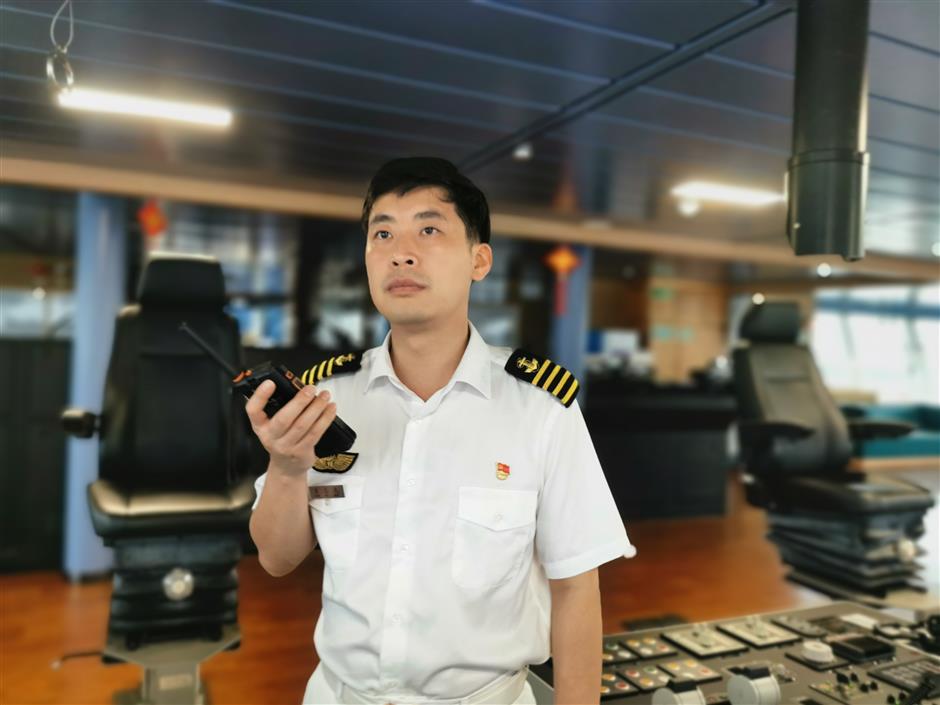 Xiao Zhimin, newly appointed captain of Xuelong 2, in the wheelhouse

Adventurous sailors have been exploring the Earth's two poles since the early 20th century.

The first diesel-electric icebreaker was the 4,330-ton Swedish ship, Ymer, in 1933. Advances in technology have made modern icebreakers, including China's Xuelong 2, far superior.

Shanghai Daily spoke with Xiao Zhimin, captain of that ship, when he was preparing for the nation's 38th expedition to Antarctica.

Xiao, 36, who works for the Polar Research Institute of China, returned to Shanghai in September from the nation's 12th Arctic expedition and his seventh. The scientists monitored the Arctic's sea water and ice, micro plastics and other aspects to learn more about climate change and ecological protection.

Xiao was among the crew of the maiden voyage to the Antarctica in 2019 aboard Xuelong 2, China's first domestically built polar icebreaker. Prior to that he sailed on that ship's predecessor, Xuelong, on five expeditions.

"Xuelong 2 is among the best vessels of its category in the world," Xiao said.

"While Xuelong was manufactured in Ukraine and later refitted in China, Xuelong 2 is more versatile and integrated in its research functions," he said. "It has strong icebreaking capabilities, enabling us to venture into some of the most heavily iced seas."

It needs to resupply every 60 days, and is the first polar research vessel to have double-direction icebreaking capability. It can break 1.5 meters of ice plus 20cm of snow at a speed of 2 to 3 knots in either direction, enabling it to navigate any polar area.

Xiao and his colleagues took part in the design and construction of Xuelong 2, optimizing it for its lengthy missions.

"Heated bedrooms on the vessel are quiet due to vibration and noise reduction in the design," he said. "This is important for researchers who work day and night, and need a good rest."

Sailing up to six months at a time and living in the coldest places on the Earth, the provision of top-notch accommodation, good meals, medical service and entertainment are vital, he added. 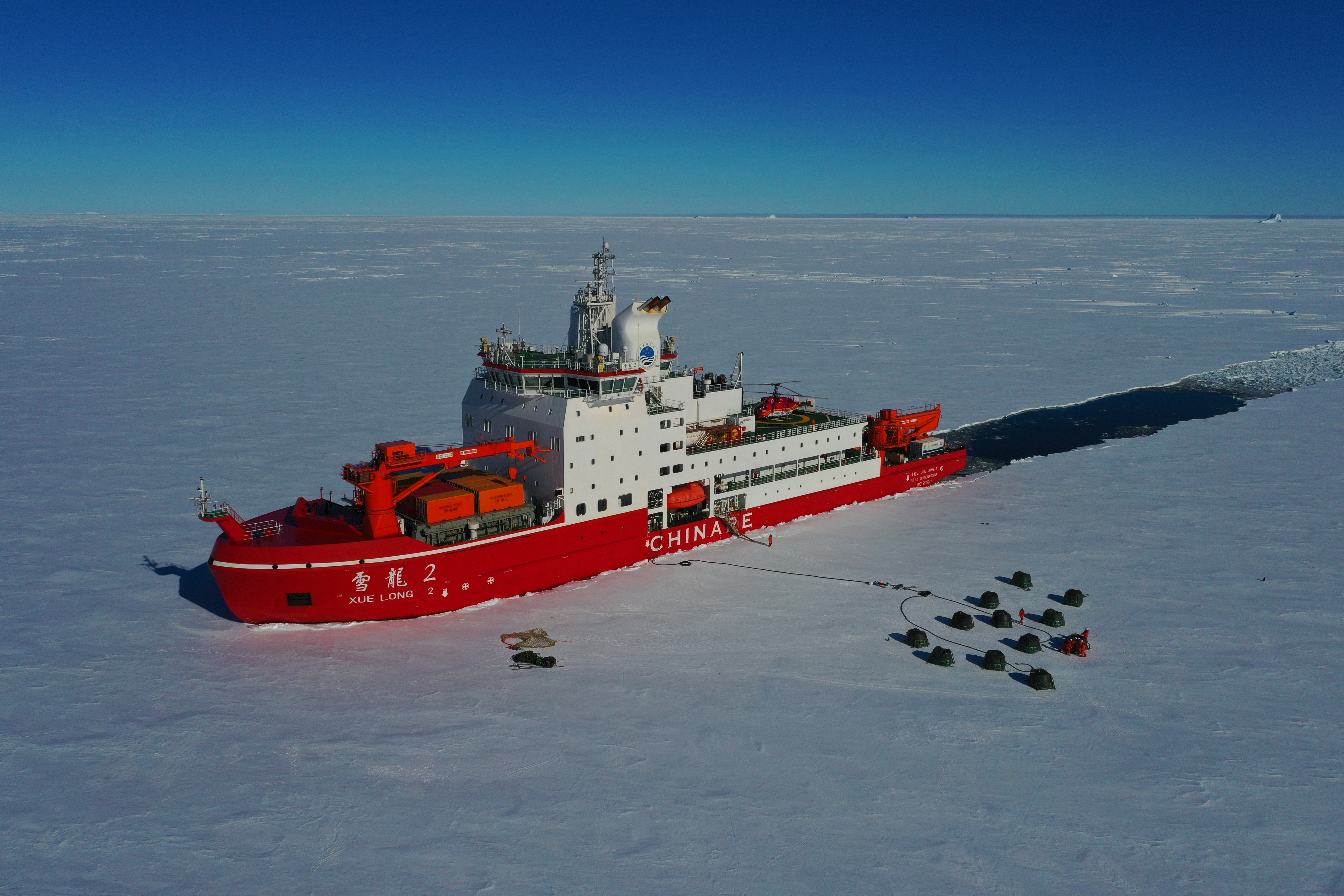 About 100 people take part in each mission of the Xuelong 2, including 40 crew members and 60 scientists. From the vessel, they can stay in touch with their families for much of the time, but not always.

"In the Arctic, the Internet is not available above 80 degrees north, so we sometimes have no signals for two to four weeks, during our mission of two to three months," Xiao said.

"In the Antarctica, only a few areas are left out by satellites, so we usually have a few days off the Internet during our mission that lasts six months."

However, in case of emergency, iridium communication is available anytime and anywhere to contact people in China.

"We never lost contact during our missions," he said. "This shows great progress over the past decade. When I first sailed to the polar areas, communicating with my family was far more difficult."

Navigating through icy seas in polar regions itself is a great challenge. Xiao and his crew members must cut across the dreadful westerly winds, which commercial vessels try to avoid.

"We have to be very careful in navigating the ship to avoid cyclones," he said.

In the polar regions, there is no ready nautical chart either.

"Icebergs change their positions all the time," he said. "At high latitudes, the ice is denser and thicker, requiring researchers to work with enormous speed so as to lessen the chance that the vessel gets stuck."

Xiao said there have been few instances during their polar quests where lives were endangered, but he did recall one high-profile rescue of a stranded Russian ship in the Antarctica by Xuelong back in 2013. Xiao was working as second mate on the ship at the time.

Xuelong received a mayday call from the Russian vessel, the M.V. Akademik Shokalskiy, on the morning of December 24. There were 74 people on the stranded vessel.

Due to highly unfavorable weather, no icebreaker was able to approach. Finally a helicopter launched from Xuelong managed to rescue the sailors.

"In the vast icy world, we're on our own as there is zero land-based support available, but we're also always ready to help others, like they are for us," Xiao said.

During missions to the poles for the past 12 years, Xiao has witnessed an increase in the melting of Arctic ice, but not necessarily in the Antarctica.

"The iced areas in the Antarctica shift from year to year, which makes it hard to tell whether the general amount of ice is reduced," he said.

The crew of Xuelong 2 is comprised of experienced crew members originally from Xuelong along with new recruits, the majority under 35 years old.

"I'm proud of my job," said Xiao. "It's an honor to join the missions significant to my country."

Xuelong 2 will sail for the Antarctica on November 23.