From farmer to inventor, and a national model worker 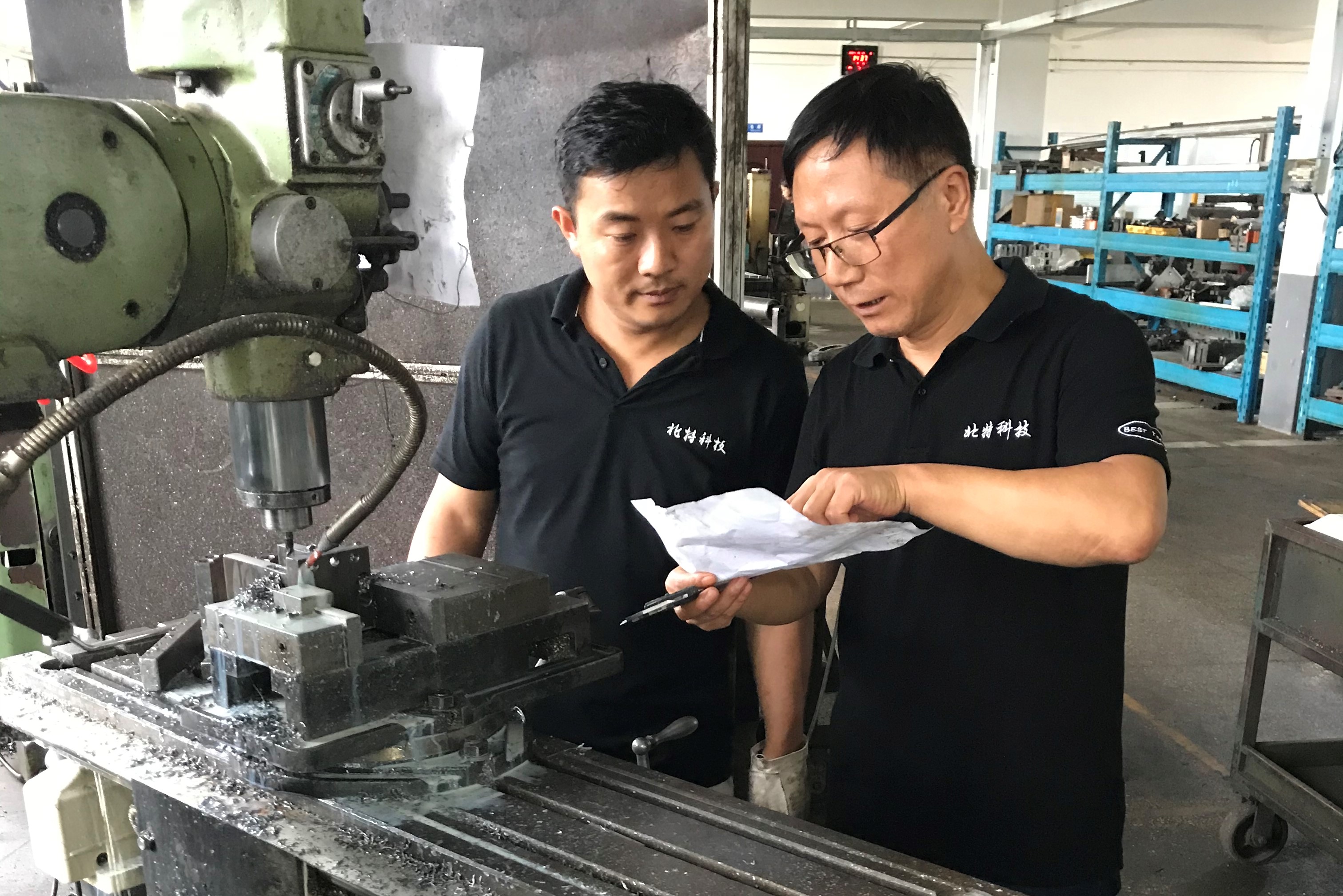 When working in the fields, Bai Qingliang knew that only by acquiring solid skills would he be able to make a comfortable living. But he never thought that he would later become an inventor and be awarded a "National Model Worker" title.

Bai, 54, director of the tooling department of Jiading District-based Shanghai Beite Technology Co, a manufacturer of spare parts for automobiles, said in a recent interview with Shanghai Daily that stereotypes are set to be broken but not without pain.

Just like many young farmers in China, Bai, who is from the northeast Chinese province of Heilongjiang, started to work in a factory at an early age, first at a steel rolling mill.

As well as heavy manual work, he learnt welding and went on to open an agricultural machinery factory after acquiring some experience in machine repair.

"With my own factory, I earned much more than when I was a welder, and that confirmed my belief that people will never find themselves in hunger if they have solid knowledge of a trade," Bai said.

In 2002, Bai left his hometown for Shanghai and became one of the first employees of Beite, a company founded by one of his acquaintances. He started out working as a machine repairman.

Bai said his career as an inventor was launched after he "took seriously" a concern of the director of the company.

"Once he told me that he was concerned about the health of his workers because when using the emery cutters to lap angles entirely by hand, they took in a lot of harmful powdery dust, which could cause disease such as pneumoconiosis," he said.

Pneumoconiosis is a lung disease caused by the habitual inhalation of irritants, such as mineral or metallic particles.

Another problem was the low productivity of manual work, as the company, which specializes in producing racks of steering gears and piston rods of dampers for automobiles, had great ambitions. What they needed were chamfering machines.

"There had been such machines on the market, but they were still not efficient enough," Bai said.

Without any knowledge of drawing, graphic software and any experience in research and development of industrial machinery, Bai embarked on a journey to make a chamfering machine for his company.

Bai said he wore out his eyes on the computer every night, and paid another factory out of his own pocket to use their equipment to make his machines.

"I had to do self-study for the most part because I didn't have change to communicate with those professionals," he said.

With the machine, the time spent on the chamfering work on one spare part for a worker was reduced to 1.7 seconds from 10 seconds, and workers no longer had to inhale powdery dust.

Since then, Bai, who later had his own team, has been entrusted with more and more machinery research and development work in this company. His tally is 18 patents with national credentials.

With more machines on its production line, the company has been able to slash working posts to save labor costs.

However, job losses were not welcome among its workers.

"Automation is an inevitable trend in manufacturing, and to some workers, it means the deprival of their source of income, but eventually they understood that it has great benefits to their health," Bai said. "The average work intensity for our workers has been reduced in half over the years."

The company, now a leader in China, said the latest generation of chamfering machines developed by Bai and his team reduce its annual operation cost by millions of yuan.

Looking back on the past two decades, Bai said it proved that by hard work and rolling with the tides, anyone can achieve success.

"I always encourage the young workers on my team to keep learning and even require them to learn more skills," he said. "This benefits their own career development and also for the company because when there's a shortage of hands there is always ready help."