It was a crazy night earlier this month with deafening cheers from student dorms all over the country after Edward Gaming (EDG) earned its first League of Legends World Championship title with a 3-2 win over South Korea's DWG KIA at the Worlds 2021 final in Iceland.

A few eSports fans even jumped naked from a bridge into a river. Once the cheers died down, EDG's world championship has led to a reexamination of Chinese society's love-hate relationship with video games.

In August, the National Press and Publication Administration issued a notice to summon online game enterprises and platforms to limit service hours for minors and implement real-name registration. Minors are only allowed to play from 8pm to 9pm on Fridays, weekends and national holidays.

But Chen Ming, a practitioner of eSports for years, told China Newsweek that if there's no systematic training for a player before 18, by which time they will have a low possibility of achieving great results later in life. 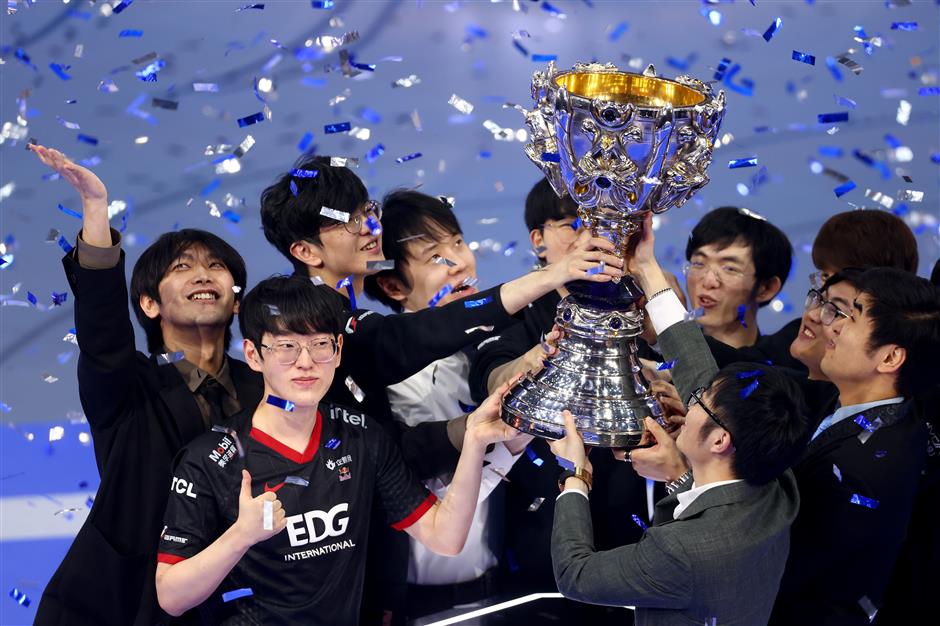 Zhu Qinqin, secretary-general of the Shanghai eSports Association, believes this conflict will just be temporary.

"We will figure out how to solve this problem and the traditional sports field provides us with some references and solutions," said Zhu. "Then we can ensure that online video games do not cause damage to minors while cultivating eSports talent with persistence and for competitiveness."

Tang Huanfeng, 20, for example, became a professional eSports player three years ago. He started playing games at only 12. Now he is with the club Weibo Gaming, the former Suning club which changed its name recently.

Tang told Shanghai Daily that when he saw the other players standing on the stage of the world games, he also yearned for that arena and believes he can be stronger than them.

He has attended cybercafe games, city championship and League of Legends Development League. "On my way, I've encountered many difficulties. The biggest challenge is that I was not strong enough to defeat others," said Tang, who claimed that attitude is what differentiates a professional eSports player from those simply playing games.

Zhu therefore thinks that in the long term, eSports and games will necessarily have clearer boundaries under policies for their different rules and targeted groups. It will facilitate eSports to be more like a sport and become normalized, he insists.

"We will use technological methods to make sure that it will not affect the public restriction for minors on video games but can meet the training needs of the minority which have the potential to be professional eSports players," Zhu stated.

In the future, they hope there could be more support from third parties on the cultivation of eSports players, which can not only hone player skills but also comprehensive qualities. The career of eSports players is short, possibly retiring aged 22 or 23, which means after that, they still have a long way to go in life.

"Skills are the core things because it's a sport. But we also hope the players can be comprehensive and receive education on fields like culture. Then if they are no longer eSports players, they still have other comprehensive abilities," Zhu noted. 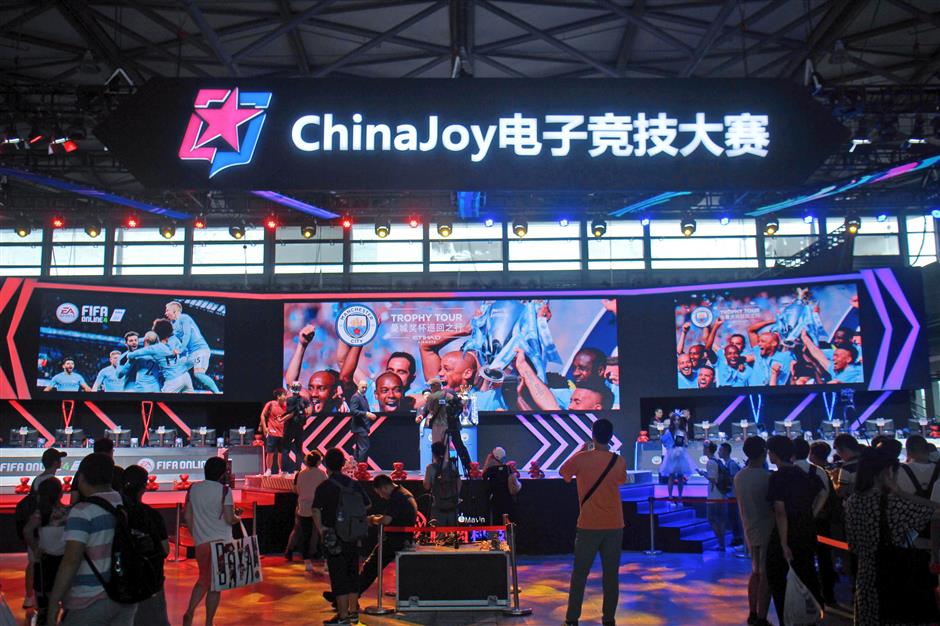 Zhao Jia, head of the teaching and research section of the eSports and management major at the Shanghai Publishing and Printing College, said: "It seems that possibly there will be a white list, like what a traditional sports school does."

With the current emerging popularity of eSports in China, how to cultivate more professionals for this industry has become a matter of urgency.

Statistics from the China Audio-Video and Digital Publishing Association show that by last year, the market size of eSports had reached more than 136 billion yuan (US$20.4 billion), increasing 44.2 percent than 2019. The user base of eSports hit nearly 500 million, seeing an increase of 11.4 percent.

However, a report released by the Ministry of Human Resources and Social Security in 2019 showed that less than 15 percent of the nation's eSports-related positions had been met and in the next five years, the demand for eSports players and operation personnel will be nearly 2 million and 1.5 million, respectively.

As one of the origins of eSports in China, Shanghai has witnessed a rapid growth. The city has more than 250 eSports firms and clubs, accounting for 80 percent of the country. Every year, there are more than 41 percent of eSports games taking place in Shanghai and well-known teams like IG, FPX and EDG are all based here. 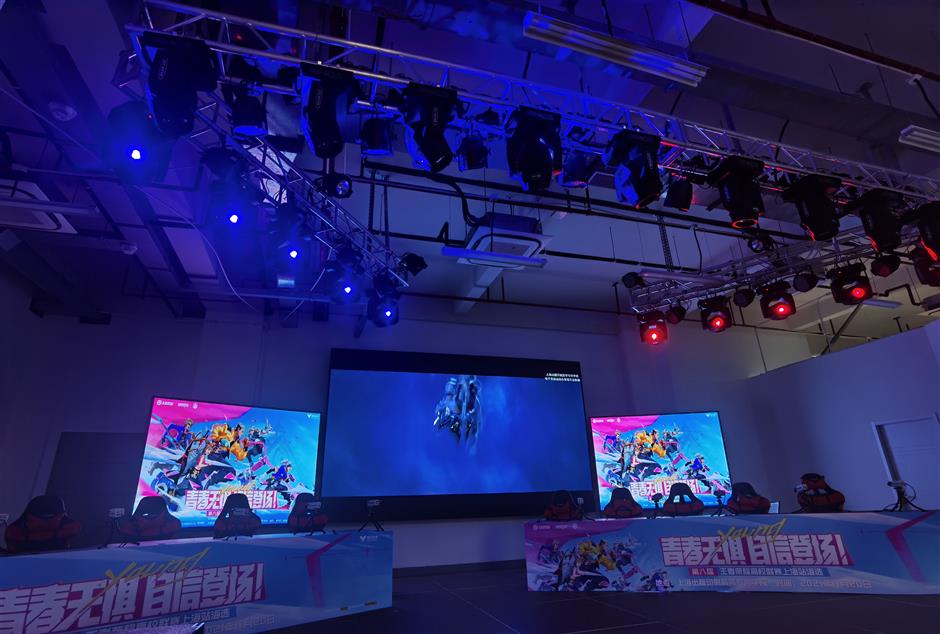 The Shanghai Publishing and Printing College has an eSports center for practice.

SPC deputy Li Yuan suggested that while integrating resources from universities, vocational schools and training institutes, the government should also support enterprises and the industry to provide training as well as encourage social organizations to participate.

So far, the city has 12 vocational schools and universities with eSports-related majors and 27 social institutes that cultivate eSports professionals. The major of eSports and management at the Shanghai Publishing and Printing College cultivates professionals for planning eSports programs, livestreaming the games and running eSports new media platforms.

"We are expanding the behind-the-scenes staff for the eSports industry," said Zhao.

The Shanghai Administration of Sports said as the next step, it will further improve eSports education and construct a professional system by providing more training classes. It will also emphasize the cultivation and introduction of high-end professionals.