Autumn leaves transform Shanghai with a kaleidoscope of colors

Have you noticed the autumn hues in Shanghai recently?

The nature's kaleidoscopic display of fall colors is charming. From golden ginkgo to red sweetgum, it is a seasonal feast for the eyes. 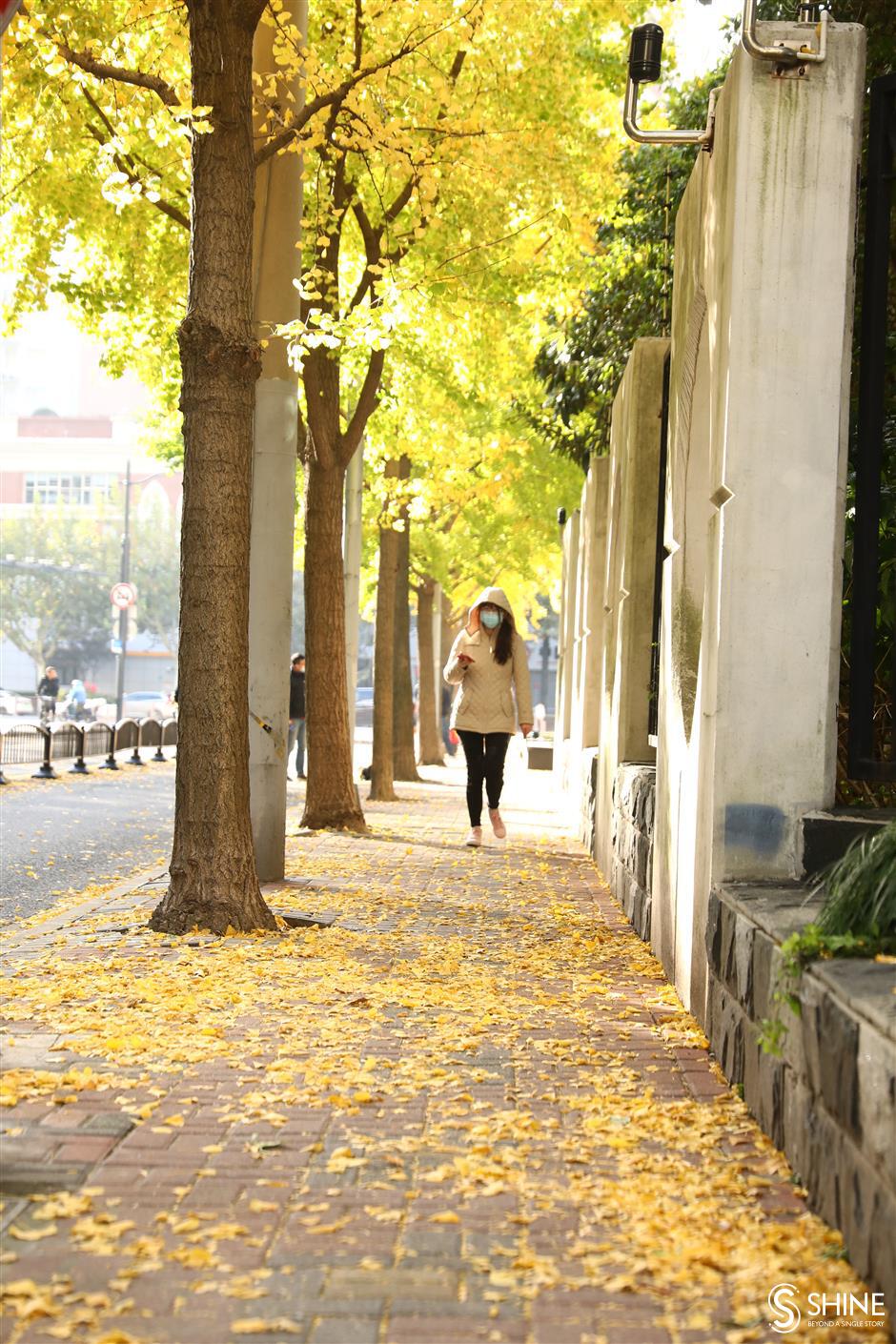 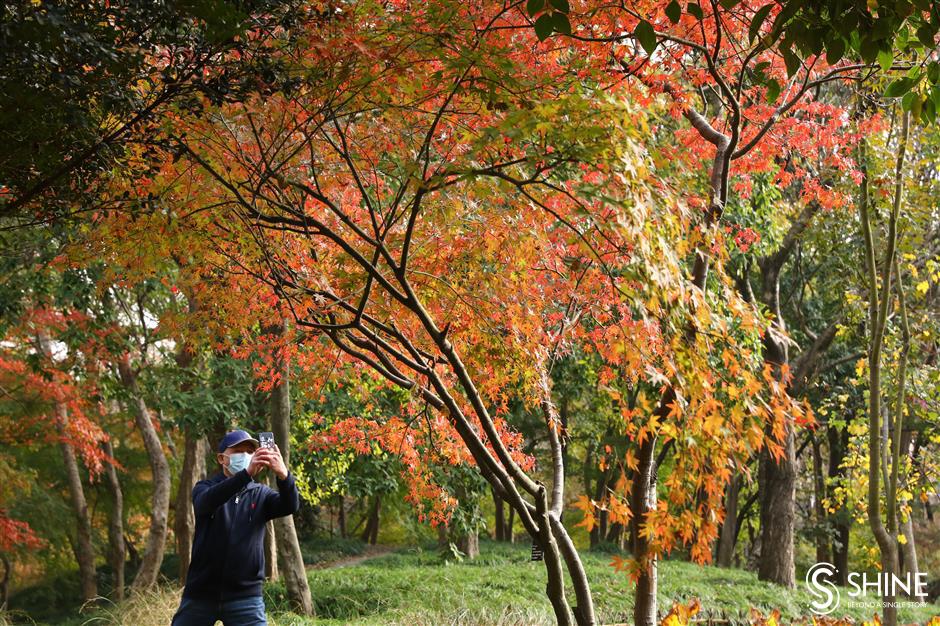 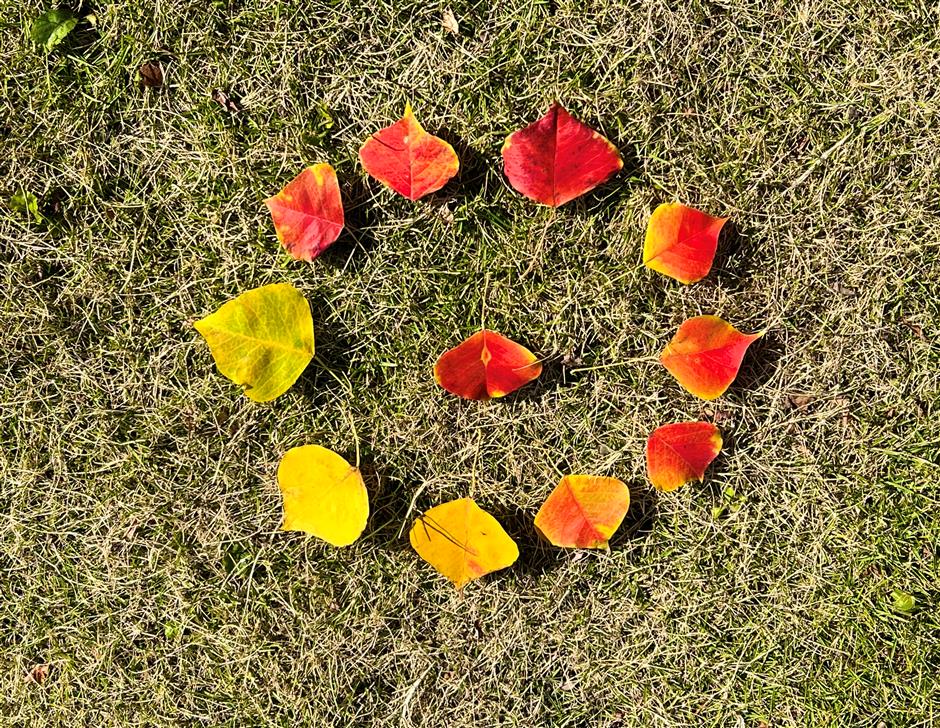 The romantic beauty of an autumn leaf circle

Behind the enchanting colorful scenery are the efforts and refined work of city people from all walks of life.

Shanghai's autumn foliage tree varieties mainly include ginkgo, soapberry, Chinese tallow tree, beech and maple, and they can be appreciated on streets, in parks or at greenlands, said Li Xiangmao, director of technical guidance at Shanghai Greenery Management Station in the Shanghai Greenery and Public Sanitation Bureau.

The tree leaves are predominantly in the colors of red, yellow and orange.

Some colorful foliage plants such as acer rubrum have been introduced from overseas, said Li.

Ciyun Street in Xuhui District is paved with fallen leaves. 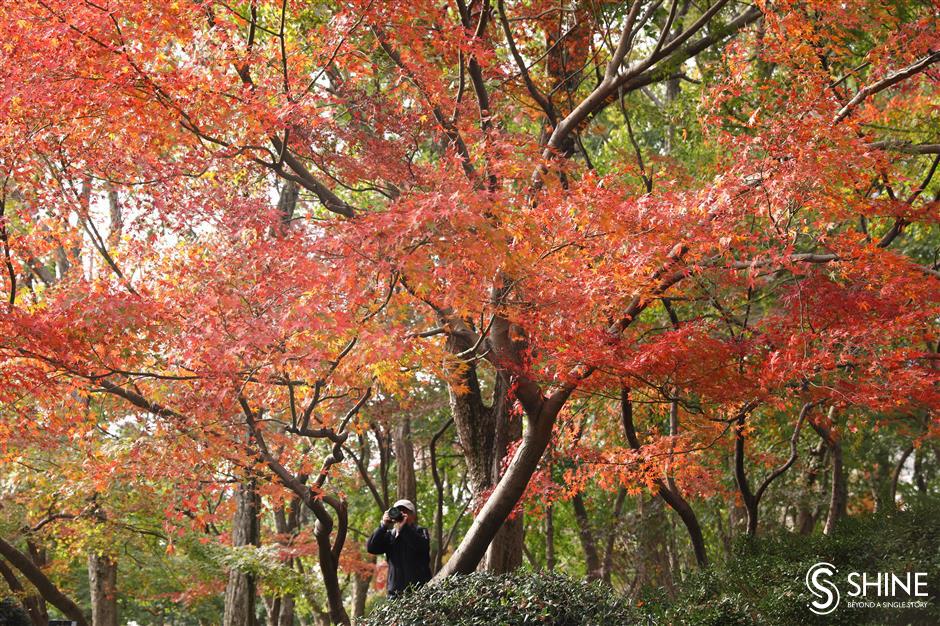 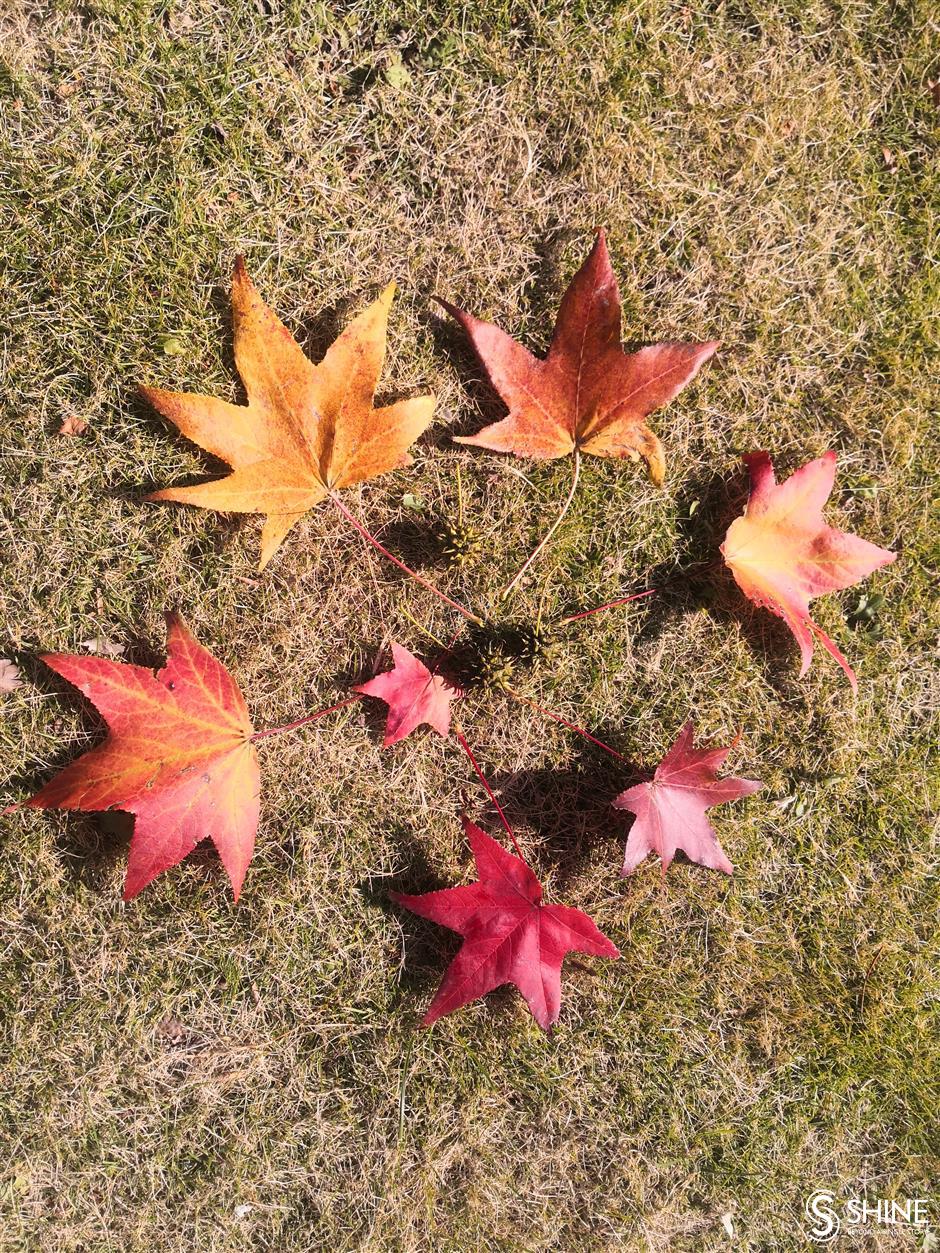 "One of the difficulties lies in the selection of plants and whether they can get accustomed to Shanghai's climate and soil conditions. These considerations are decisive on whether they will perform well in the city," he said. "Some looked good in other cities, but failed after being introduced to Shanghai."

"We have done a lot of experiments on that," said Li. "Humidity, temperature, climate and maintenance are all involved."

Workers are trained in maintenance techniques for the newly introduced varieties.

In addition, efforts are being made to improve Shanghai's underground space to improve permeability and drainage capacity to help the trees "breathe," said Li.

This year, the sudden temperature drop has ensured the supreme effects of autumn scenery in the city, which will last till early December, he said.

The big temperature gap is good news for the performance of colorful foliage trees, he added.

Chinese tallow trees with beautiful leaf colors and shapes are widely planted, and they can get accustomed to Shanghai's climate and environment. 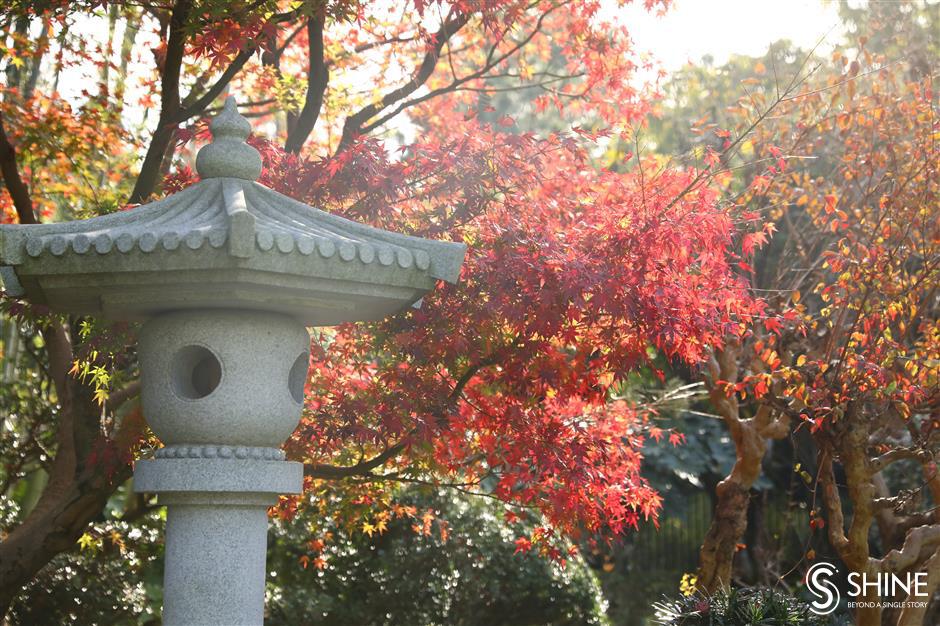 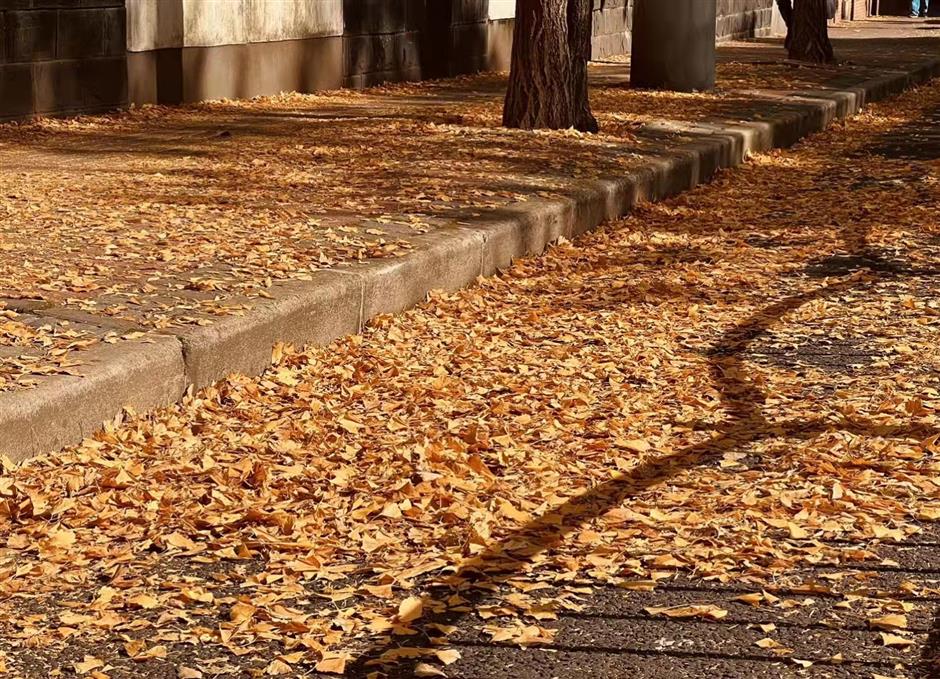 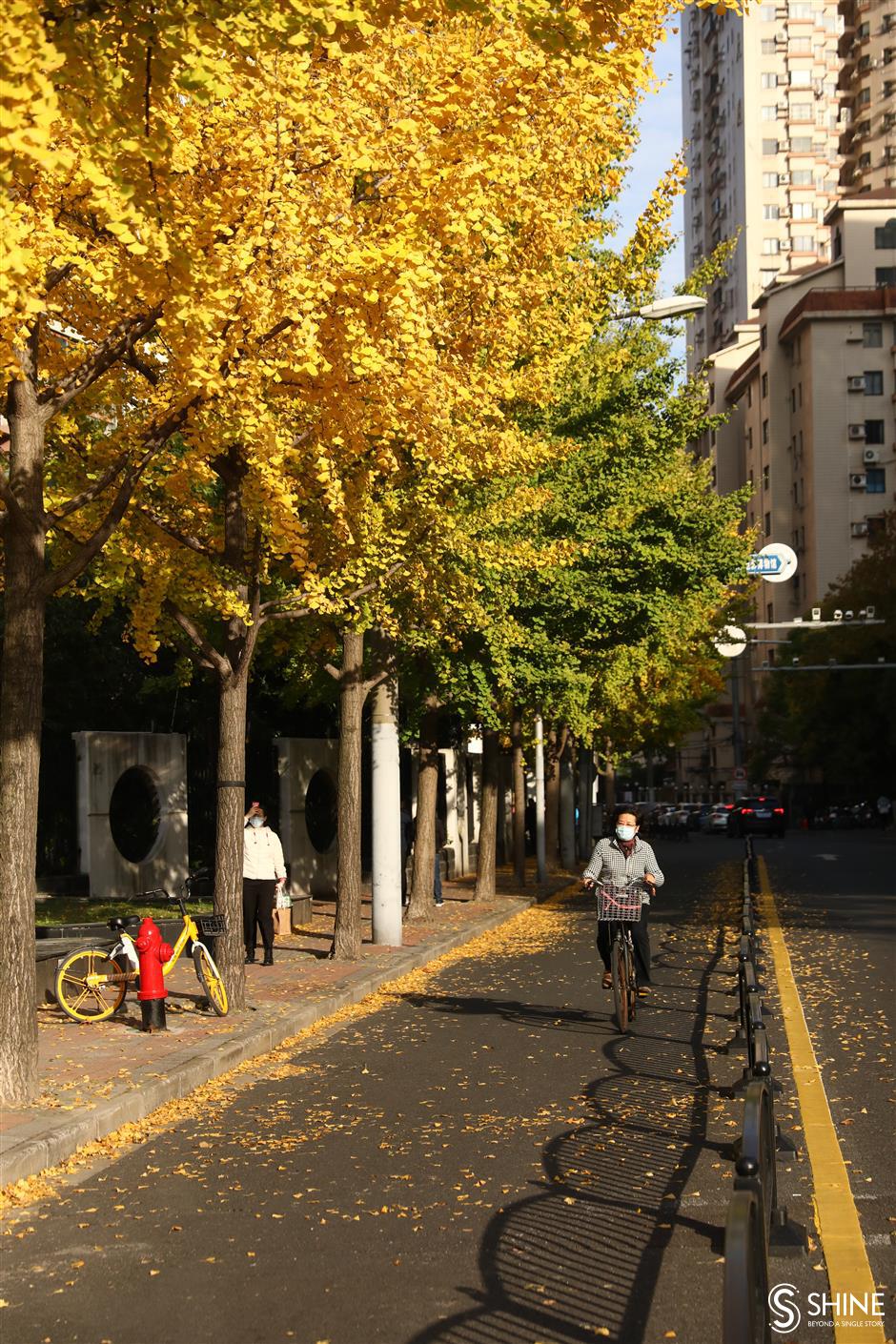 An enchanting view of Ciyun Street 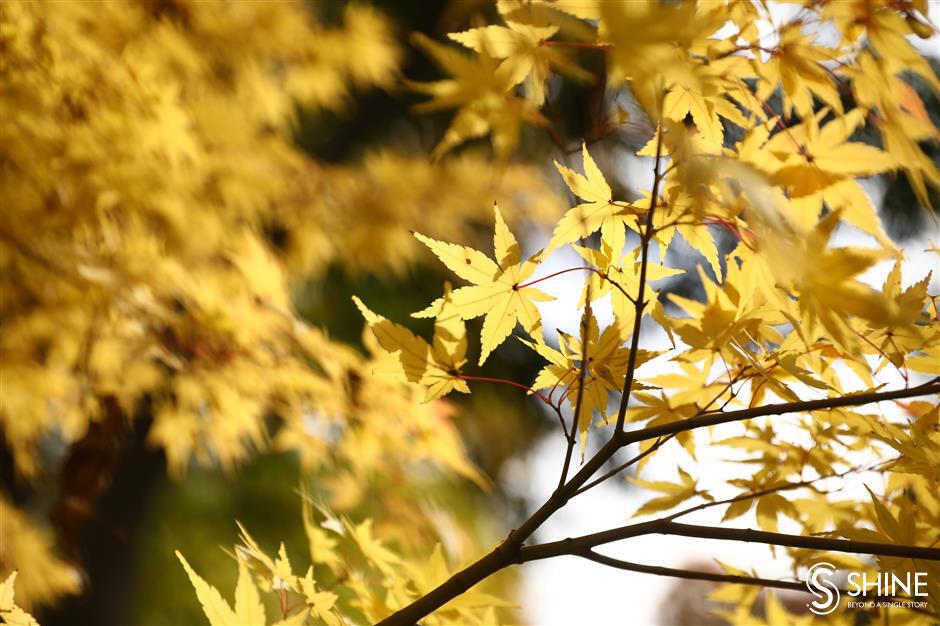 "The growth of streetside trees in the city involves a variety of challenges such as limited growth space, vehicles' exhaust emissions and other human factors," said Zhu. "The living environment is reverse to the growth of trees."

"Trees are like children and only under good care will they display their most beautiful side," she added.

"We have taken many measures to improve the growth space of trees, ventilation, soil compaction and fertilizer," said Zhu.

The protection of rare varieties and ancient trees over 100 years old has also been stepped up.

"Shanghai is aiming to build a floral city by 2025," said Li. "We plan to introduce colorful foliage trees into the city's greenway, Outer Ring Road greenbelt and pocket parks as well."

They either are lined with golden ginkgo trees or feature dense ginkgo forests.

There are quite a number of cafés in these areas, promising a beautiful environment for those who enjoy coffee. 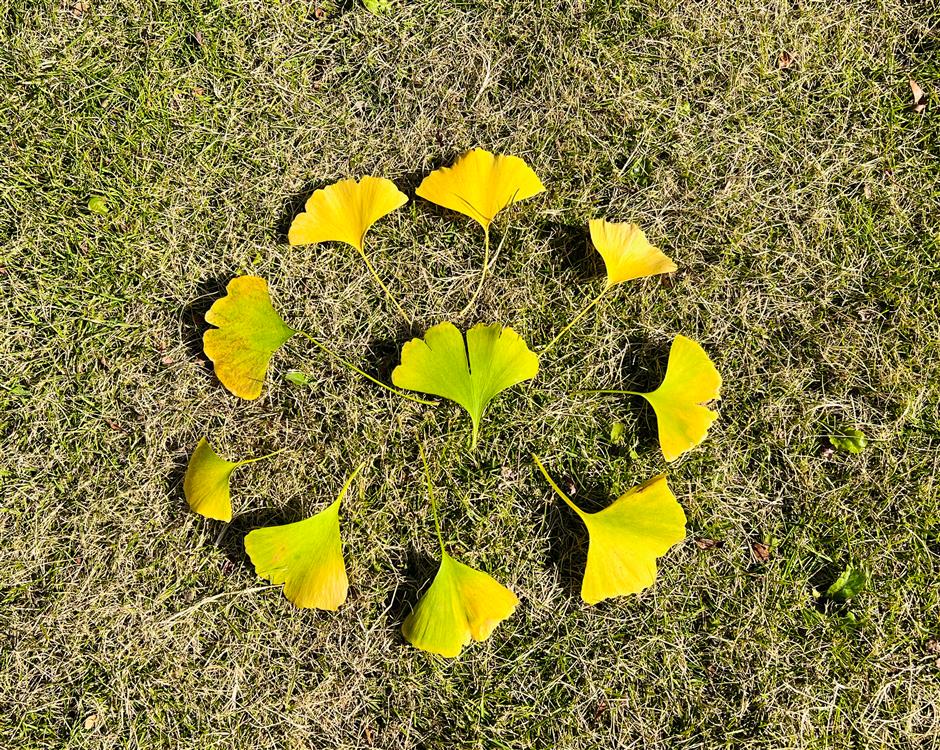 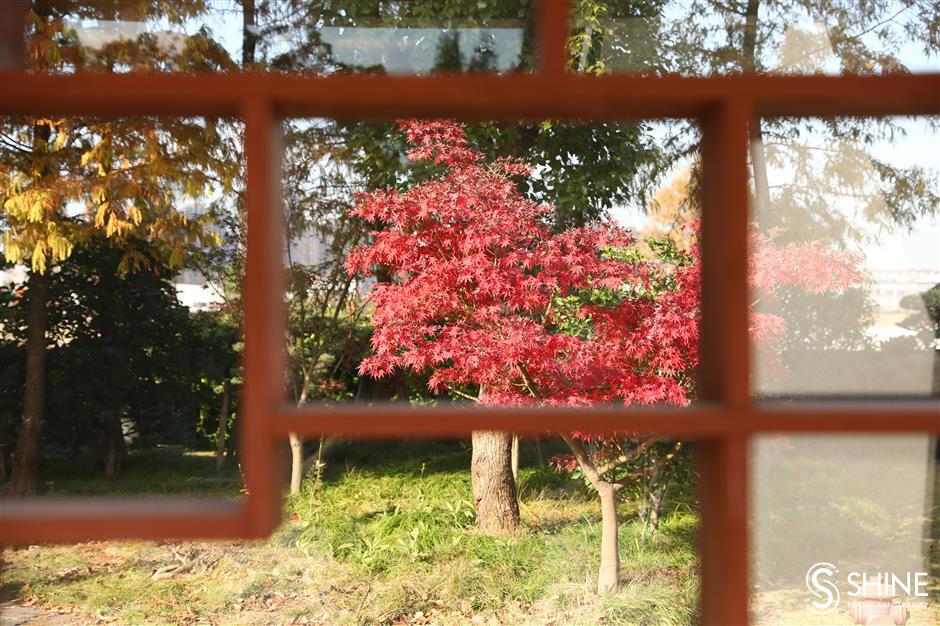 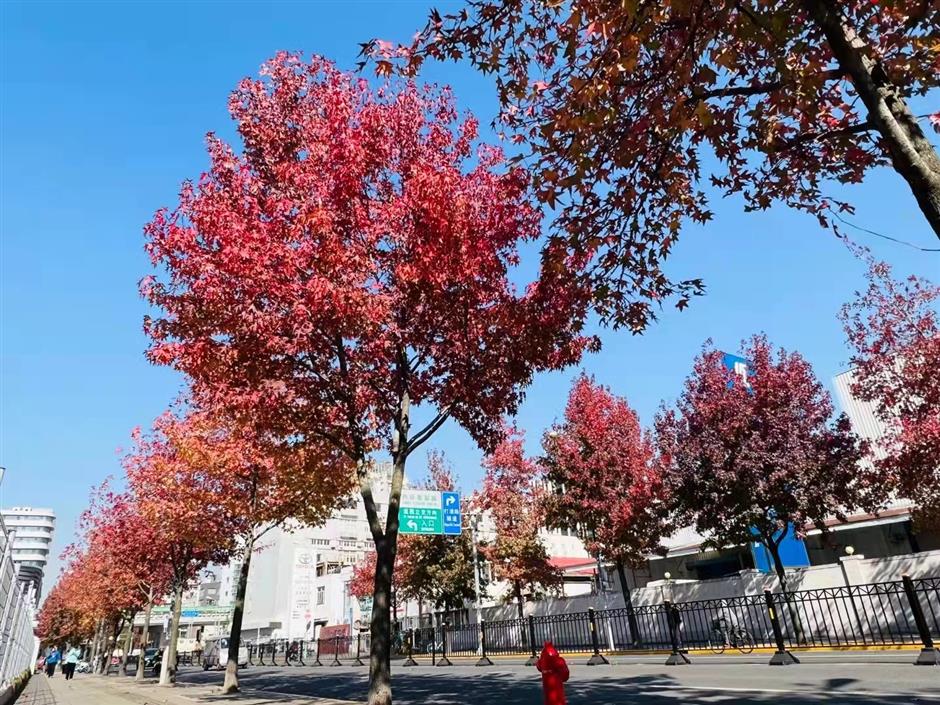 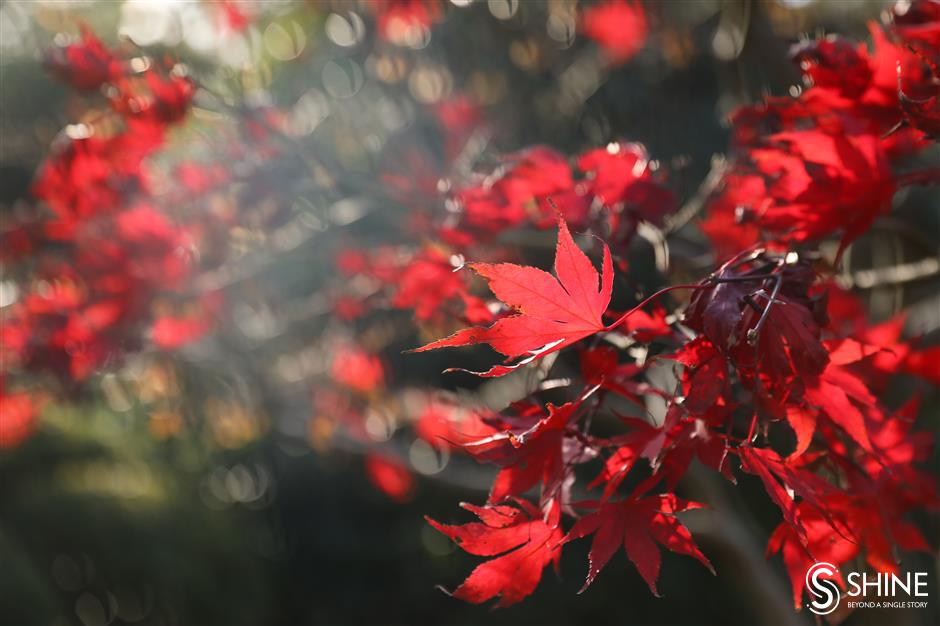 The Changde Road section between Yan'an Road M. and Beijing Road W. is lined with 139 ginkgo trees. Now is the right time to appreciate their golden scenery.

If you are looking for some red scenery, Maoming Road N. in Jing'an District, Lantian Road and Tongchuan Road in Putuo District, and Pingyanghe Road in Songjiang District are recommended.

The leaves of Chinese pistache have turned crimson and orange yellow, adding a splash of color to the city.

On Mingdu Road and Zhucheng Road in Minhang District, Wuwei Road E. in Putuo District and Nanfeng Highway in Fengxian District, you can appreciate the scenery presented by Chinese pistache.

"This year, the colorful foliage trees are changing color earlier than usual due to the abrupt temperature change," said Wang Yuqin, a botanist at Shanghai Botanical Garden.

"The sudden temperature drop advanced the color change of some plants by about 10 days to half a month earlier than usual at the botanical garden," he added.

The garden has more than 500 colorful foliage trees such as maple, beech, ginkgo and cedar.

"Now is the best appreciation time and the scenery is expected to linger for half a month," he said.

To make the city's autumn scenes more romantic, Shanghai's greenery authorities decided to allow colorful fallen leaves to remain in some areas of the city rather than clearing them away, enabling people to appreciate the vibrant foliage beneath their feet.

These streets were carefully selected based on their rich historical elements and architectural features, according to greenery authorities.

The number of fallen leaves is controlled, and trash is removed to present the best scenic view, reflecting a refined cleaning approach.

The fallen leaves should not affect the flow of traffic, the Shanghai Greenery and Public Sanitation Bureau said.

On rainy and hazy days, or in advance of public events, fallen leaves will be removed to ensure the safety of pedestrians.