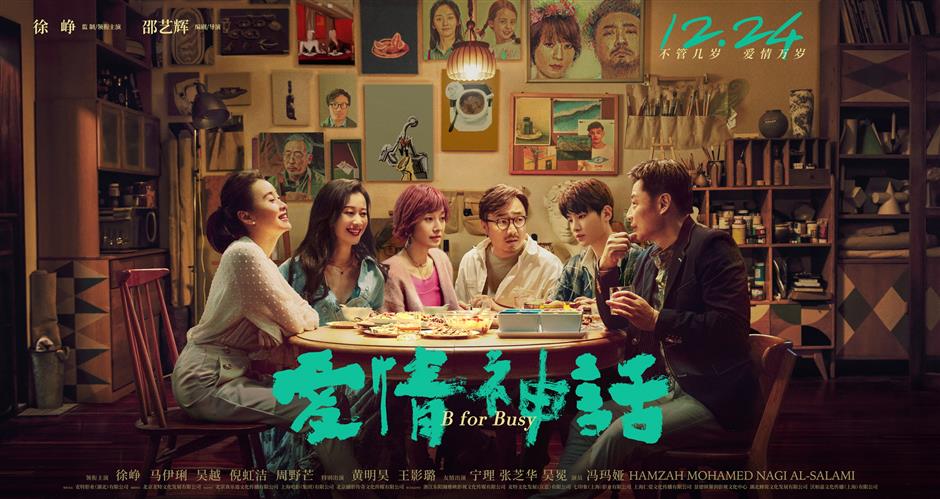 It was a bold move by Shao Yihui, a young female director who is not a native of Shanghai, to shoot the romance film "B for Busy" in full Shanghai dialect.

Movies using the local dialect have been missing from Chinese cinema since the 1994 comedy "Shanghai Fever" but at least Shao once lived in the city for six years.

Since its release on Christmas Eve, "B for Busy" has made over 100 million yuan (US$15.7 million) at the box office. On China's film and review website Douban, it has received a rating of 8.3 out of 10, the highest so far for a home-grown 2021 film.

Many people are impressed by how the movie depicts multiple aspects of the city, including rich cultural and art elements that are elaborately merged into the plot and scenes.

"Shanghai is a magical and incredible city," said Kitty Zhou, a 40-something company worker from Suzhou, Jiangsu Province.

"No other city in China is as romantic and delicate as Shanghai. People in the city frequently attend theater performances, art exhibitions and film screenings. They read English books. In the film, even a street cobbler can talk about art and women in English proverbs and take his daily coffee in refined porcelain at the shoe repair stall," she said.

"B for Busy" is the film directorial debut of Shao, a graduate of Beijing Film Academy who was born in the 1990s in Shanxi Province.

Unlike what many filmmakers might do, Shao didn't train her lens on Shanghai's iconic skyline and landmark highrises in Pudong to showcase modernity.

Instead, she captured the city's romantic charm and warmth through ordinary people's daily lives, scenes and dialogue. 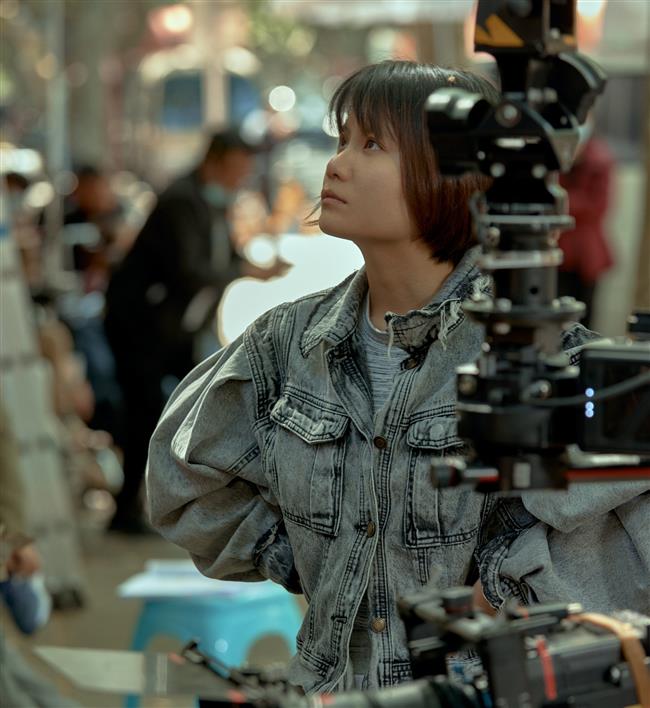 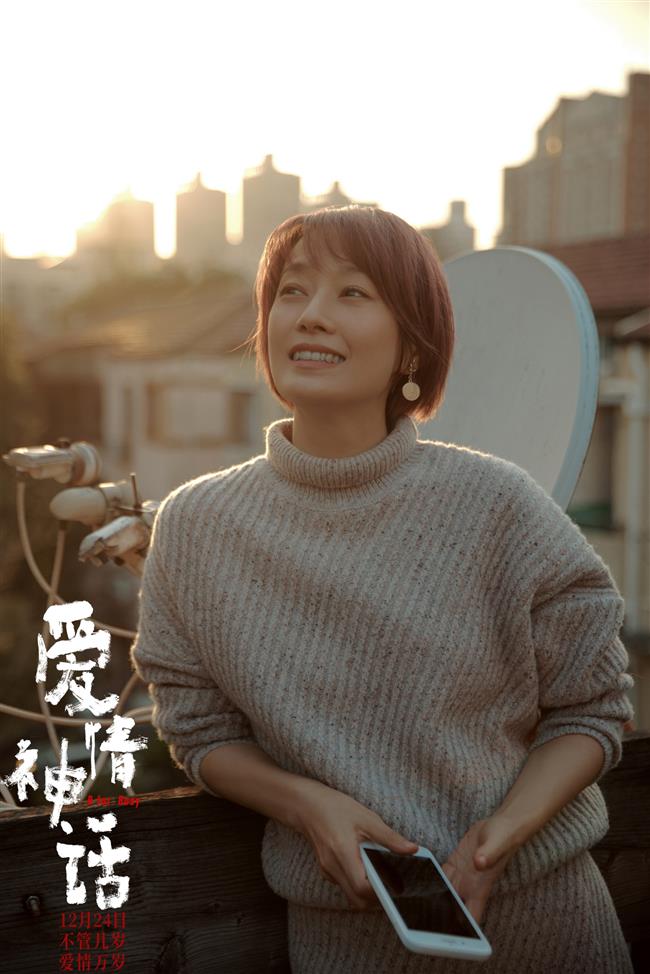 Almost all of the leading actors, including Xu Zheng, Ma Yili and Wu Yue, are natives of Shanghai. Most of the movie's scenes were shot in the old lanes and structures of Xuhui District.

Divorced for many years, the lonely man, who teaches people to paint, falls in love with Ms Li, a 44-year-old advertising worker. She is raising her child on her own after divorce from a British husband.

However, the path to true love is not so easy for middle-aged people who have deeper thoughts about life's challenges and the complexity of relationships.

From Mr Bai's perspective, the film scans three other Shanghai women who have subtle feelings for him. Ms Li is an elegant white-collar lady with an enthusiasm for drama, Bai's ex-wife is a tango lover, and Gloria is a rich woman with plenty of time for fun.

Shao's script has a universal and eternal love theme and its Chinese title, "Myth of Love," is a tribute to Italian filmmaker Federico Fellini's 1969 film "Satyricon."

Italian actress Sophia Loren is mentioned a few times by Mr Bai's friend, Mr Wu, who claims to have had a romantic night with her in his younger years working in Italy.

"I gave her my first time and she gave me the entire Rome," Mr Wu tells his friends. He has remained single in his fictional "myth of love," claiming Loren as the only woman he has ever loved. 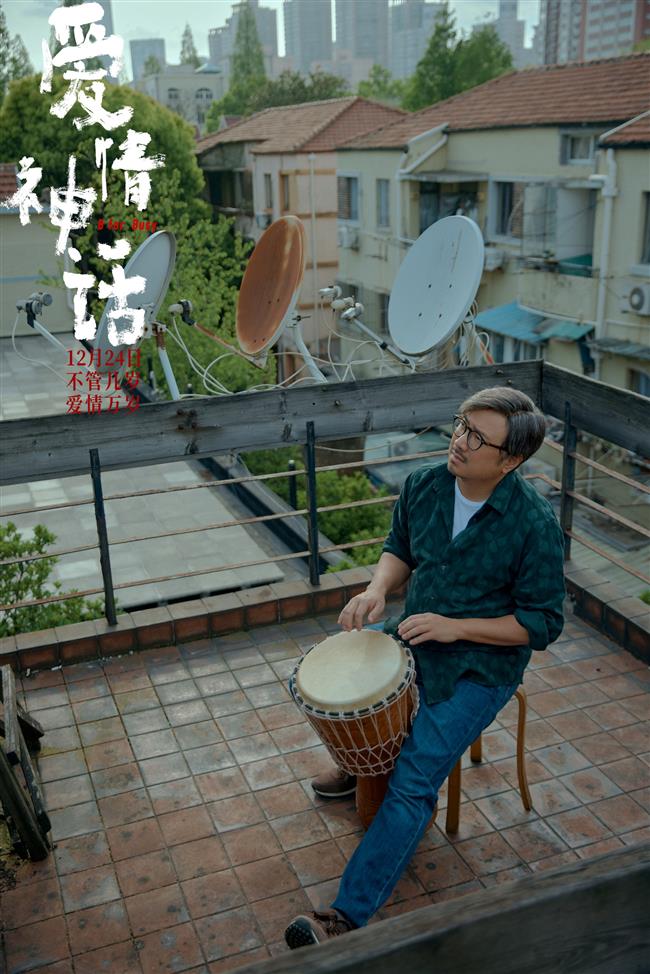 Mr Wu's quest for love gradually changes as Shao's middle-aged characters start to recognize that "reality is not a Fellini film." They all eventually get the courage to believe in love and embrace any new possibilities that life can offer.

"I hope that despite their age and cultural backgrounds, people in modern China can bravely face up to their emotional demands, show open hearts and minds and more tolerance to various opinions and options in a relationship," said Shao.

She recalled making a living by writing novels when she previously lived in Shanghai. In leisure, she enjoys cooking, shopping, coffee and chats with her local friends.

She said development of the story for "B for Busy" started in 2019 and was not a difficult process. She recorded what she saw and heard naturally over the period of time she spent in Shanghai.

"I am not a native of Shanghai, but it gives me a passion to observe the city with curiosity and diverse perspectives," Shao said. "I do not worship the city or disparage it. Most of the time I see it as a good friend and I am very willing to explore its charm in many details."

She depicts the warmth and kindness of Shanghai people in the movie. On screen, Mr Bai is a typical Shanghai gentleman who cooks a meal and sets a vase of flowers on the table for guests, paints on the kid's dirty dress and cares for people in the neighborhood.

A considerate and romantic role is played by famous Shanghai actor Xu Zheng, also the film's producer. He identified Shao's talent during a film pitching event at FIRST International Film Festival and decided to support her work's progress to the big screen.

"The film has a very contemporary narrative and perspectives," said Xu. "It depicts the beauty and flavors of the city in a natural and artistic style. It is fresh Chinese cinema. I think what our film market requires is not simply blockbuster movies, but a diverse menu to encourage originality."

Xu also suggested that Shao expand the story beyond the backdrop of Shanghai to give it an inherent power to touch people out of the city, like the Woody Allen movies "Vicky Cristina Barcelona" and "Midnight In Paris" which have universal appeal but retain the flavors of different cities. 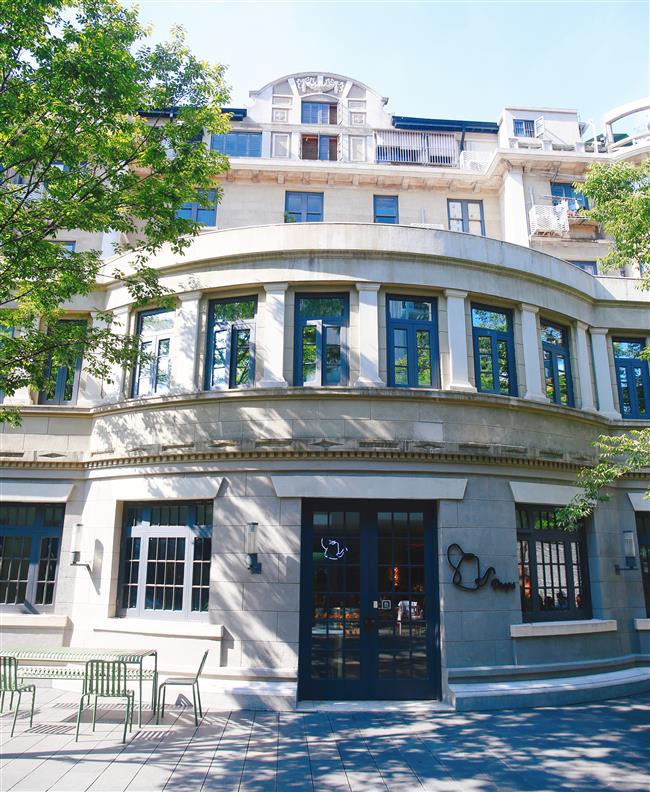 The Hengfu (Hengshan Road and Fuxing Road) Historical Protection Zone in Xuhui District has become a hot tourist spot as the box office hit was shot there.

Some viewers are amazed at the city's tolerance for various cultures and how people from other cities naturally adapt to the local culture and lifestyle to become new Shanghainese. The foreign characters in the movie, including Mr Bai's Italian tenant Alexander and Ms Li's biracial daughter Maya can speak fluent Shanghai dialect.

Netizen "Flying Time" said on Douban that the film ignited her aspiration to experience the colorful life of Shanghai. She is attracted to the film's city scenes, such as a cafe on a tree-lined street, small stores selling imported foods and old foreign-style houses.

Professor Liu Haibo, a film expert from Shanghai University, noted that the movie reflects the real lives and emotions of ordinary Shanghai people, and gives urban relationships a new and creative interpretation.

"Dialogue takes up quite a large proportion of the film," Professor Liu said. "As a dialect movie, the director has to strike a delicate balance between the language and the content. If the characters were not that cute and impressive, dialect would have been a burden."

"Surprisingly, all the characters in the film are very charming and interesting. Influenced by the culture of Shanghai, they're independent, self-respecting, vivid and warm-hearted."

He anticipates that increasing numbers of future Chinese films will include dialect in their scenes because it can help add elements of humor and realism to the story.

Dialects have been used in a few Chinese film productions to portray grassroots culture and regional customs. They play an important role in presenting a realistic flavor.

Cantonese and southern Fujian dialects are widely used in Hong Kong and Taiwan cinema. On the Chinese mainland, "The Conscription," a comedy film using dialect from Sichuan Province, was released in 1963.

Shanghai dialect was also used in some scenes of Cheng Er's 2016 spy thriller "The Wasted Times," a film set against the city's 1930s' backdrop.