The majority of Bilibili users are in their early 20s, but that didn't stop Li, 81, from signing up for China's leading online video site.

Interestingly, he signed up under the username "Li Zhaoxing who loves life."

"Hello there, young folks! I would like to take this opportunity in wishing you a happy new year," Li, in a navy uniform and a check scarf, said in his first video post.

Viewers flooded the screen with comments, greeting the elderly newcomer with comments such as "Happy New Year! Grandpa Li!" "Wow! Such a big name!" "Look what I've found!"

Li spoke in front of a painted Chinese landscape backdrop, as is customary when senior Chinese leaders meet foreign heads of the state in the Great Hall of the People.

On his left, there was a Bilibili logo with an animated character, creating an odd harmony. 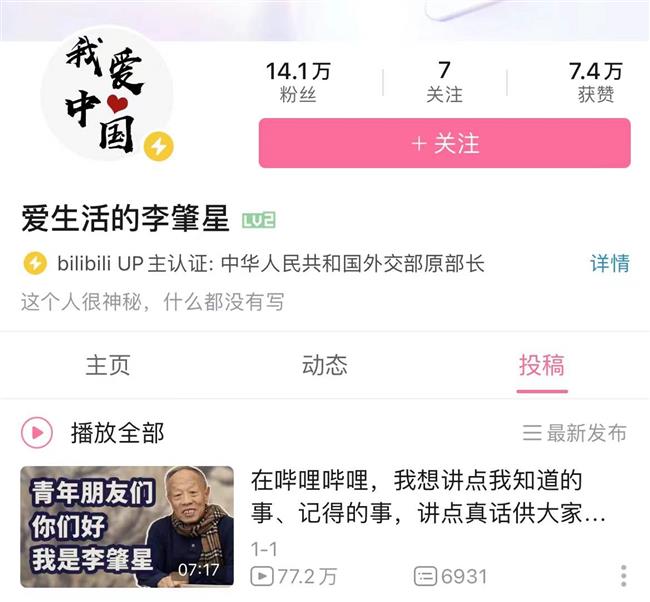 Li spoke as if he was chatting with his grandchildren on a lazy afternoon in the 7-minute, 17-second video. "I'd like to tell you something I know and remember for your reference," the video's title said.

He spoke of his experience growing up as a country boy to become a top diplomat and how "unwittingly he got into diplomacy."

Li was born in a remote mountain village in Shandong Province. "As a child, I wasn't much of a talker.

I did not speak sweetly in order to please my grandparents," he stated.

He was "a bit muddle-headed" when he joined China's Ministry of Foreign Affairs, but it turned out to be a wise decision. Diplomacy was in his blood to some extent.

After seven years at the Chinese embassy in Kenya, he returned to Beijing in 1977. He began his career in the Foreign Ministry's Information Department and rose to the position of director-general. 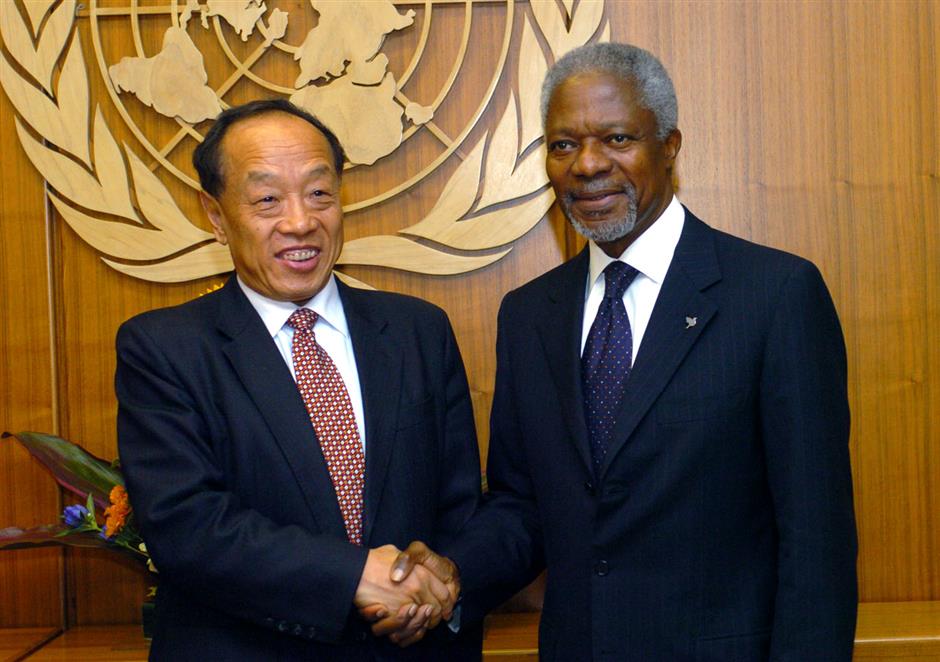 Usually blunt in his comments, he spoke of being jittery at having to "talk unceasingly" as a spokesperson. Ji Xianlin, one of China's greatest scholars on history, culture and languages, came to his rescue.

Li revered the professor when he was at Peking University. He called on Ji, seeking advice on his new post. "Don't tell lies," Ji advised.

"I was never nervous again," he said. "It's so simple not to lie. You just need to tell the facts within the scope of your role. It's as simple as that."

Li concluded his video with a famous Confucius dictum: "When I walk with two others, they may serve as my teachers."

He treated it as his life motto.

"I became more aware of my ignorance as I visited more places," he said. "So, I called you dear students and teachers. Though you are much younger than me, there's a lot I need to learn from you. I'm so proud to be with you and study together."

Many people were won over by his gentle and unassuming demeanor.

"He exemplifies what a great man should be! He's very approachable, and his observations are fascinating!" "It's a privilege to be your classmate!" "I'm delighted to see you on Bilibili." "In this rapidly changing society, we need your advice," were some of the comments on the website. 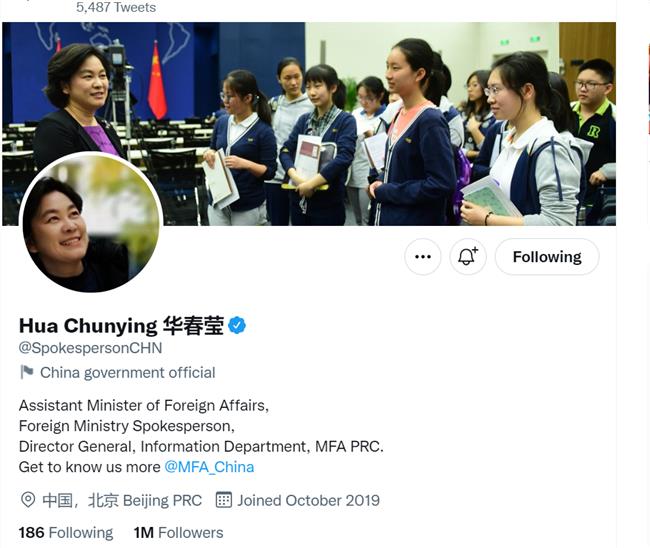 In an era when "social media diplomacy" has become ubiquitous, an increasing number of Chinese diplomats are using popular social media platforms to make their voices heard. Bilibili provides a perfect entry point to reach the Gen Z group.

The foreign ministry's spokesperson office launched its official channel on Bilibili on February 22, 2021, with spokesman Wang Wenbin appearing in the first video, welcoming Bilibili as a new member of the office's "new media family."

To date, the office's Bilibili channel has attracted more than 3 million followers, and the first video posted on it has been viewed nearly 8.3 million times. 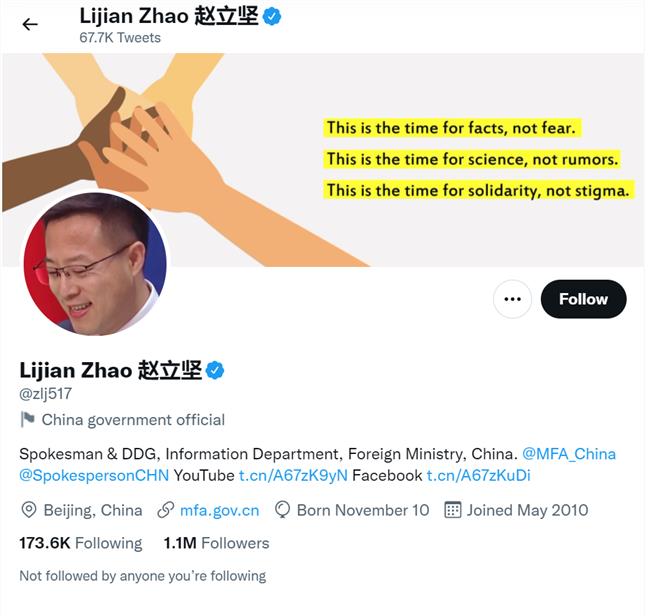 Besides domestic platforms, the ministry has also expanded to overseas platforms like Twitter, which is hearing more active voices from Chinese diplomats.

Both of them have more than 1 million followers.

"As for the more frequent use of Twitter by Chinese diplomats, I think it's nothing strange. This is an era of new media," Hua said on June 20 last year.

"Just as many foreign diplomats and journalists in China use WeChat and Weibo, Chinese diplomats have taken Twitter as a channel and platform to communicate with people in other countries," she said. 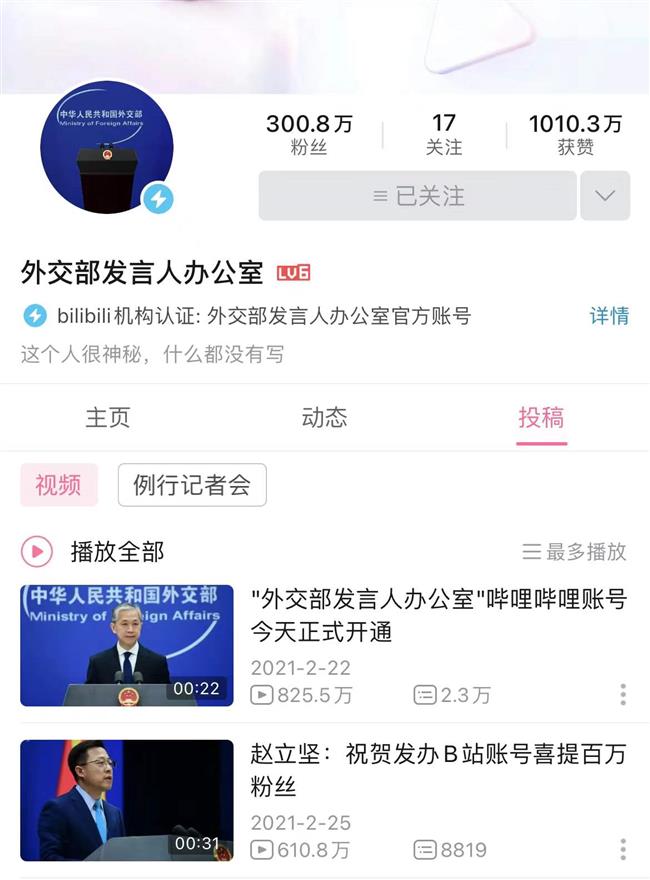 China has diversified its diplomatic approaches as it is moving closer to the center on the world stage. There are four major changes in our diplomacy:

Experienced diplomats like Li Zhaoxing use humor and stories to make complicated foreign affairs graspable to the general public. He appears like a normal grandpa, a retired person, in front of the camera. It caters to the popular taste, talks up foreign affairs, and encourages "civilian diplomats" to promote Chinese stories.

2) More transparent to the public

Authorities bathed in an aura of authority, such as the spokesperson's office of China's Ministry of Foreign Affairs, are using Bilibili, Douyin and other online platforms to release information. It is akin to face-to-face communication with the public.

3) Get into social media platforms

New media changes diplomacy in contents and promotion. Many foreign leaders and diplomats often post on Twitter and Facebook about foreign affairs. China has also adapted to the changes, responding with a number of social media accounts such as foreign ministry spokesperson Hua Chunying on Twitter and the Chinese embassy in Cyprus on Facebook. It has proven to be a huge success.

4) Deeper interaction with the public

Besides regular press conferences, social media has provided an alternative for Chinese diplomats to interact with the public. While Hua and Zhao reflect the country's stand on an issue, Li promotes people's understanding of foreign affairs, intensifying a sense of belonging. As one netizen said: "I feel like (I am) sitting at the press table at the foreign ministry's press conference as Li interacts with me. So excited!"

(The story was written by Du Zhiyuan, a researcher at Yu Nanping Studio, a Shanghai thinktank)