Procurators from different districts in Shanghai can share and access cases and information in other districts through a digital data-sharing platform, according to the Shanghai People's Procuratorate.

The platform collects different kinds of cases, such as those involving the protection of minors, public-interest litigation and anti-drug cases as well as telecommunications and Internet scams.

Lawyers can review case files through an online platform after the procurators opened an online channel of case files.

The procurators, judges and police can share the criminal case files through the platform.

Take Putuo District's Changfeng business zone for example. Companies there don't need to appear in court when they have financial disputes as the district court began online court sessions in December last year. 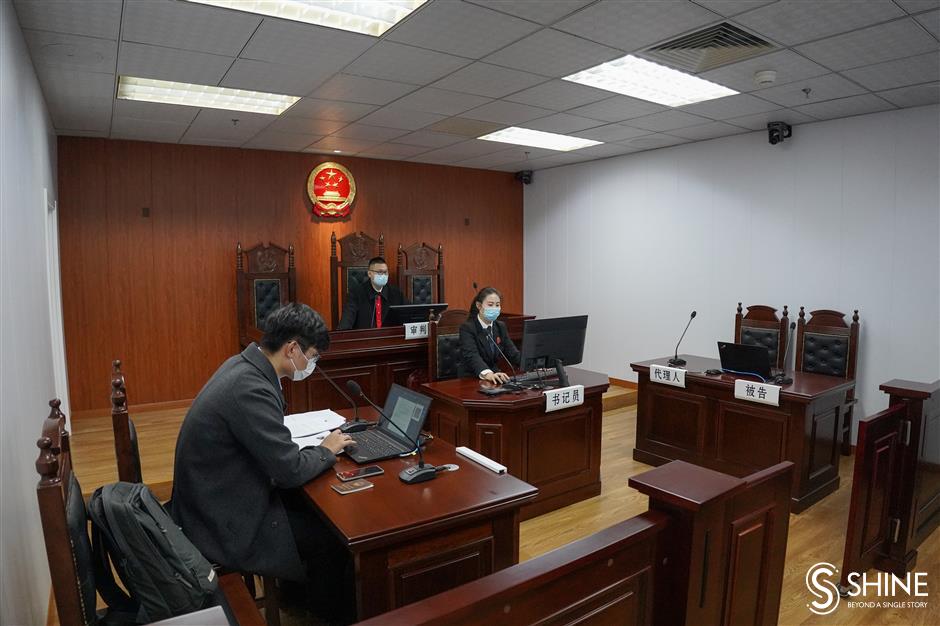 A plaintiff and a defendant in Putuo District's Changfeng business zone stay at their own homes instead of coming to court for a trial about a financial dispute. 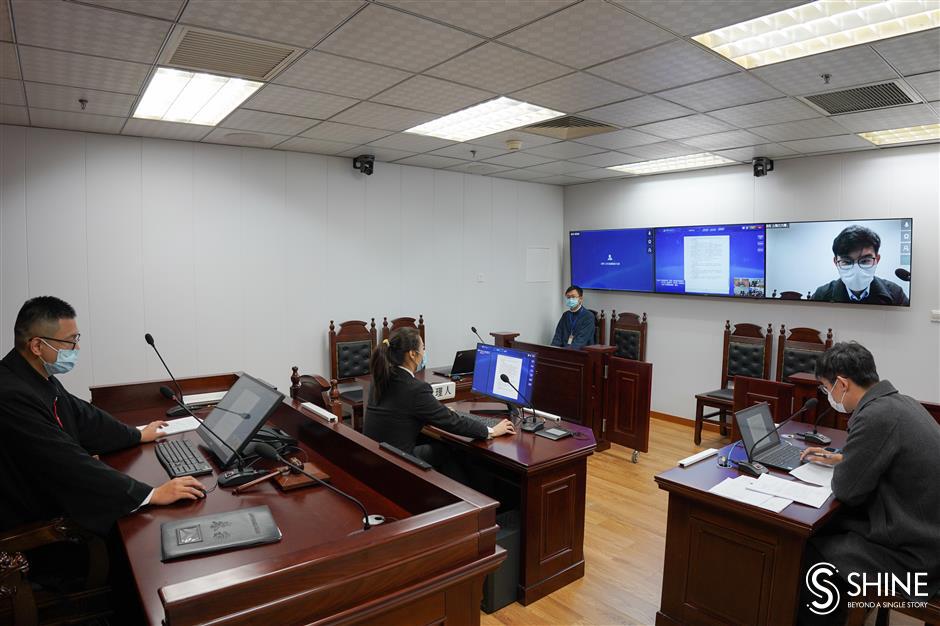 A man talks with a judge via video call at a trial in Putuo District.

All the examples listed above are part of the efforts in Shanghai to build a digitalized justice system.

As Shanghai aims to step into the fast track of making itself into a "global digital hub" by 2035, procurators and judges have begun to apply digital techniques in charging and judging cases.

Here is another example: Beginning last year, people who fall victim to illegal fundraising scams in Shanghai can log onto a digital platform for authentication, query and registration as well as checking the amount of money they can recover.