Zhang Xi, a resident of Xuhui District, needed to look up the time of death of his grandfather in the 1970s, so he went to the community service center in Tianlin Subdistrict on January 7.

When a person died, their death is marked on their household registration booklet, or the hukou booklet, and copies of the information in the booklets are kept by police.

At Zhang's request, workers at the center looked up the information on the computer and immediately printed out the result for him, which left him wondering.

"When I previously sought help about hukou issues at a police station, the officers would dip their heads into paper archives and spend a long time locating a single piece of information," he said. "I had no idea that it has all gone digital and become so convenient now."

In Xuhui District, the hukou lookup service began to be digitized in August last year.

As a result, the average time spent on one lookup in the archives has been reduced to under five minutes from the previous 10 to 20 minutes, according to the district police.

In Xuhui District alone, police help to look up hukou archives for residents about 350 times a day. For work needs, the police look up the archives on their own about 200 times per day.

Last year, over 20 million pages of paper hukou archives kept by police have been digitized in Xuhui.

Instead of seeking police, residents can receive this service at community centers as well.

In China, people look up hukou information for various purposes, predominantly when it comes to real estate property and employment issues.

The information is not always readily available to people, especially information from decades ago, because the booklets with the information might have been lost or otherwise unavailable.

As the keepers of the information, police have long been bothered with the concern that many of the archives are gradually being lost.

The archives are kept in rooms with controlled temperatures and humidity, but inevitably the papers become bleached, dried out, and broken over the years, and more so with each touch. This is an irreversible process. 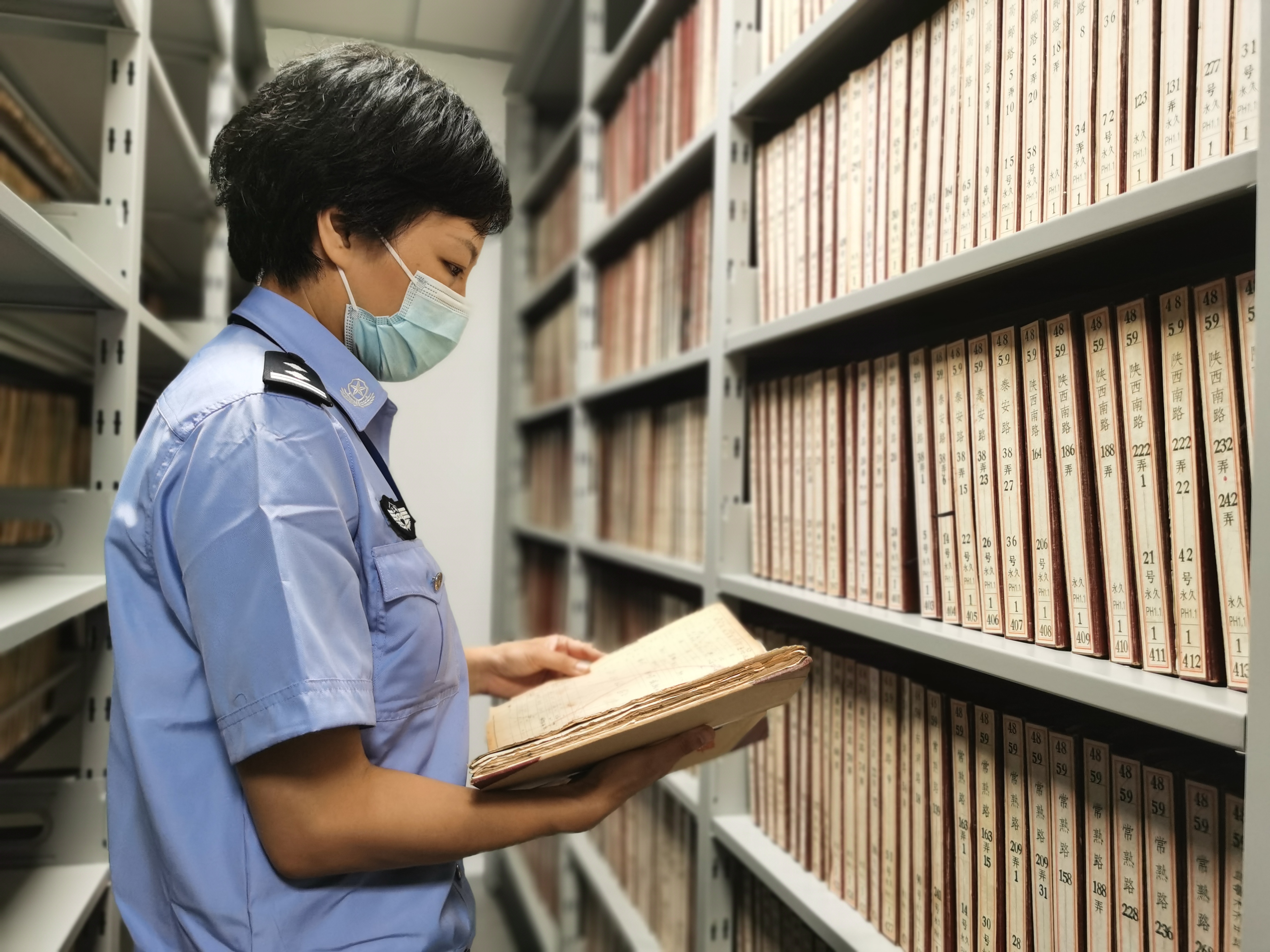 This problem is even more acute to the police officers at Hunan Road Police Station in Xuhui District, which is surrounded by old residential complexes dating back to the founding of the People's Republic of China in 1949. Requests for hukou lookups take up a rather large part of the work of police there.

"For a lookup in the paper archives, people need to provide the precise names and addresses to be searched for. It gets harder for us to find the information when several families shared a house at the same address," said Yan Xiaoyun, an officer at the police station.

The work is further complicated when a person being looked up had moved their hukou several times in the past. Sometimes someone who seeks help has no idea which address to look up for a person, Yan added.

Now, the paper archives have been scanned and turned into digital high-resolution pictures. When a search request is typed into the computer, a software will match the digital archives against it and return a result immediately.

The software enables searches based on any of the seven items of information – the archive number, name, ID card number, address, birth date, death date and time periods.

The benefits of digitization are many. The digital archives can be preserved forever and require no physical storage space, and they're kept equally safe under passwords, police said.

In the meantime, it reduces human labor significantly and enables the police officers in charge of hukou issues to serve people more efficiently.

Similar efforts are being carried out in other parts of Shanghai as well.

Shanghai police said they will keep working on the digital archives application to better serve residents.